This interesting sound installation forms part of the National Museum of Wales’ Fragile exhibition and invites the public to play songs that will be big enough to smash the clay covering a huge wall of speakers. 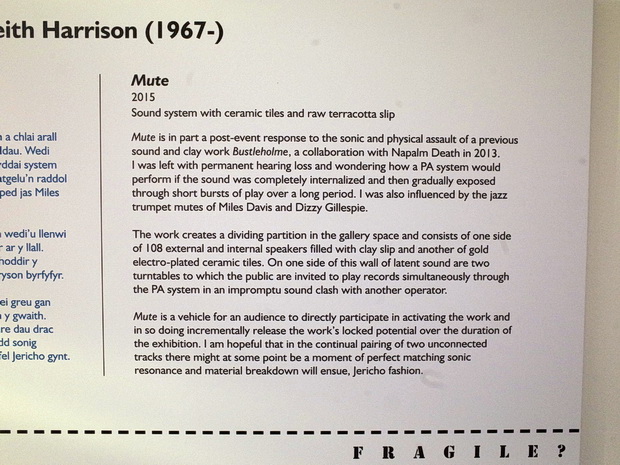 A response to an earlier collaboration with extreme metal band Napalm Death, artist Keith Harrison invites the public to play two songs simultaneously with the aim of creating a noise that will break down the slip clay covers obscuring the speakers. 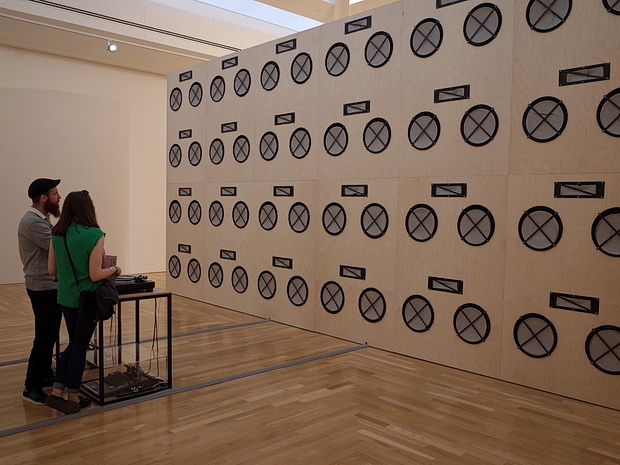 I am interested in the opportunities that clay offers in its different states; as a liquid, plastic and solid and, ultimately, the potential for the direct physical transformation of clay from a raw state utilising industrial and domestic electrical systems in a series of time-based public experiments.

Clay is treated generally inappropriately and variously applied onto an electrical host form. The resulting works are wilfully idealistic and impractical attempts to permanently change, in full or in part, the properties of clay or in combination with other raw materials produce a temporary sensory alteration such as the generation of sound or an aroma to fill a space.

In contrast to the unpredictable processes of transformation, the dimensions of works are carefully defined and taken from a range of sources including a fitted carpet, 12’’ vinyl records and terrorist bomb targets. A colour coding system has been re-appropriated in a number of previous works to commemorate significant public or private dates.

Ideas are triggered at unlikely moments by a film, a conversation or a new opportunity. These are initially explored through drawing as an attempt to bridge the gap between the open possibilities and freedom of an imagined two-dimensional space and the physical realities of clay and three-dimensions.

I am continually intrigued by the simultaneous activities of making and destroying and manipulating the public’s role in the observation of this process. I produce works that are located somewhere between the grim fascination of a car crash, the formality and unpredictability of a scientific laboratory experiment and a wedding night disco. 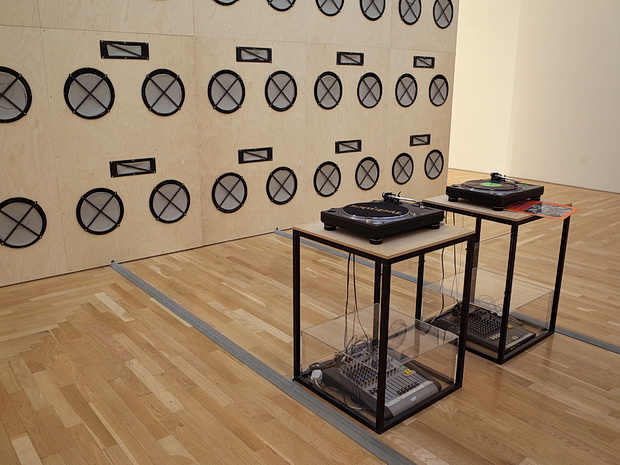 As you might imagine, having two songs playing at the same time through a large PA system creates a right royal racket, with the clay covers giving the sound a muffled and quite unpleasant sound.

Given that the show started back in April 2015, it appears that no one has managed to find the right mix of bands to create a clay-crumbling mix as none of the speakers were exposed.

I gave it my best shot and even added a bit of stylish scratching on low notes, but ne’er a piece of clay could be seen to even crack.

Still, being invited to make a load of noise on turntables is always a fun proposition, and I can now (technically) claim to have DJd the National Museum of Wales! 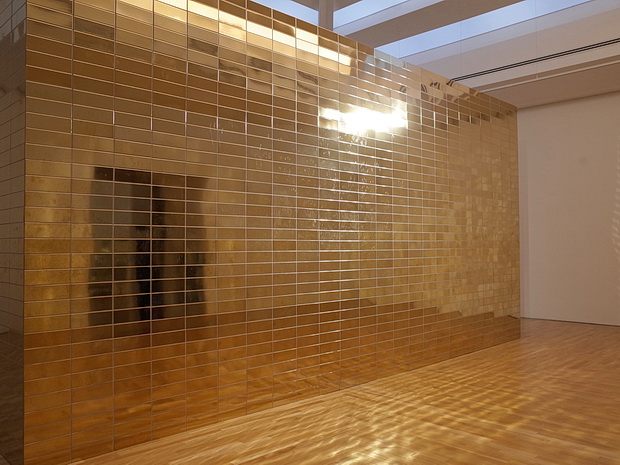 The golden rear of the speaker wall. 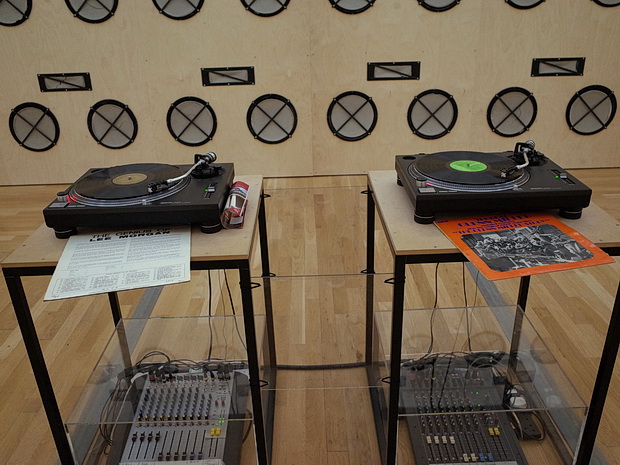 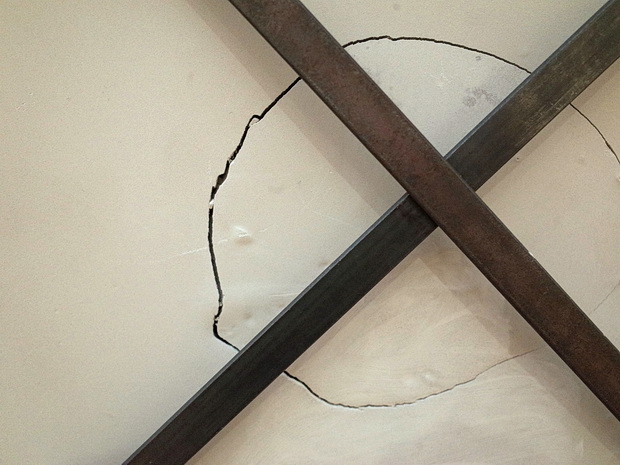 A small crack in the clay. 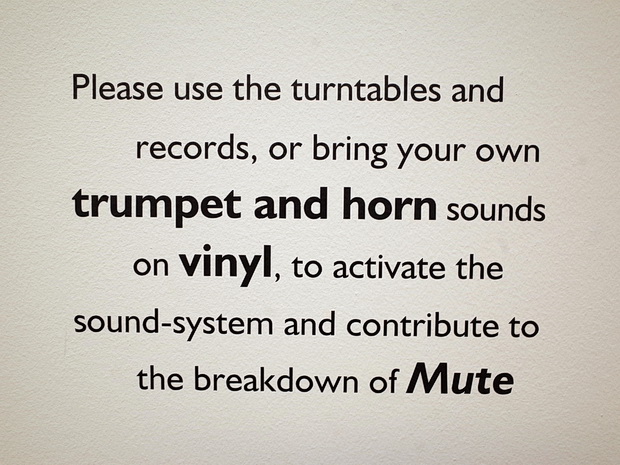 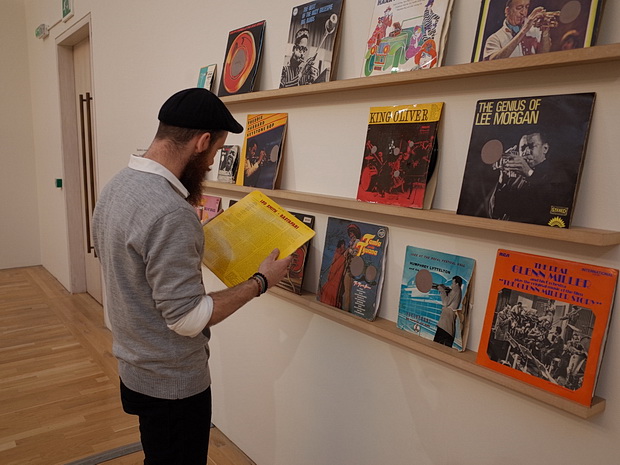 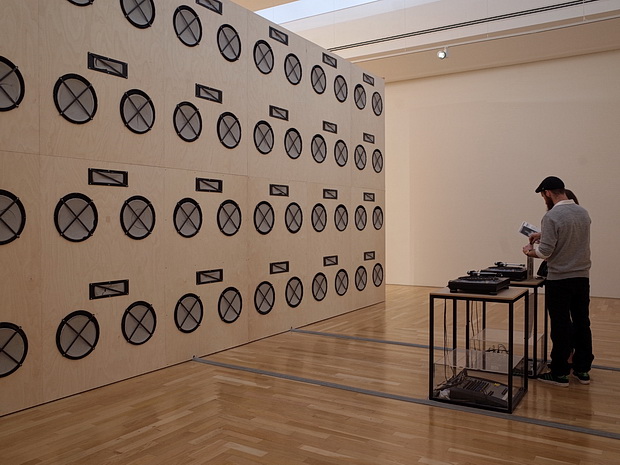 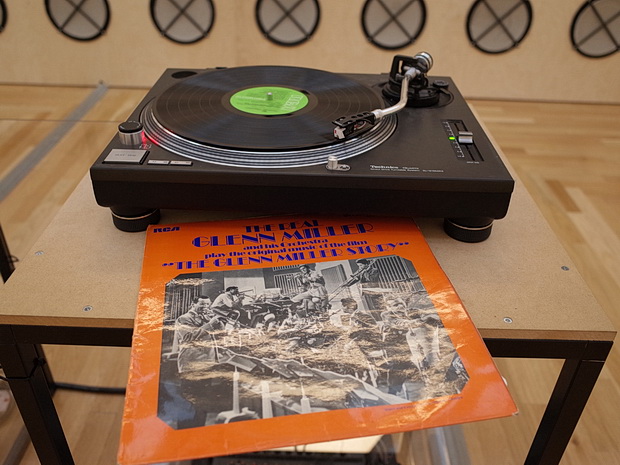 I laid down some mighty Glenn Miller. 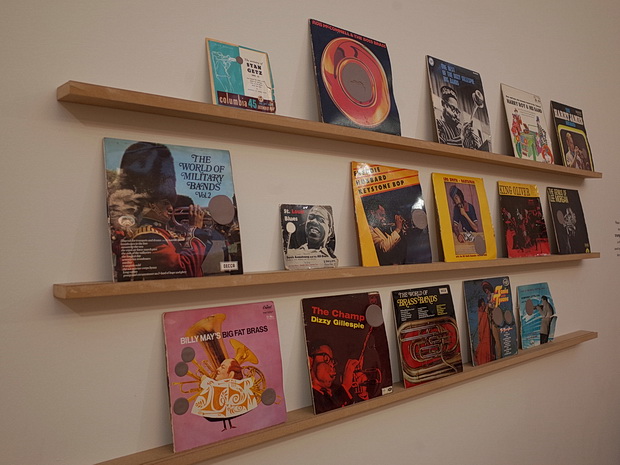 Each of the album covers contained circles of the same clay. 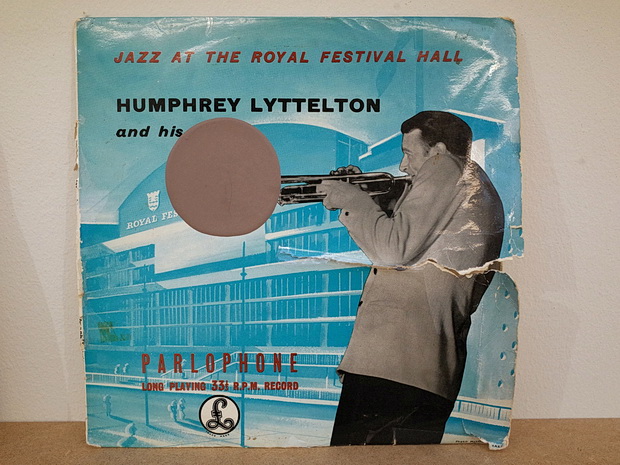 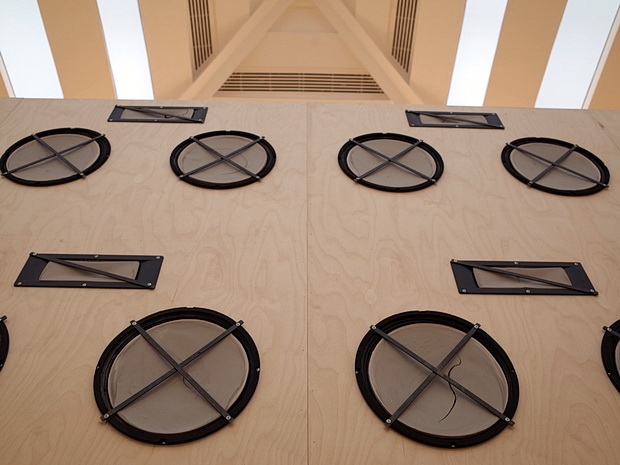 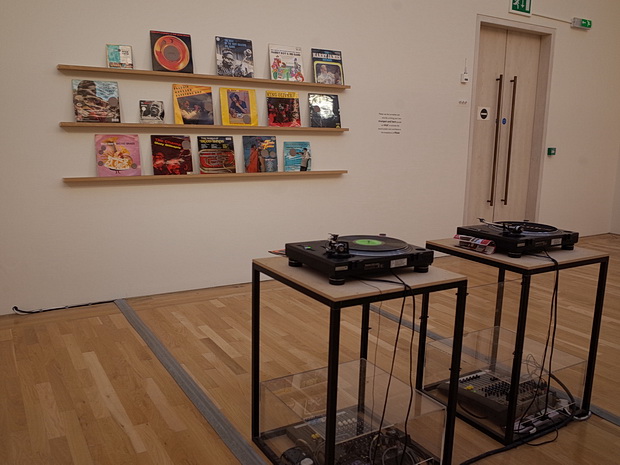 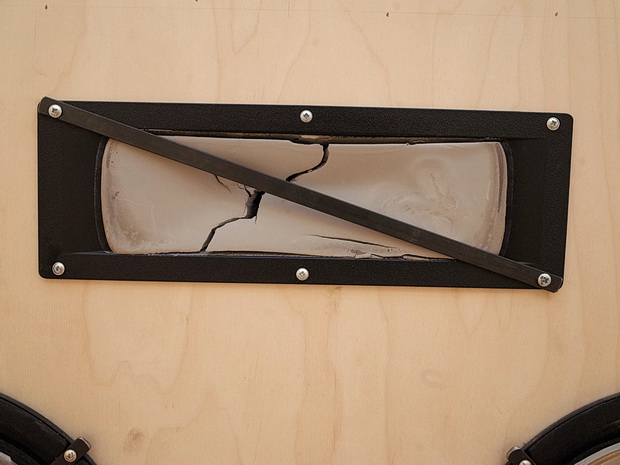 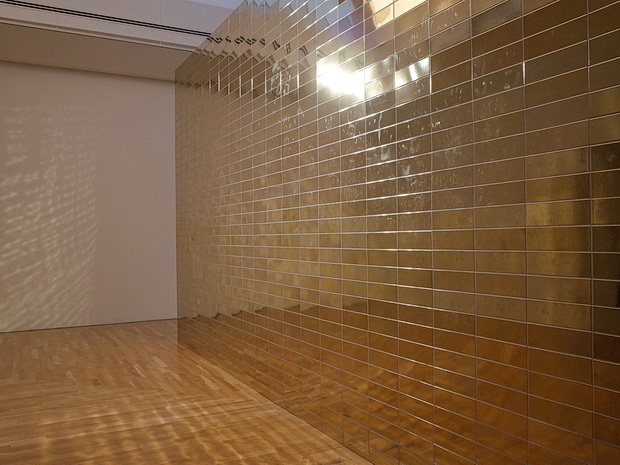