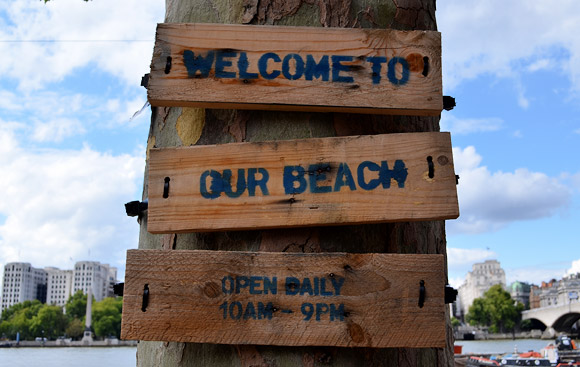 London’s South Bank has been rolling with a strong British seaside theme since April (until Sept 4th), with 48 tonnes of sand and a series of beach huts adding some ‘kiss me quick’ ambience to the centre of London. 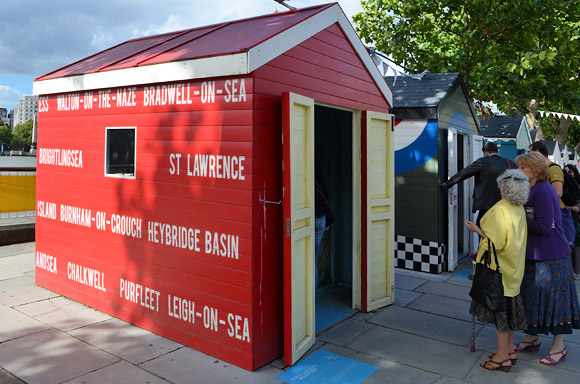 As part of the installation, there’s a row of fourteen artist-designed themed beach huts situated by the Thames.

This one is decorated with the names of places in Essex directly adjacent to either the River Thames or the North sea, and was (ahem) ‘imagined’ by Phill Jupitus. 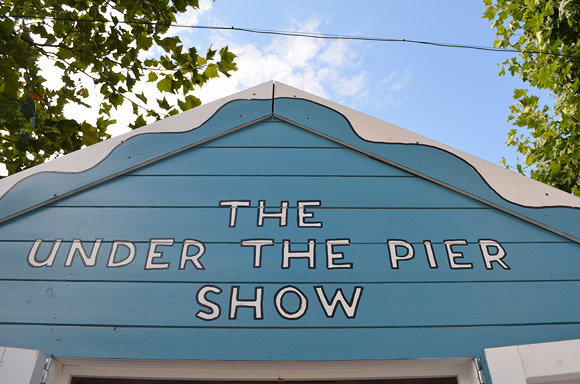 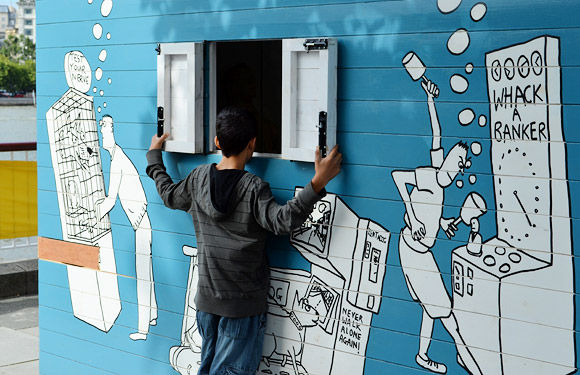 The ‘Under the Pier’ hut contained a collection of home-made coin operated machines and low-tech simulator rides made by Tim Hunkin.

They’re a load of fun and the original machines can be seen on Southwold Pier – see my 2007 feature for more. 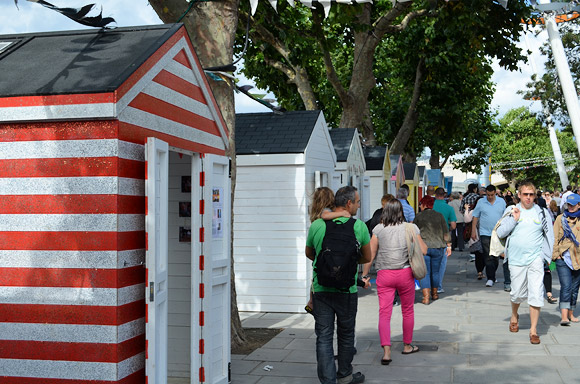 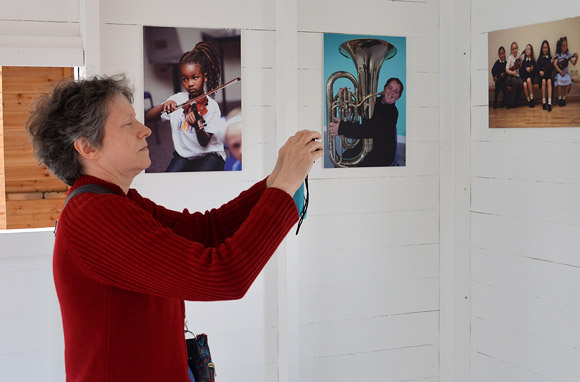 Taking a photo inside a hut. 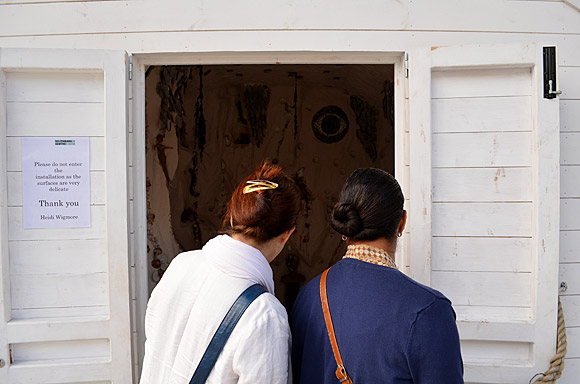 Looking inside the ‘Shell Grotto’ hut.

Shell grottos started life as pagan shrines dedicated to water nymphs in ancient Greece, but became popular as ‘cavern-like’ retreats in 19th century England and were seen as melancholy places associated with creativity (as least that’s what the South Bank website says). 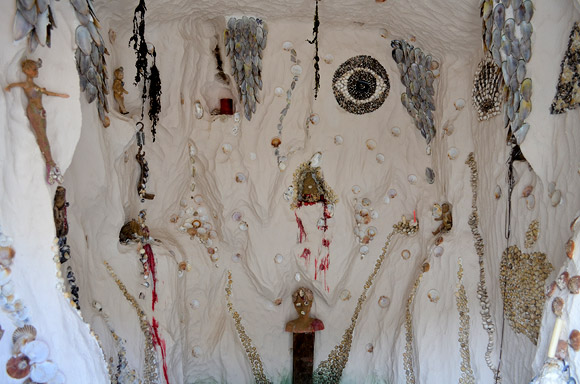 Inside the grotto shed. 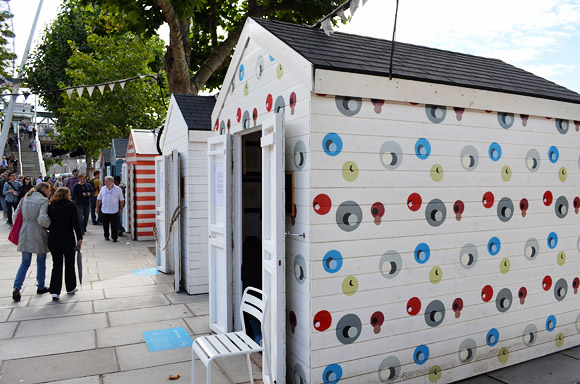 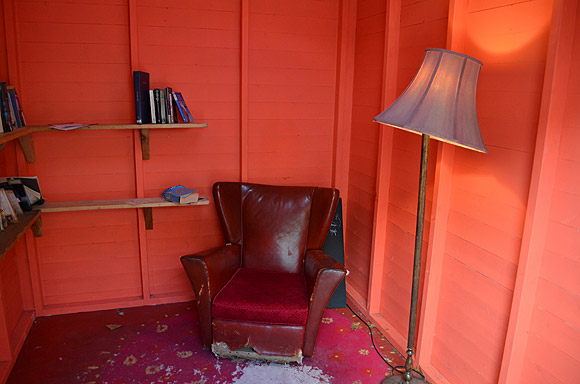 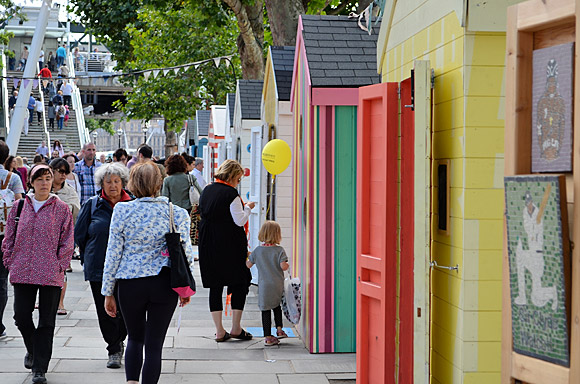 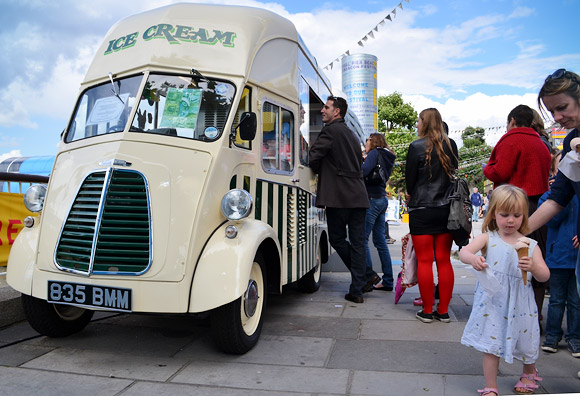 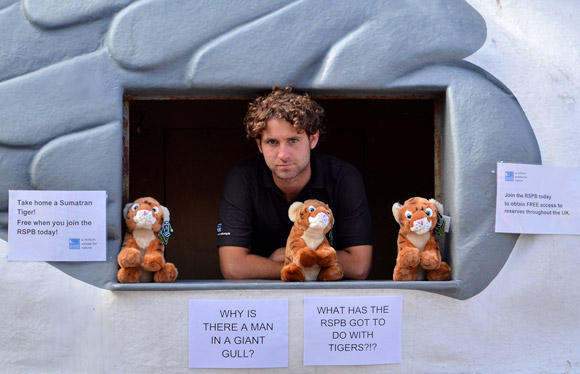 A man inside a large plastic gull. 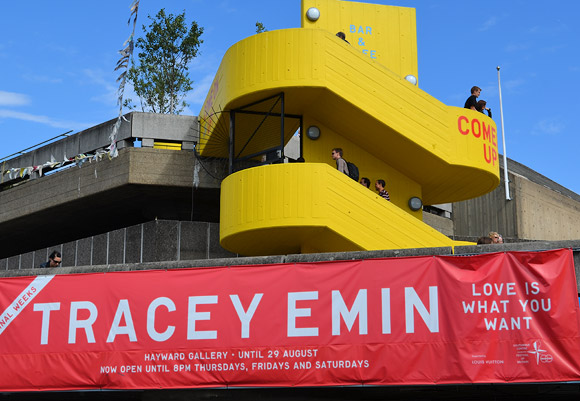 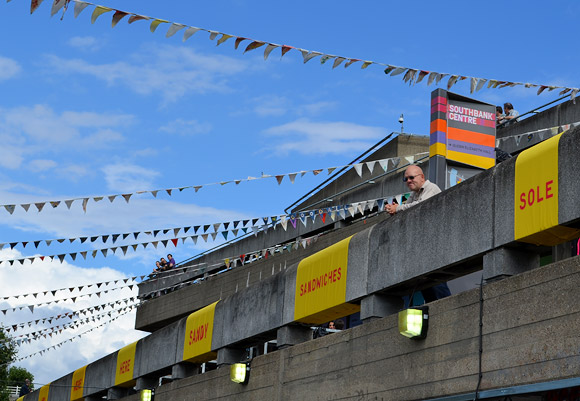 Bunting on the austere lines of the Royal Festival hall. 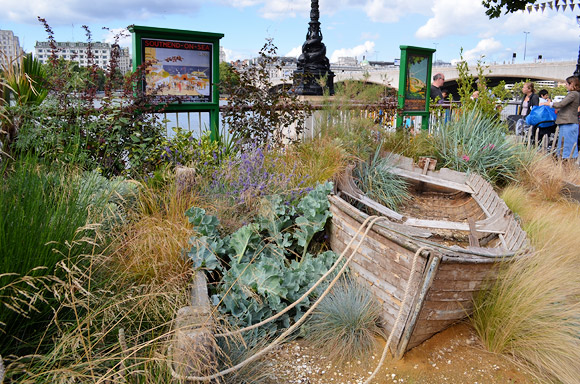 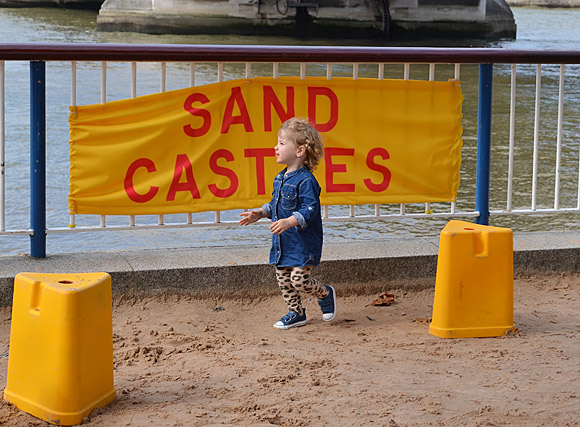 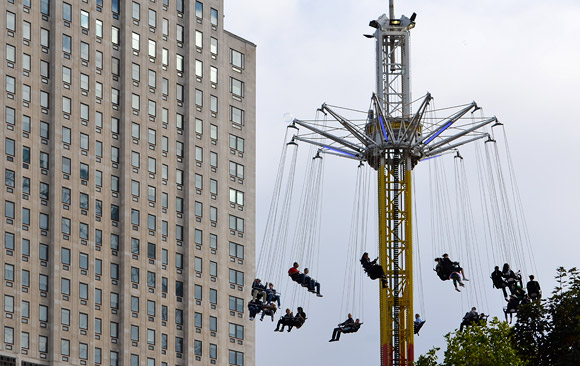 Fairground ride with the distinctive Shell Centre building behind. Constructed in 1961 to a design by Sir Howard Robertson, the tower stands at 107 metres (351 ft) with 27 storeys.

Notably, the tower was the first skyscraper to exceed the height of the Victoria Tower of the Palace of Westminster in London. 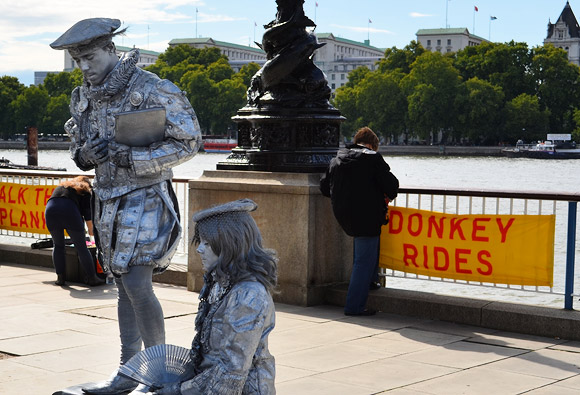 The enduring appeal of these ‘human statues’ continues to elude me, but they must make some money because the South Bank is ruddy well festooned with them. 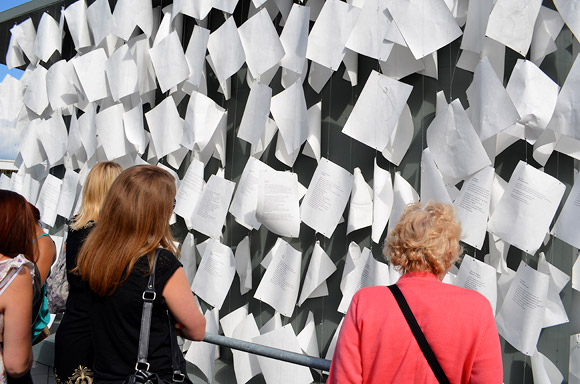 Art installation by the Festival Hall. 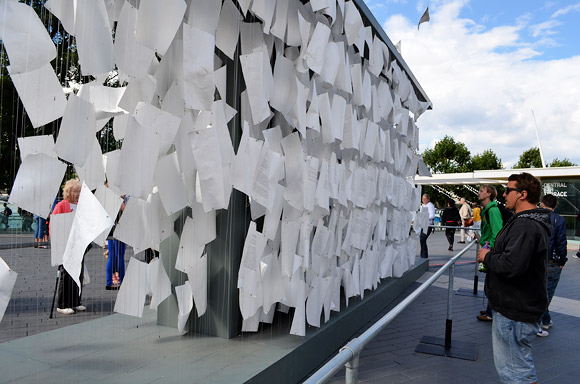 Brighton beach huts and shelters in the winter chill