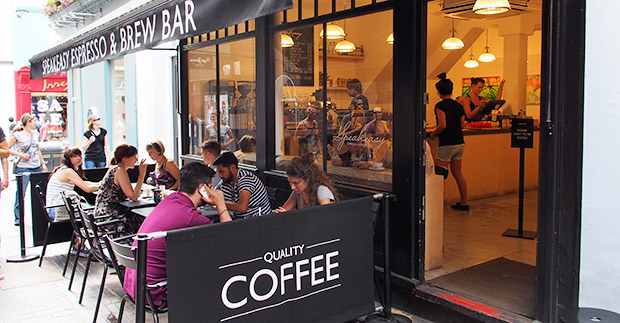 Burdened with a mighty hangover from the last night’s over-indulgences, I figured a good strong coffee in a decent cafe would see me straight, but Soho’s Speakeasy Espresso and Brew Bar failed to impress. 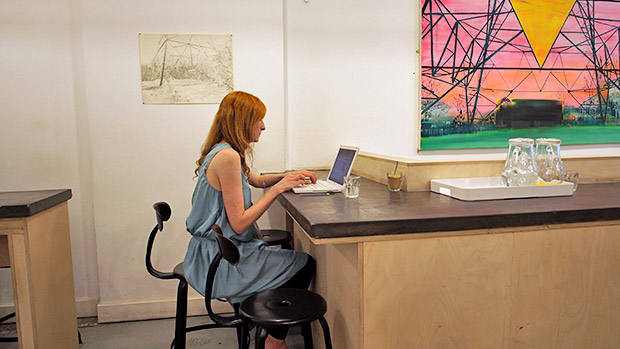 Sporting concrete covered tables, white walls and a stripped down layout that could either be described as beautifully minimalist or just plain cold and uninviting, the cafe occupies two floors, with the basement bereft of windows. 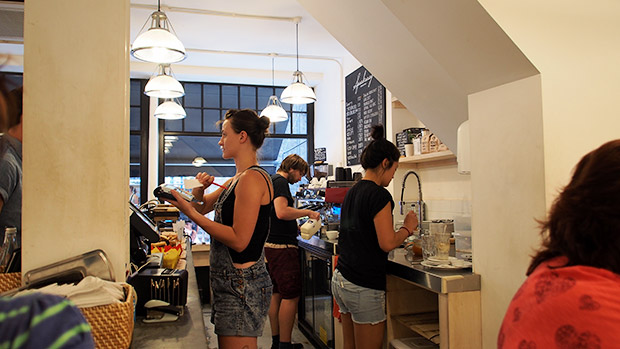 There’s an open plan arrangement, with the large serving area occupying the central part of the ground floor.

Rather pretentiously for a coffee bar, a notice at the door instructs you to ‘wait to be seated’ so you have to stand around until a waiter can be bothered to come over.

It’s a bloody cafe, not a posh restaurant! 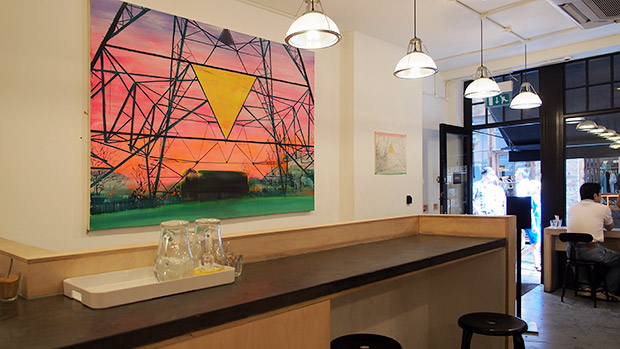 A view looking towards the entrance.

What you can’t see are the small, tinny speakers that were blaring out endless disco at a displeasingly loud volume.

We first sat opposite the pylon painting but found ourselves in the firing line of an ear-grating speaker blaring out what sounded like a 1980s exercise workout tape.

We moved across to another table but there was no escaping the racket. 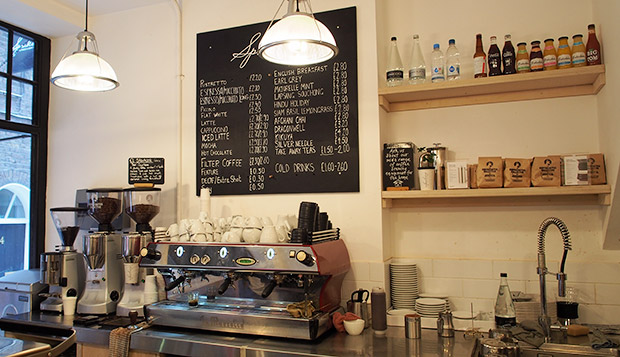 Despite reading some good reviews online, the coffee was a huge disappointment: we ordered a cappuccino and a flat white and they were both very average indeed, being far too milky, horribly weak and unmemorable. 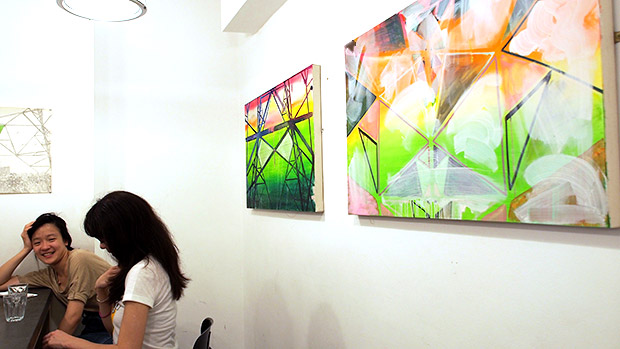 Those bare walls and concrete table tops meant that the trebly disco inferno echoed around the place. We had to raise our voices to be heard. Not good for a hangover. 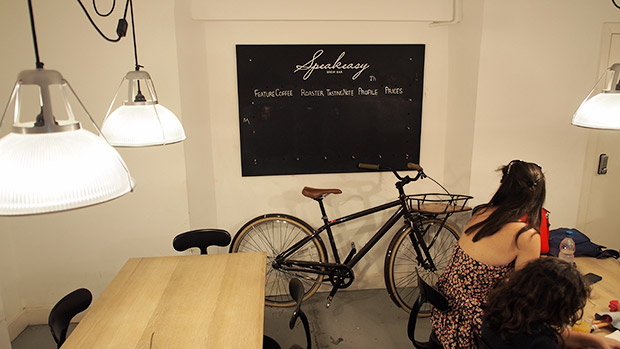 The small downstairs area. No idea what the bike is for. 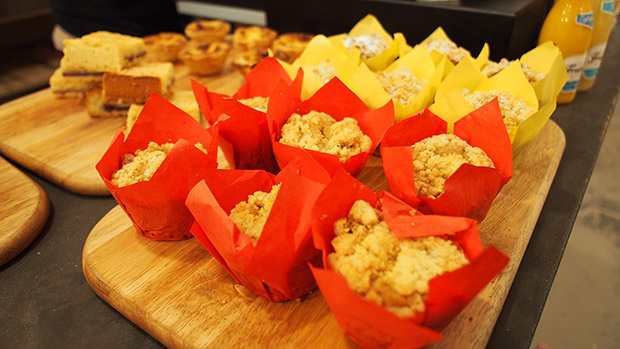 The cakes, it must be said, looked rather splendid, but I’m afraid the memory of the coffee and that bleeding headbanging disco racket means I’m unlikely to return there again in a hurry.