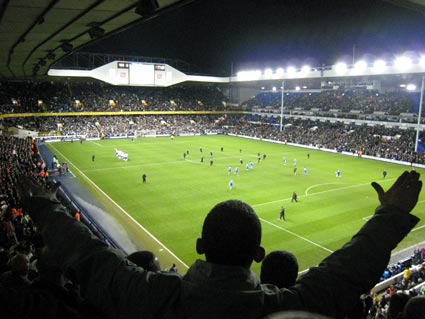 Yowch! That was a thumping! We were rubbish for all but the first 20 mins, but at least the Cardiff crowd were in fine voice throughout the game. 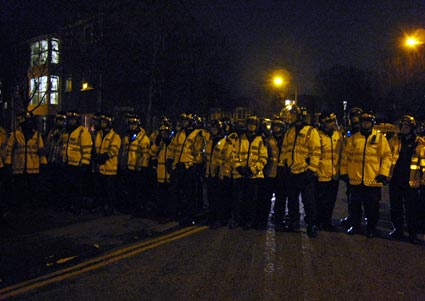 The evening was somewhat marred by a mass of riot cops giving it large and pushing people around at the end. 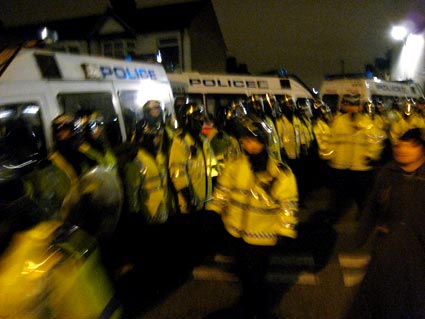 After being escorted on an hour-long tour of Tottenham against our wishes (we wanted to get the train/tube but were made to roam around with fans getting coaches back to Cardiff) we were told to wait on the pavement.

Then a few minutes later, a load of burly, ready-for-fisticuffs riot cops starting pushing us around saying we had to stand somewhere else.

Once they finished manhandling us, they pointed us in the direction of the train station and left us to walk through the estate unaccompanied.

Luckily there was no one about, but it could have been well dicey.