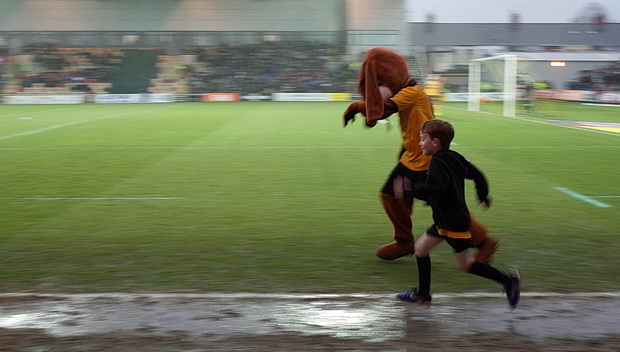 During my Christmas stay in south Wales, I took a trip to see Newport County FC see off Plymouth Argyll in an entertaining Boxing Day match.

It was great to see Newport back in the league, playing in front of a healthy crowd of over 5,000 people who had braved the relentless rain. 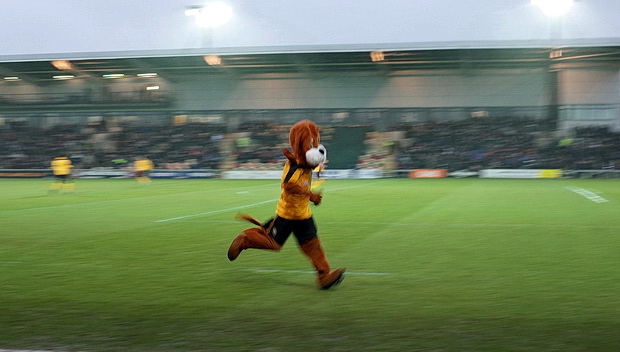 However, I did find myself somewhat distracted by the strange club mascot, known as Spytty the Dog.

Resembling a bizarre combination of paedobear and Deputy Dawg, the mascot moodily shuffled around on the touchline, occasionally sloping off into the club house like a surly teenager being sent to  bed. 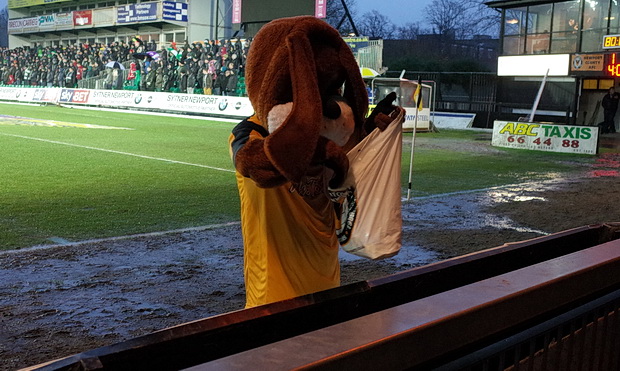 The person inside seemed to be fighting a losing battle with the outfit, lifting his elbows up at odd angles and constantly realigning the oversized head while trying to flick back the floppy ears. 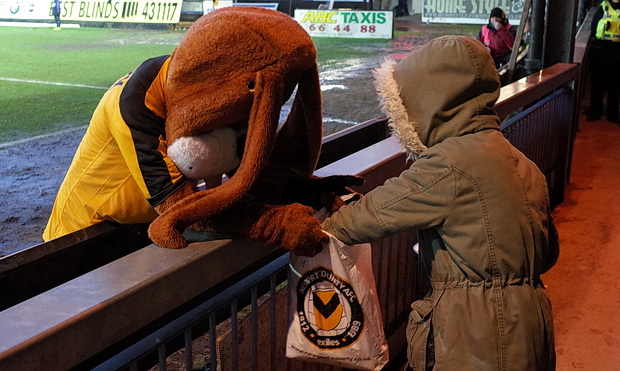 With the absolute minimum of enthusiasm, the mascot would offer a bag full of sweets to any small child that came into its vision, immediately drawing unwelcome comparisons with a half man/half dog sex offender. 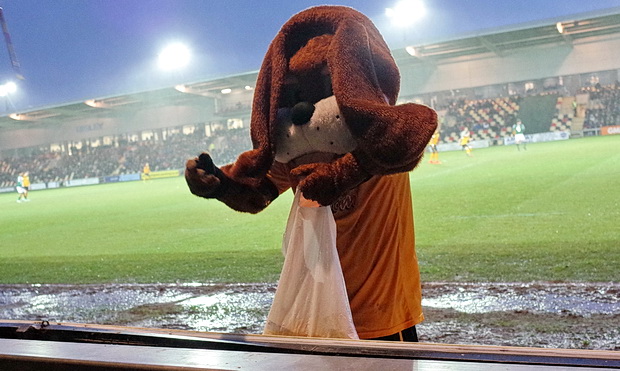 Elbows up, Spytty attempts to pull sweets out of the plastic bag, inadvertently recreating the classic paedobear pose. 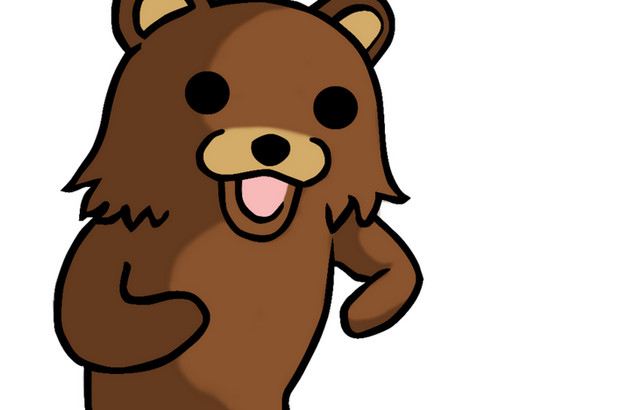 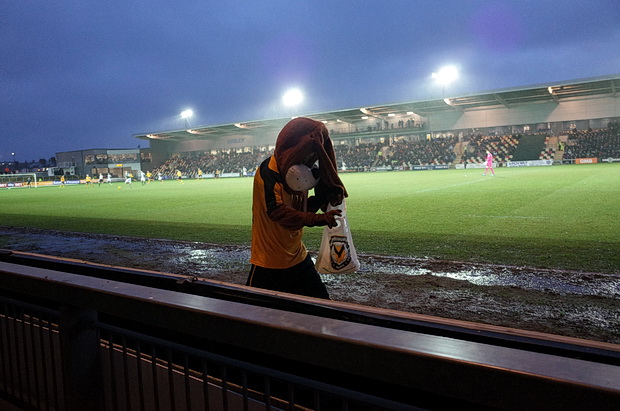 Sometimes, negotiating sweets out of the bag would take some time. 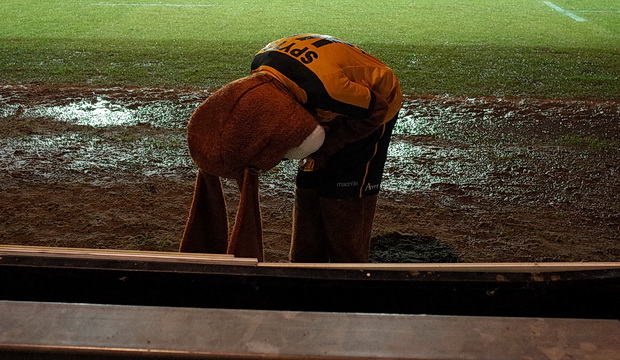 I’m not sure what he’s doing here, but he did it for some time. 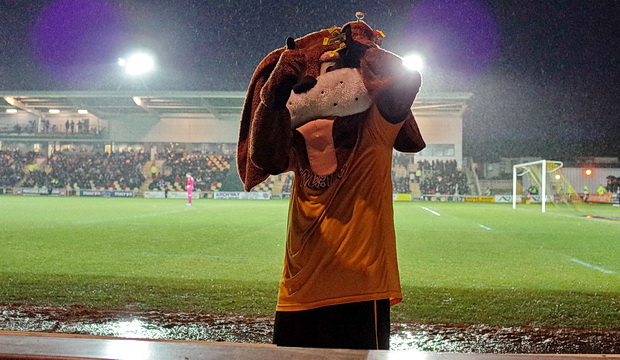 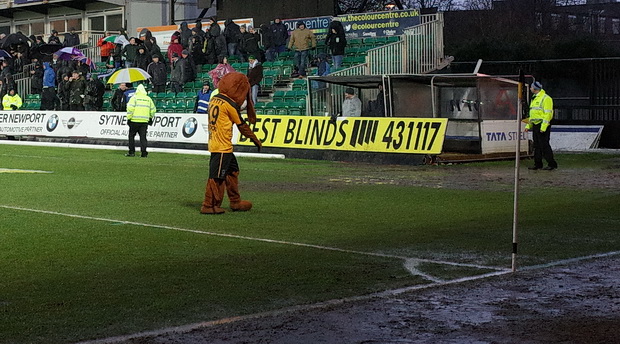 Spytty slinks off again. The Plymouth fans look on unimpressed. 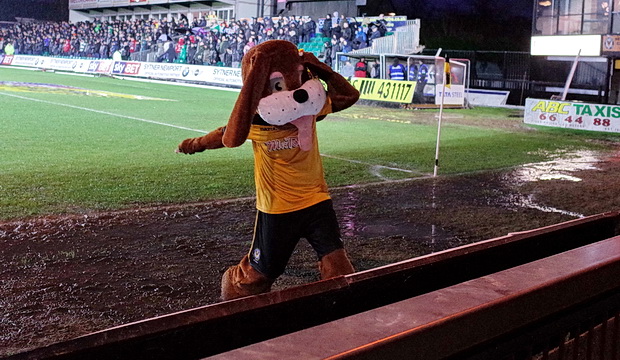 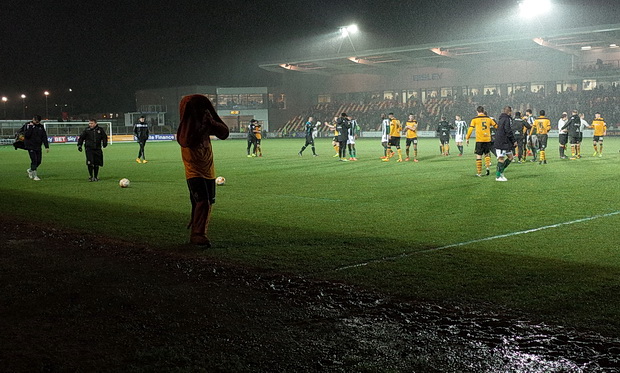 Final whistle sees Spytty lurking on the touchline, seemingly unmoved by the fact that his team have just won 2-0. 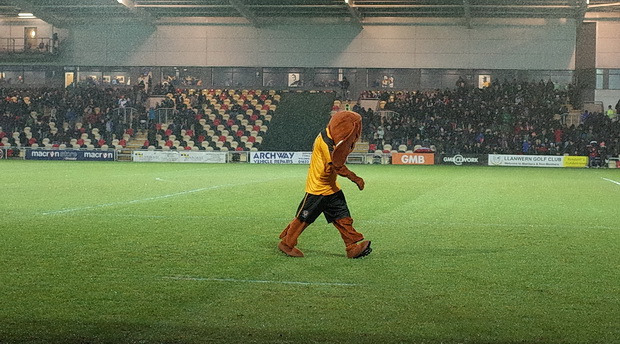 Head down and ears flapping disconsolately, Spytty leaves the stadium, perhaps heading home to play My Chemical Romance or consult some ‘specialist’ websites.