Squatters have occupied a former office block in the heart of trendy Soho, and have said that they intend to turn it into a hub for the capital’s growing army of homeless people. 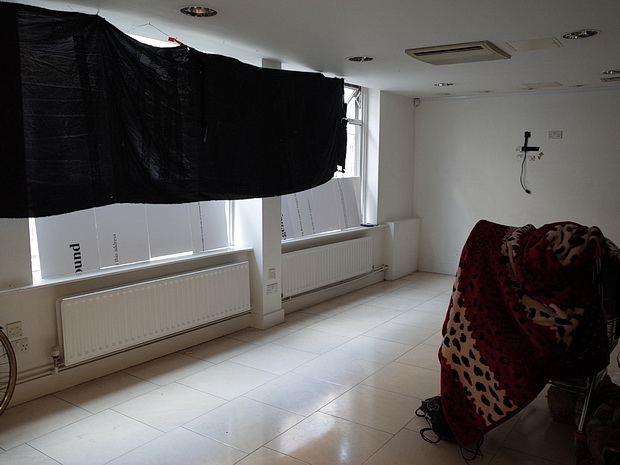 I popped in to see the squatters this afternoon, and once I’d got past the understandably cautious chap on the front door, found them to be a welcoming bunch.

One immediately offered me a roll up and a can of cider, while several others sat around and were keen to have a chat. One later got out a guitar, while another quietly fell asleep in his chair. 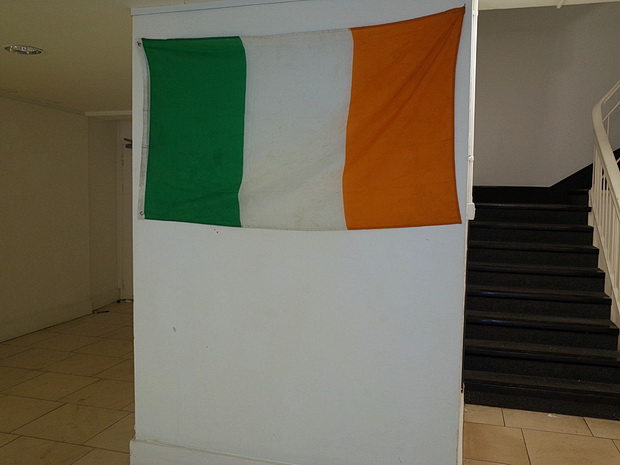 The activists said that by providing shelter for the homeless they wished to, “embarrass Westminster council and people in positions of power by doing the work they should be doing.”

Talking to the Standard, Jon, a member of Street Kitchen, added:

We want to offer a safe space policy to vulnerable and homeless people – no drugs, no violence, racism or sexism.

Our aim is to ensure no one has to sleep on the streets of London. There are thousands but to us one person is too many. 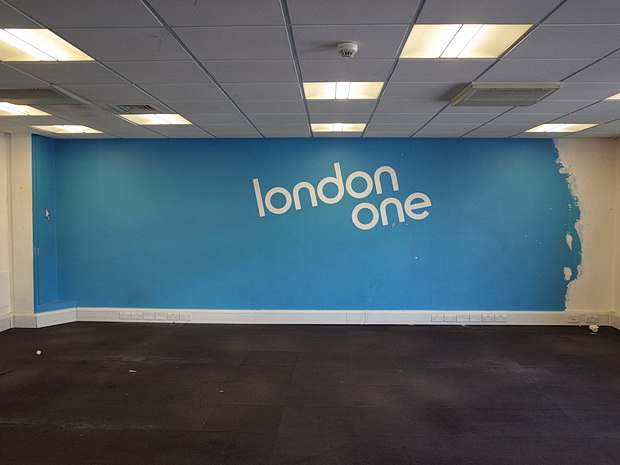 The squatters have enraged the right wing press by taking over a string of prestigious central London addresses this year, including the former Institute of Directors HQ on Pall Mall and an 18th century Grade II listed property in nearby Carlisle Street. 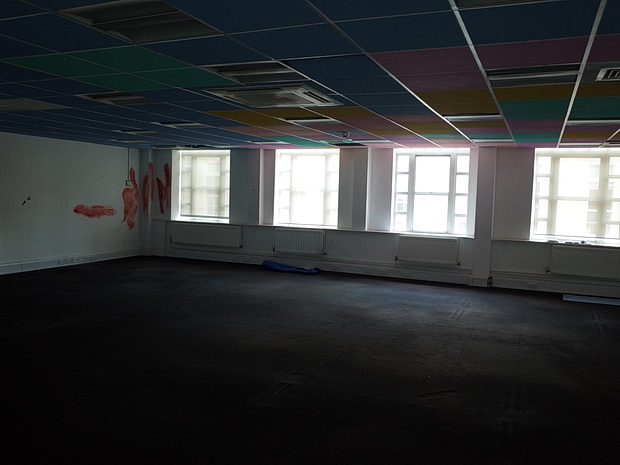 Their latest ‘acquisition to their portfolio’ – a five storey building in Frith Street – was formerly used by the digital agency Reading Room before being sold off to the John Lewis Pensions Partnership Trust in 2006 for £14.5 million. As far as I know it has lain empty since.

Last year, the company submitted an application to turn the building into ten flats with a ground-floor restaurant and a new luxury penthouse apartment. 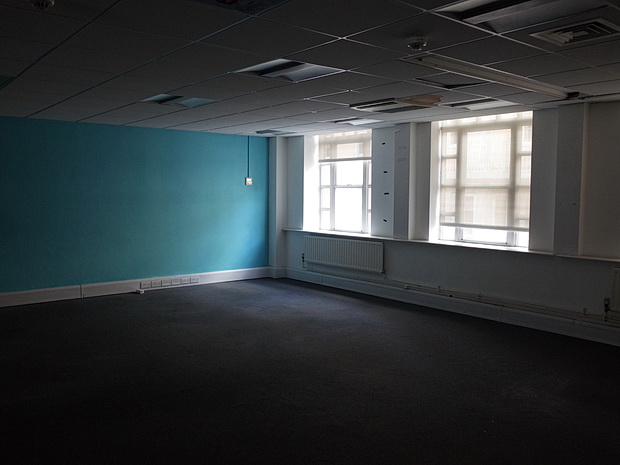 There was no provision for affordable housing in the proposals because housing poor people was deemed, “not viable and not practical.”

Instead, the company pledged to make a payment to the council to fund new affordable housing elsewhere, a practice that didn’t find favour on our forums:

As for paying the council to get around the social/affordable housing obligation – I have no polite words for people like that at all. 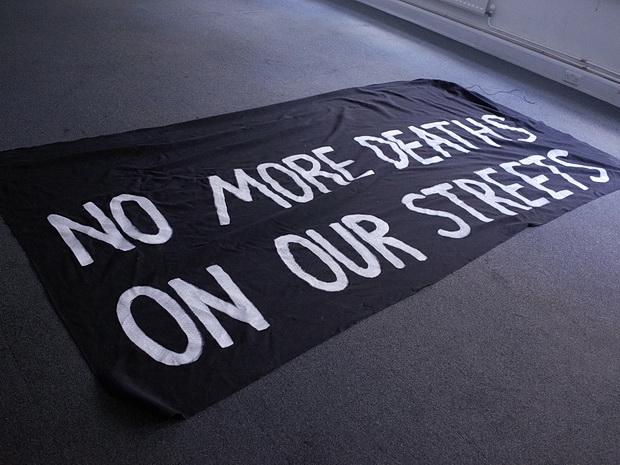 The place is huge and pretty much completely empty of any furnishings on all floors.

In the corner of some of the rooms I saw one or two homeless people enjoying a warm spot to sleep, while a few sleeping bags and a tragically small collection of personal belongings were left in other spaces. 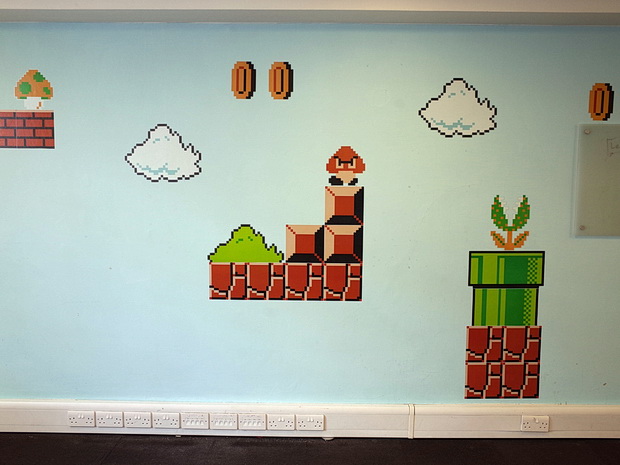 The building’s legacy as a digital agency can be seen in some of the wall decorations, displaying what could now be described as vintage game graphics. 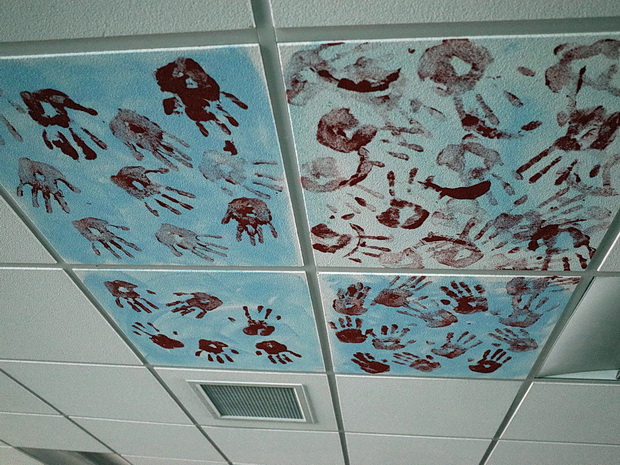 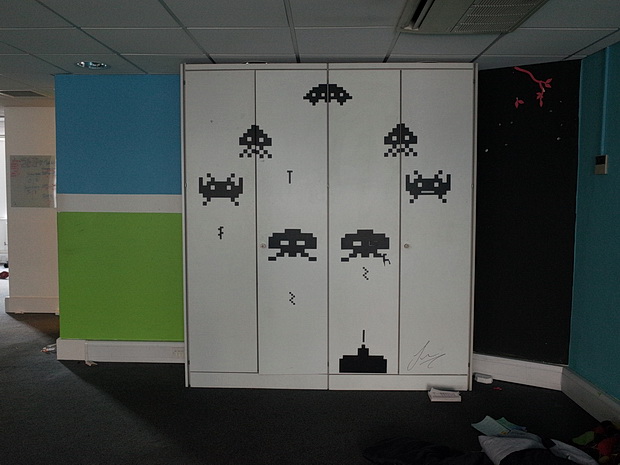 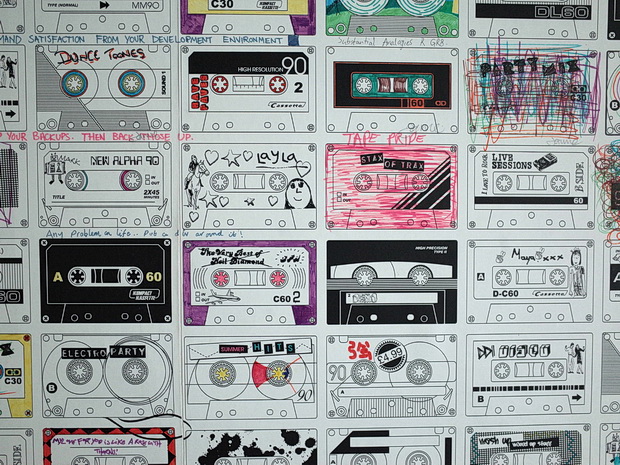 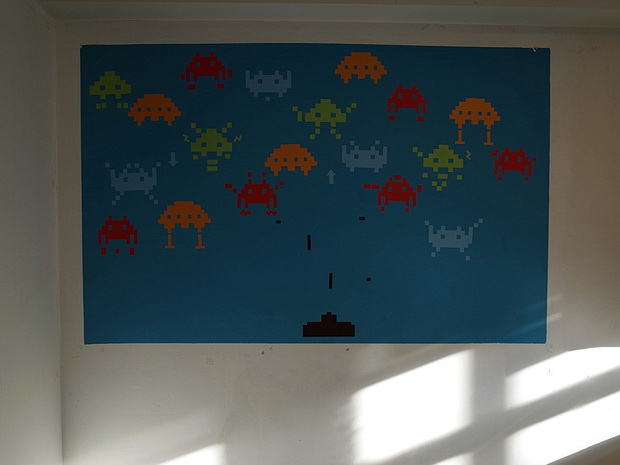 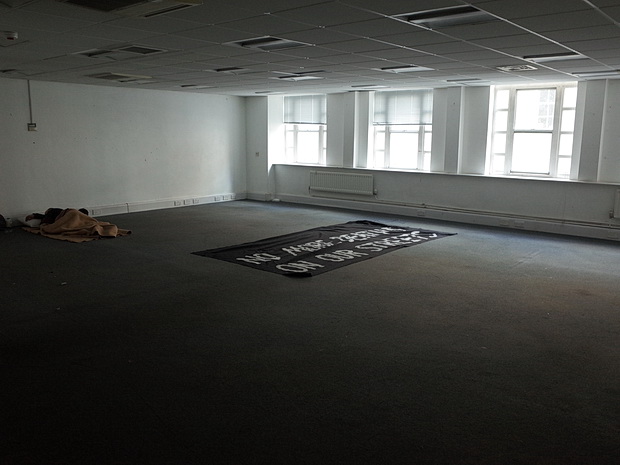 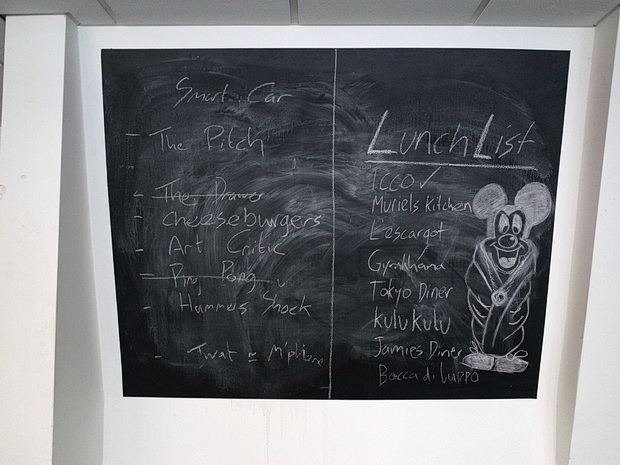 A rich choice of fooderies for the previous occupants. 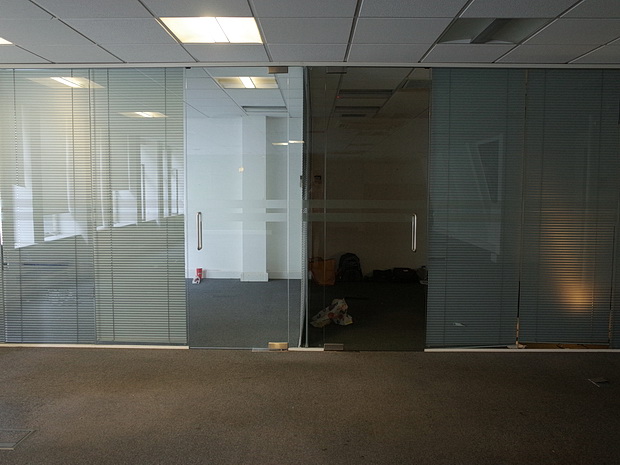 Sleeping inside the executive offices. 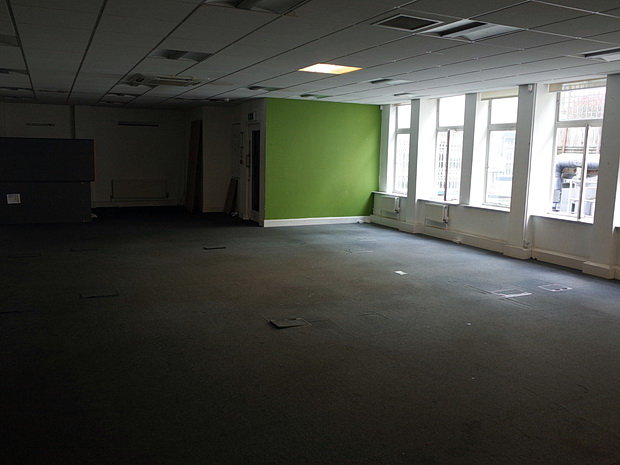 Discuss this on the forums: Squatters take over Soho offices to create a hub for London’s homeless people.