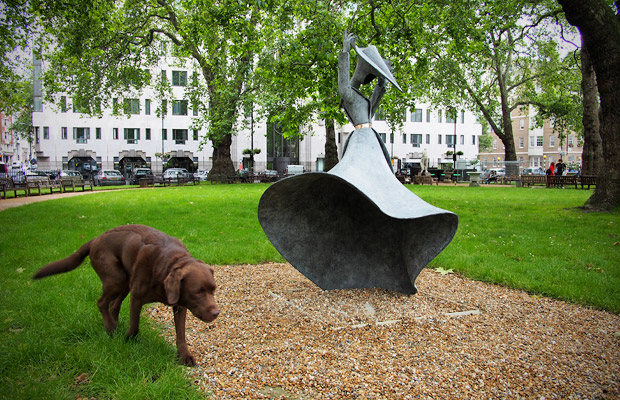 There’s usually an interesting collection of  modern sculpture to be found on display in Berkeley Square, central London, and I liked this rather creepy, swirling faceless nun which can currently be seen in the park. 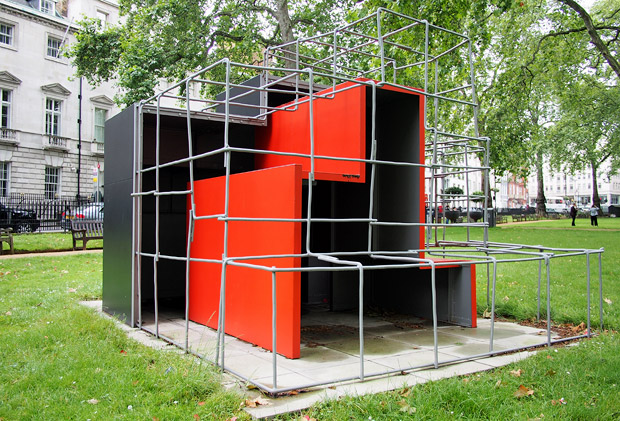 I’m not entirely sure what I make of this piece by acclaimed sculptor Jeff Lowe, which is being displayed as part of the City of Westminster’s celebration of the London 2012 Olympic and Paralympics.

At first I thought it was a stage in the process of being erected, but Lowe offers his own insights into the work:

The sculpture engages the viewer on an architectural scale.  Working with inside and outside, volume and space and the physical relationship between the spectator and the object.  The sculpture has both volumetric and cage like elements, which are combined to create both image and experience. 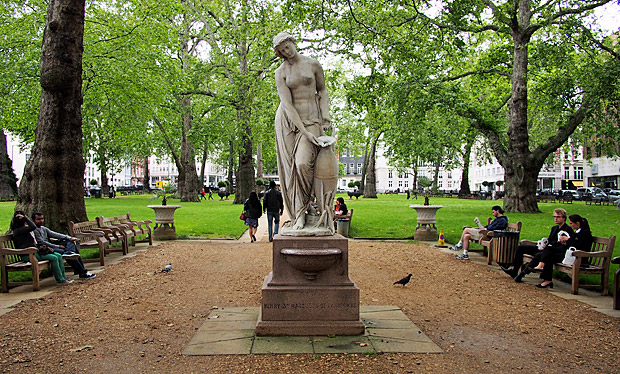 A more tradition sculpture can be seen at the entrance to the park, in the form of the  Nymph statue by Alexander Munro, erected in 1858.

Berkeley Square is named after the noble Gloucestershire family of the same name whose London home, Berkeley House, had stood nearby until 1733. The townhouse had served as their London residence when they were away from their ancestral home in Gloucestershire, Berkeley Castle.

Number 50 Berkeley Square is said to be the most haunted house in London. 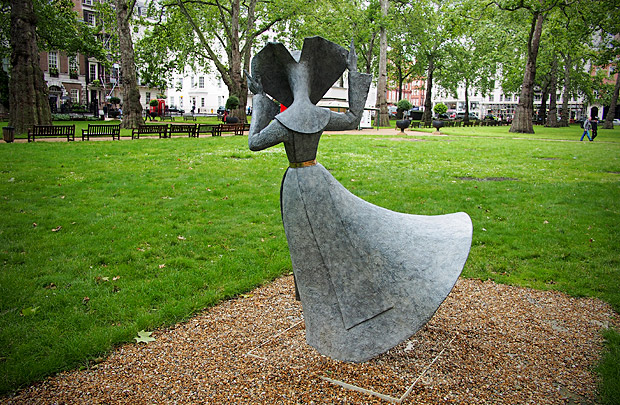 Another view of the bizarre faceless nun sculpture. I rather like it.

I couldn’t find any info about this intriguing  work on-line. Anyone know who it’s by and what it represents?

Update: thanks to the thread on urban75, I’ve discovered that the work is called Gale Force Nun II and is by Philip Jackson. 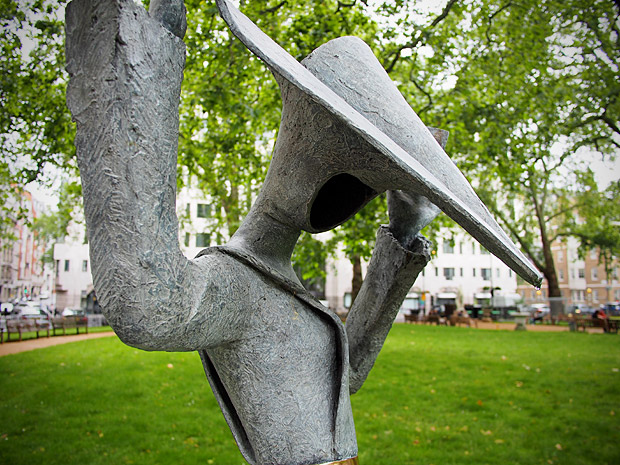 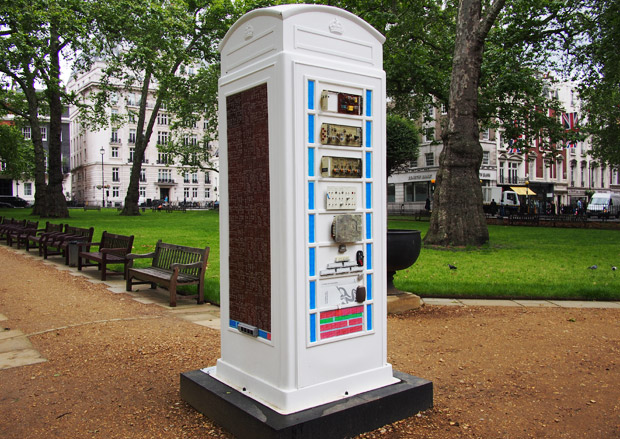 There were two further decorated replica phone boxes in the park from the BT ArtBox project. 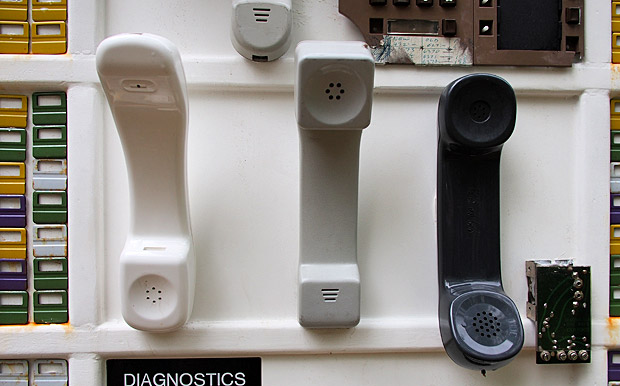 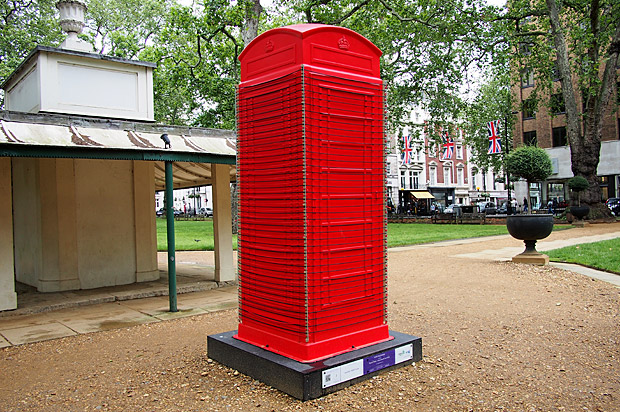 Batman, a high-rise unicyclist and an alcoholic confession: scenes around Trafalgar Square, London

It’s a goat. On a pile of boxes. In Spitalfields, London