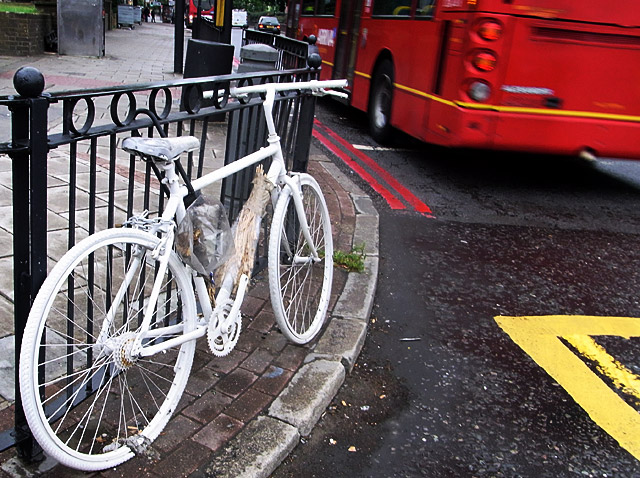 After six deaths in the space of two weeks this month, London’s cyclists are fighting back and have called a major protest to put pressure on  Transport for London to make the streets safer. 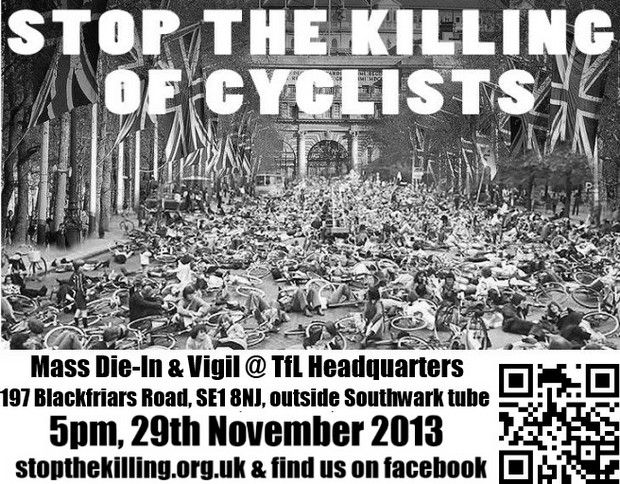 This Friday, 29th November, cyclists are invited to a ‘mass cyclist die-in and vigil’ outside TfL’s HQ at The Palestra Building, 197 Blackfriars Road (opposite Southwark Tube Station), south London.

– We need Amsterdam levels of money spent per person on London’s Cycling Safety NOW.
– Cycling Organisations need at least 2 formal Board Members on TfL Board.
– We need ALL Boroughs to be spending at least 10% of their Mayoral approved transport budgets spent on cycling infrastructure.
– We need all Borough and TfL Transport Heads qualified to deliver Dutch Style safety or be fired.
– Children, pensioners and inexperienced adults should not be forced to share space with HGVs and Buses.
– We need a FULL Integrated safely designed segregated cycle network in London within 5 years.
– ALL dangerous junctions need to be redesigned to Dutch standards ASAP.
– Ban on any vehicles whose drivers cannot see adjacent road-users
– Make Oxford Street a pedestrian/cyclling only street
– All London streets to be 20mph
– Compulsory Cycle Awareness training for all truck/bus companies operating in London
– Protection for cyclists on Left Hand Turns to become standard design at major junctions
– Filtered LHT to be legal for cyclists with top priority for pedestrians.

Photos of the London Nocturne 2013 bike races in central London

2 Comments on “Stop The Killing Of Cyclists – Die-In and Vigil at TfL HQ in London, Friday 29th Nov”