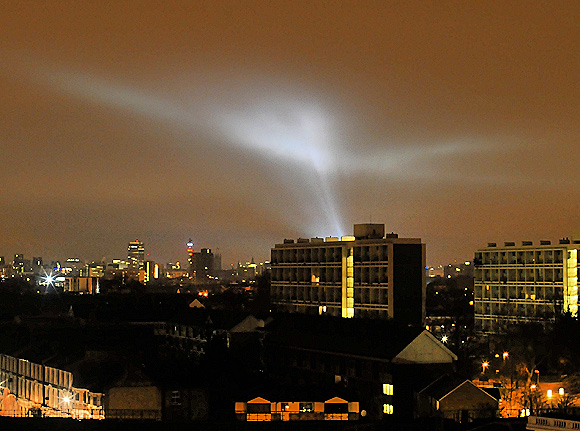 Looks like someone’s quietly testing out a big lighting rig near the Thames tonight, ready for the London Eye’s snazzy relaunch before sunrise. 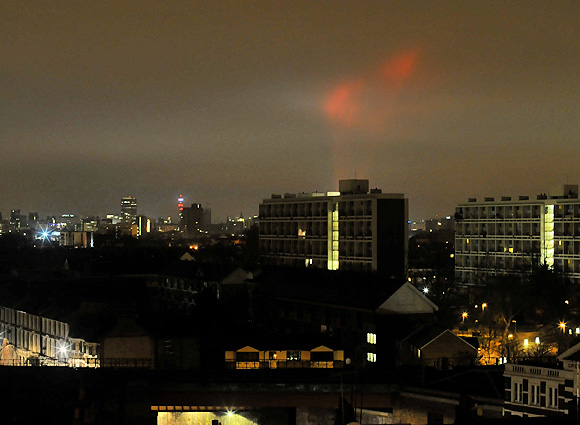 This is the view from Brixton. The lights have changed from yellow to red and back to white and look rather fab.

Maybe I could borrow them for my next Offline club? 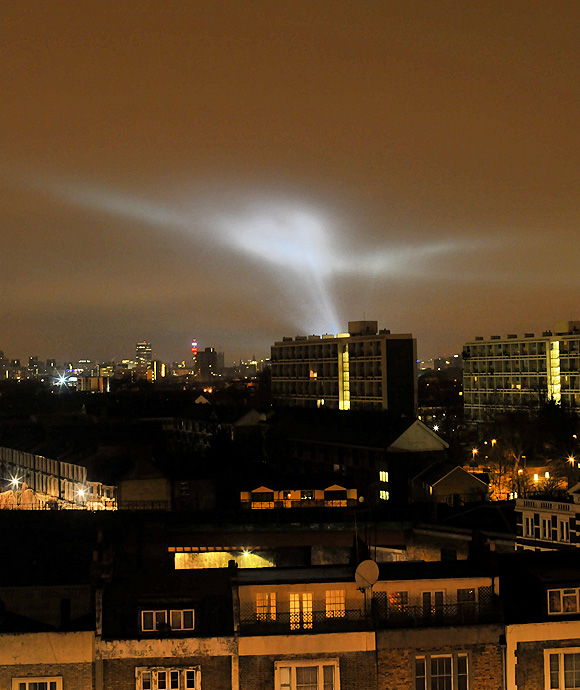 As you may know, EDF Energy is to partner the London Eye for three years.

To celebrate this and give London something to talk about (other than the January blues!) EDF Energy is putting on a visual stunt at the London Eye, just before sunrise on Tuesday 25th January.

On 25th January, the EDF Energy London Eye will be lit up to inspire everyone to start thinking about how they can lower their everyday carbon footprint and take action against climate change. EDF Energy is also the first Sustainability Partner of the London 2012 Olympics and will be providing the Olympic Park with a low carbon solution for the power supply during Games-time

It’s a tiny bit flawed, that logic. It’s like turning up in a Hummer to tell people to use bicycles.

And it gets worse:

Another Team Green Britain ambassador, Myleene Klass, was also up at the crack of dawn to see the light show.
She said: ‘It was incredibly exciting to stand on the riverbank this morning and watch the sky light up in a powerful symbol to help us all to think about our own carbon footprint.

‘As a mum who is expecting my second child, it really makes sustainability issues hit home.’
http://bit.ly/eXWK7I

4 Comments on “London Eye and EDF Energy lights up London, 2.30am”