Located in a dark, curved corridor at the Barbican, Momentum’ is a fascinating installation that makes for a wonderfully disorientating experience. 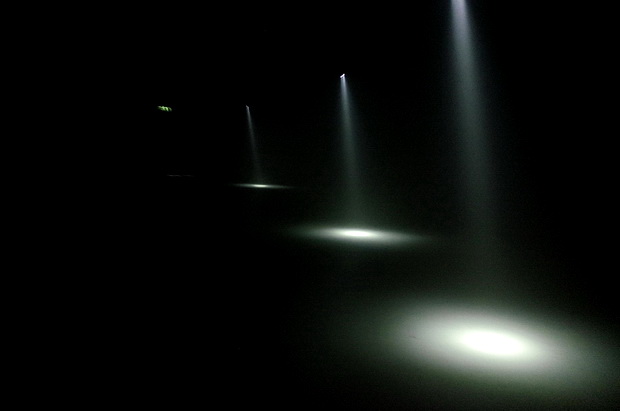 Entering the installation by pushing past a pair of thick black velvet curtains, we were taken in to a world that initially appears to be completely without light.

Although we could hear noises, there was no means of working out what – or who –  was ahead of us, and that made for a rather uncomfortable introduction to the space. 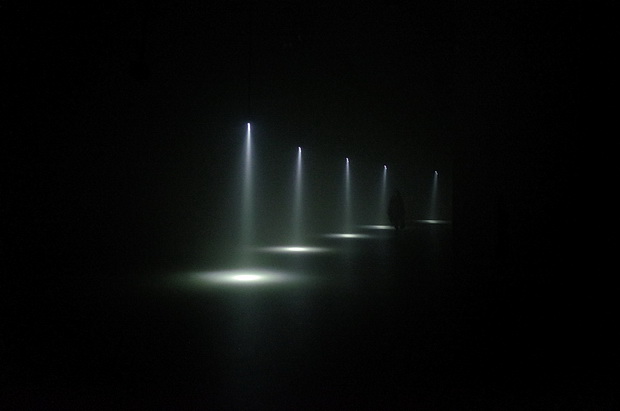 Slowly, our eyes got accustomed to what light was available, and we could make out lines of slowly moving pin pricks of light ahead.

Walking cautiously forward, we could gradually make out more detail, with the changing light patterns illuminating different parts of the long curved space. 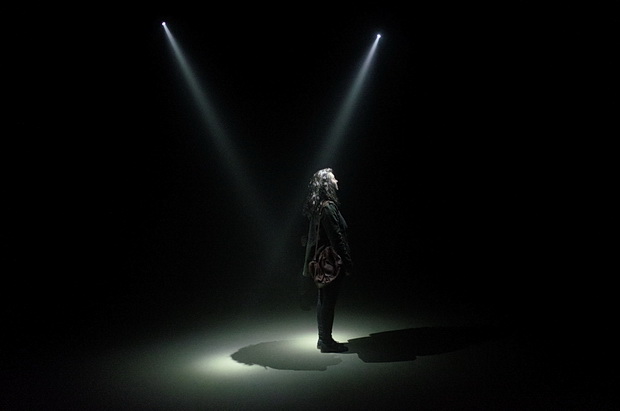 Sometimes we saw or heard someone walking past, or glimpsed a figure fleetingly illuminated by the moving beams of light, while ambient sounds coming from the lights created an eerie atmosphere. 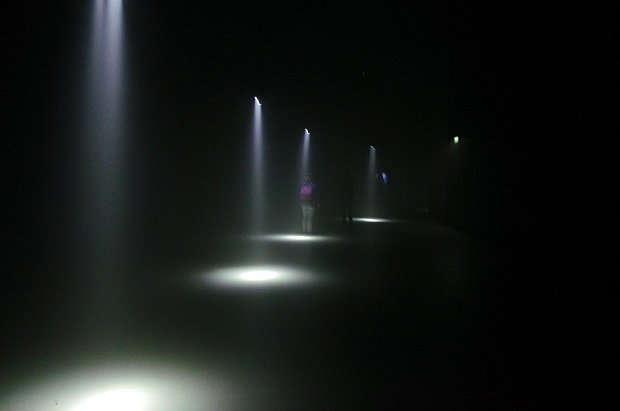 With twelve lights  moving and swaying in sequence, at times it felt like we were on a ship lost in the fog, other times like we were being watched by a floating alien creature. 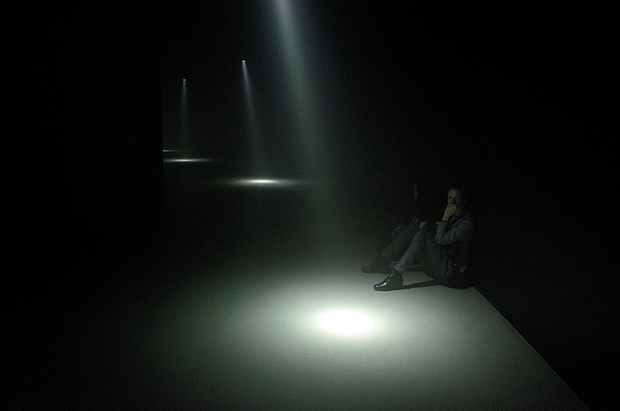 Although some people just charged through the installation (occasionally crashing into other folks), it’s a great place to settle down and let your mind wander. 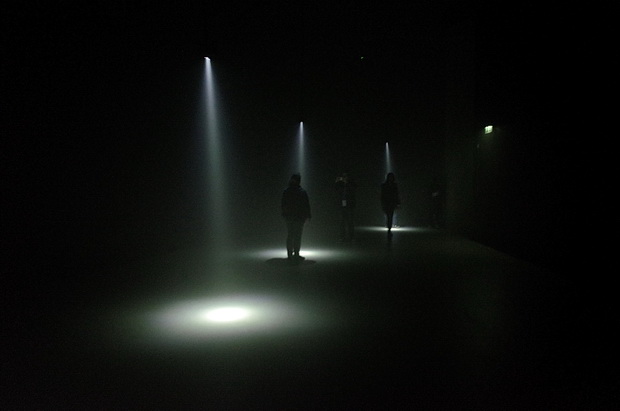 We spent a really enjoyable 20 minutes or so in the space, although the more our eyes adjusted to the light, the less mysterious it became – so don’t stay too long!

Thoroughly recommended – and it’s free too!

Last admission may be earlier than the stated closing time. Please check in advance of your visit via Twitter @barbicancentre or phone 020 7638 8891.
Website