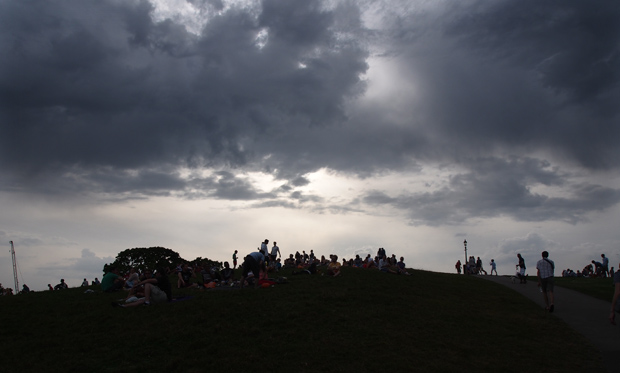 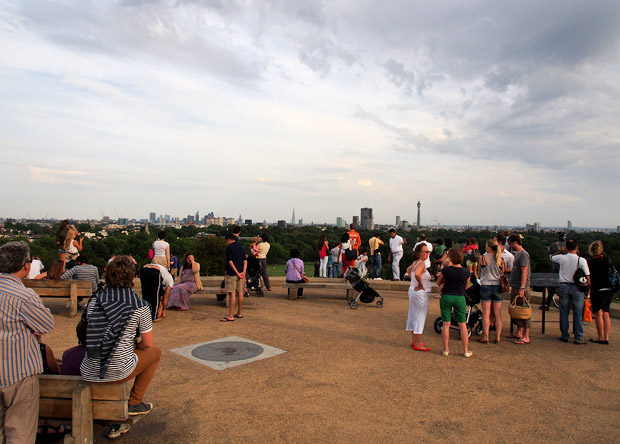 Opened to the public in 1842, Primrose Hill once served a hunting ground for Henry VIII and as a handy venue for duellists, who tried to take chunks out of each other over matters of honour and respect.

Immediately following the announcement of the Second World War, the top of the hill took on a rather less welcoming aspect after  anti-aircraft guns were installed on the summit. 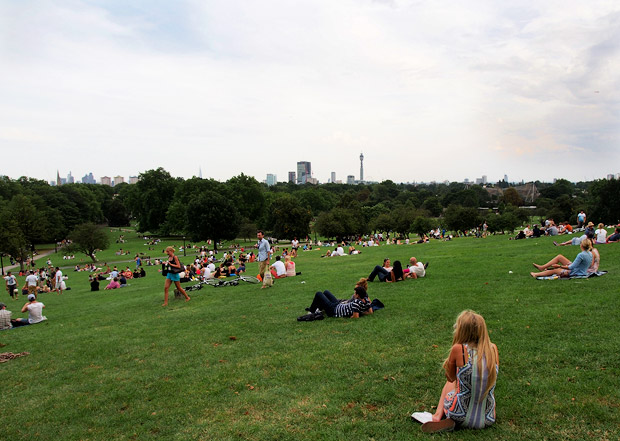 A leisurely stroll to the top of this Royal Park rewards perambulators with some fantastic views across London, taking in well-known landmarks such as The Shard, Telecom Tower, the London Eye and various Towers of Mammon in the City Of London. 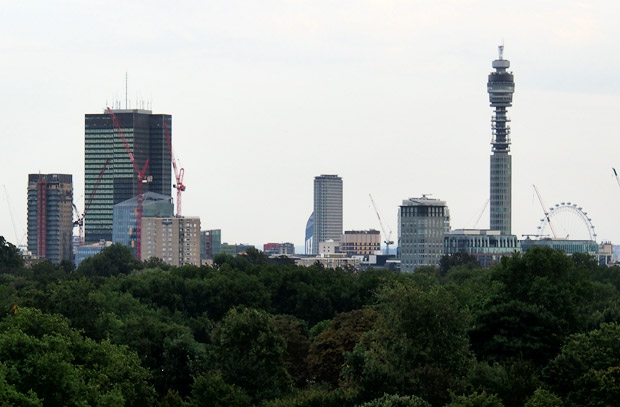 Zooming in a bit, you can see Telecom Tower and the London Eye to the far right, with Centre Point in the middle. 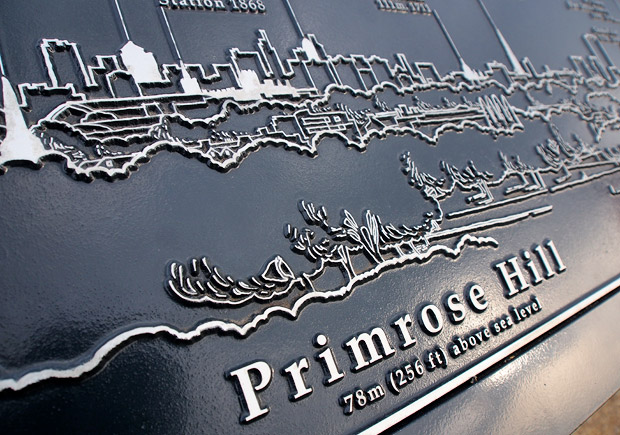 A sign at the top of the hill points out the various Laaaandahn landmarks. 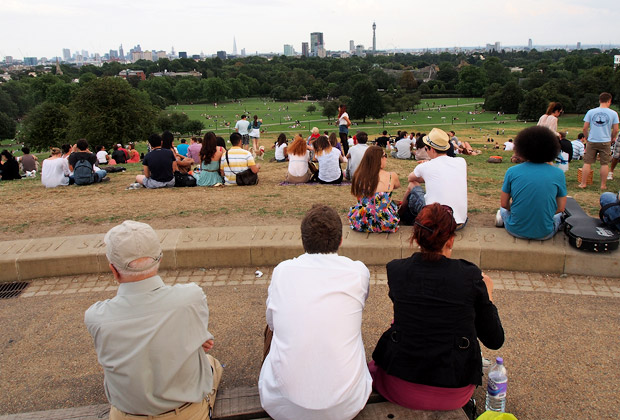 It was busy at the top of the hill. 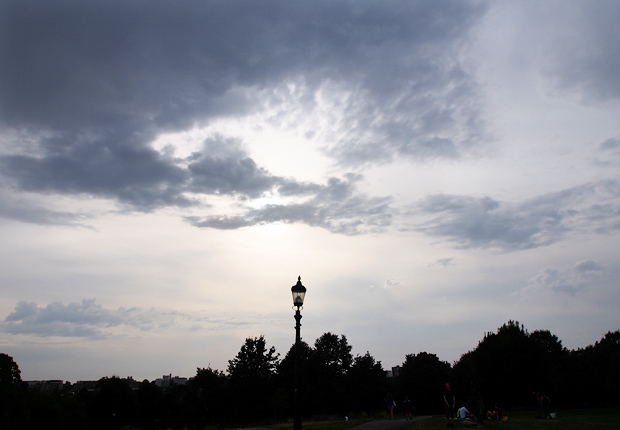 A last view from the top.

At the bottom of the hill can be found the hideously post villaaage of the same name, which is vajazzled with generally ghastly celeb residents.