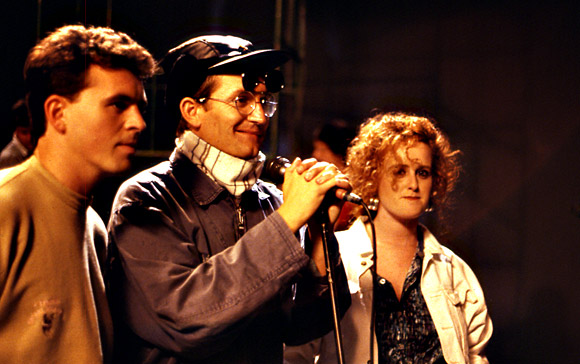 During my mercifully brief career as a rock photographer, I had the dubious honour of photographing a host of  late 80s/early 90s bands and solo artists for an Austrian pop magazine

These included the chirpy scouser Sonia, the posh boys from Curiosity Killed The Cat, the miserably pompous what’s-his-face from the Fine Young Cannibals and a four pack of rock nightmares in the shape of Skid Row, Vixen, Europe and Bon Jovi at Milton Keynes Bowl (see: My Rock Hell).

I can’t say I enjoyed any of the experiences, except one: the Beautiful South, who I snapped while they were shooting a video. They turned out to be a very affable bunch who went out their way to make my miserable job slightly fun – and they bought me dinner and beer too!

The photos aren’t great – these have been copied from some ropey slides – but I’ll raise my glass to the band as they were a lovely bunch of folks. 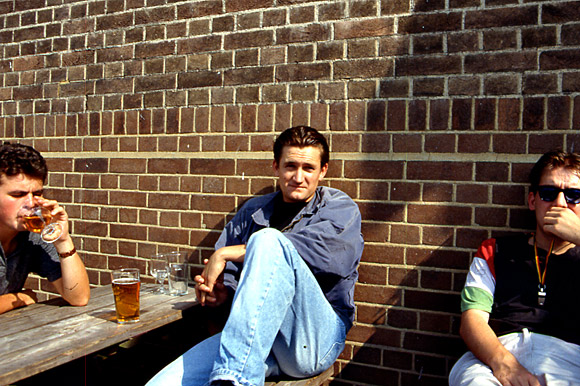 Outside the pub having a beer with the band.

Funnily enough, I struck up an email conversation with singer Paul Heaton a month or so ago as I tried to persuade him to play the fabulous Offline Club in Brixton. I failed, sadly. 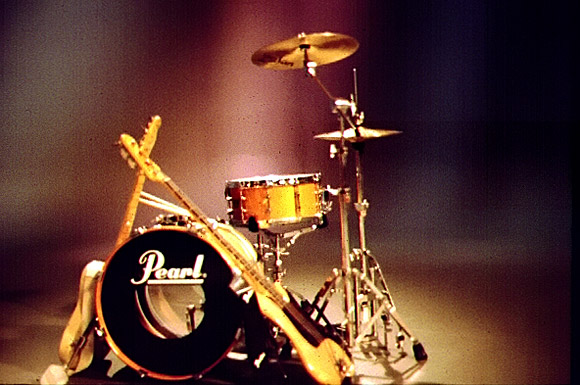 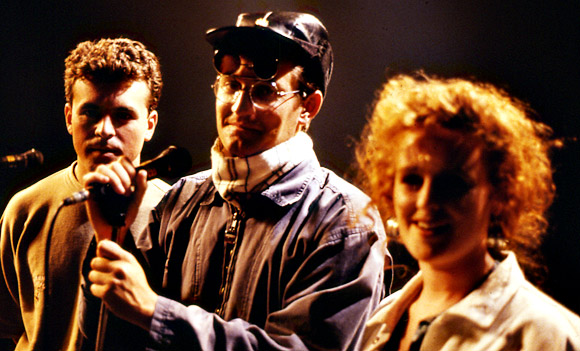 In terms of pro gear, my set up was rather limited at the time, with my main camera being a trusty used Olympus OM2n and a handful of budget/secondhand lens.

I’ve still got it somewhere, come to think of it. It was a lovely SLR (*goes all nostalgic for propah metal cameras that lasted decades).

Smacked in the mush in Somerleyton Road

3 Comments on “Taking pictures of the Beautiful South – photo archive”