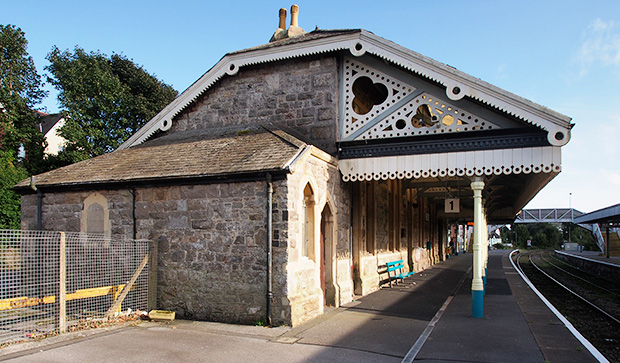 Still retaining much of its Victorian charm is Tenby station Pembrokeshire, which lies on the Pembroke Dock branch in west Wales.

An unmanned station, it serves the nearby town and stunning seaside resort. The station (circled) is a short walk from the beach. 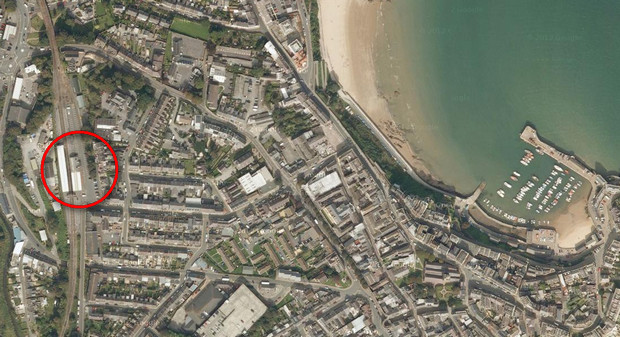 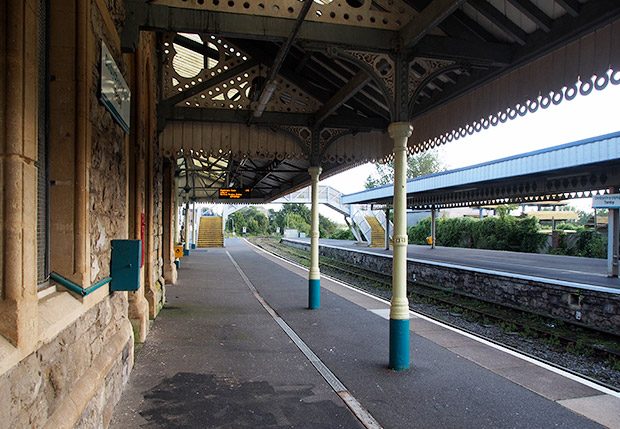 The current station in Tenby station was opened by the  Pembroke and Tenby Railway on 4 September 1866 and replaced a lower-lying terminus built in 1863. It’s now Grade II listed. 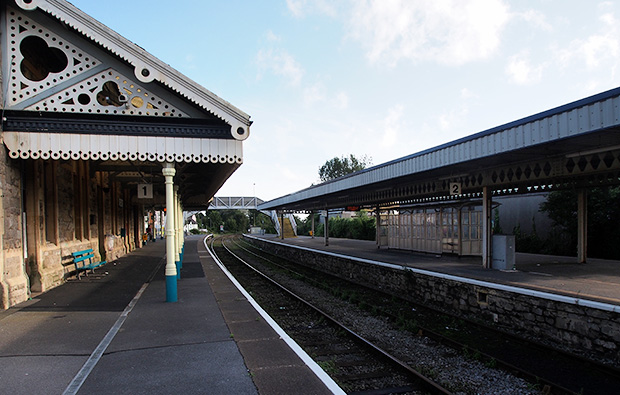 Designed by James Szlumper and constructed from Bath stone, the present station buildings date from 1871.

The original cast iron canopy remains in situ, topped off with some attractive and ornate valencing. 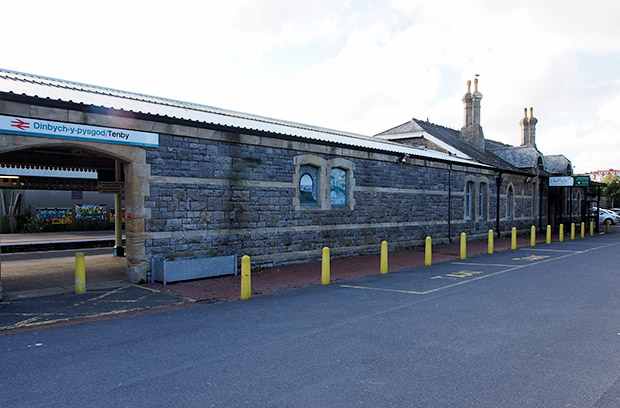 Exterior view, showing the Victorian Gothic station building in good repair. Not so sure abut the bright yellow bollards though. 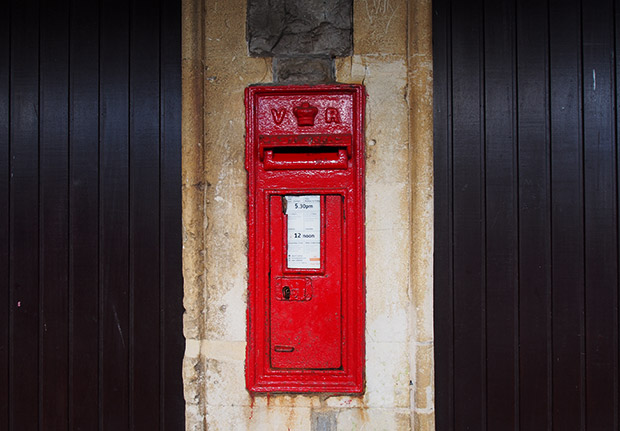 Original Victorian post box on the station wall. Imagine the letters that must have been posted in here over the years! 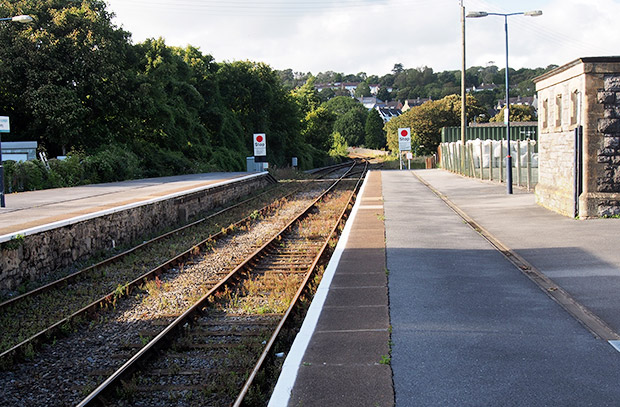 Tenby has lost its signal box and manual semaphore signals, but it still serves as the only passing loop on the Whitland to Pembroke Dock branch, operated by electric token instruments. 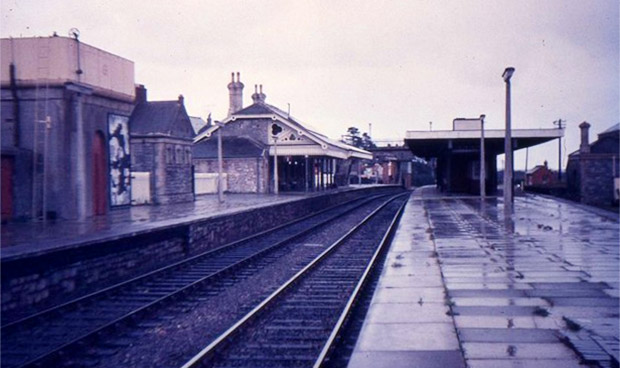 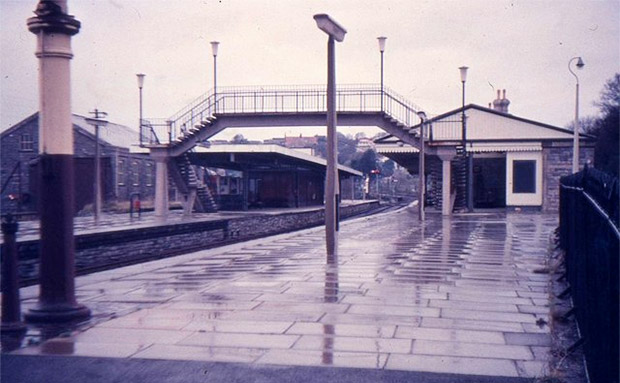 In this view you can see the modern footbridge and some of the station’s semaphore signals. [Source] 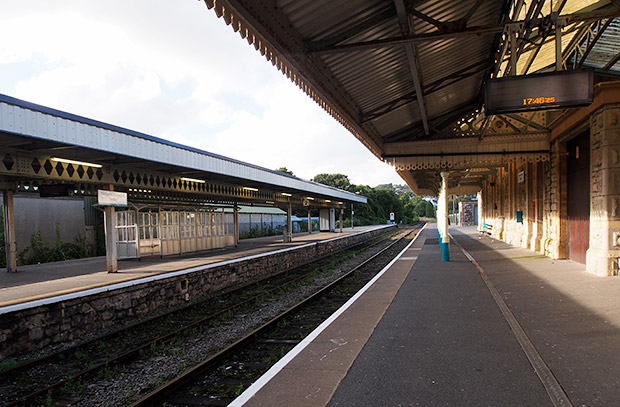 The station enjoys a decent level of service, as documented by Wikipedia:

The station is served by the Swansea to Pembroke Dock local trains, which run roughly every two hours each way (with some additional peak services). Some early morning and late night trains run only as far as Carmarthen. There are two trains from Manchester Piccadilly; also First Great Western operate here during the summer months and run a return train between London Paddington and Pembroke Dock every Saturday.

There is also a limited Sunday service (five trains each way, one of which starts/finishes here) on the route.

Discuss the station on the urban75 forums.

Pic of the day: After the rain, Tenby, West Wales