Named Admiral’s Row, the once-grand buildings formed part of Brooklyn Navy Yard with some of the structures dating back as far as the Civil War. 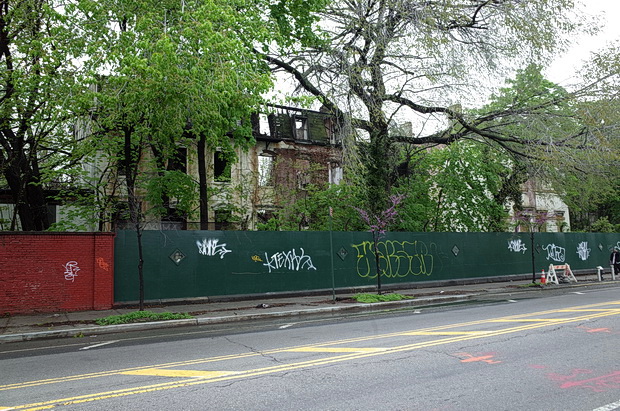 Although the U.S. Navy closed the original Navy Yard in the mid-1960s, personnel were still housed in the buildings until the mid-1970s. 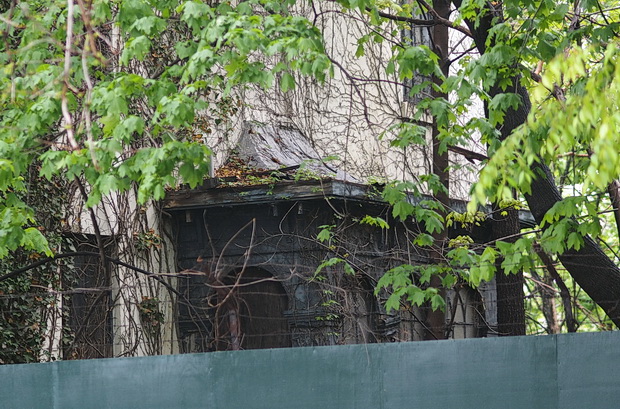 Abandoned and exposed to the elements, the buildings have fallen into disrepair, while various redevelopment and preservation schemes have come and gone over the years. 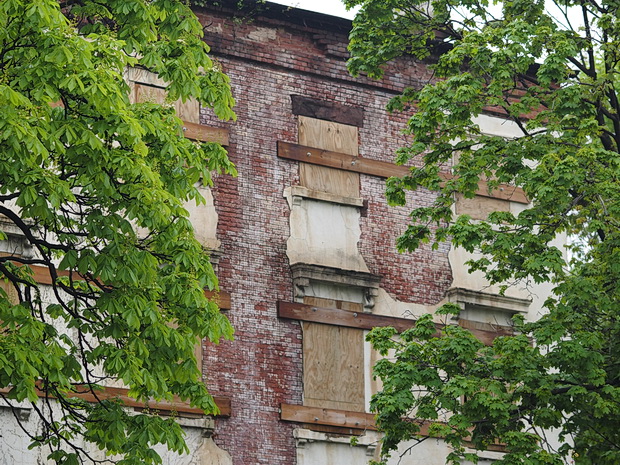 After two previous attempts to build a $100 million development including a supermarket and space for industrial and office use fell through, another request for proposals was issued in July 2014. 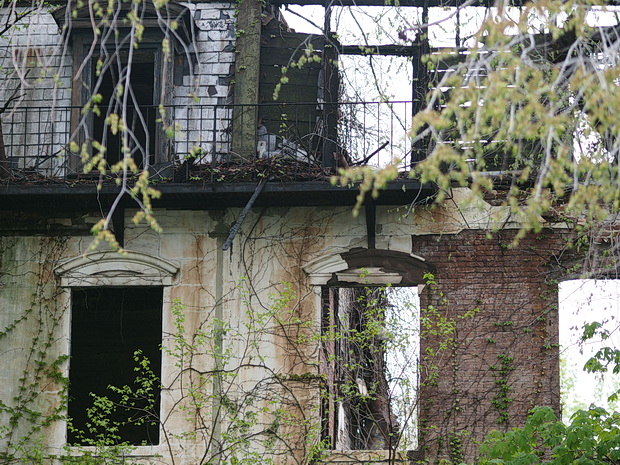 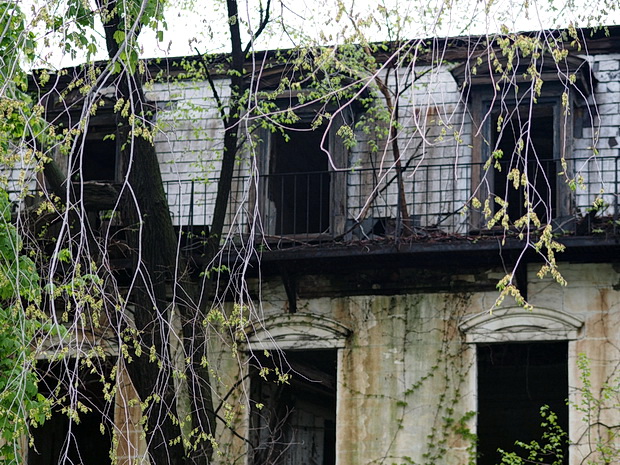 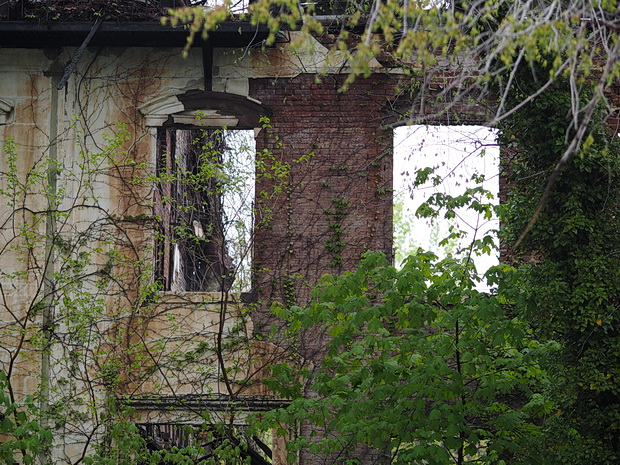 Despite their obvious historic worth, some of the buildings are clearly long past repair. 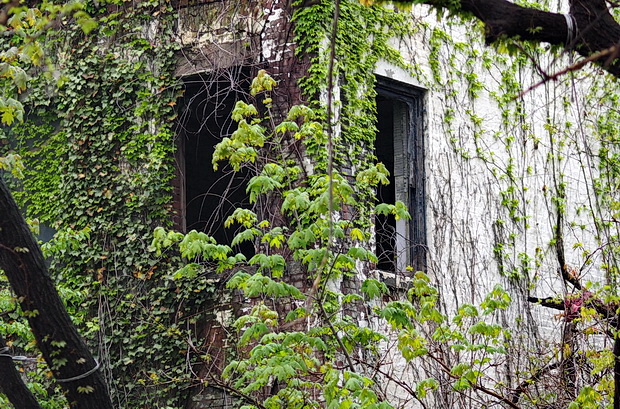 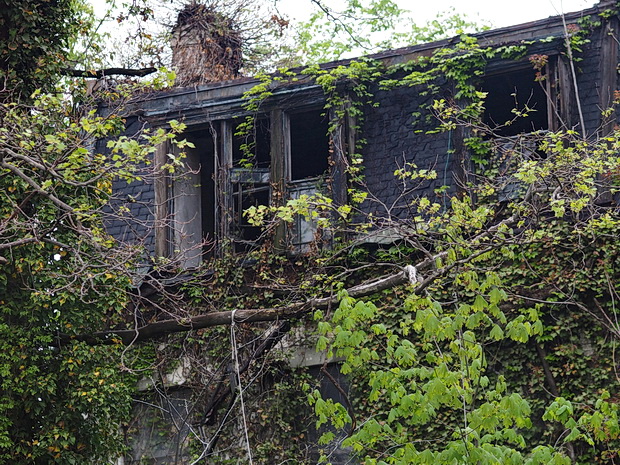 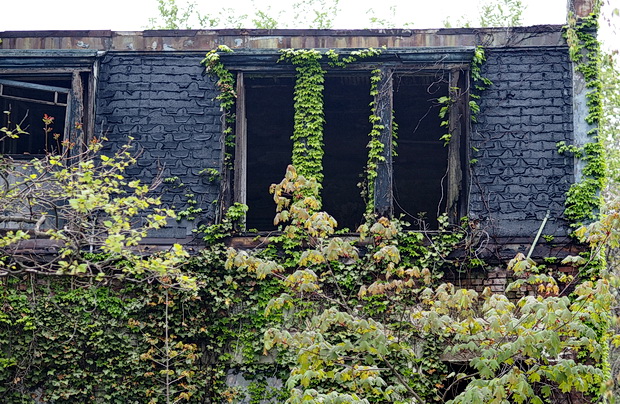 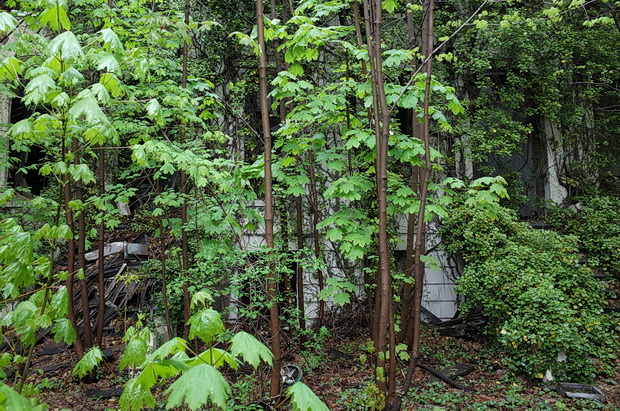 Trees almost completely obscure the entrance to this house. 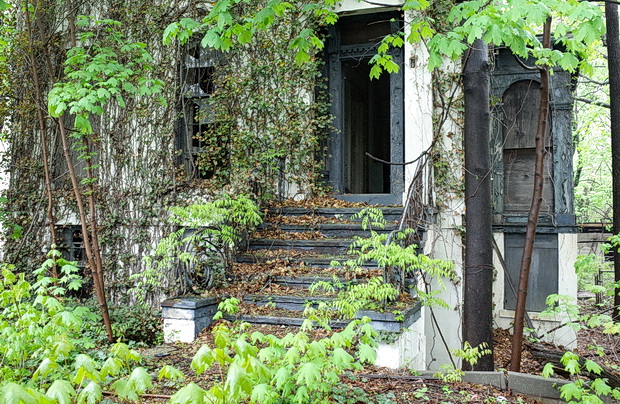 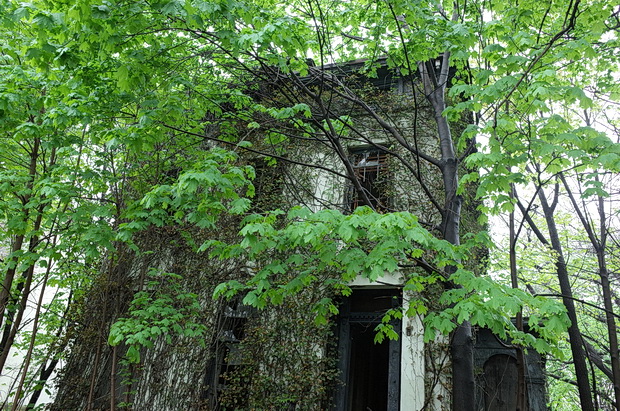 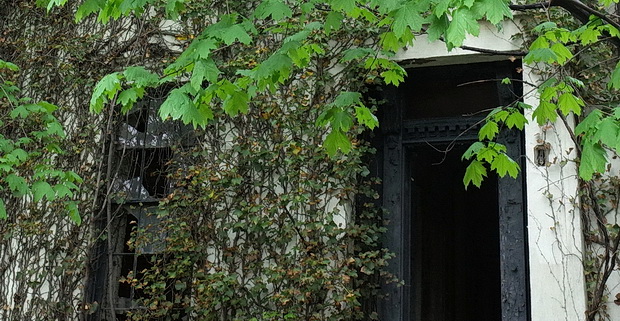 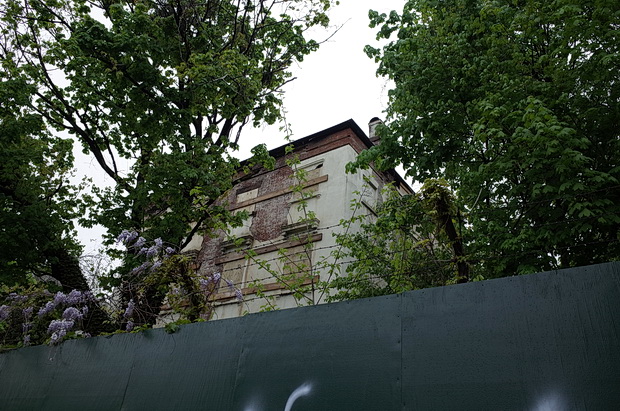 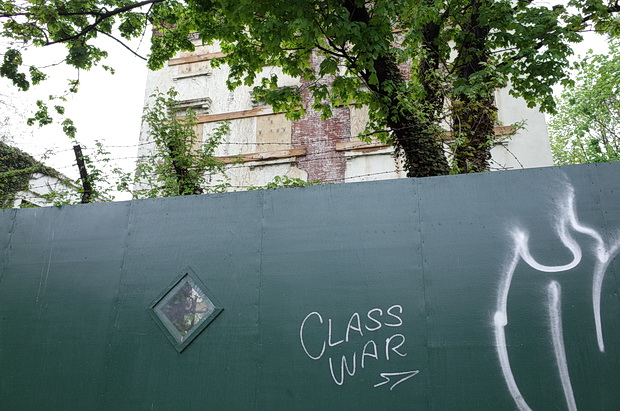 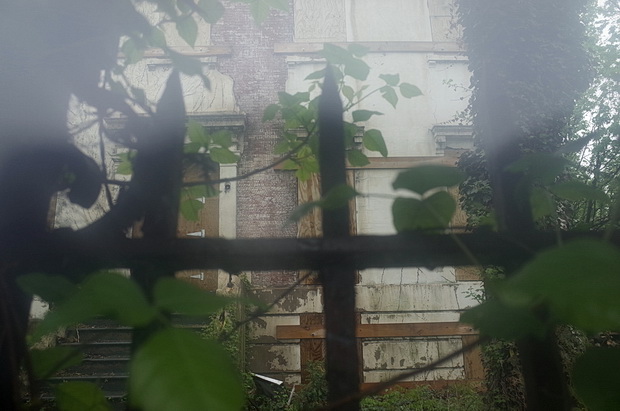 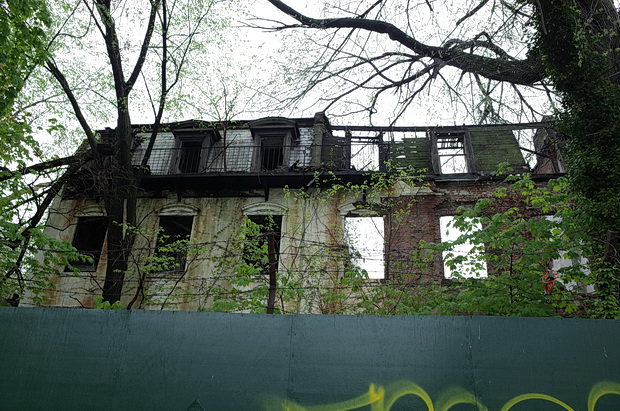 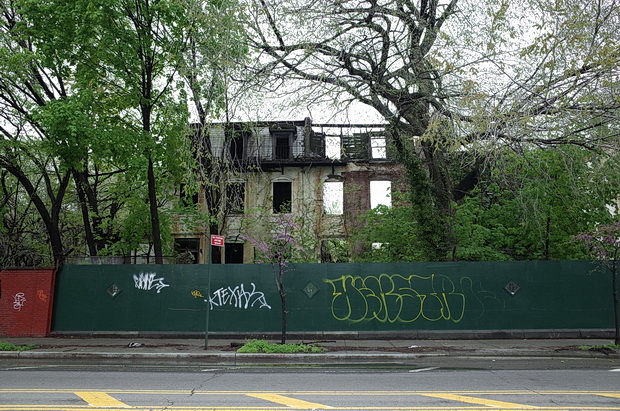 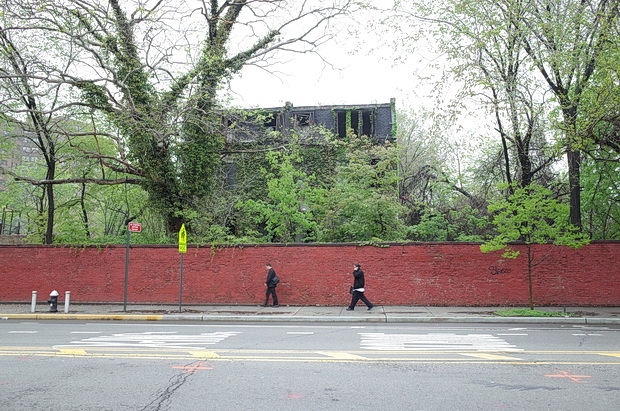 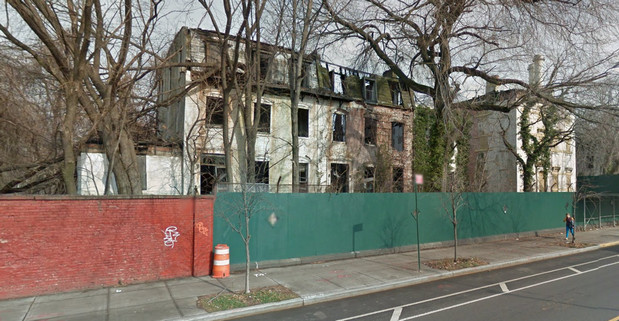 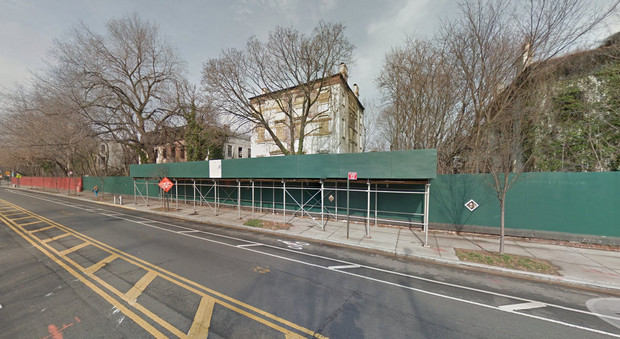 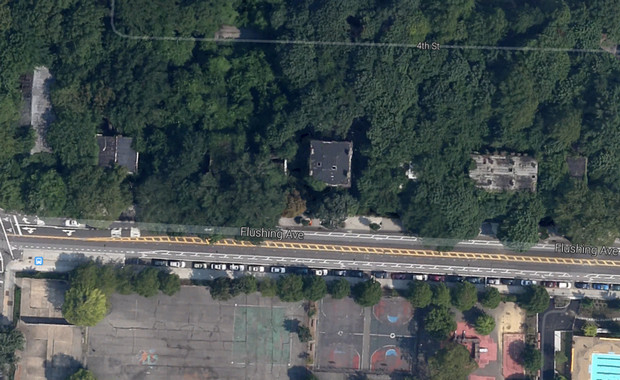 Read more about Admiral’s Row and see photos of the interiors on Curbed. [Wikipedia feature]

A desperate confession and apology in a Brooklyn street, New York