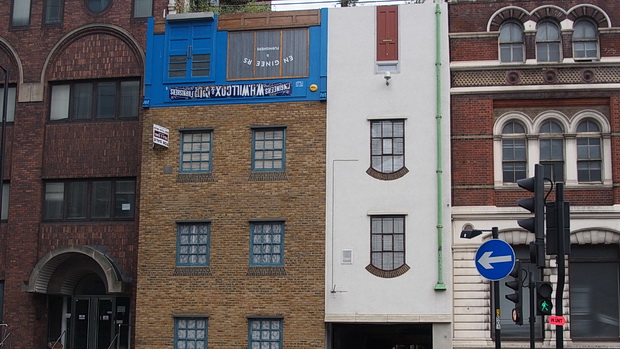 Created by Hackney artist Alex Chinneck, this striking installation of an inverted house can be seen turning heads on Blackfriars Road. 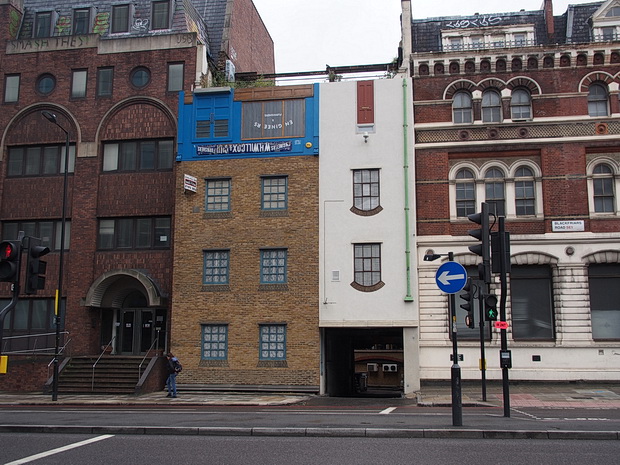 Entitled ‘Miner on the Moon (Upside Down House)’, the installation was created as part of the annual MERGE Festival in the Bankside area.

The project took over a derelict building dating back to the 1780s that was originally used as a storage facility for horses and carriages. 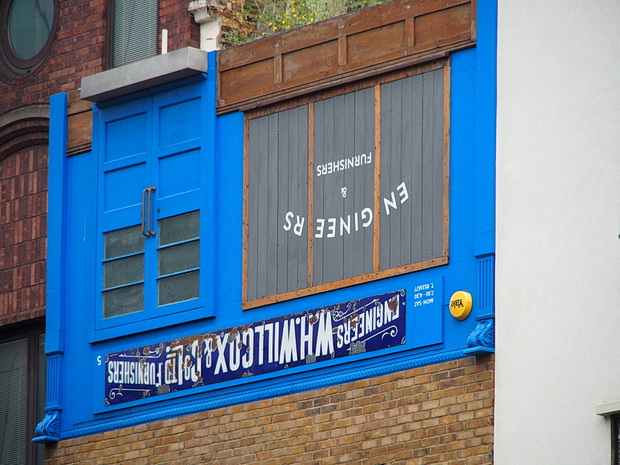 The artist matched the proportions of the existing façade, but flipped the shopfront, doors and windows the wrong way round.

The building is set to be demolished in a few years as part of the much-delayed 20 Blackfriars Road development, which will see two social-housing free  23 and 42-storey towers thrusting into the sky. 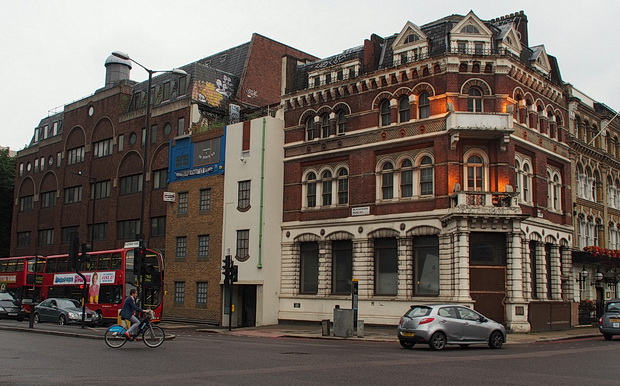 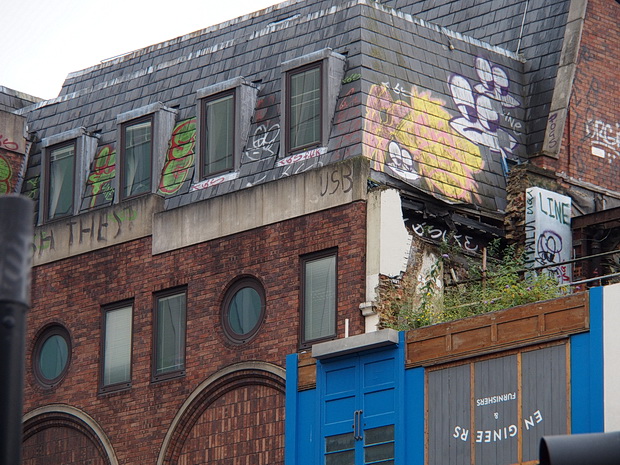 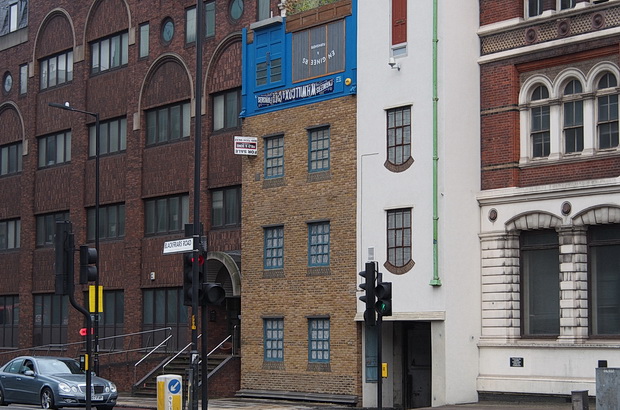 Here’s how the artist describes the work:

Miner on the Moon

The work is titled ‘Miner on the moon’. It is located just south of Blackfriars Bridge at 20 Blackfriars Road SE1 8NY and was produced as the finale to Merge Festival 2013.

Built in 1780, the site was originally used as livery stables housing horses and carriages for hire. The access through the site (the underpass to the bottom right of the building) was used to ferry live cattle from the rear yard to the Thames for trade. I was interested by how the architectural silhouette of the building had been created with this function in mind and I wanted to conceive a concept that responded to this shape and the buildings history.

The material and aesthetic decisions within the project celebrate the architectural heritage of Southwark and the timeless charm of its fatigued buildings. By presenting a very familiar architectural scenery and narrative in an inverted way, the audience hopefully re-appreciates the buildings and moments of our daily environments that we allow to slip into our subconscious.

The sign (W. H. Willcox & Co Ltd) is a company founded in 1876 on Southwark Street a few minutes walk from the site. After being dissolved in 1986, I found their enamel signage earlier this year in a reclamation yard in Wales and this sign initiated and informed the mood of the work.

As an artist, this very busy junction is of course prime real estate for public sculpture given the volume of traffic and potential audience. Having said that, I’m conscious that when a person walks through the doors of an art gallery they do so through choice but people do not make that choice when presented with public sculpture. I wanted to create an artwork therefore that offered spectacle but was simultaneously subtle and by using the material and architectural language of the district the artwork has the ability to disappear into its environment without dominating it. 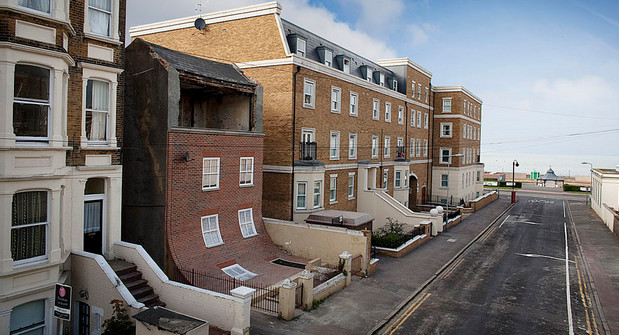 Previously, Alex Chinneck had created this marvellous piece in Margate, called From the Knees of my Nose to the Belly of my Toes, removing the façade of a long derelict four storey house, and adding a new frontage that that appears to have slithered down from the top. Read more here.

2 Comments on “The amazing upside down house of Blackfriars Road, London”