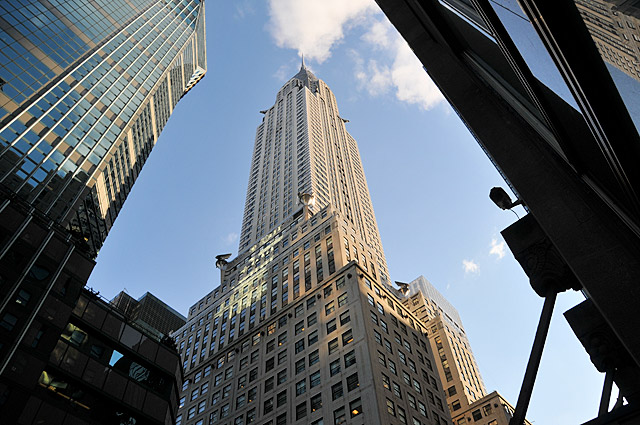 First catching sight of its beautiful, stainless-steel clad crown is always one of my favourite moments in New York when I get back to New York. 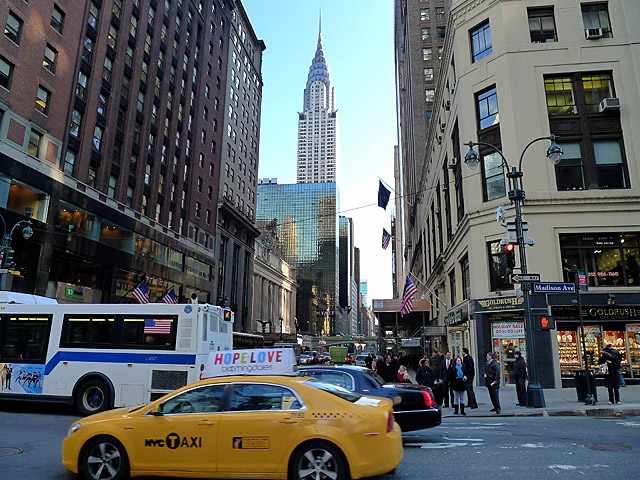 The speed of construction was frantic, with the tower rising at a rate of four floors per week. Despite the speedy work rate, no workers died during the building of the tower. 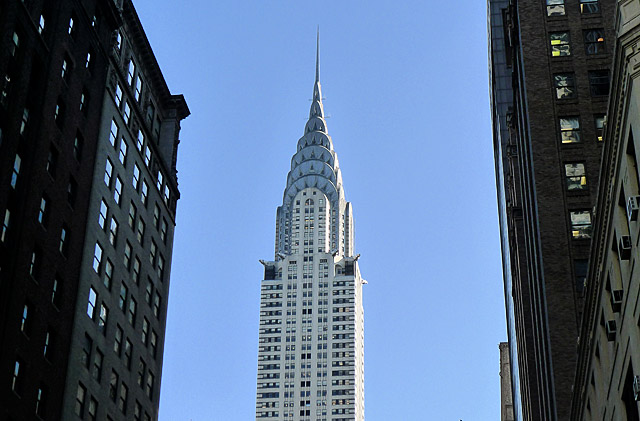 Standing at 1,047 feet (319 m) tall, the tower was briefly the world’s tallest building, holding the crown for just 11 months before being eclipsed by the Empire State Building in 1931

Considered to to be one of the finest buildings in New York City, the skyscraper was declared a National Historic Landmark in 1976. 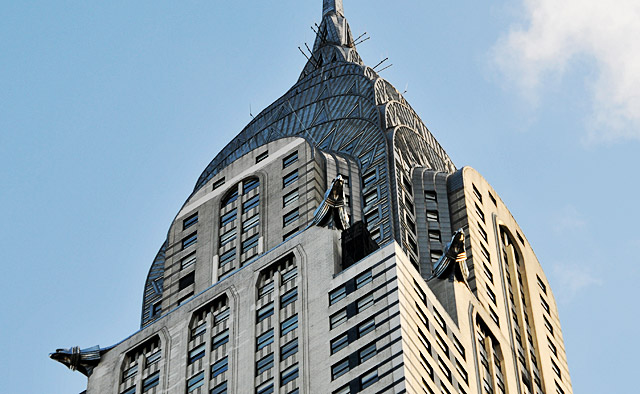 The top of the Chrysler Building is its crowning glory, and is comprised of seven radiating terraced arches with triangular vaulted windows.

Clad in stainless steel, it’s a beautiful sight with the sun catches it. 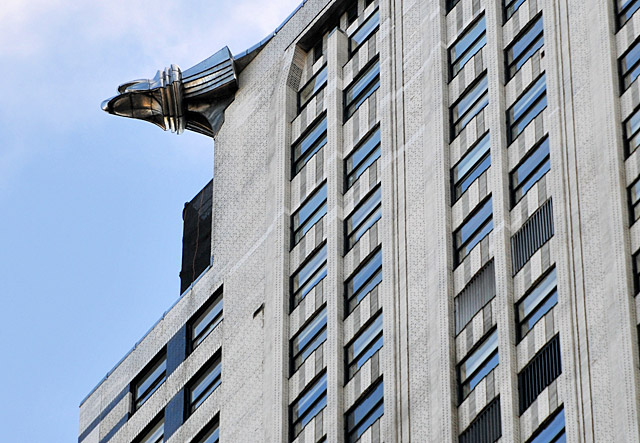 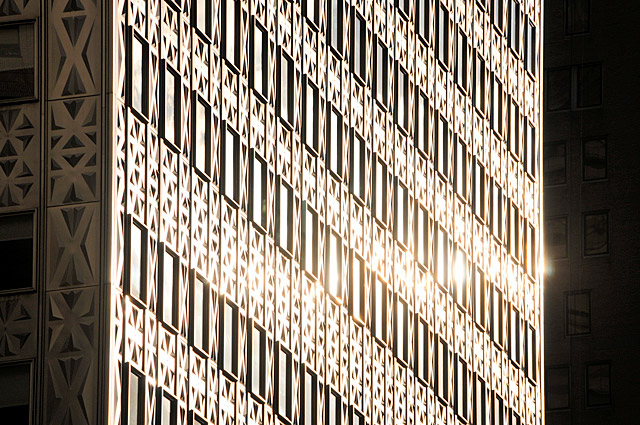 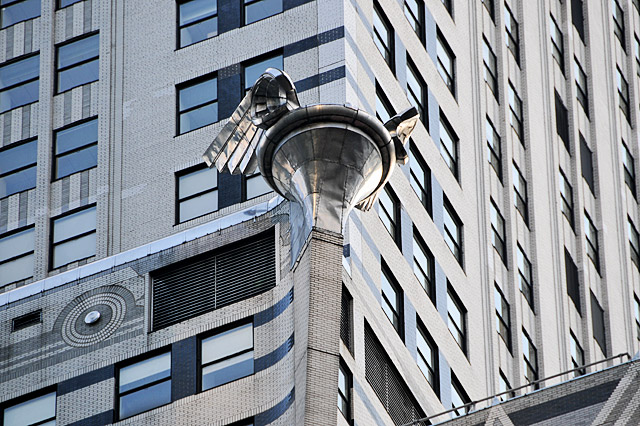 “One of the first uses of stainless steel over a large exposed building surface. The decorative treatment of the masonry walls below changes with every set-back and includes story-high basket-weave designs, radiator-cap gargoyles, and a band of abstract automobiles. The lobby is a modernistic composition of African marble and chrome steel.” 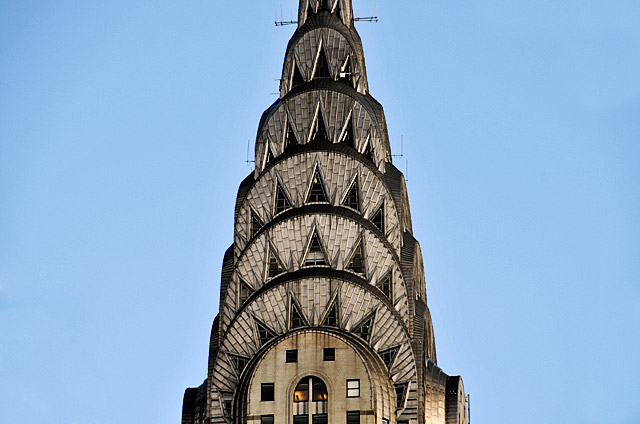 “The design, originally drawn up for building contractor William H. Reynolds, was finally sold to Walter P. Chrysler, who wanted a provocative building that would not merely scrape the sky but positively pierce it. Its 77 floors briefly making it the highest building in the world – at least until the Empire State Building was completed – it became the star of the New York skyline, thanks above all to its crowning peak. In a deliberate strategy of myth generation, Van Alen planned a dramatic moment of revelation: the entire seven-storey pinnacle, complete with special-steel facing, was first assembled inside the building, and then hoisted into position through the roof opening and anchored on top in just one and a half hours. All of a sudden it was there—a sensational fait accompli.”
–Peter Gossel and Gabriele Leuthauser, in Architecture in the Twentieth Century 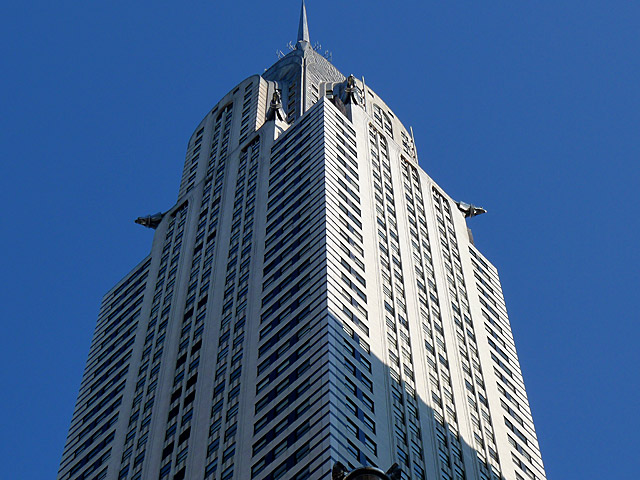 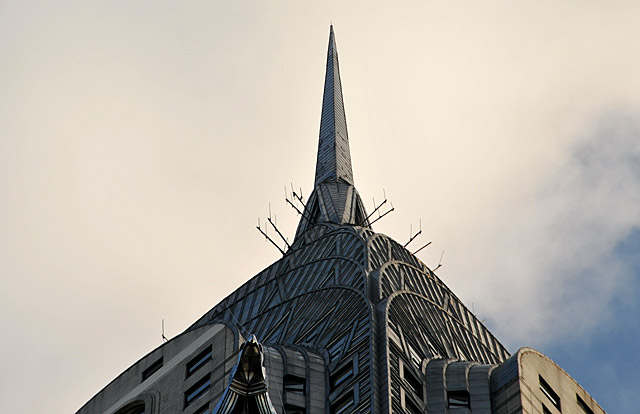 One Comment on “The Art Deco splendour of the stunning Chrysler Building, New York City”