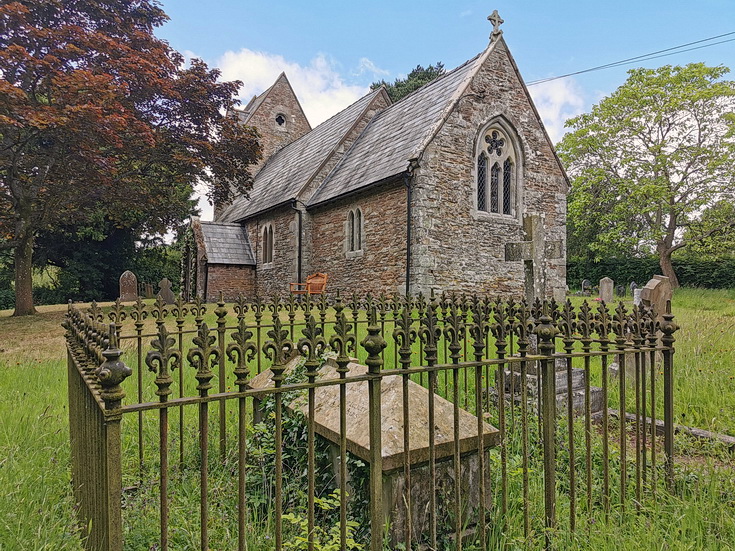 Located in the wilds of the county of Herefordshire, St Guthlac’s Church dates from the 12th and 13th century, and was heavily restored during the Victorian era. 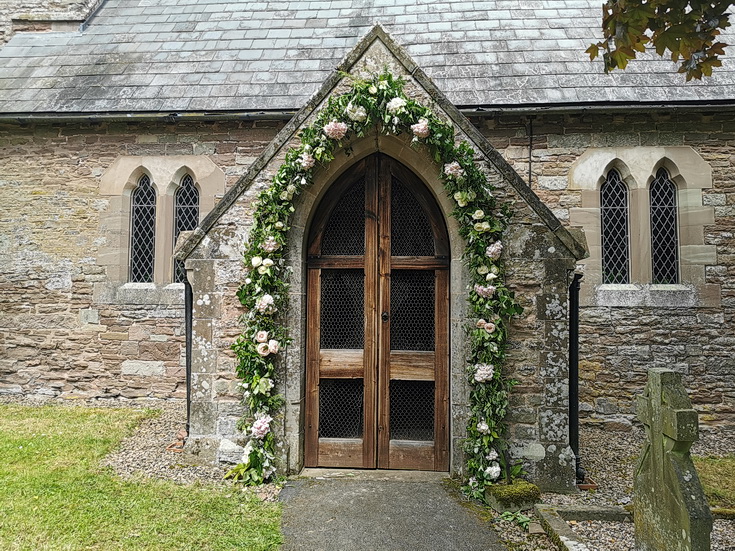 The small rural church serves the village and civil parish of Little Cowarne (population around 110), and consists of a chancel, nave, west tower, and a gabled south-west porch. 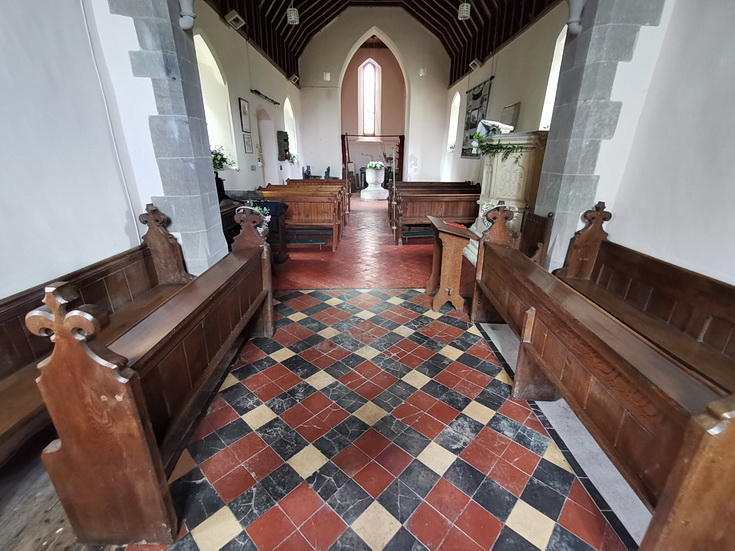 The church is still being used, with these events being listed online: 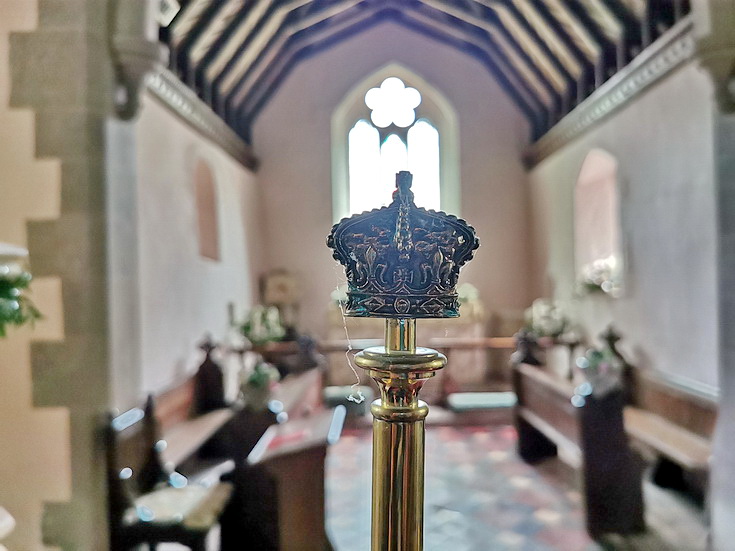 The church is a Grade II Listed building. The Historic England website has more detail about its architecture:

EXTERIOR: Unbuttressed chancel with three-light C19 plate-traceried east window. The north wall has one round-headed C12 window, said to be re-set. The south wall has a window of two uncusped lights.

Unbuttressed nave, the north side with a blocked arched doorway and two probably C19 round-headed windows. The south side of the nave has a two-light window with trefoil-headed lights. Gabled south porch with a double-chamfered outer doorway and a plain arched inner doorway.

The chancel has a plain piscina and aumbry and is floored with C19 encaustic tiles. Stout rustic choir stalls with poppyhead ends. Substantial polygonal stone pulpit on a square base, the sides carved with symbols under trefoil-headed arches.

The font has a deep plain bowl on a square circular stem with a moulded foot. It appears to be C19, but the circular base is probably medieval. C19 benches with three different designs to the ends, but all with prominent tusk tenon fixings, used as decoration. C19 glass includes grisaille and a figure in the west window.

Grade II for a modestly-scaled church of medieval origins but very heavily-restored in 1870. The fittings are not outstanding 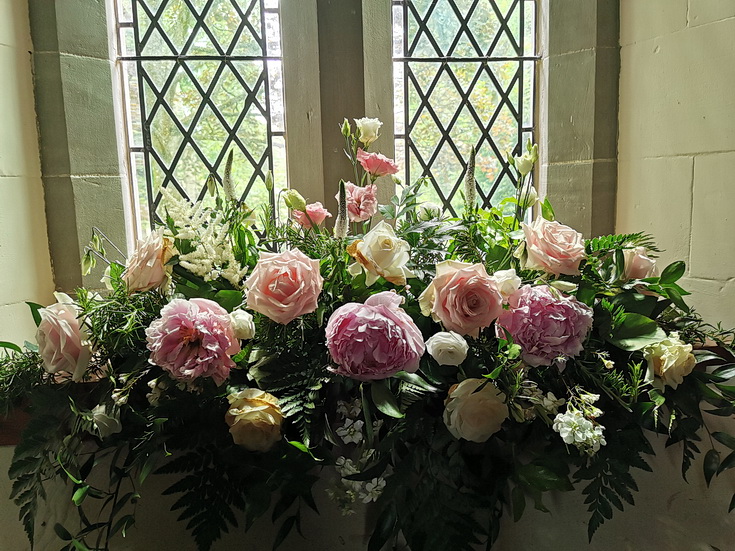 A wedding had taken place the previous day, so the church was still bedecked with flowers. 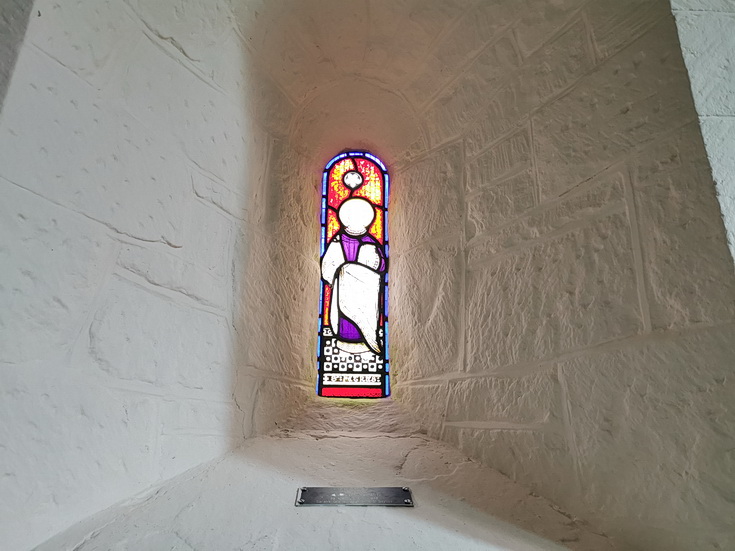 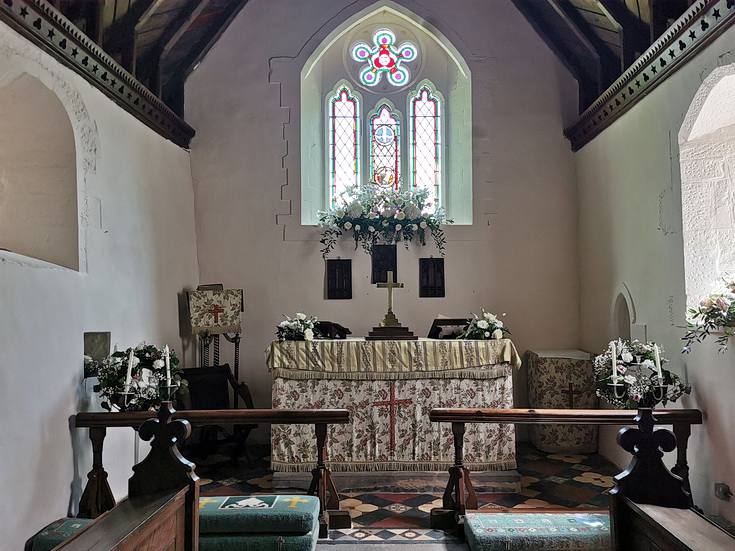 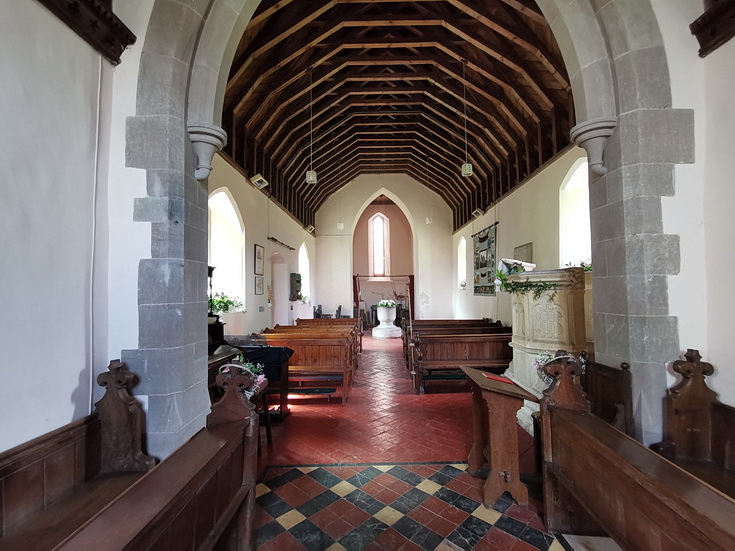 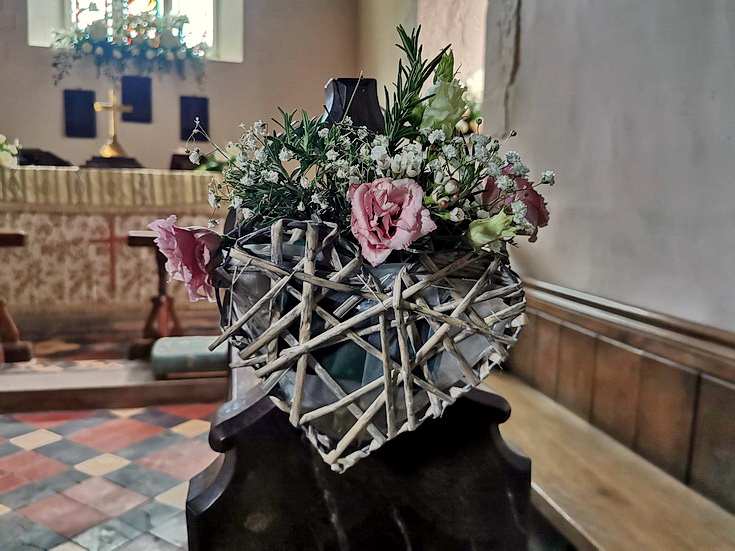 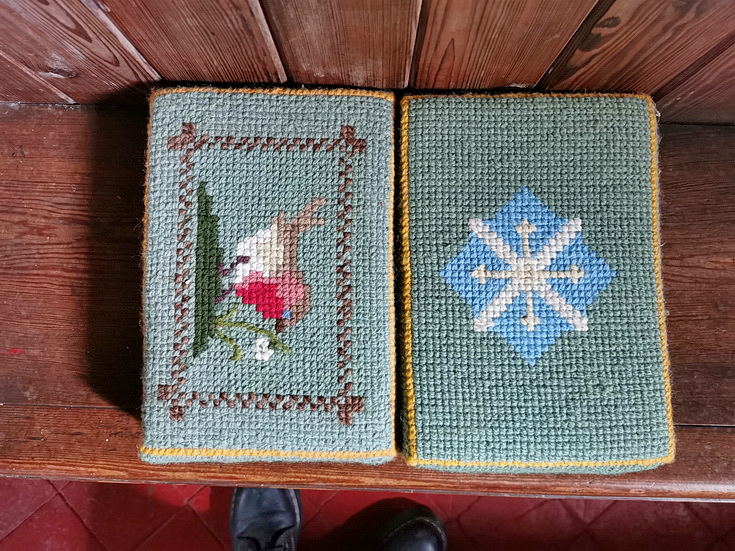 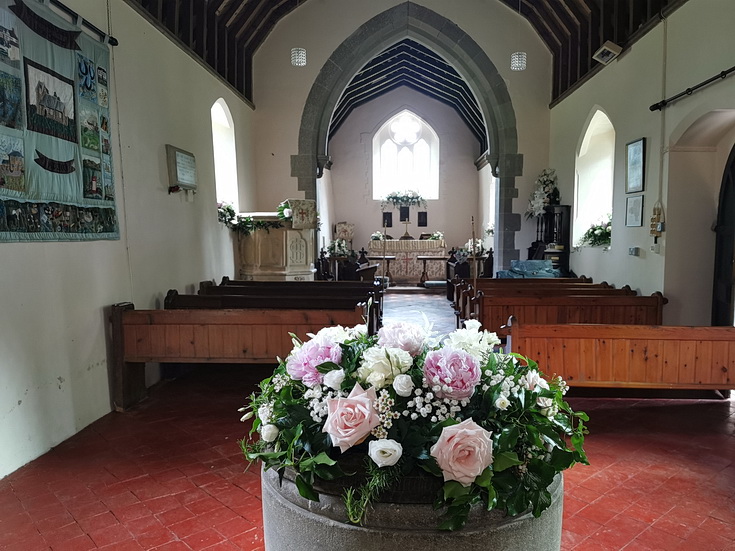 Flowers in the font. 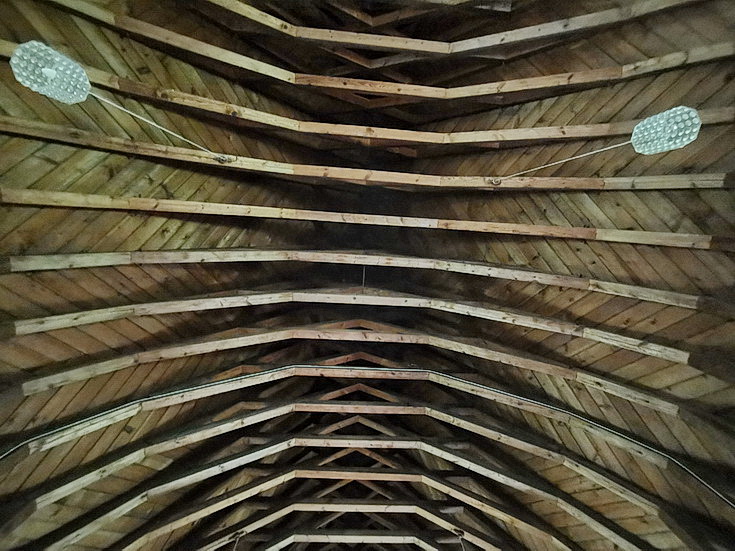 Looking up at the wooden roof. 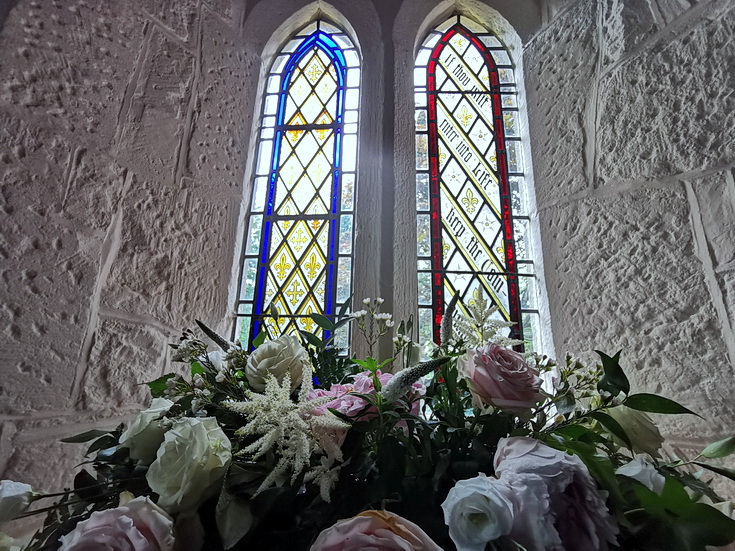 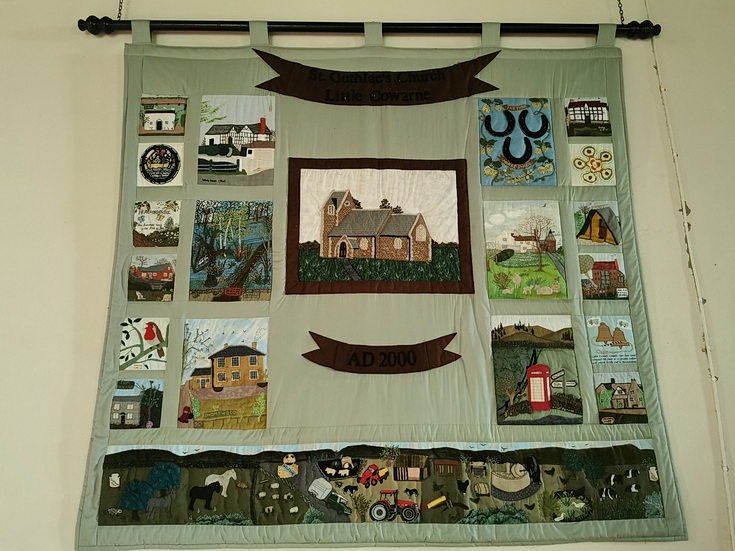 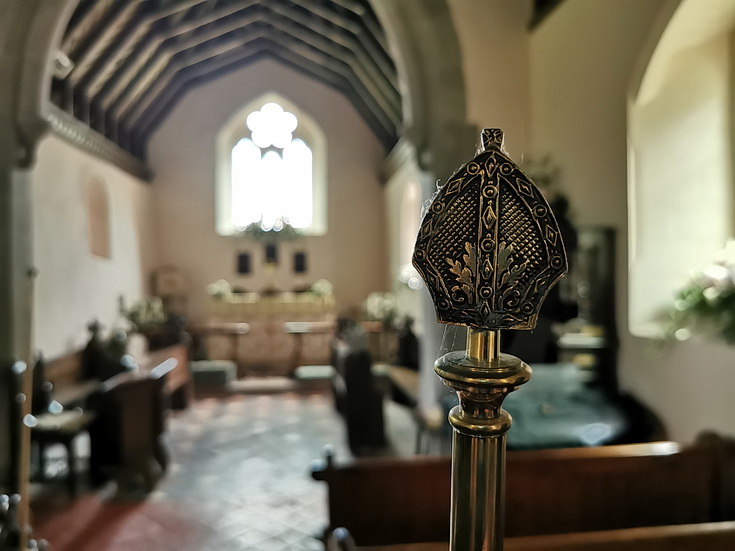 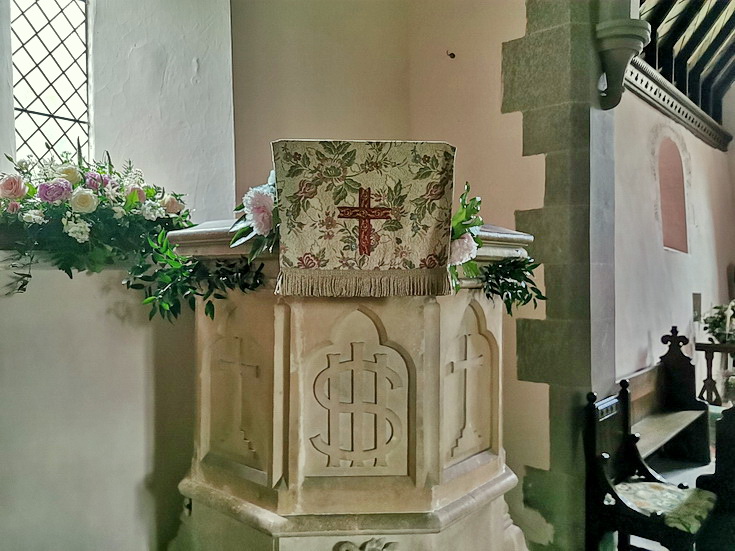 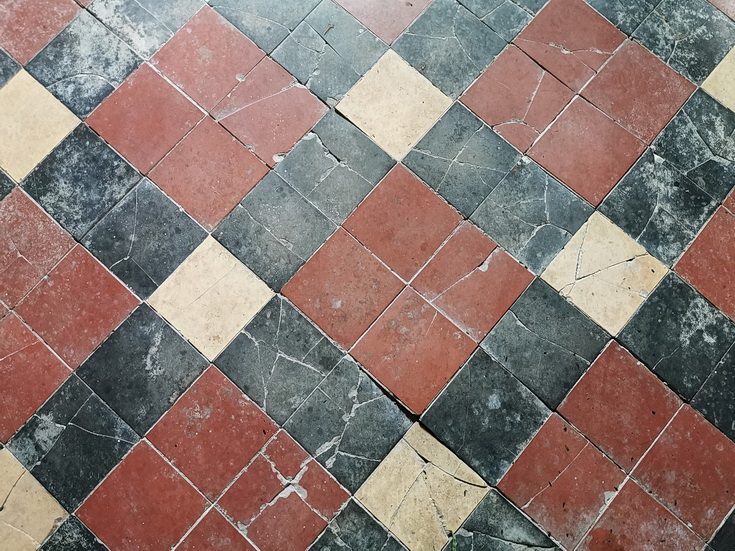 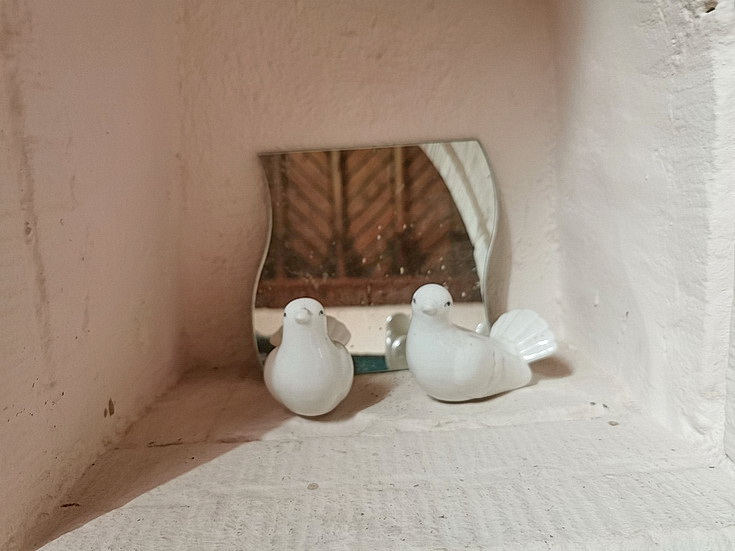 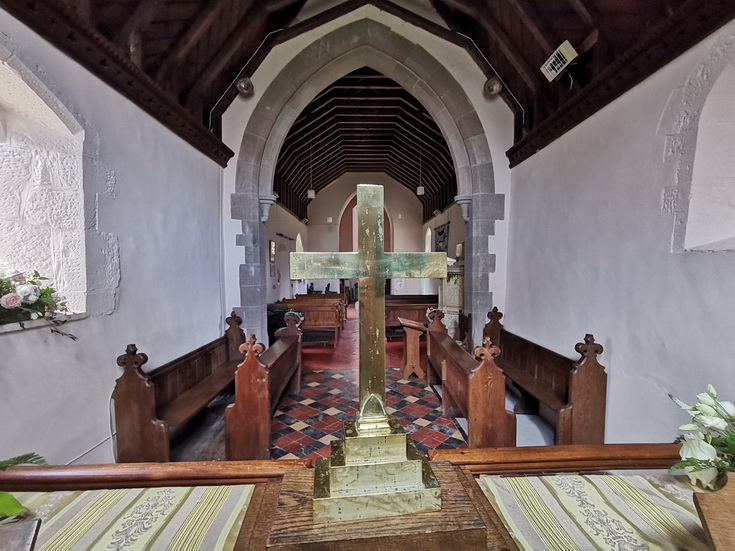 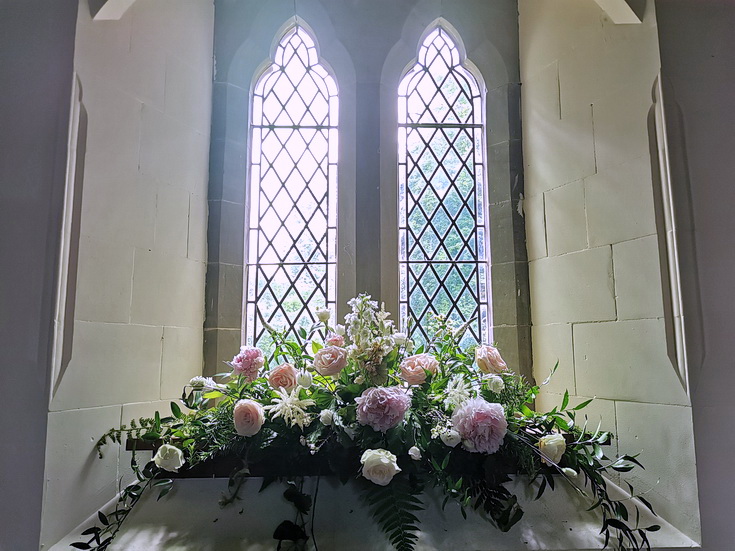 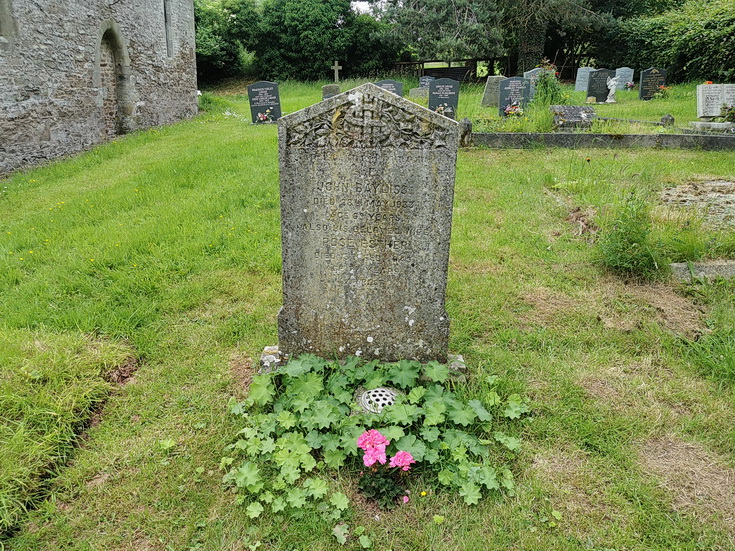 The graveyard is well tended. 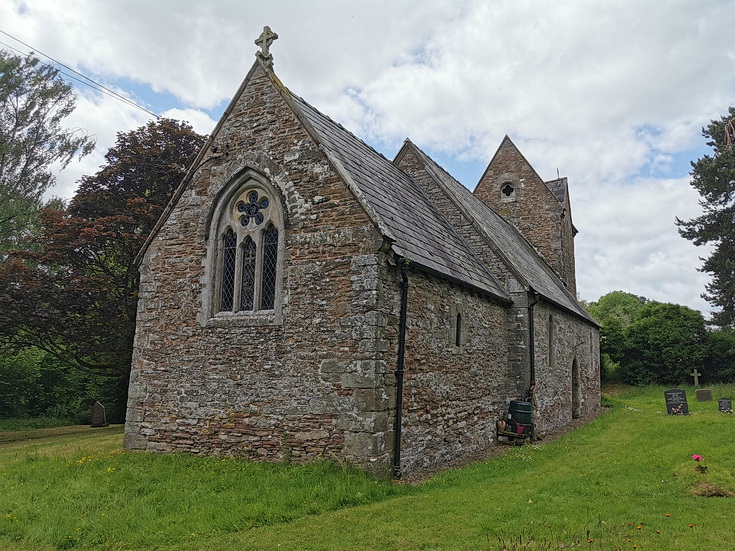 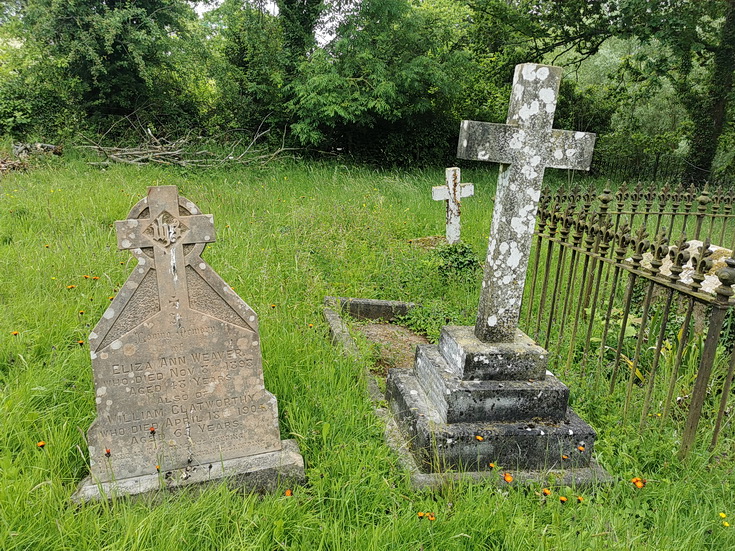 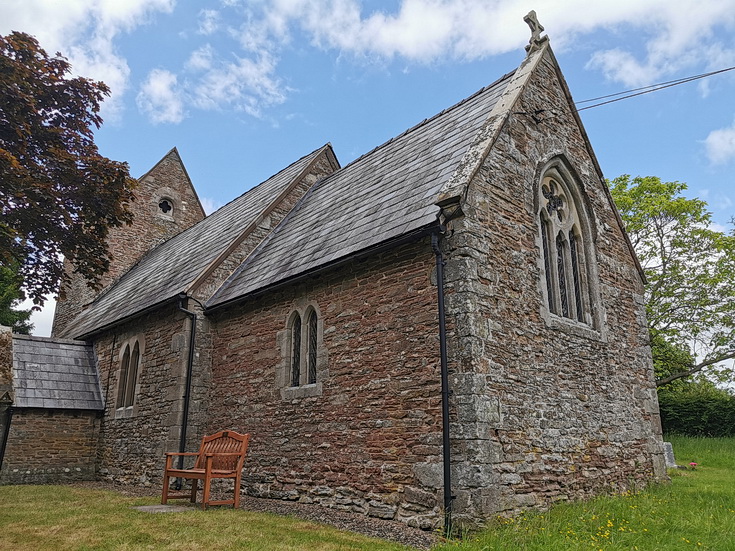 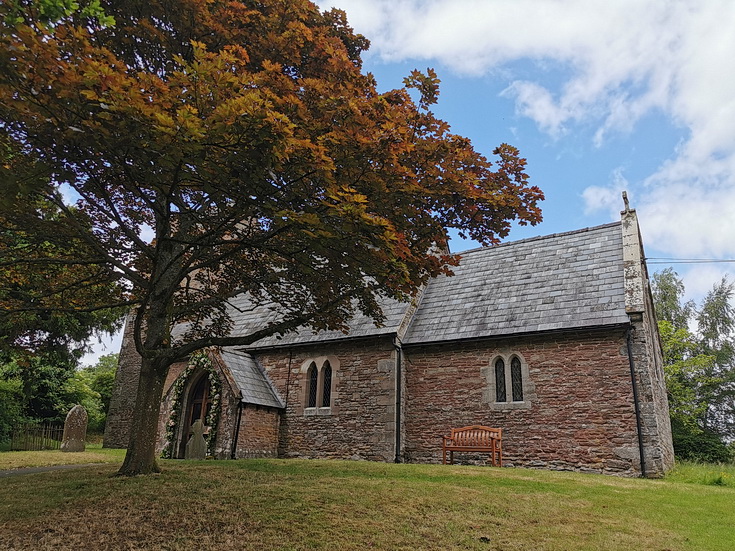 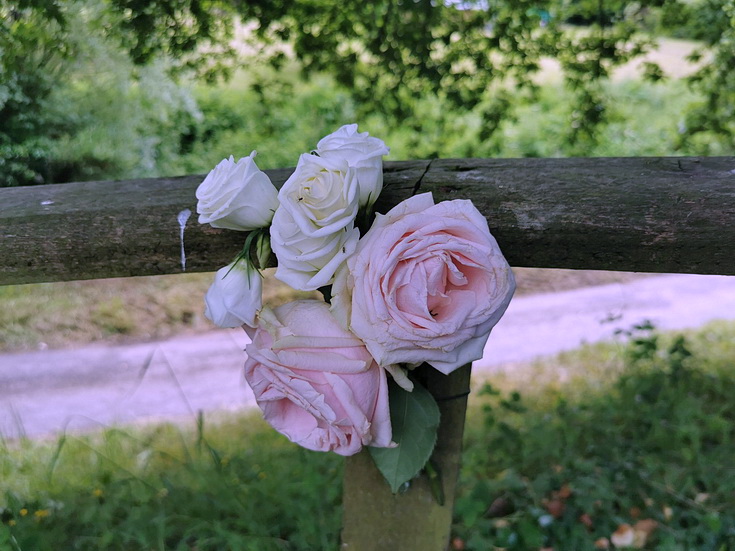 A life size Queen, dodgy boozer and a Grade I listed church: a walk around Stanford-le-Hope and Corringham, Essex