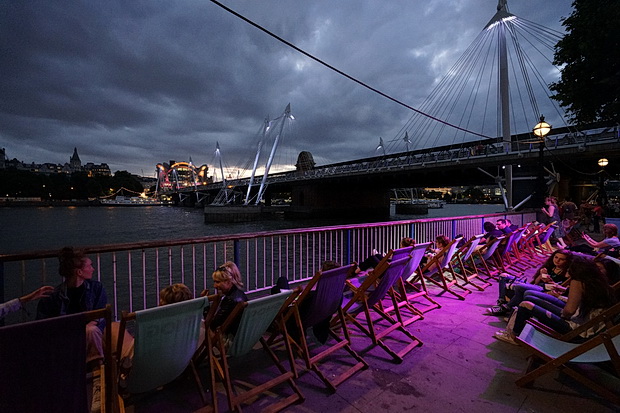 On a hot summer evening, the South Bank can be a lovely place to hang out, taking a stroll along the banks of the Thames and watching the river boats gliding up and down. 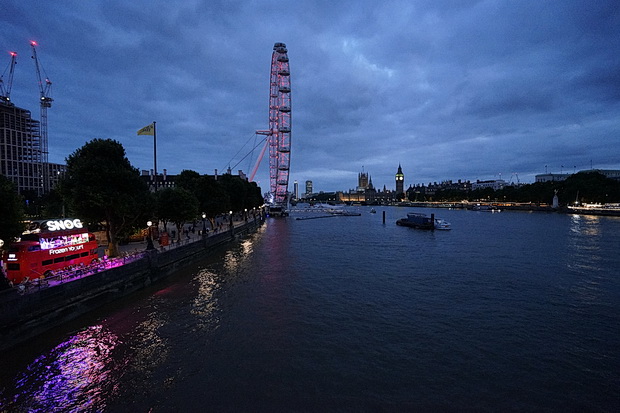 Here’s a series of photos taken this week, straight after I’d seen the wonderful Klanghaus music installation at the Southbank Centre. 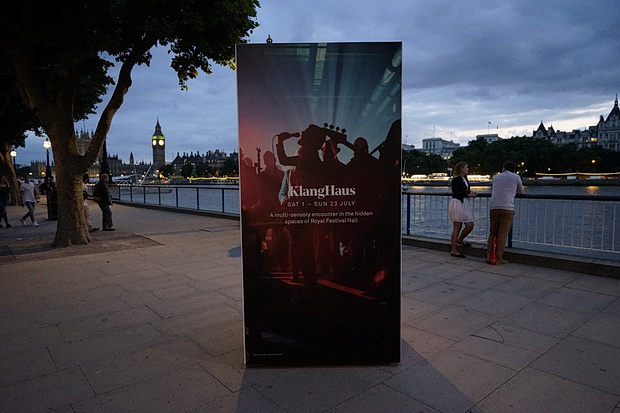 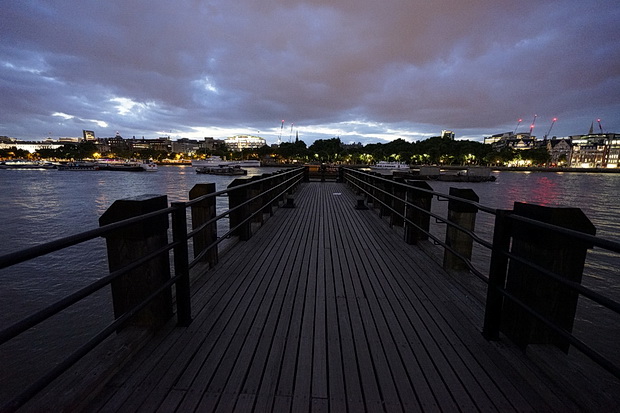 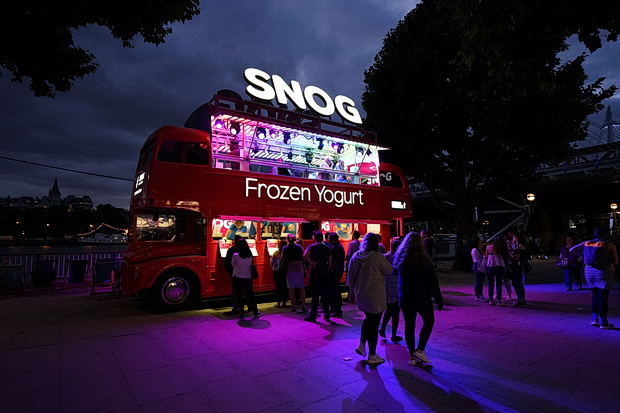 I don’t like seeing corporate branded buses parked up on the walkway, but this gets a pass because of (a) the wonderful lighting and (b) it’s a Routemaster bus. 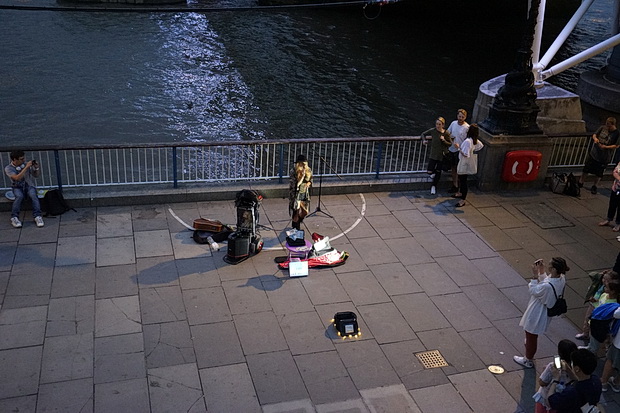 Happily, at this time of night, the place wasn’t plagued by those tedious human statues all pulling off the same one-trick-pony with the ‘levitating’ frame.

At this time of night, there was just one musician playing by Hungerford railway bridge, which is now flanked by two pedestrian bridges. See how it looked in 1995 and see its famous skateboard graveyard. 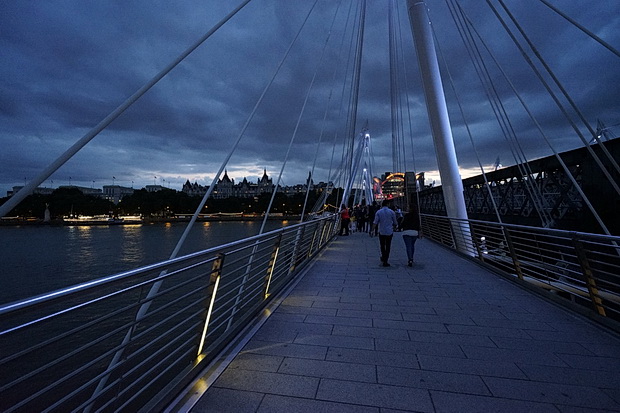 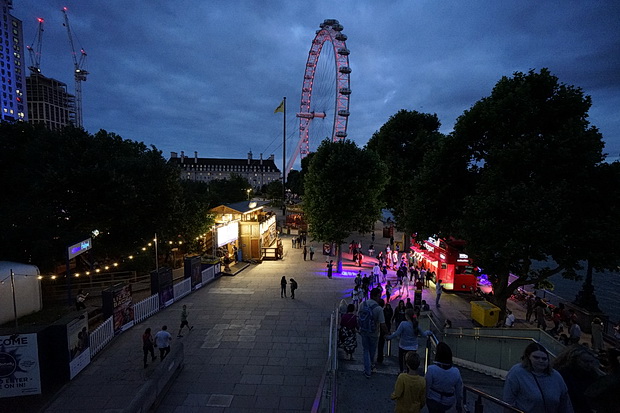 London Eye in the background. 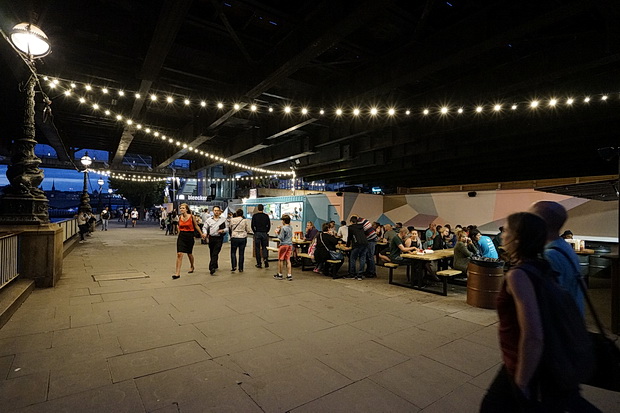 Food and drink stalls under the bridge. 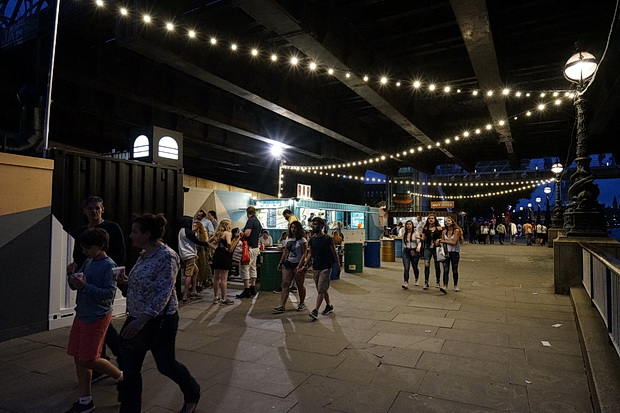 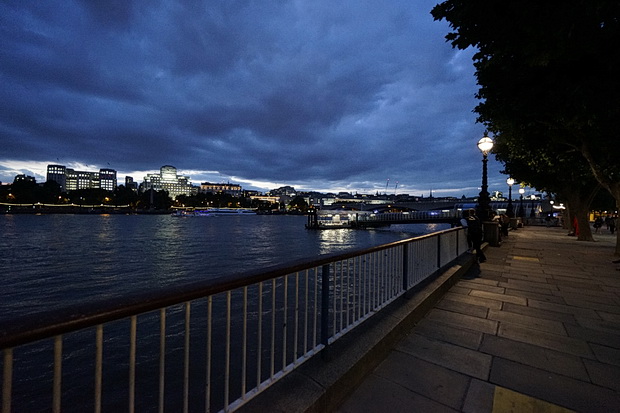 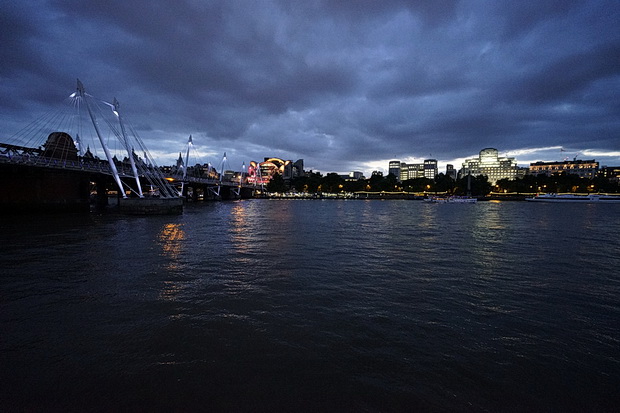 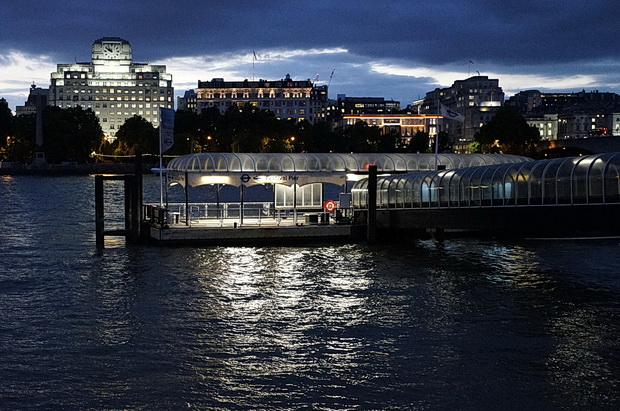 Festival pier, a stop for river boat services on the Thames. 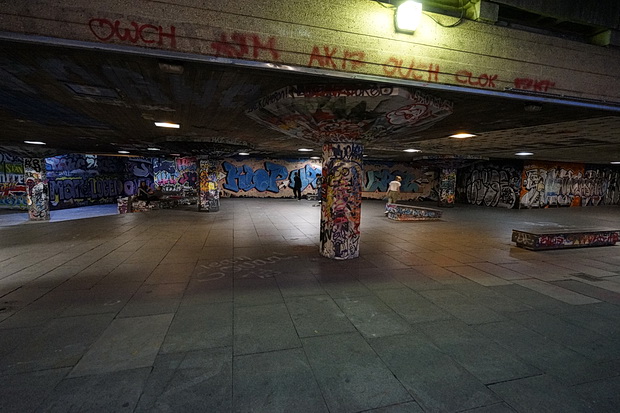 Southbank Skatepark in the undercroft of the Southbank Centre. 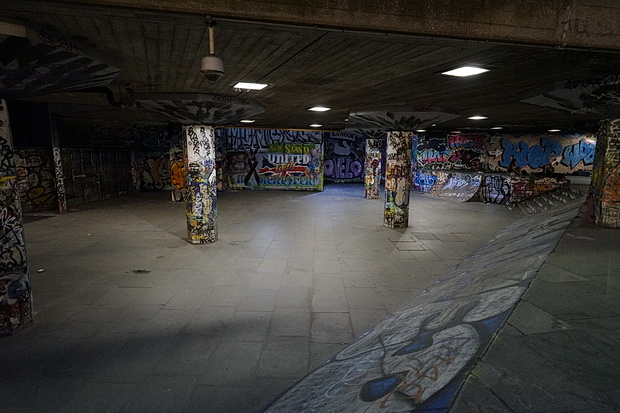 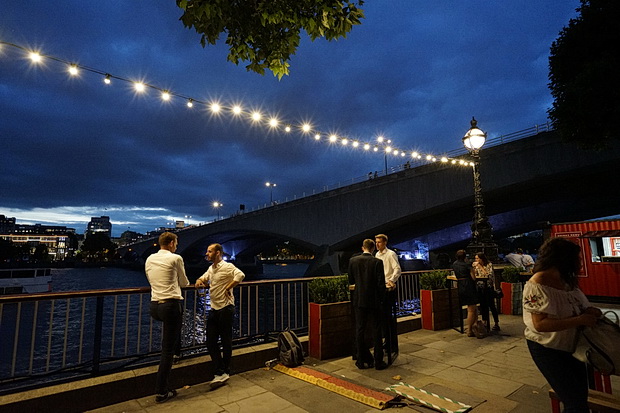 Having a pint by Waterloo Bridge. 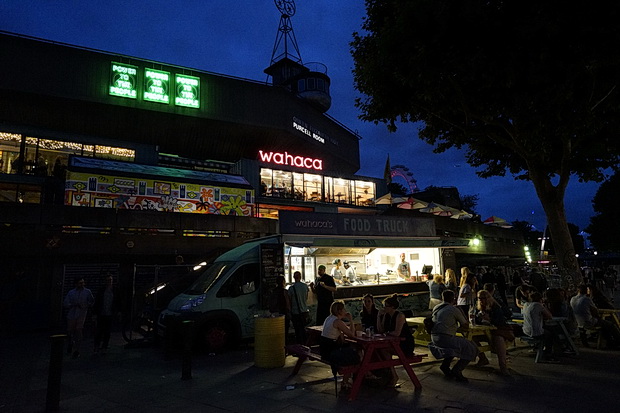 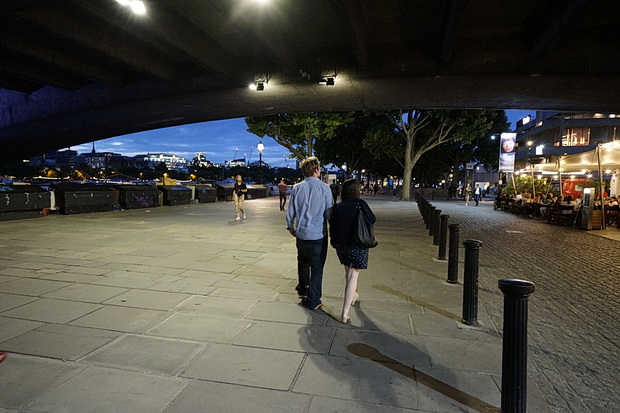 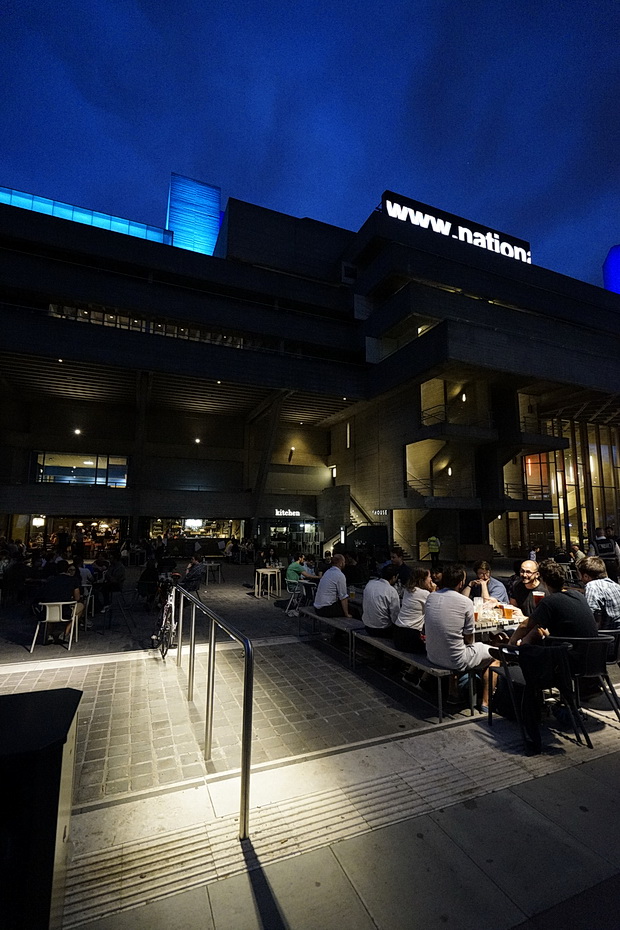 Drinkers outside Denys Lasdun’s National Theatre, one of London’s most divisive Brutalist buildings whose rough concrete appearance was once described by Prince Charles as being like “a nuclear power station.” 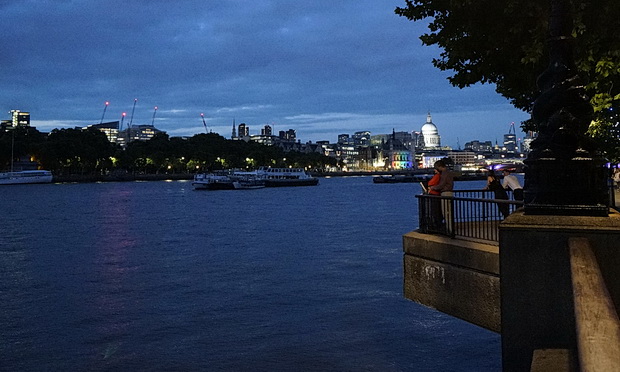 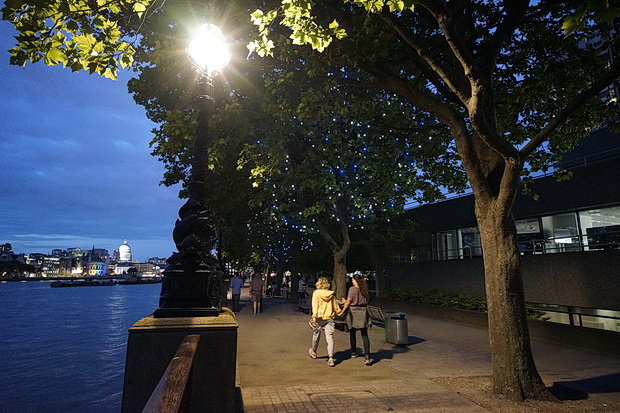 Under the riverside trees, which are illuminated by fairy lights at night. 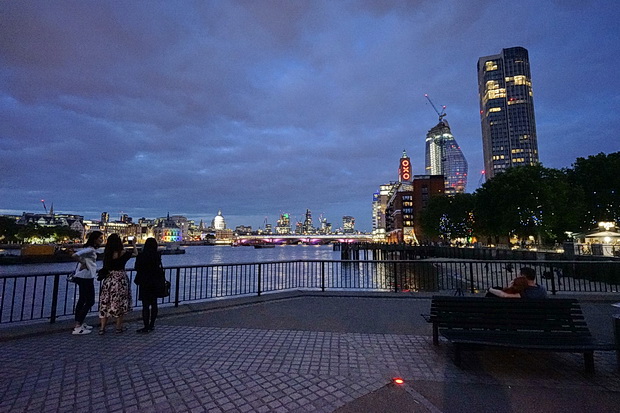 Looking east, with the dome of St Paul’s centre left. 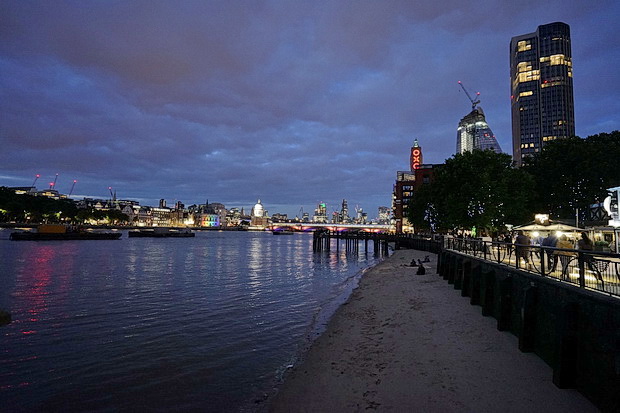 Low tide sees a beach appear. There’s been some wonderful parties there! 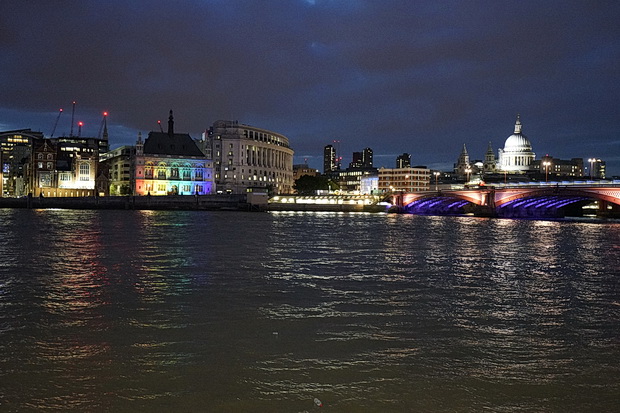 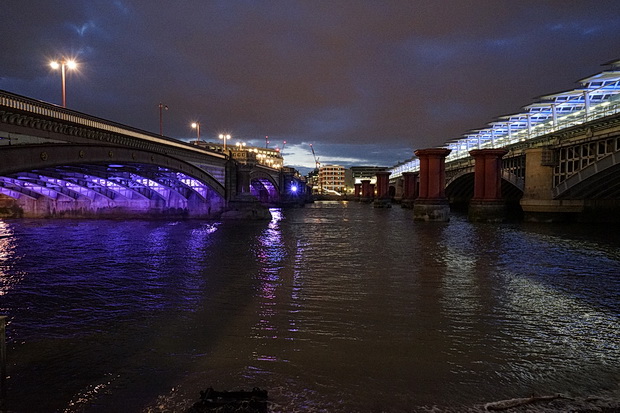 To the right can be seen the abandoned pillars of the Blackfriars railway bridge. Read more here.

See more photos and walks around the Thames here.