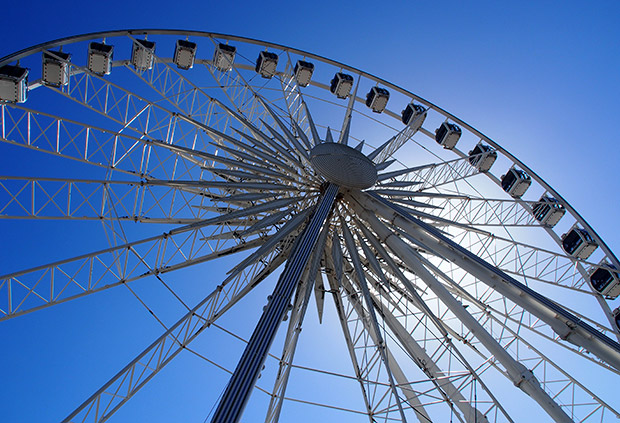 No city is a city without a huge ferris wheel these days, and since October 2011,  the Brighton Wheel has been spinning folks around on Madeira Drive, right on the Brighton seafront. 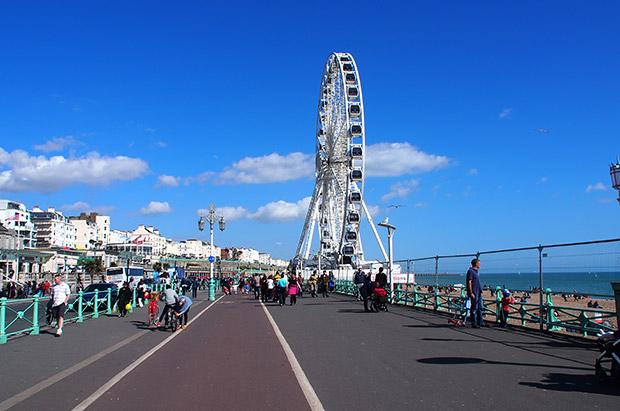 The wheel is a well travelled creation, previously being installed in Paris and South Africa. It cost £6m to bring to Brighton and reaches 50 metres above sea level at its maximum elevation.

There’s 35 viewing capsules (priced at £8 for adults) and one “VIP” capsule which declares itself to be the ‘Ultimate VIP Champagne Experience,’ with a half bottle being lobbed in for your £60 fare.

Passengers taking the 12 minute ride – sorry, “voyage” – are regaled by a no-doubt pithy’n’witty commentary by the actor/comedian Steve Coogan.

Non-fans of Mr Coogan’s particularly brand of humorous discourse will be pleased to learn that there is an “off” switch in each pod. 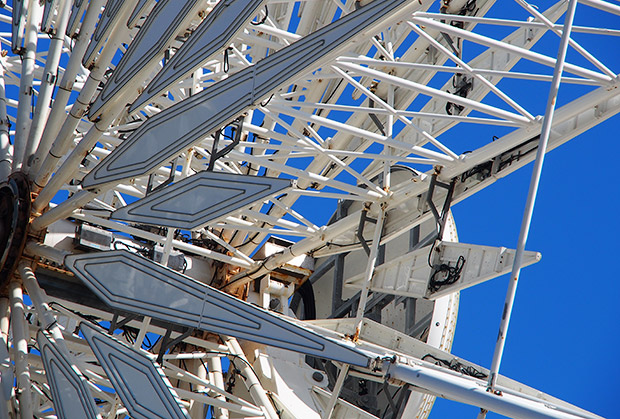 The Brighton Wheel is supposed to be a temporary attraction while the council flounders about trying to raise funding for the i360 tower, their ghastly ‘vertical’ replacement for the  West Pier.

The iconic West Pier had sadly met its fate in the early 2000s after a series of natural and decidedly unnatural-looking calamities befell the Grade I listed Victorian pier.

Despite the best efforts of the West Pier Trust, it’s now officially lost forever, hence the decision to unleash the i360. 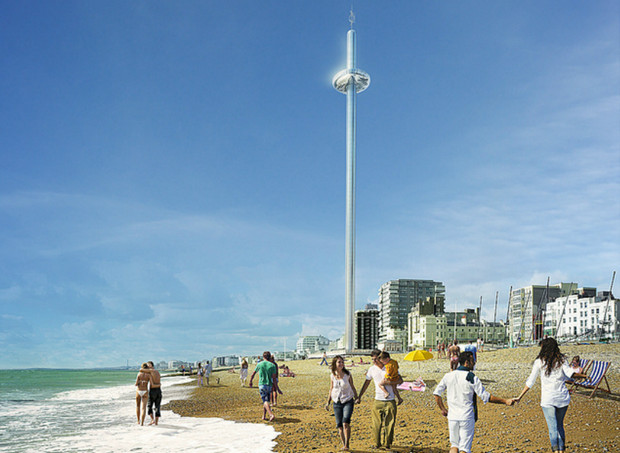 Soaring 175 metres into the Brighton skyline, the proposed tower features an observation pod rising to 141 metres, plus shops and catering at the base.

Dreamt up by Marks Barfield, the team behind the London Eye, the i360 claims to be a ‘vertical pier’ that somehow embodies the ‘spirit of the original pier’s history‘ and its ethos.

Unfortunately for its backers, the credit crunch crisis of 2008 scuppered any hope of the thing being built on time, with the original completion date of 2013 now being put back to 2015. And I wouldn’t hold my breath on that one either. 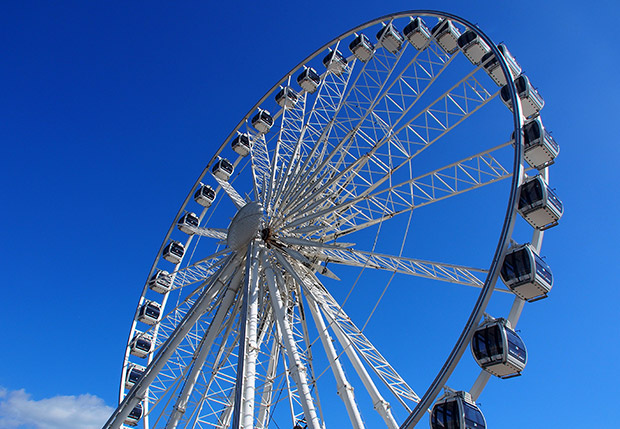 With Brighton still lacking its shiny new space-age tower, another new seafront attraction was needed to fill in the gap, and so the Brighton Wheel shimmied into town, for an uncertain length of time.

Here’s how a local site describes the current situation:

Is the Brighton Wheel a permanent attraction?

In theory, no. When the West Pier Trust failed to build its proposed i360 viewing tower, Paramount Attractions saw a gap in the market. But the City Council still supports the i360 proposal and therefore has only given the Brighton Wheel a 5 year operating licence at Dalton’s Bastion.

Supposedly, if the i360 is built, the Brighton Wheel will be dismantled. In May 2012 the council offered to loan the i360 company £14 million to complete its funding and get it finally built. The total cost of the i360 is put at £35 million. 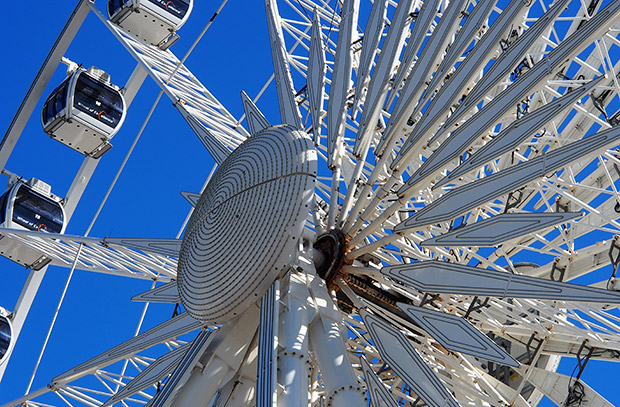 A sunny summer’s afternoon in Brighton