Ready and willing to do their bit to inflate local house prices and accelerate rents out of the reach of many are the notorious estate agents Foxtons, who are now preparing to open a ‘funky’ office in Brixton Road. 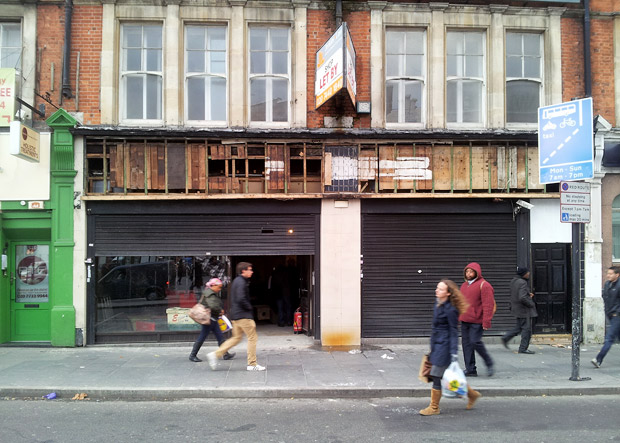 Brixtonites will soon be able to enjoy the sight of the ‘edgy’ Foxton Mini cars revving up outside the premises at 506 Brixton Road, formerly occupied by the Speedy Noodle fast food restaurant. 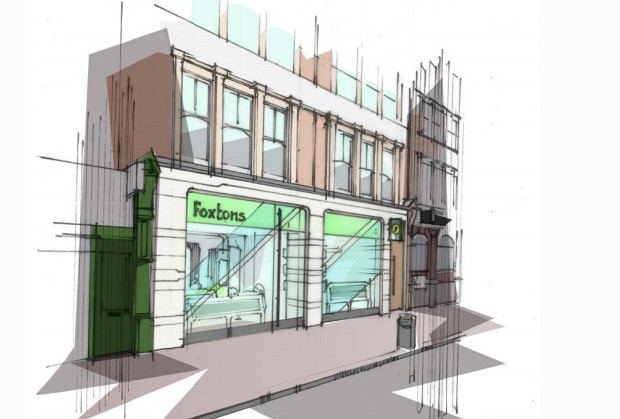 Here’s the artist’s impression of the new Foxtons on Brixton Road, adding another bland corporate façade to Brixton’s main drag.

Foxton’s aren’t just any old estate agents though: this lot have an appalling reputation.

After they were forced to reword their contracts after a court order from the Office of Fair Trading, here’s what The Guardian had to say about the company’s business ethics:

Staff were paid minimal basic salaries plus commission so that, according to one former employee, they were “driven to do almost anything to clinch a deal”.

Dodgy practices included pulling down other agencies’ For Sale boards and putting up their own for properties they weren’t even selling. 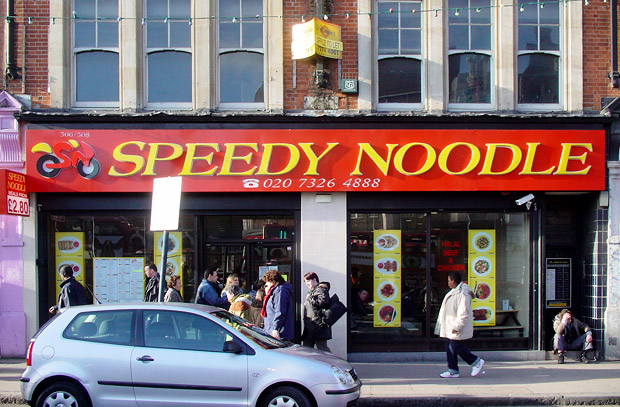 Here’s how the building looked in January 2004 when it was operating as a fast food restaurant. 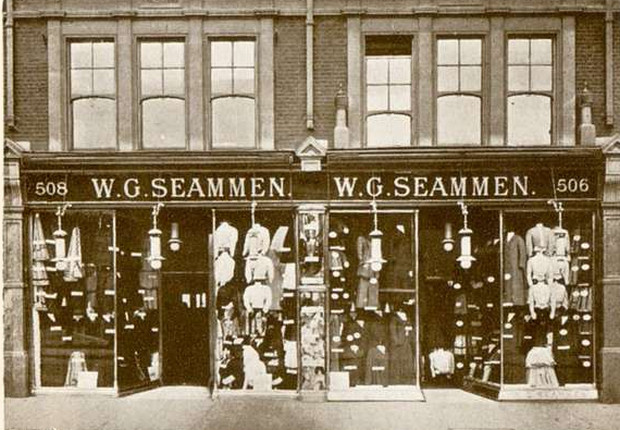 Seen in 1910, the building was used by  W.G.Seammen, a ladies’ and children’s mantle maker, outfitter and furrier.

This image is taken from a contemporary advertisement which hoped that their ‘skirts and blouses in the newest materials and boas in all the latest and most fashionable shapes’ would attract the purses of passing Edwardian ladies. (pic: Lambeth Archives)

Update: I found this and simply had to share it!  🙂 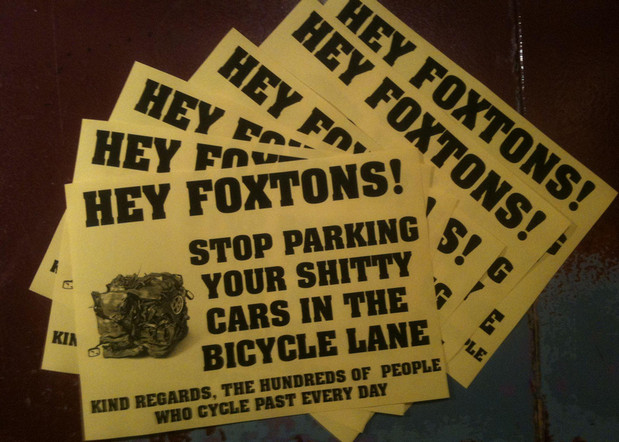 “Stop parking your shitty cars in the bicycle lane.

Kind Regards, the hundreds of people who cycle past every day.”

Windscreen notices for the Foxtons’ cars which are parked in the Clerkenwell bicycle lane every fucking day.