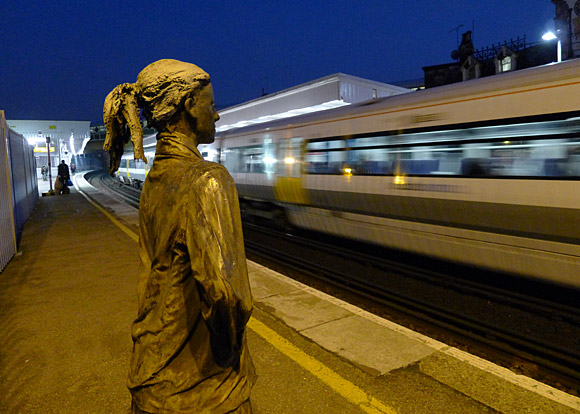 Following on from my original feature of the three bronze passenger statues on Brixton railway station, I’ve grabbed a few more photos and some contemporary views of the rather more elusive third sculpture. 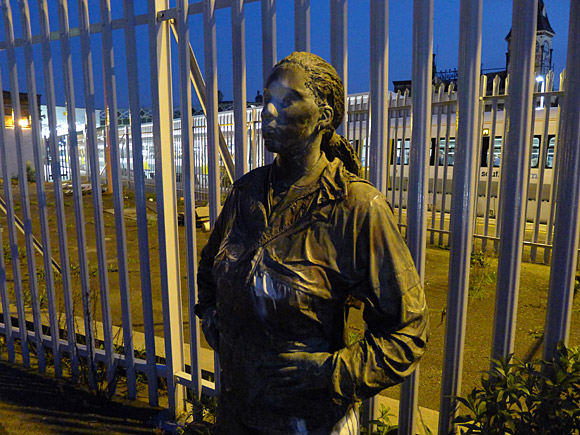 While two figures can easily be seen on the open platforms, the third figure stands on the abandoned Catford platform, which directly faces Brixon Rec.

The statue is hidden behind a large – and rather ugly – triangle of tall metal fencing but it is actually possible to walk on to this platform from the end of the southbound platform.

In the background of the image above, you can see the clock tower of the Railway Hotel/Brady’s public house. 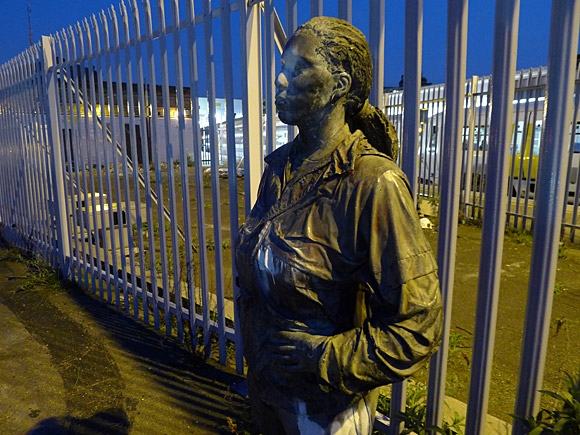 The statue remains in good condition, although some oaf has daubed on some white paint. 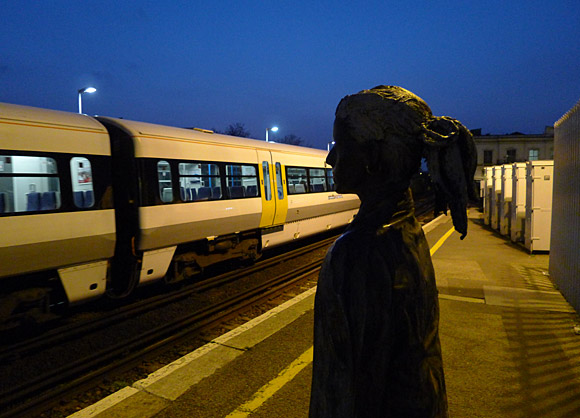