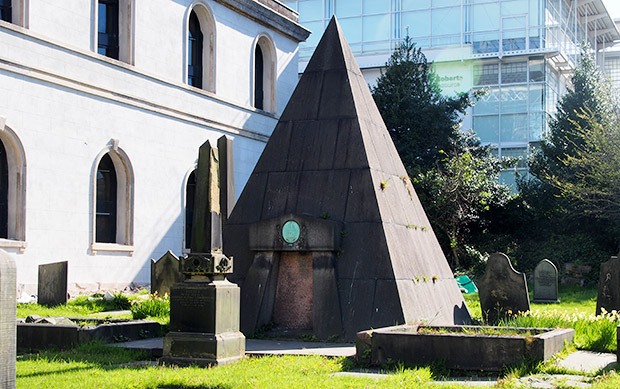 The tomb lies in what is reputed to be one of the most haunted areas of Liverpool city. 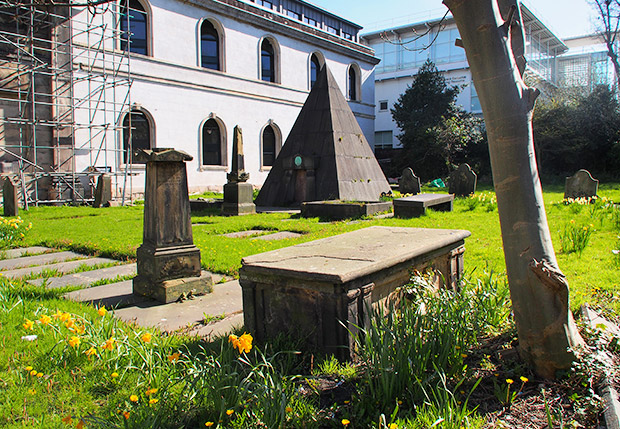 Born near Nelson, Lancashire in 1794 and the eldest of the 11 children, Mackenzie started his career as an apprentice weaver but changed to civil engineering.

He went on to make his fortune working as engineer on canal and railway projects, latterly working on new railway lines in France, Spain, the Italian states and Belgium. 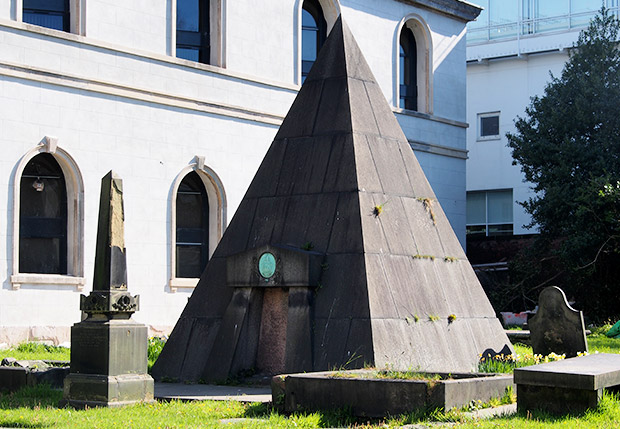 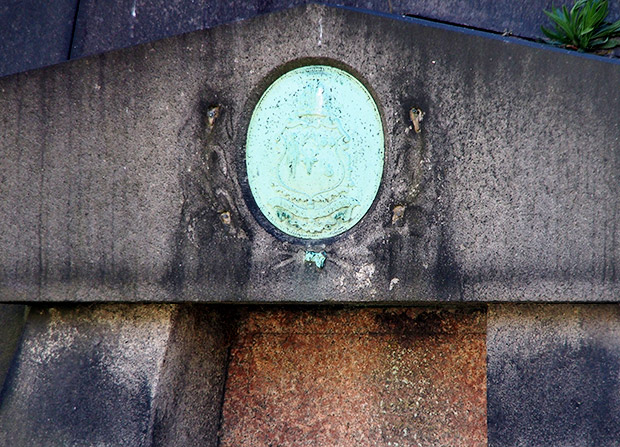 I couldn’t get any closer to the monument, but according to Wikipedia, an inscription on the Pyramid door reads:

In the vault beneath lie the remains of William Mackenzie of Newbie, Dumfriesshire, Esquire who died 29th October 1851 aged 57 years. Also, Mary his wife, who died 19th December 1838 aged 48 years and Sarah, his second wife who died 9th December 1867 aged 60 years. This monument was erected by his Brother Edward as a token of love and affection A.D. 1868. The memory of the just is blessed. 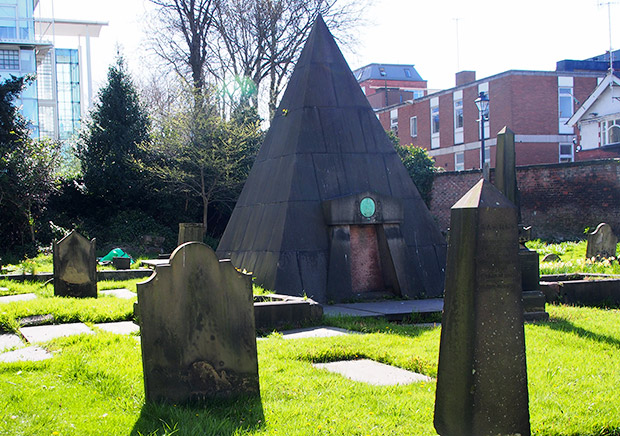 A wonderfully improbable local legend tells the story of how McKenzie was supposedly entombed seated at a table with a winning hand of cards in his bony fingers.

The yarn insists that as an inveterate gambler, he bet and lost his soul in a game of poker with the Devil and figured that if he was never buried, Satan could never claim his prize.