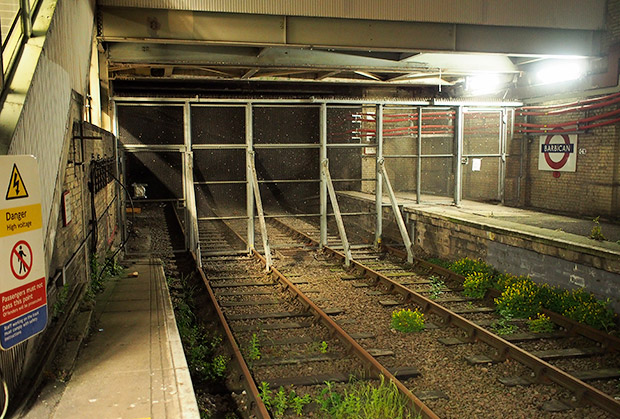 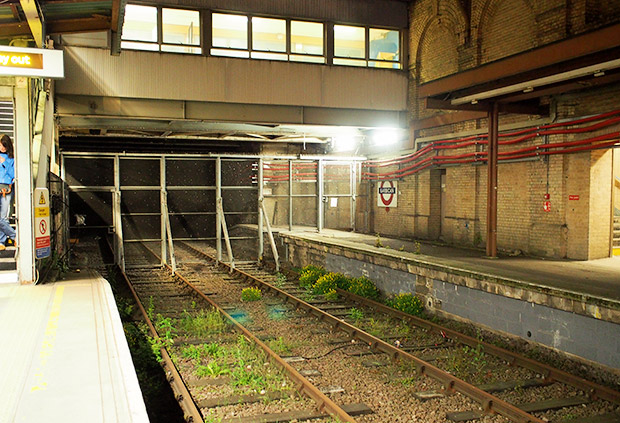 The two Barbican platforms were once served by train running on the short line between Moorgate and Farringdon, but the branch was taken out of service in 2009 in order to lengthen platforms at nearby Farringdon. 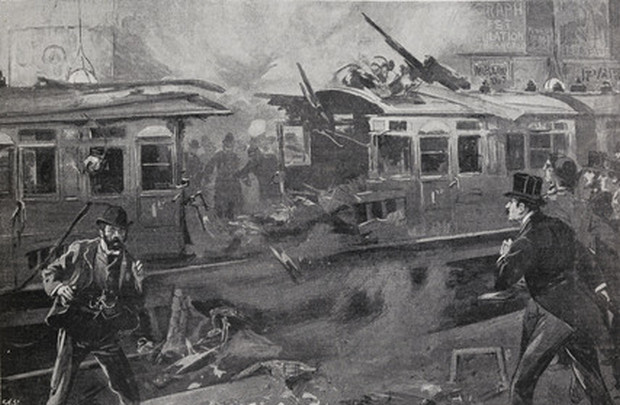 The station was the scene of what was described as an “anarchist bombing” on the 28 of April 1897, with the explosion injuring sixty people, ten seriously, with Harry Pitts being the only fatality.

The act was attributed to Irish nationalists, with the Times reporting that ‘the four inside compartments were smashed… almost the whole roof of the carriage has been blown off’.  [source] 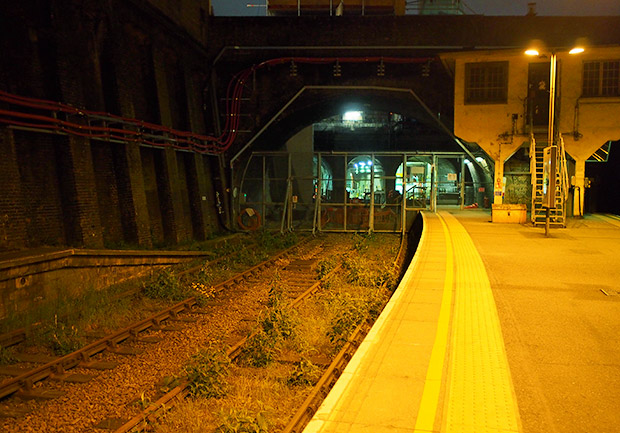 A view of the western end of platforms 3 and 4, with a disused signalbox is on the right and the abandoned tracks leading under Smithfield Market.

When Crossrail is built, the Farringdon eastern ticket hall will be just to the west of Barbican station, and an interchange will be built here. These works will see the demolition of the former signal box and the provision of a new footbridge spanning the tracks [source]. 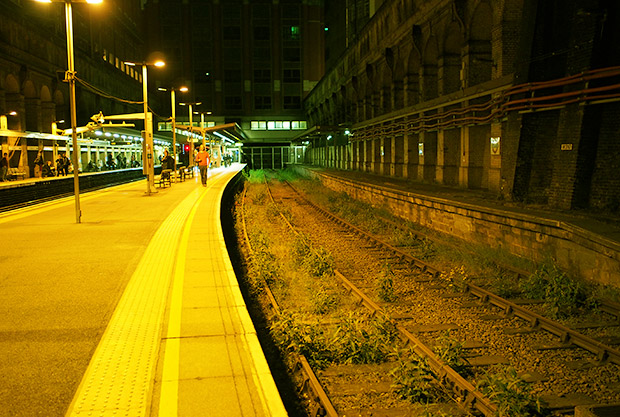 Looking back along the abandoned tracks. 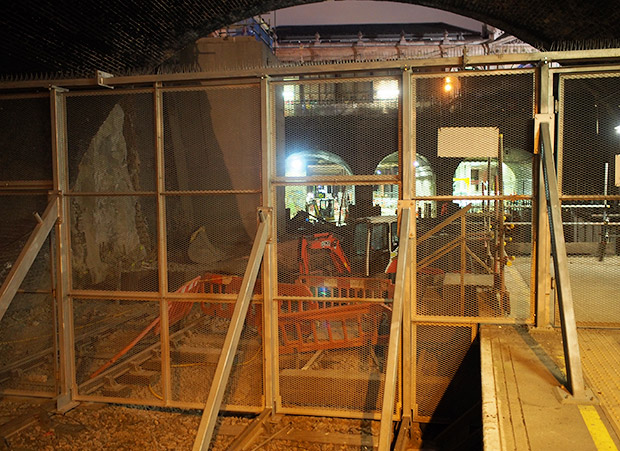 Metal gates at the western end of the platform. Note the work going on in the tunnels ahead.

The station platforms used to be covered by a glazed arch, similar to the one in Farringdon, but after suffering serious bomb damage during the Second World War, it was eventually removed in 1955. 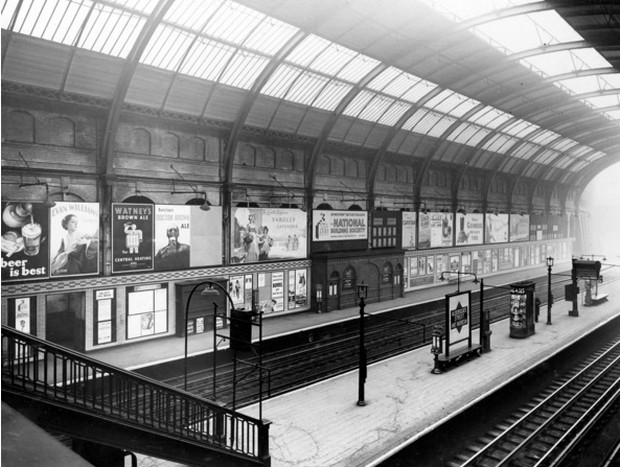 Local resident John Betjeman wasn’t pleased at all about the station losing its roof, and put pen to paper in protest, publishing this poem:

Monody on the Death of Aldersgate Street Station (John Betjeman)
Snow falls in the buffet of Aldersgate station,
Toiling and doomed from Moorgate Street puffs the train,
For us of the steam and the gas-light, the lost generation,
The new white cliffs of the City are built in vain.
[Read full poem here]

3 Comments on “The disused Thameslink platforms at Barbican station, London”