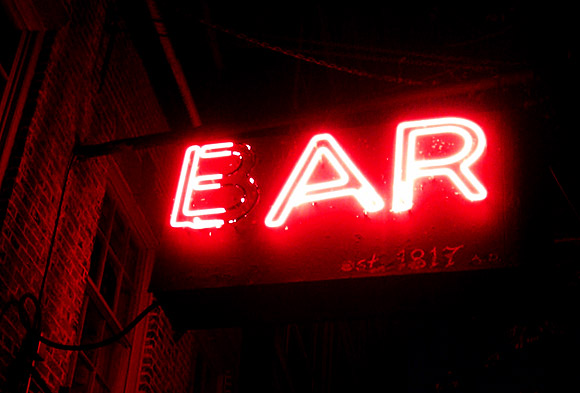 The Ear Inn at 326 Spring Street, NY (btw. Greenwich and Washington) claims to be the oldest working bar in NYC and  is a designated Landmark of the City of New York. 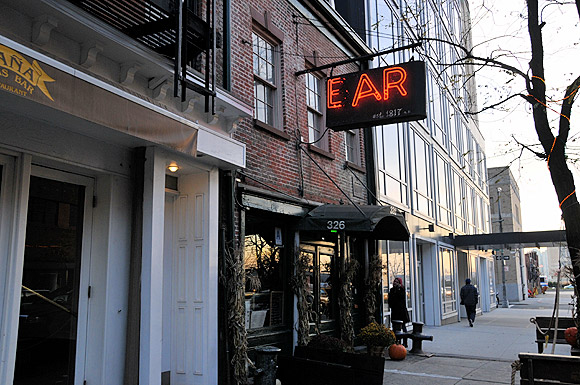 Since the end of Prohibition, the Ear Inn had no name, but in 1977 the new resident-owners decided to avoid any lengthy reviews by the Landmark Commission over a new sign by simply painting out part of the existing neon BAR sign.

By that deft move, the bar was renamed the Ear Inn which was handy because the musical Ear Magazine was published upstairs too! 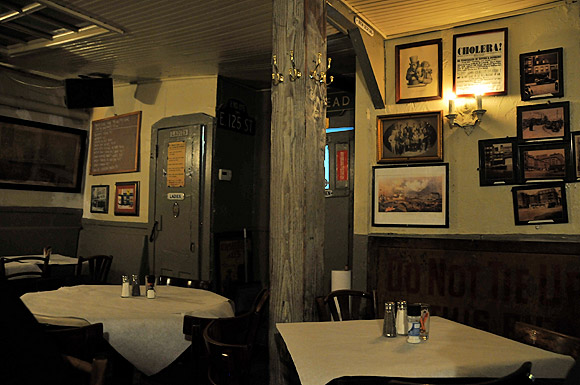 The house dates back to 1817, but only became a bar in the 1890s, when an Irishman named Tom Cloke bought the property and turned it into a rough’n’ready drinking house.

One of the last Federal houses left in New York City, the Ear Inn retains many original features including wooden beams, dormers, double splayed keystone lintels and a gambrel roof. 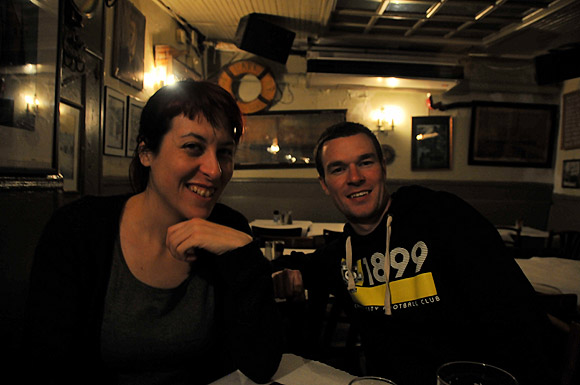 Enjoying a drink inside. My mate Jim has cunningly managed to avoid the lens. 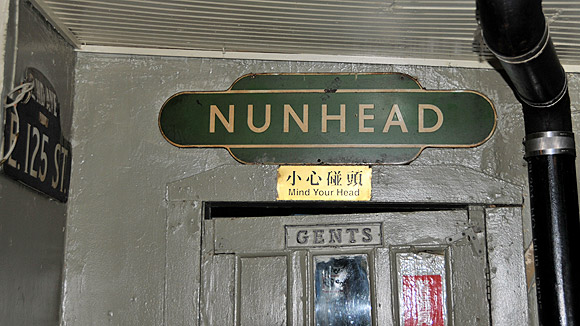 Rather unexpectedly, I came across an old British Railways ‘totem’ style station sign for Nunhead station in the bar (above the Gents loo, to be precise).

Note for visitors: Nunhead is situated in south London, is famous for its cemetery,  and it was once possible to get a train direct from Brixton en route to Crystal Palace.

Discuss the bar on our bulletin boards

The tin can collector, Harlem, NYC

One Comment on “The Ear Inn – the oldest working bar in NYC, with a Nunhead connection”