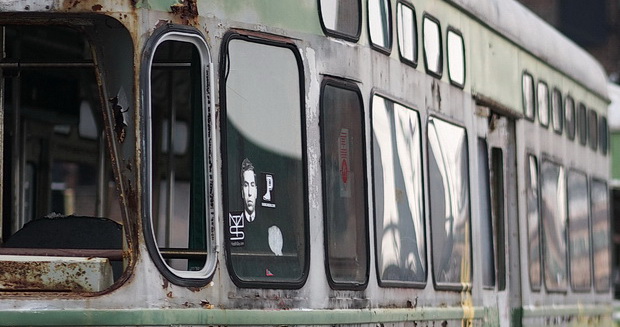 The Red Hook waterfront has been dominated by the sight of three abandoned trolley cars for many years, but last weekend they were unexpectedly removed and now face an uncertain future. 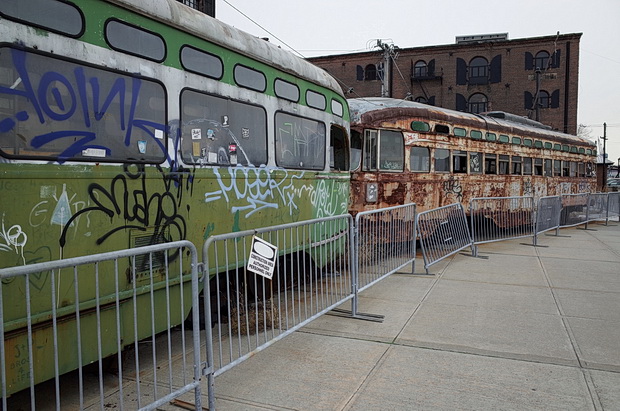 The cars were left stranded in Red Hook after an attempt to set up a historic trolley line in the area failed, and over the years their condition deteriorated considerably. 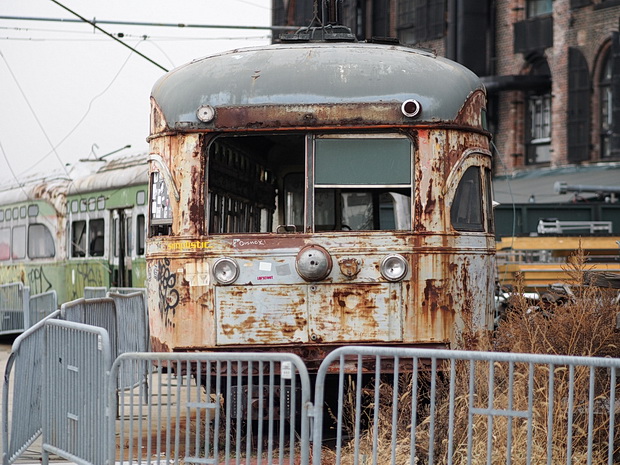 The cars were left on land owned by a local real estate development business, the O’Connell Organization, who donated them to the Branford Electric Railway Association (BERA), which operates the Shore Line Trolley Museum in Connecticut, paying a ‘substantial donation’ towards transporting the cars to a storage location.

Their removal came as a shock to Bob Diamond, chairman of the Brooklyn Historic Railway Association, who told DNAinfo.com that they, “basically snuck up and took them out of there.”  A local photographer captured the cars being hailed out of Red Hook.

Diamond said that he spent more than a decade working to build a trolley network in Red Hook with his association, and had hoped to restore and repaint the trolleys. Despite trying to contact the O’Connell Organization several times this year, he said he had heard nothing back. 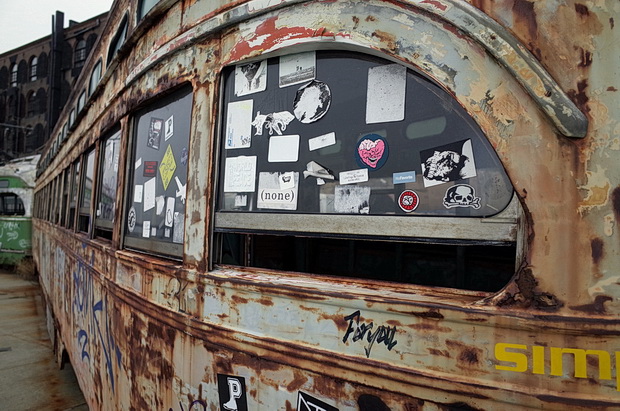 A statement on the O’Connell Organization’s website gives their side of the story:

Unfortunately, the salt water that flooded the Brooklyn neighborhood of Red Hook during Hurricane Sandy did considerable damage to these trolleys, limiting the potential of finding a suitable organization to undertake their rebuild.  The list of issues that arose post-Sandy with respect to these trolley cars includes rust, rotting, missing doors, frozen gear cases, destroyed windows and glass, and motors which were immersed in salt water.

The O’Connell Organization continues to hope that these trolley cars will serve a purpose somewhere and have donated them to the BERA for this very reason.  Rather than let these historic trolleys continue to sit stagnant, building up rust and rot in Red Hook , the O’Connell Organization has passed them on to BERA, which has the ability to rebuild them or at the very least can facilitate a transfer to someone that will. 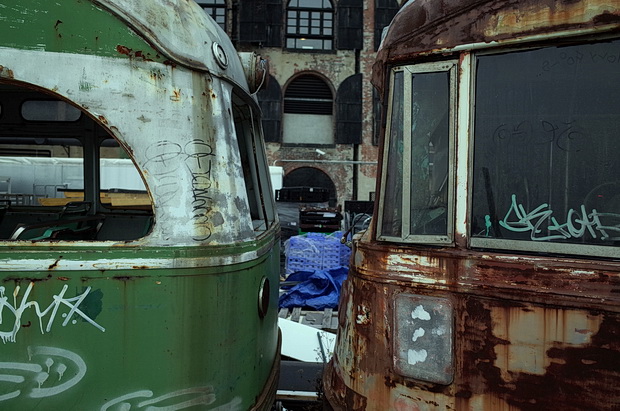 Personally, I rather liked how they looked – rust and all – and I suspect that O’Connell’s apparent philanthropy may well have been sprinkled with a bit of hard business pragmatism – clearing away the cars will certainly provide a more ‘attractive’ vista to investors. 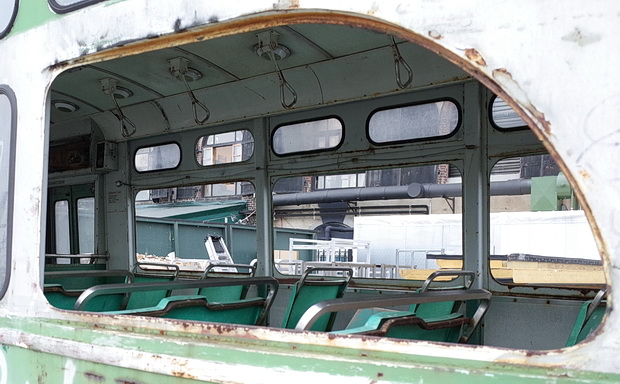 Unfortunately, the future for these cars still looks very bleak indeed, as BERA have failed to find anyone interested in taking them on because of their poor condition.

Some time ago, our organization was contacted by the O’Connell Organization to assist in trying to find these cars new homes, similar to what we have done for other museums.   Over a year has now been spent in doing so, with several museums, transit systems currently running or contemplating heritage operations (such as San Francisco and St. Louis), even trolley car brokers and rebuilders (Gomaco and Brookville), all declining them as intact vehicles due to their location and damage from salt water from Hurricane Sandy.  As our own museum also suffered considerable damage from Sandy, we can fully understand the lack of interest.

In a last ditch effort to save these cars, they were removed from the waterfront location they have been at for these many years on Sunday, February 9, 2014, loaded during the day and leaving at Midnight per NYC DOT regulations.   They will be stored and given one more try via the internet and other media to find them a home.  If by the end of spring we are unsuccessful, the cars will have any salvageable components removed for use in the streetcar preservation community and the remainder disposed of.  The cars are not and will not be located at our museum, but are at a safe site, away from vandals and thieves. 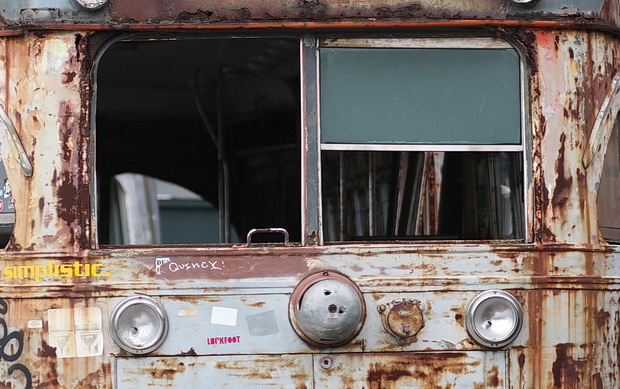 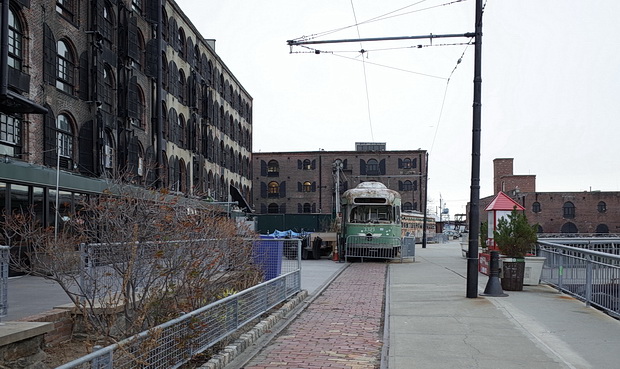 Here’s some more photos of the cars in Red Hook taken in December 2013. 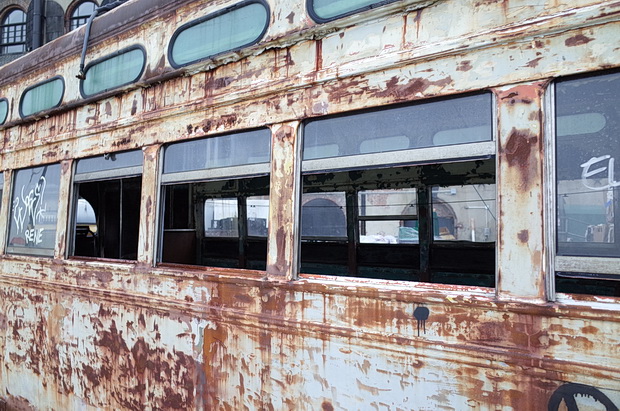 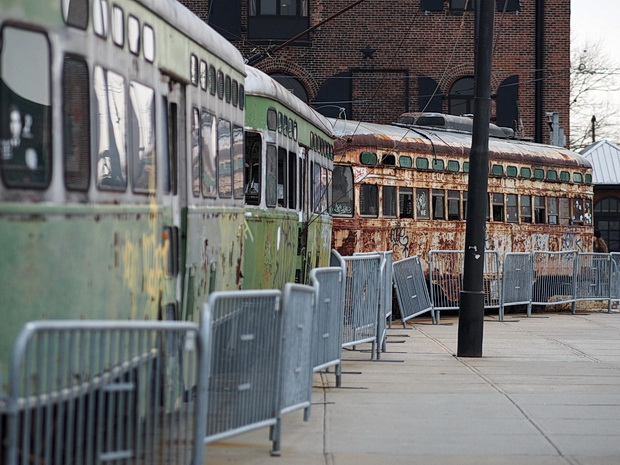 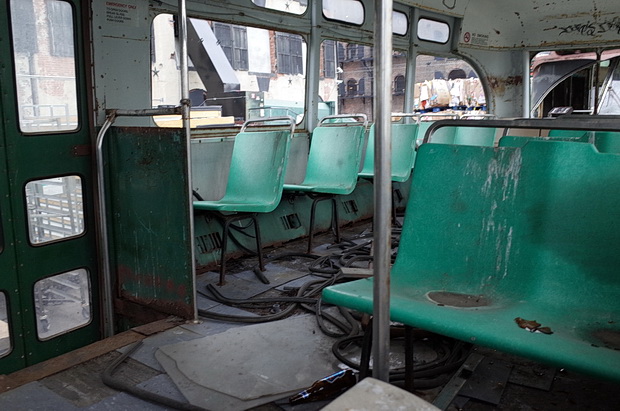 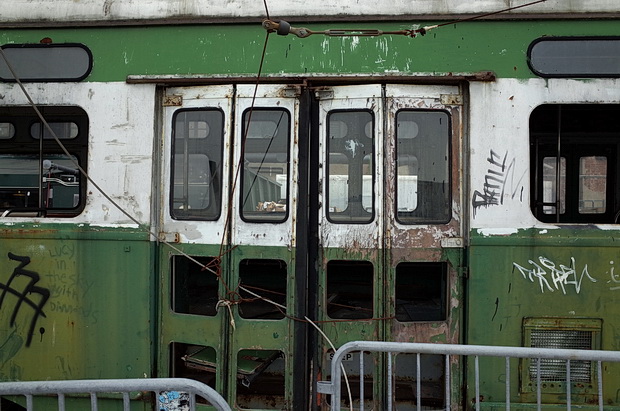 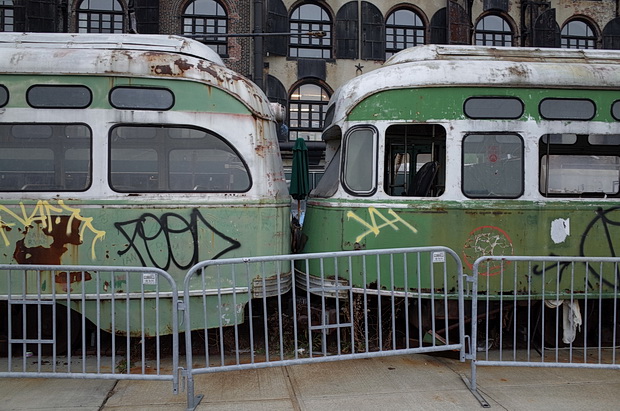 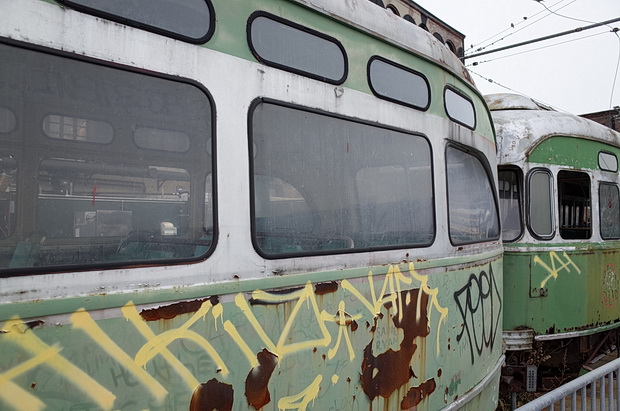 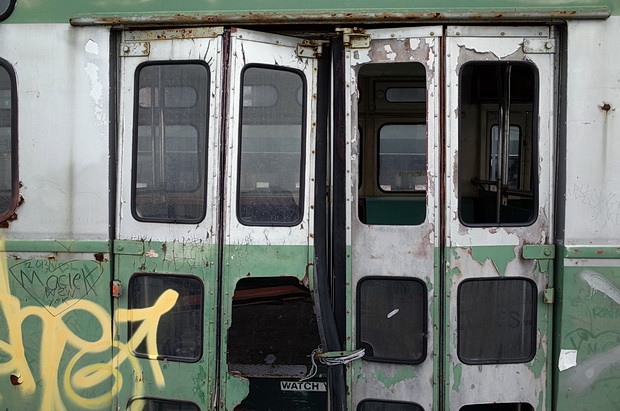 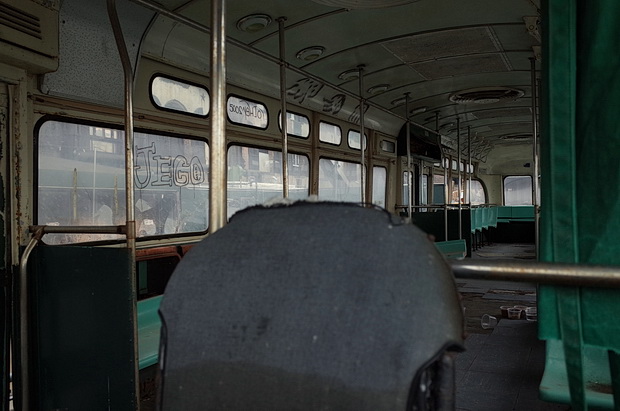 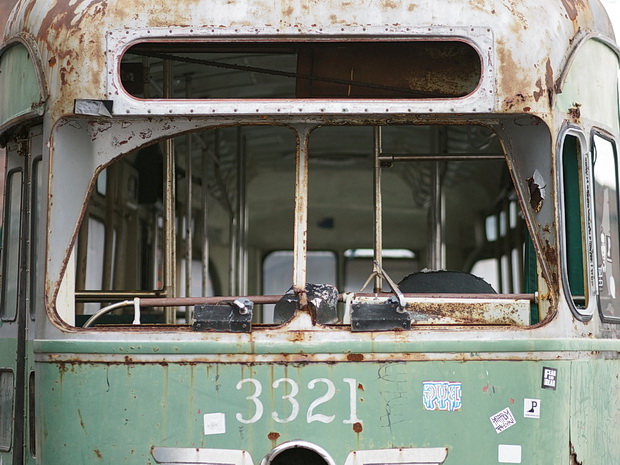 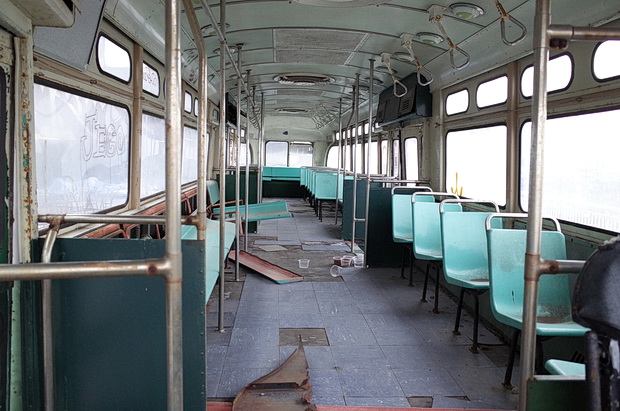 There was at least one cat that lived in this trolley car, with a kind neighbour providing food in plastic containers for the moggy. 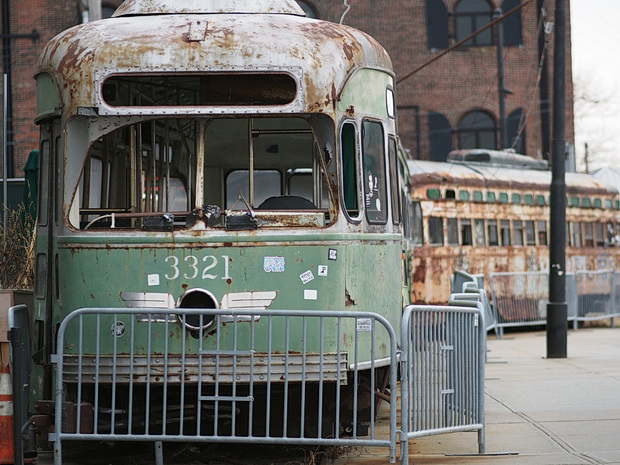