With London’s South Bank full up with competing buskers on a Sunday afternoon, the challenge for entertainers is to come up with something fun and unusual enough to catch the eye (and hopefully the wallets) of passing tourists.

There’s no doubt that this fire breathing tuba player managed to create a suitable stir, and hopefully his imaginative efforts were suitably rewarded by passers-by. 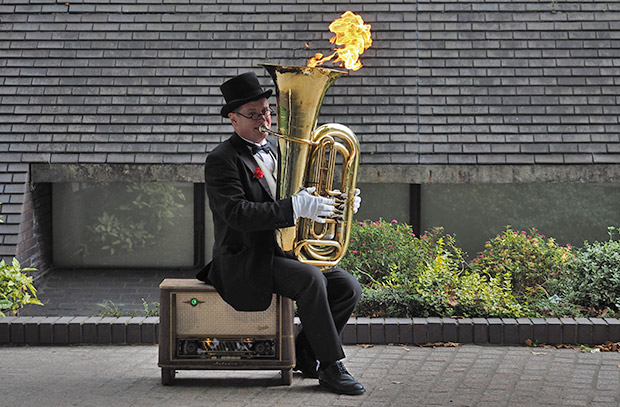 There wasn’t a great deal to his act – he basically played along in time to an old fashioned track, with bursts of flame accompanying each parp. And that was about it. 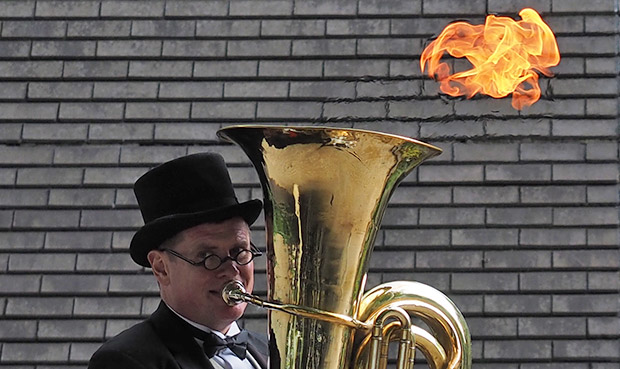 The bursts of flame were impressive and rather mesmerising to watch.

See below for two more photos of his wonderfully eccentric act, which was a great example of the kind of street performance that has been seen on the streets of London for decades – see: London placard carriers and ‘sandwich men’, 1820 -1840. 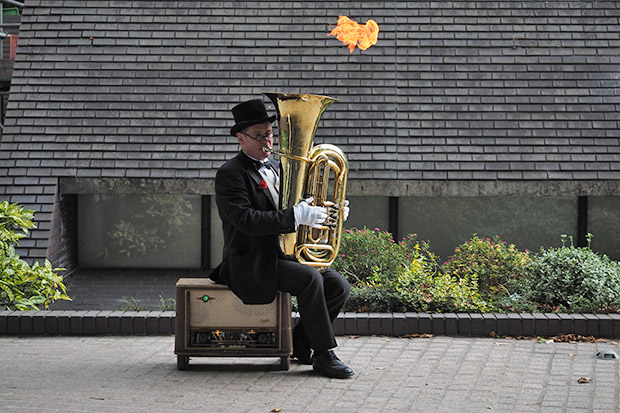 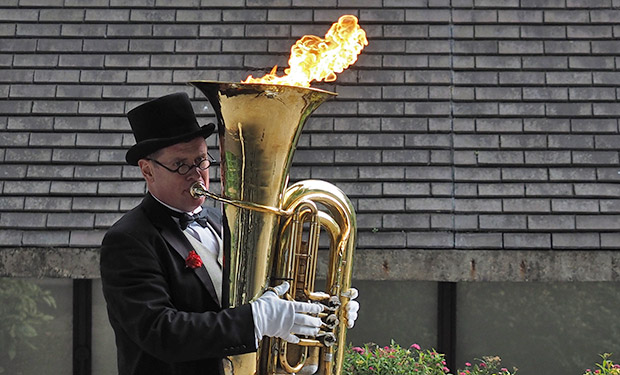 Pic of the day: a pair of photographers, South Bank, London 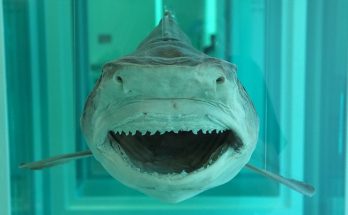