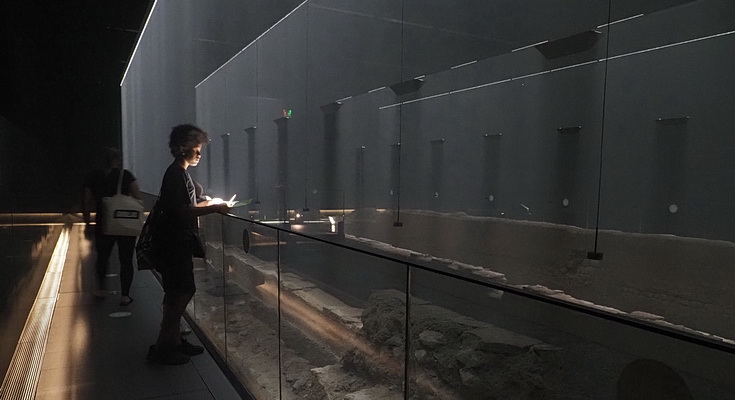 Lurking in a basement under the modern Walbrook Square development in the City of London can be found the remains of The London Mithraeum, also known as the Temple of Mithras. 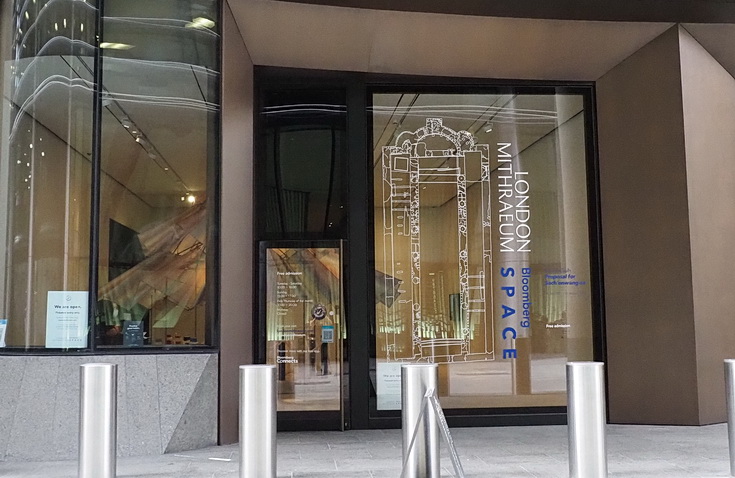 It’s one of London’s smaller museums and quite difficult to spot amongst all the concrete and steel, but inside you’ll find three floors covering Roman history, with changing exhibitions in the Bloomberg SPACE area on the ground floor. 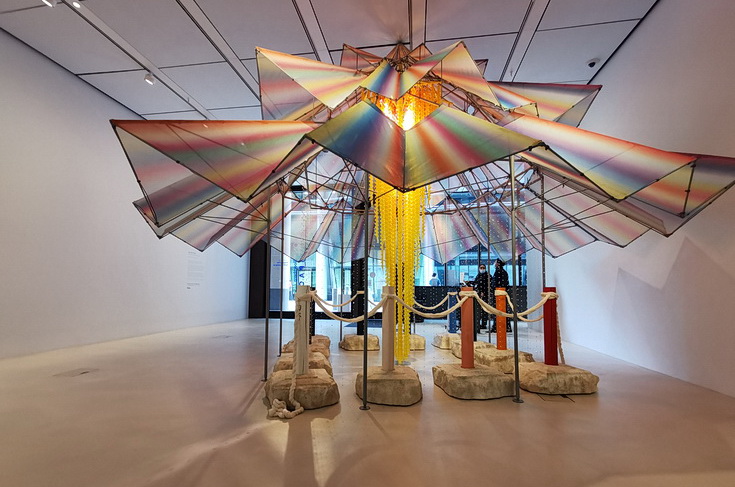 The Bloomberg SPACE aims to showcase “the best in contemporary art whilst bringing fresh perspectives to the history of this unique site,” and on display until the 22nd Jan 2022 is their commission Proposal for Sach’ŏnwang-sa, by internationally renowned artist, Do Ho Suh.

The commission is inspired by the resonance between the Roman Temple of Mithras, on which Bloomberg SPACE is situated, and the ancient Korean temple, Sach’ŏnwang-sa, built circa 670 AD.

Suh’s large-scale sculpture offers a poetic reimagining of Sach’ŏnwang-sa, an emergency structure which, though shrouded in mystery, is known to have been made from ‘colourful silk’.

The exhibition invites audiences to consider one of ancient Korea’s most significant, but enigmatic, archaeological sites while examining the concept of home and how it is formed. For Suh, the spaces we inhabit contain psychological energy, and his work makes visible markers of memory, personal experience and the need for sanctuary. 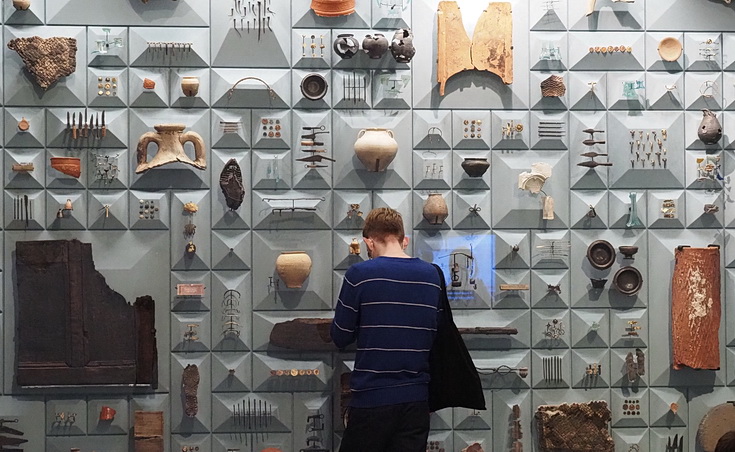 On an adjoining wall can be found a fascinating collection of Roman artefacts, 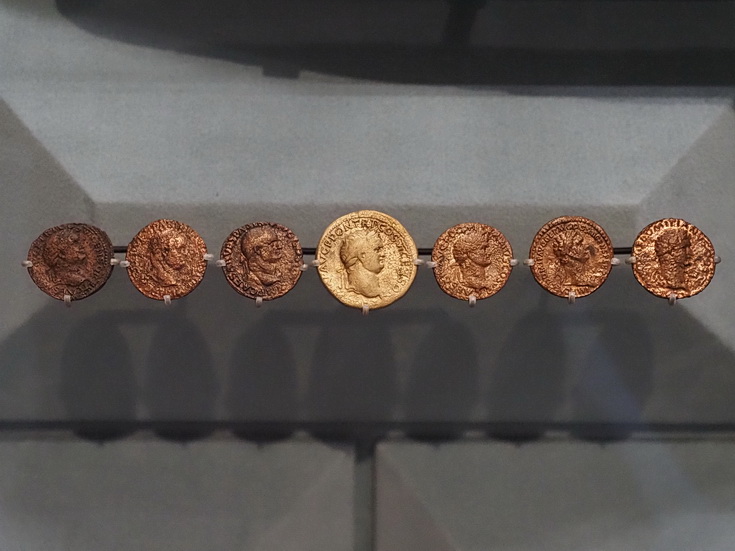 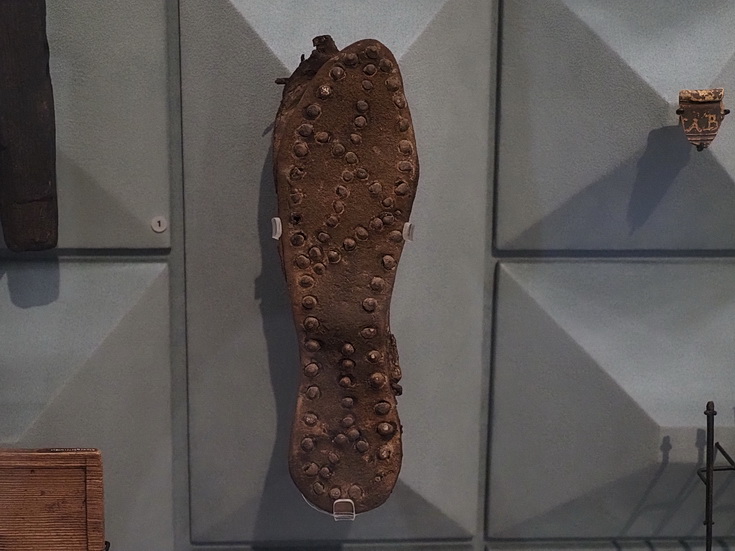 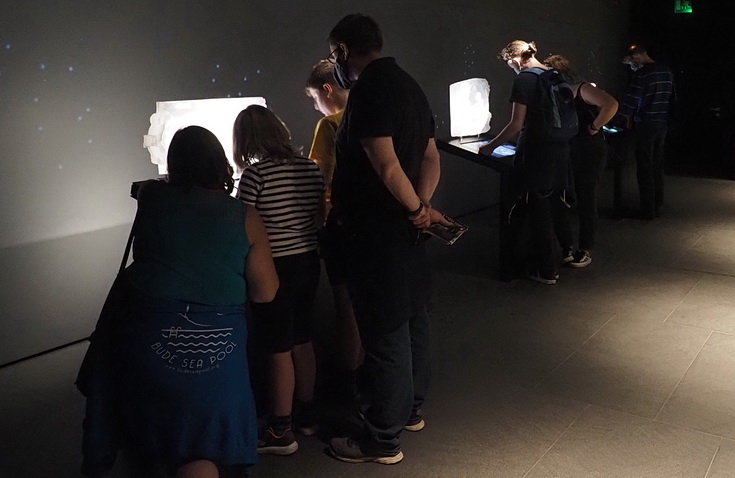 Go down a flight of stairs and you’re taken to a room with interactive displays explaining the Roman cult of Mithras, who used to meet on this site. 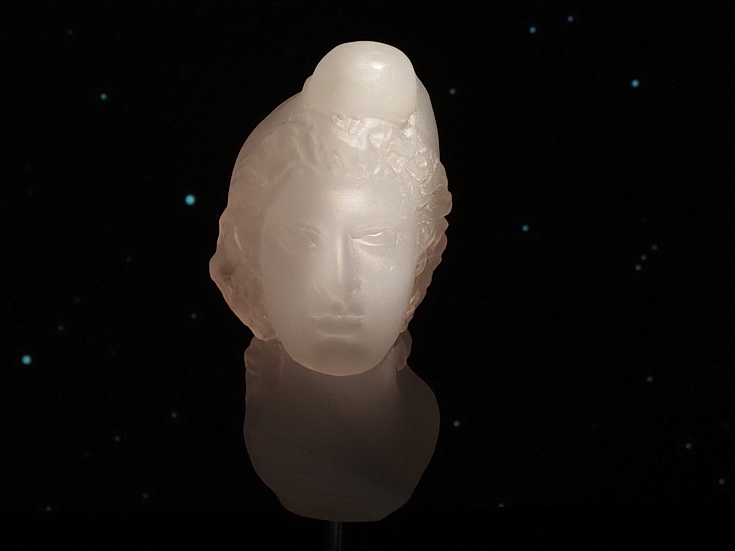 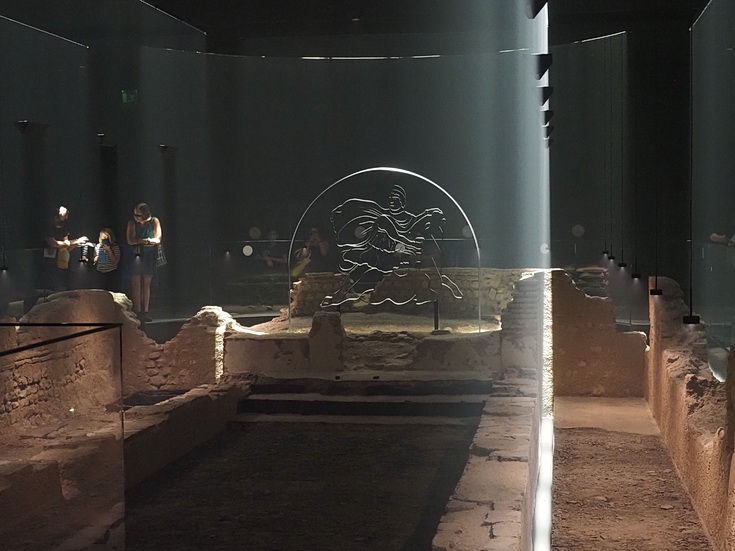 The main attraction is the reconstructed remains of the Temple of Mithras, a faithful recreation of the ruin that was discovered in 1954 by renowned archaeologist Professor W.F. Grimes during the excavations following the Blitz. 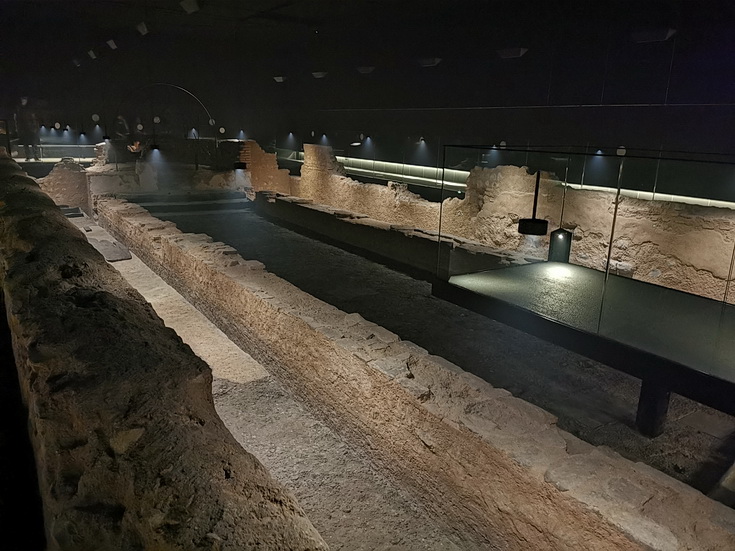 You enter the room in near-darkness, and are transported to London AD 240 via haze, light and the sound of footsteps, chanting and secret whispers.

It’s not a full-on, whizz bang multimedia blockbuster, but it’s incredibly calming and makes it easy to imagine yourself being in the temple thousands of years ago. 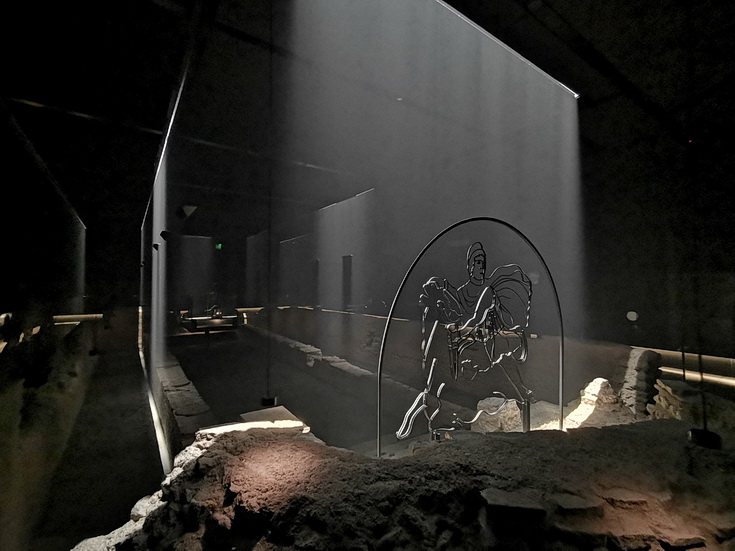 The use of light is particularly effective, creating illuminated walls around the temple ruins. 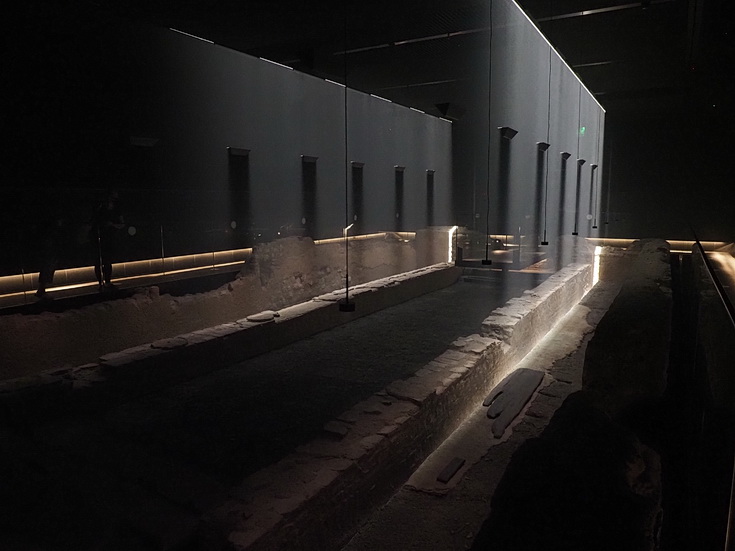 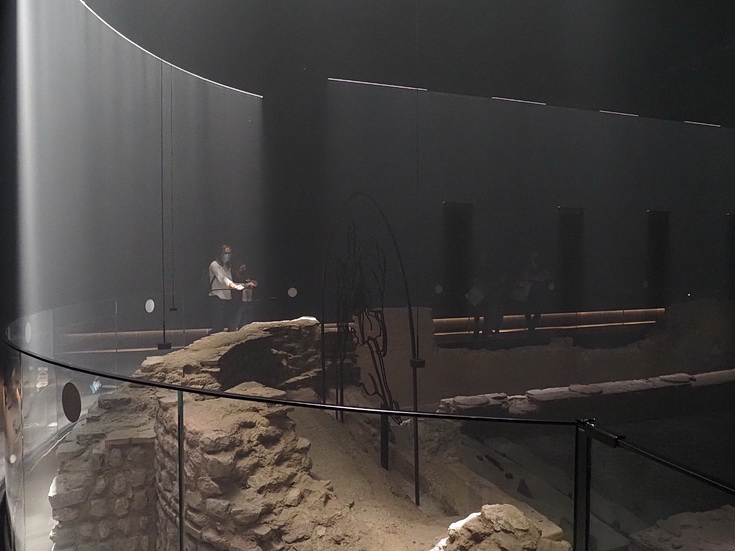 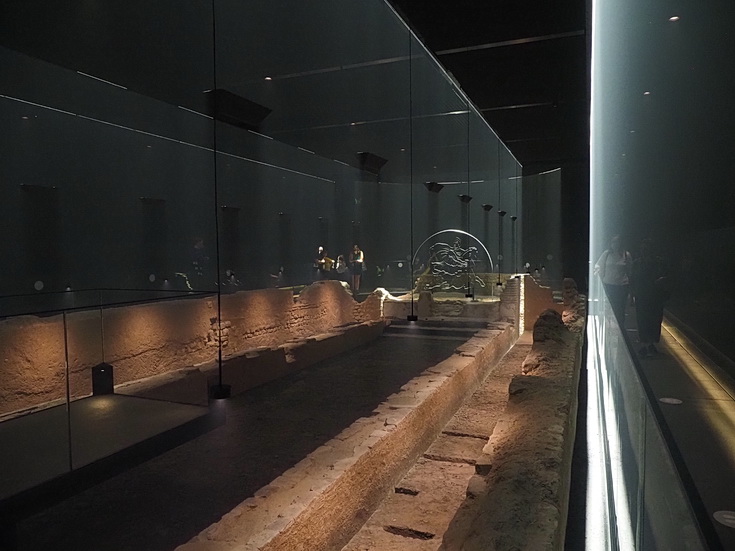 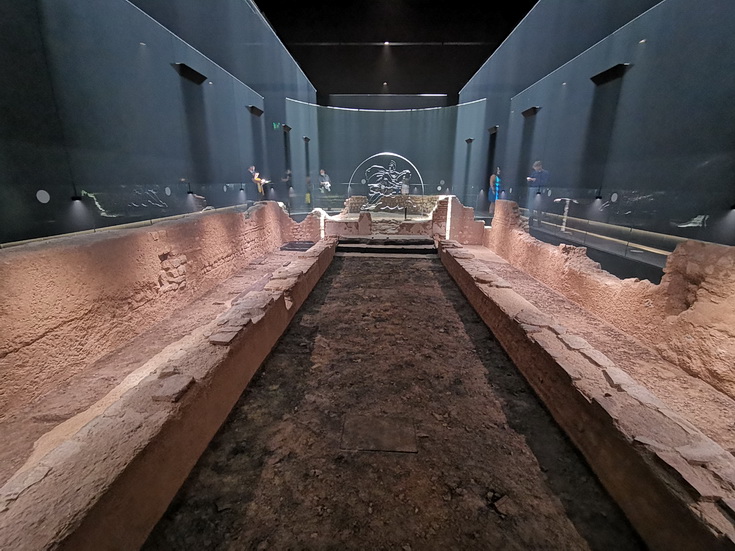 Gaze at the Temple of Truth on 213a Railton Road, London SE24