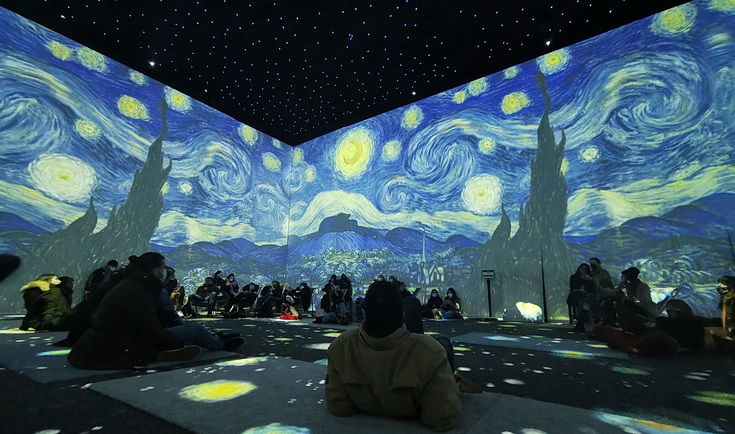 Billed as a ‘ 20,000 square foot light and sound spectacular’ featuring ‘exquisite storytelling and cutting-edge technology,’ expectations were high when I visited the Van Gogh Immersive Experience in Spitalfields last weekend. 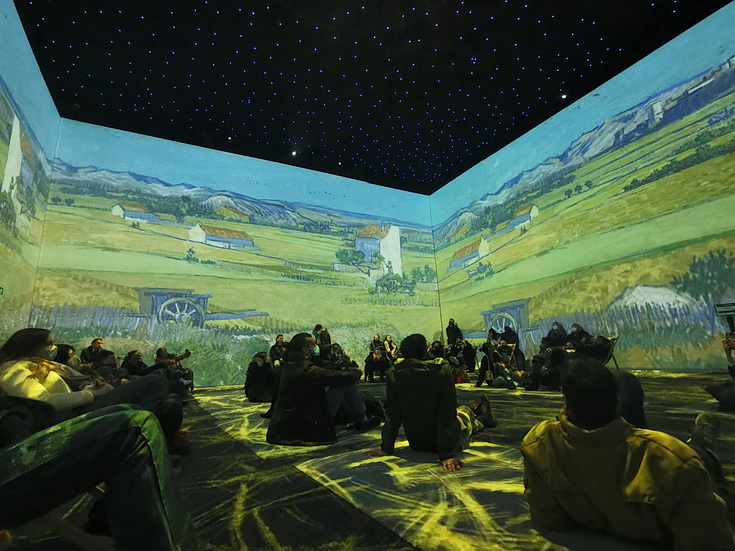 Unfortunately it proved to a massively underwhelming experience, and one that struggled to justify its entrance fee.

Everything about the place felt a bit like it was hastily put together on the cheap.

The first few rooms were like an old fashioned museum, with various sized prints – some of which were of very poor quality – stuck on the walls along with snippets of information about the artist.

I learnt a few random facts but nothing I couldn’t have gleaned in a short, half decent documentary, and the endlessly looping music quickly became irritating. 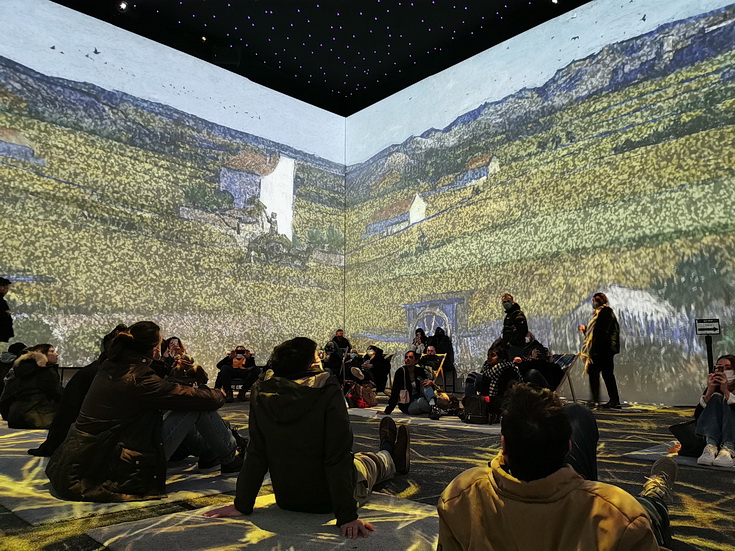 The only thing really being memorable from the exhibition was the big room with the projections, which you visit at the end.

The wall sized animations were very clever and I liked the idea of seeing the world through Van Gogh’s eyes, although it was a bit gimmicky, and some of the transitions were needlessly complex.

The rainfall one was good though, although I wished we’d heard the sound of rain when it happened rather than yet more ‘deep and meaningful’ classical tunes.

On our art forum, another visitor gave his verdict:

So, the Van Gogh Immersive Experience, all in all, not worth shelling out (tickets were £30 plus you had to pay an extra £5 for the VR headset) .

The VR stuff was amazing for me (Mrs21 took the headset off after minute or so as she felt dizzy & nauseous). It’s a 10 minute show.

The rest of it was underwhelming, there’s a bit at the end where Van Gogh images are projected on to the walls of a room the size of a tennis court.

It would have been better if the room was dark, but they couldn’t turn the lights out as there were folk on the floor ) so it was a bit meh in the end. 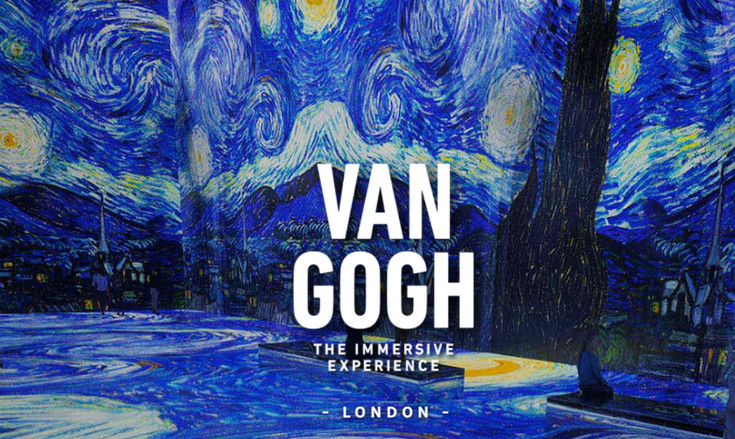 Art: Colony Sound at the Marlborough Gallery – a trip through a dystopian, cold war alternative universe