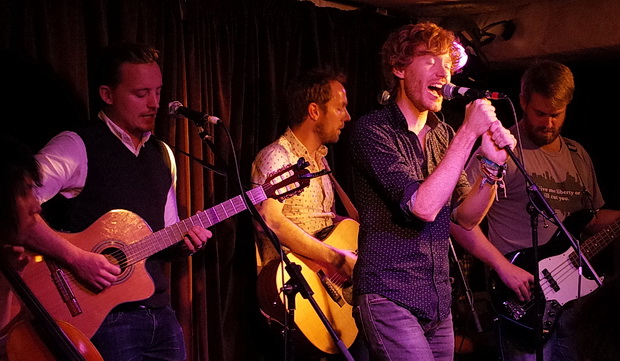 It was great to see London indie/folk band The Lost Cavalry showcasing new material on Wednesday night in the intimate surroundings of the Harrison Bar, near Kings Cross. 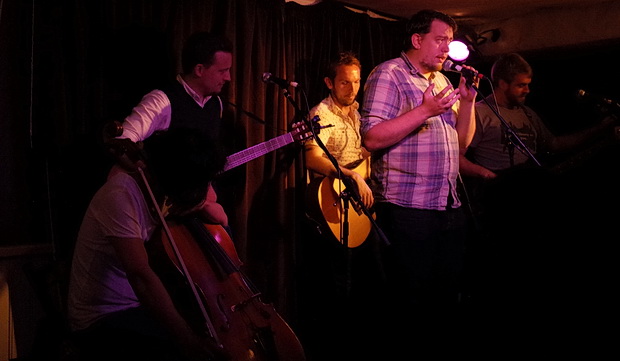 The band were introduced at some length by the extra-passionate club night promoter who was keen to ensure that we knew all the details of the many forthcoming shows. 🙂 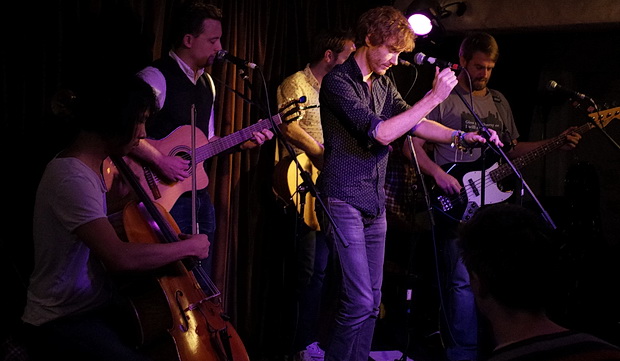 Led by the quietly charismatic Mark West, the band last played a sensitive and moving acoustic set, at times laced with gentle melancholy and touches of hiraeth.

The band last played the Harrison Bar back in November 2013. 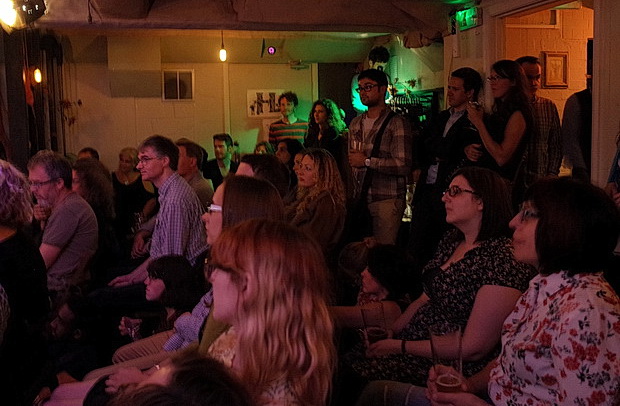 It was packed inside the small venue. 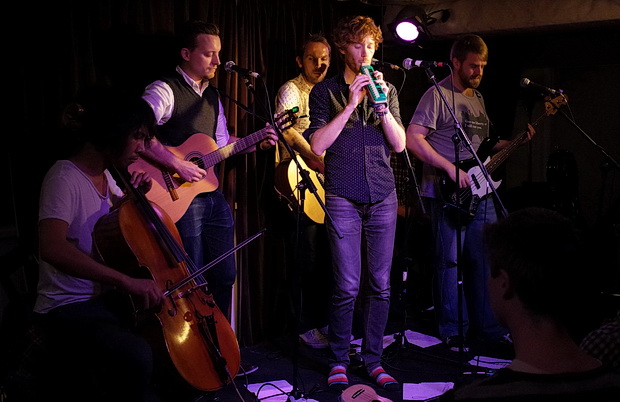 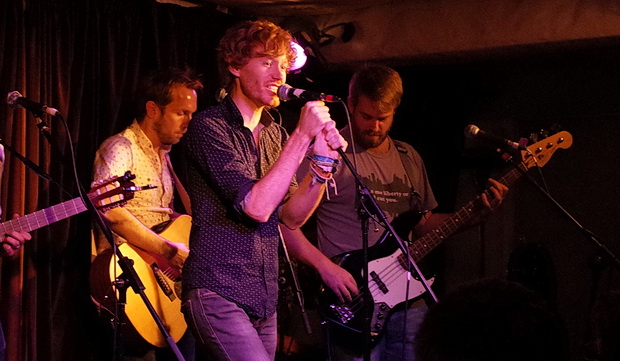 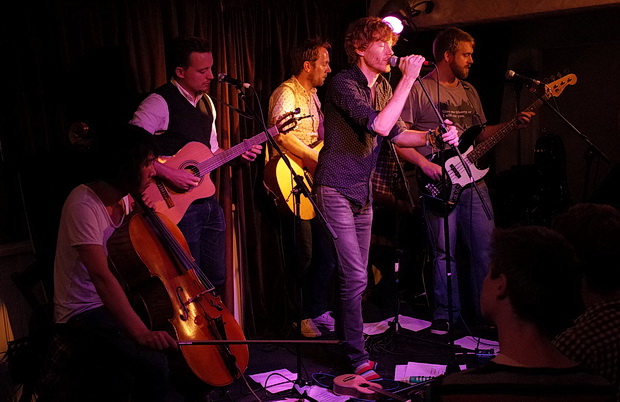 The band ended their short set with a moving rendition of their new release, This Fine Afternoon, prompting an enthusiastic singalong from the crowd. 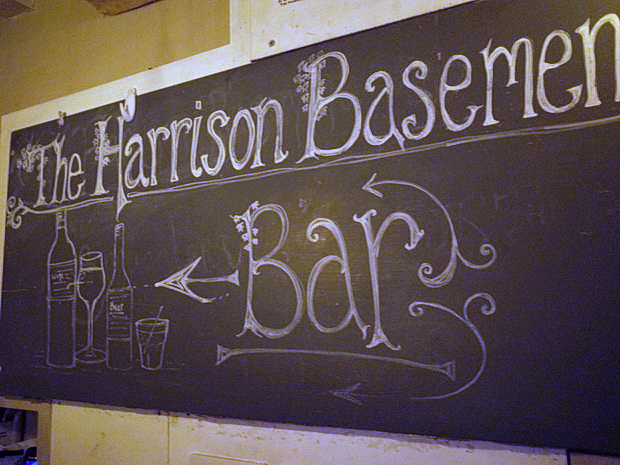 The gigs at the Harrison take place in the basement. There’s a small bar downstairs but I’ve never seen it open. 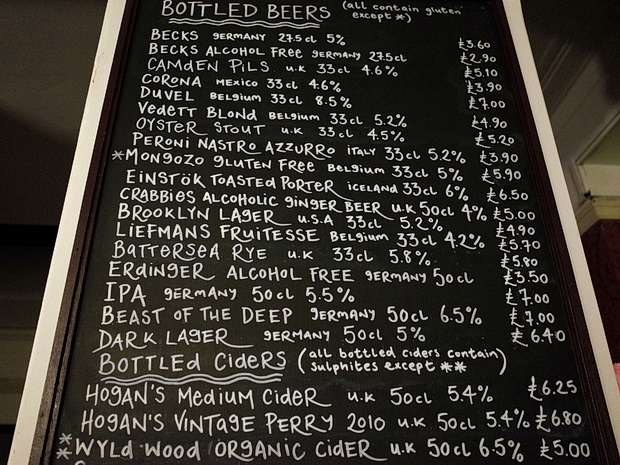 The range of beers on offer was most pleasing, the only downside being the early closing time (a positively puritanical 11pm in the week). 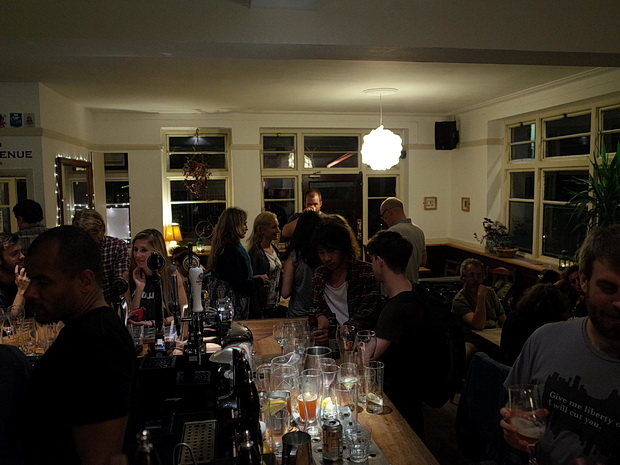