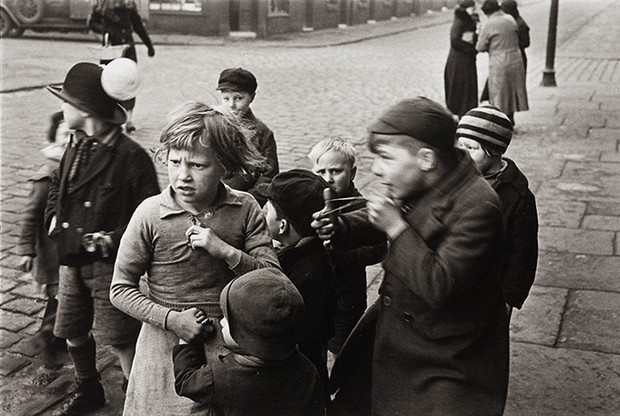 Founded in 1937 as a radical experiment in social science, art and documentary, the Mass Observation (MO) project was spearheaded by anthropologist Tom Harrisson, journalist and poet Charles Madge and surrealist painter and photographer Humphrey Jennings.

[Photo above: Children hanging around in Bolton during a parliamentary by-election, 1937-28] 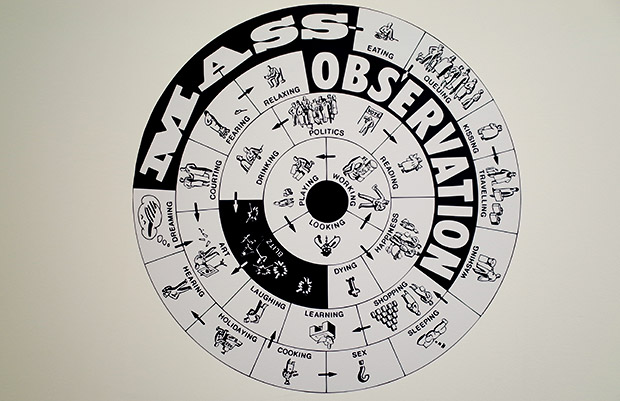 Created as a reaction to the clichéd media and political reactions to Edward VIII’s abdication, the ambitious experiment looked to discover what the British thought by the simple expedient of asking them, and recording the answers.

Its founders aimed to create a new kind of realism in response to the economic and political conditions leading up to World War II, aiming to create an ‘anthropology of ourselves’ through artistic means and by collecting anecdotal evidence from people’s everyday lives and experiences. The Archive, currently held at the University of Sussex, consists of extensive written accounts of daily life, ephemera and photographs, while other works now form part of national museum collections. [Photographers’ Gallery] 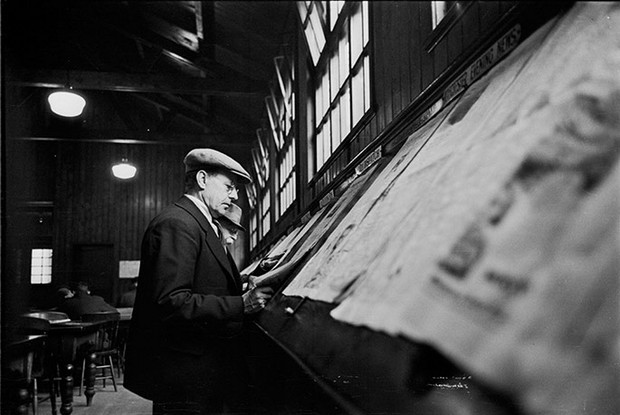 Humphrey Spender was despatched up north to record the locals of Bolton and Blackpool going about their business, shooting photos with his Leica while trying to conceal his posh accent. 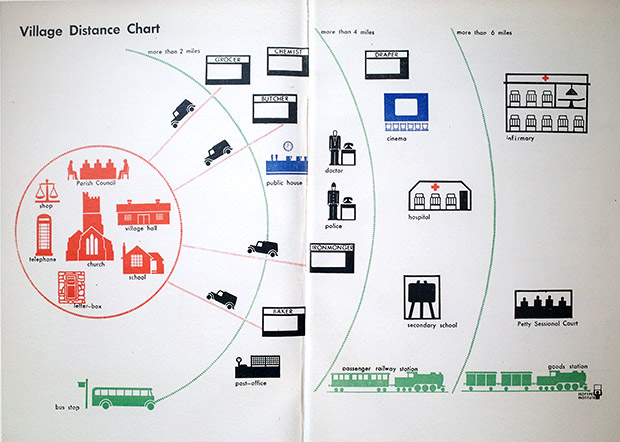 [Diagram from the exhibition]

Aided by observers in the field, the MO created a truly kaleidoscopic view of ordinary British life, with anonymous contributors being issued instructions (or ‘directives’) to find out information on a wide variety of topics.

These might include recording pub conversations, garden arrangements, beer drinking or rural life.

The outbreak of war restricted the use of cameras, and by the 1950s the project was in decline. 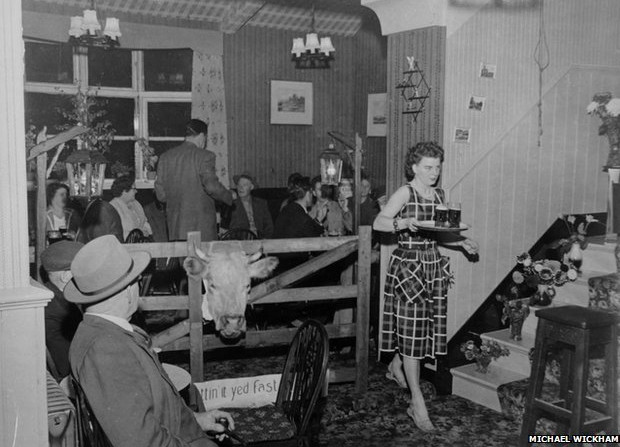 [From Britain Revisited, by Michael Wickham, 1960] 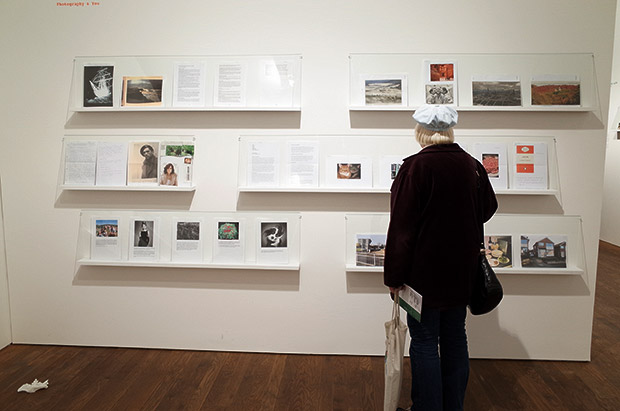 [A visitor at the exhibition]

The project was revived in 1981 as a life writing project for first person testimony, with surveys covering topics like “Housework and Maintenance” and “Present Giving and Receiving.”

Users contributed autobiographical responses containing text and photographs, much like early bloggers, with some reports being incredibly detailed. 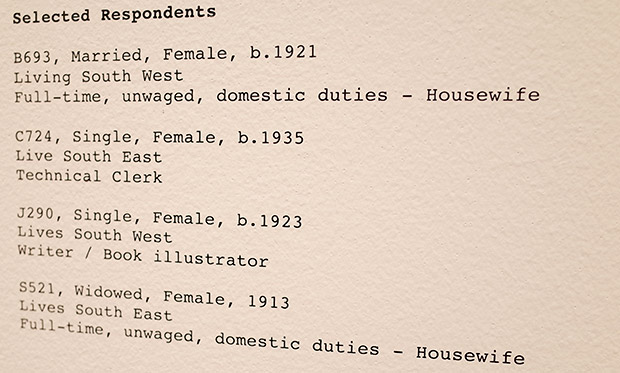 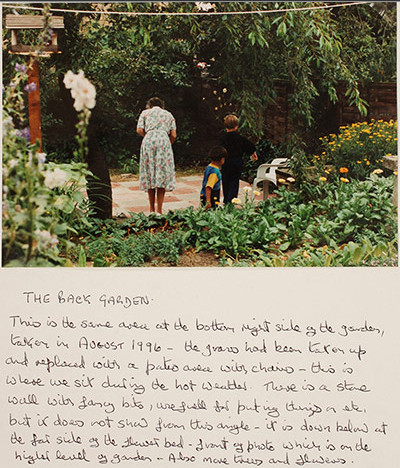 The amount of energy that the anonymous contributors put into recording their everyday life is both inspiring and strangely fascinating, and makes for compelling reading.