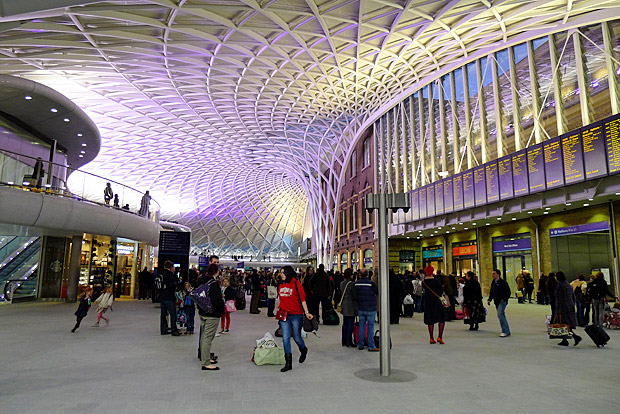 Designed by John McAslan and Partners, the stunning new roof at King’s Cross station forms part of a half billion project to create a “transport super-hub” in time for the Olympics. 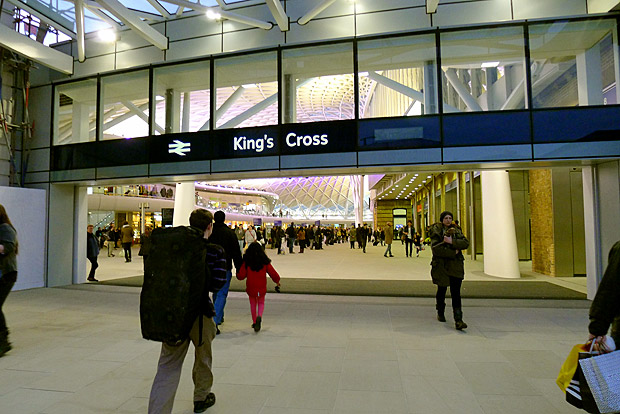 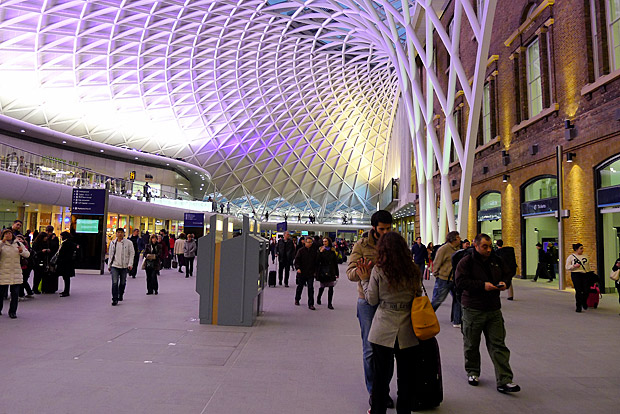 The building triples the available circulation space and serves departing passengers only, with arriving passengers exiting through the original front doors of the station (the horrendous 1970s ‘temporary’ buildings in front of the station will be demolished later this year). 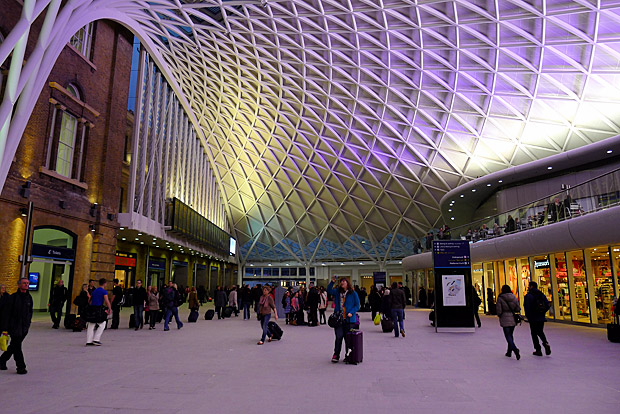 The 7,500 square-metre, two-storey concourse is dominated by its white metal roof, engineered by Arup, who say it, “rises up a great steel stalk in the centre and then spreads into a tree-like canopy of intersecting branches, before descending into a ring of supports at the circumference. In so doing, it avoids the need to drop columns into the ticket hall of the underground station underneath the main space.” 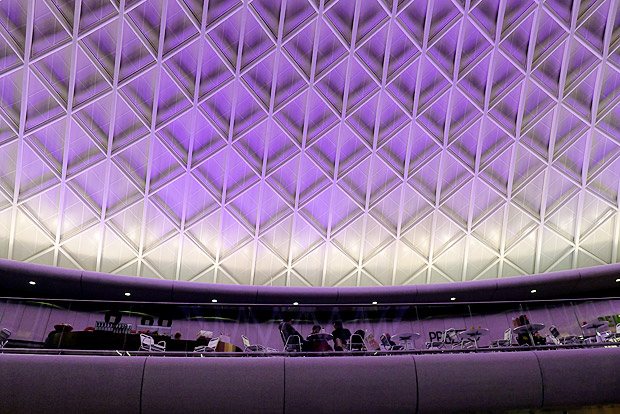 Incorporated into the roof is 1,400 photovoltaic panels, which are expected to generate about ten per cent of the building’s energy needs.

The half-a-billion pound project also included the restoration of the old station building and the creation of a new platform at King’s Cross, daftly named ‘Platform 0.’ 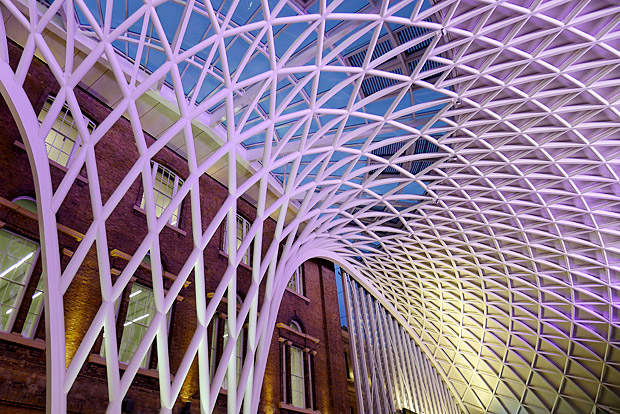 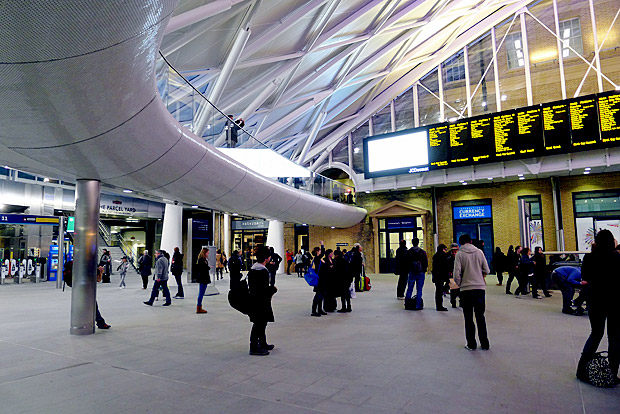 Covering the mezzanine building are no less than 5,447,000 tiles, which have a special coating to repel dirt. They look rather natty to my eyes. 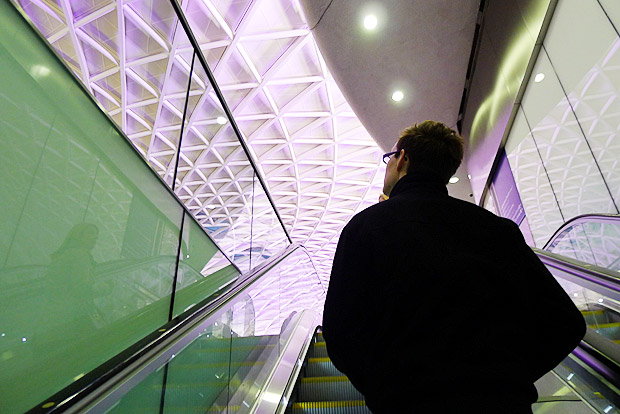 Taking the escalator to the mezzanine floor. 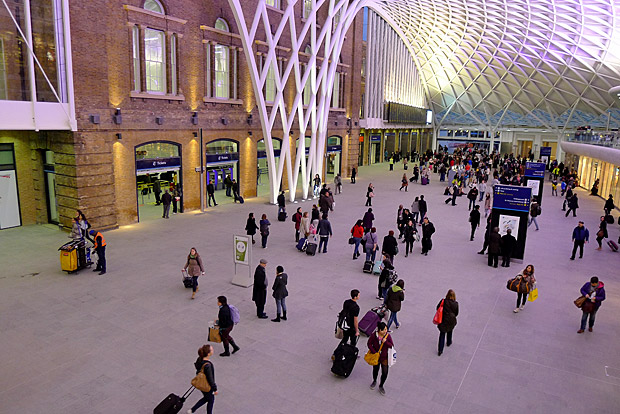 Looking down at the large circulation area which will handle around 45 million passengers a year – a figure expected to rise by 10 million within the decade. 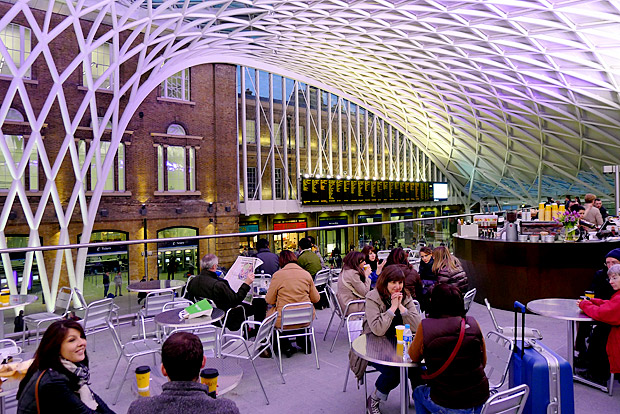 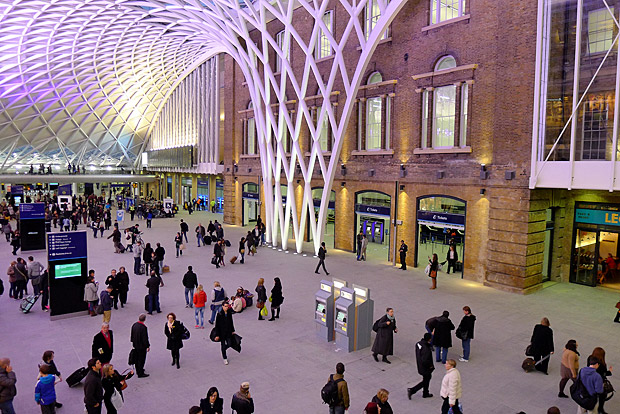 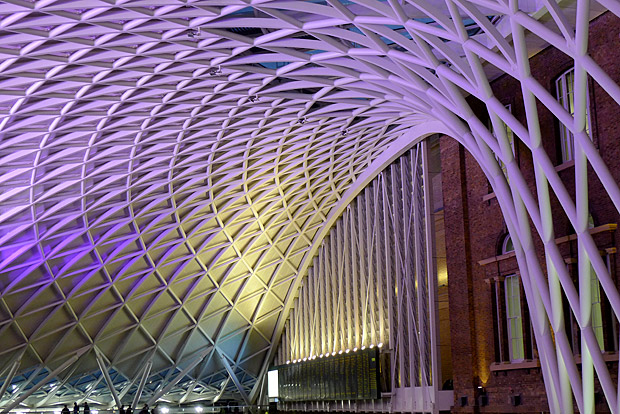 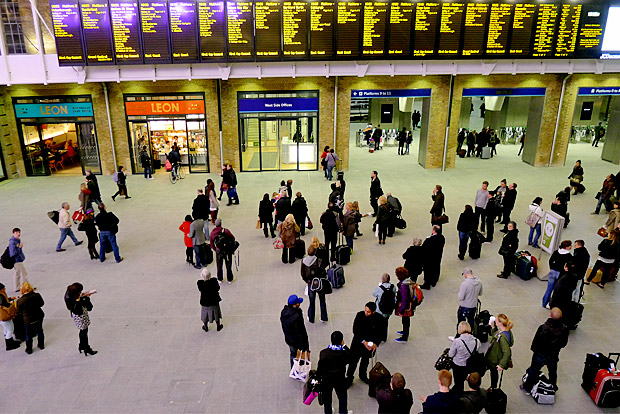 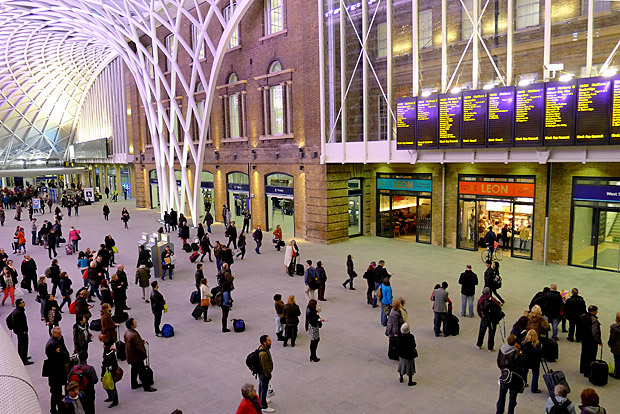 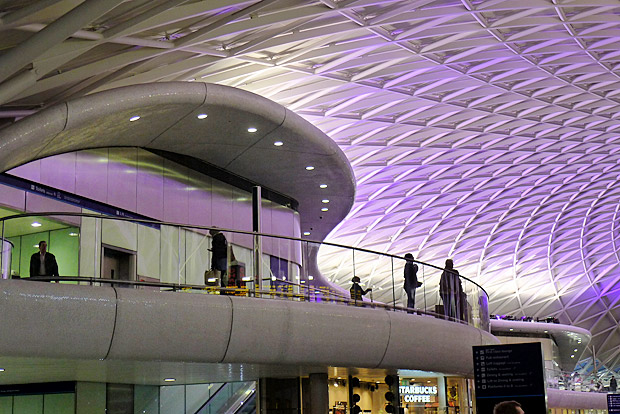 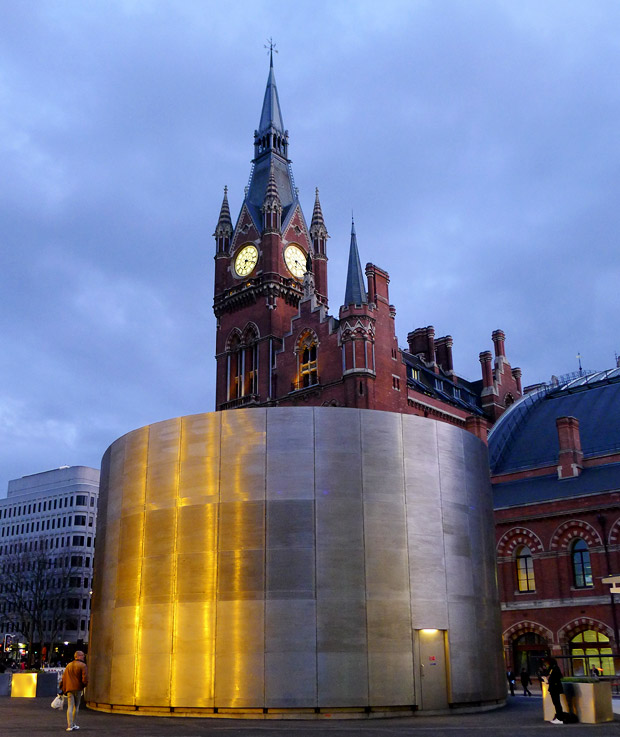 The view from the new concourse, showing the majesty of the adjacent  St Pancras railway station and, err, a big round metal thing..