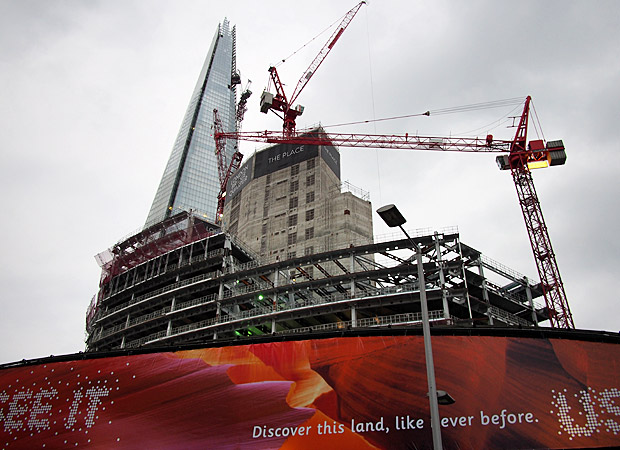 On a thoroughly miserable wet and grey April afternoon, I grabbed a couple of photos of The Shard and its accompanying London Bridge Quarter development. 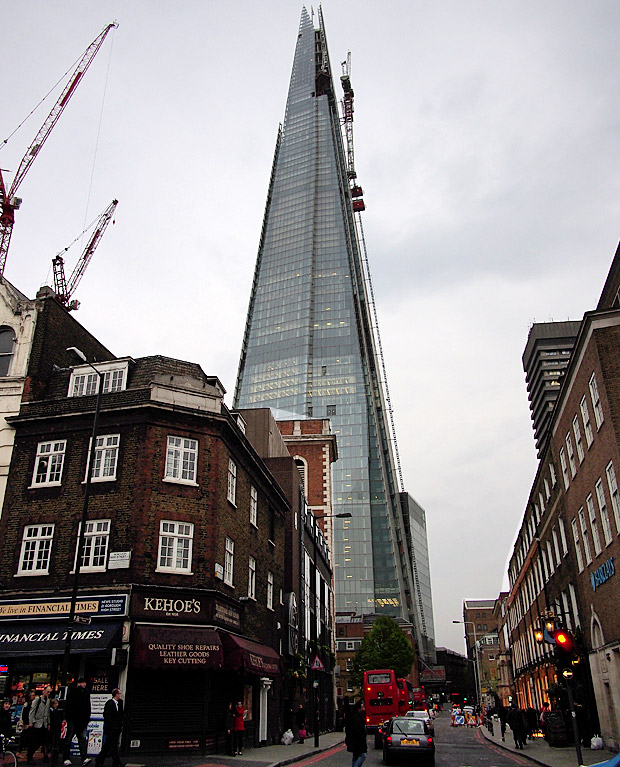 Now officially the tallest skyscraper in Europe, the tower is almost structurally complete, with the building being topped out on 30 March 2012, when its 66-metre (217 ft), 500-tonne spire was winched into place. 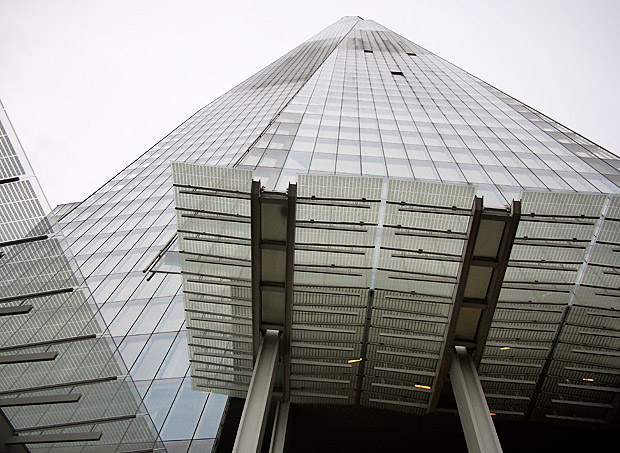 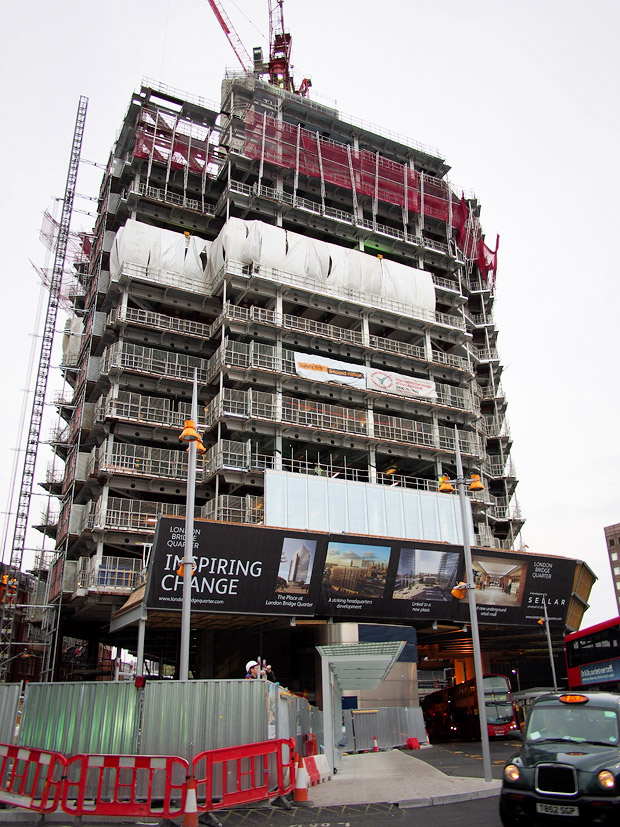 Tightly wedged into the space between the Shard and London Bridge railway station is the dire-sounding ‘London Bridge Quarter’ which is apparently busying itself, “Inspiring Change” – whatever that means. 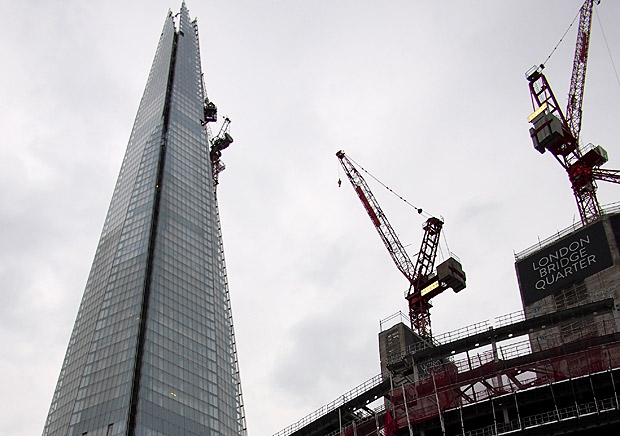 According to Wikipedia, here’s how the floors have been allocated. Can’t say I’d fancy living on the 65th floor, although the views will no doubt be astonishing.