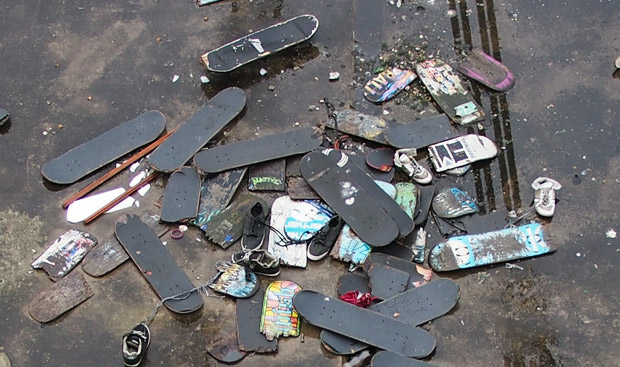 Growing steadily since some time around 2009, this pile of broken skateboards can be found facing the  downstream pedestrian crossing on Hungerford Bridge. 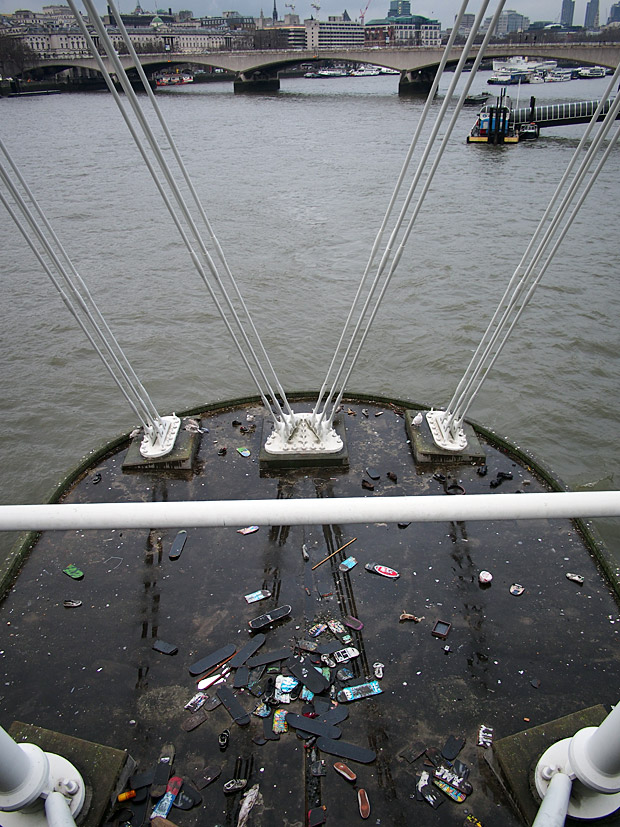 The broken skateboards have been thrown down from the Hungerford bridge walkway, and have come to rest on an inaccessible bridge pier on the River Thames.

There’s also the odd discarded trainer or two to be seen. 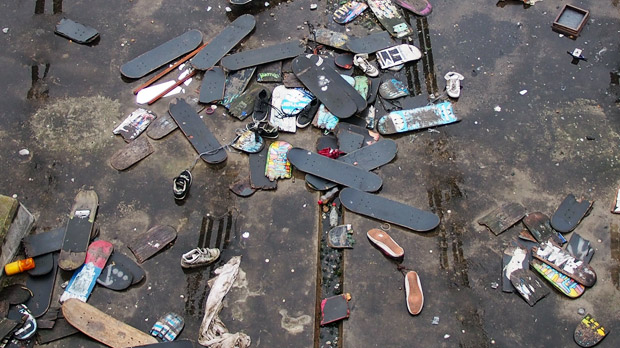 With many of the boards coming to grief at the nearby Southbank Centre Skate Park (under the Queen Elizabeth Hall), there’s a ready potential supply of ex-decks, and this article from our good friends at the Londonist shows just how the collection has grown since March 2011.

A website was also set up to keep a record of the ‘dead’ boards with owners invited to leave an obituary, but it doesn’t appear to have been updated much.

On the urban75 bulletin boards it’s been suggested that the graveyard may have been established as a tribute to a skateboarder shockingly murdered on the bridge in 1999.