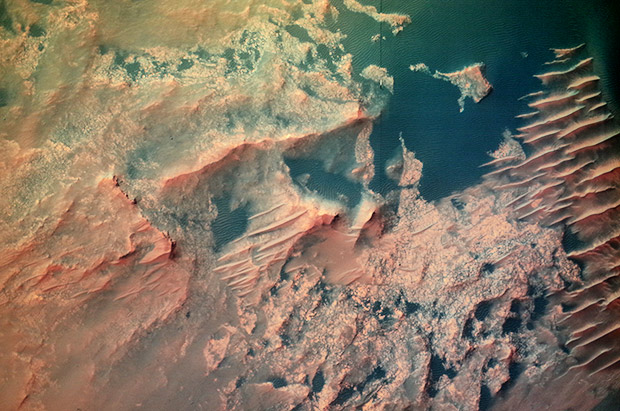 Billed as showcasing “a beautiful planetary image at an unprecedented scale,” I was keen to pop along to see the ’10 Miles of Mars exhibition’ at the UCL in central London, which featured a huge 3m x 10m photo panorama of the surface. 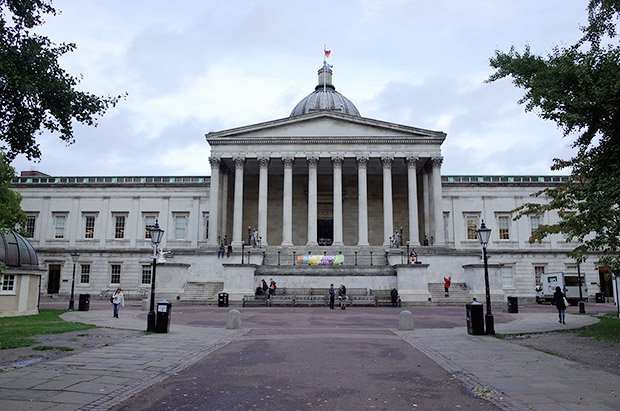 The exhibition is at the  North Cloisters of the UCL on Gower Street, central London – it’s to the left of the main entrance here. 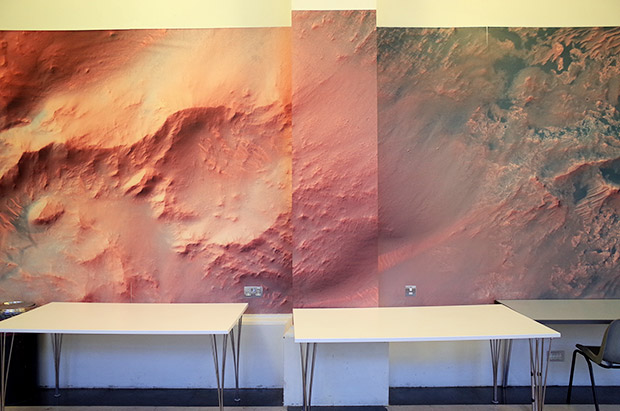 Being fascinated with the Red Planet, I was hoping to see the image being presented in an environment where I could fully appreciate its other-worldly majesty.

With that in mind,  I arrived at UCL looking for – perhaps – a suitably darkened room where the panorama would take centre stage, but instead managed to walk straight past the image at first. 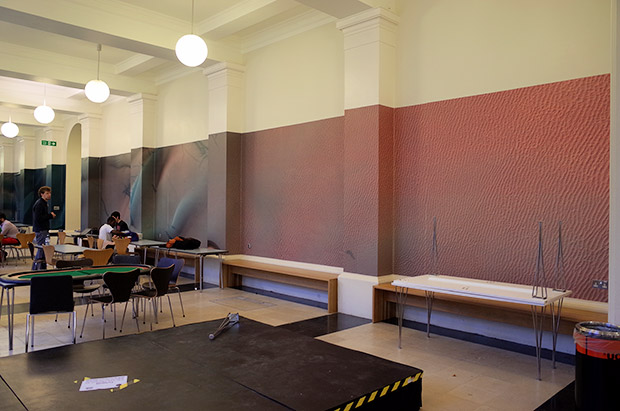 The reason I missed it the first time was because the panorama had just been stuck across an irregularly shaped wall, with tables stacked up against it.

Some students were also working against the wall, so it made it a bit awkward to lurch all over them to get a closer look at some parts of the photo. 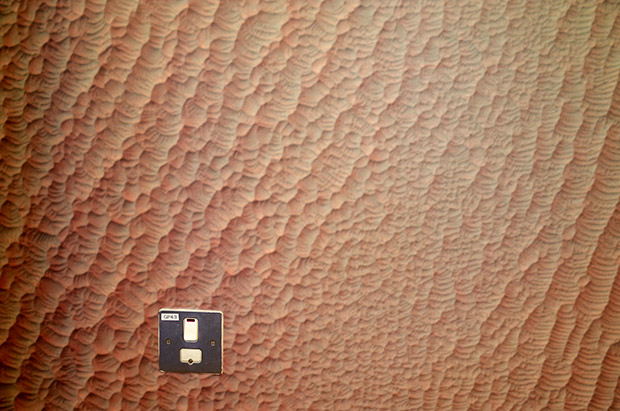 An unexpected landmark on the surface of Mars. There were several of these. 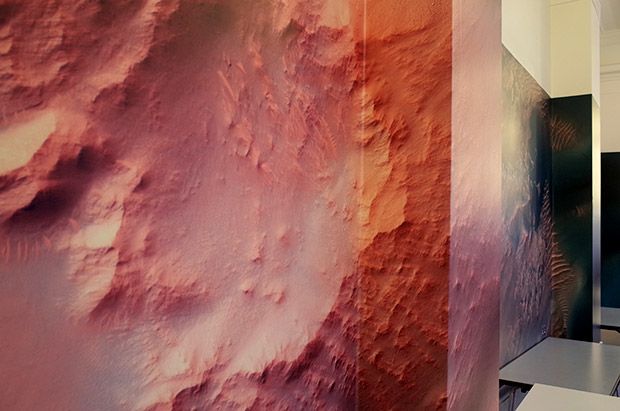 With all the projecting wall parts breaking up the sweep of the scene, it wasn’t really possible to take in the vast scale of the landscape, so I left feeling a little disappointed (even though some individual parts of the panorama were interesting to look at).

I can’t really recommend visiting unless you happen to be in the area, but the exhibition is at the North Cloisters of the UCL on Gower Street, London, WC1E 6BT and runs until 13 December 2013. Admission is free.

One Comment on “The somewhat disappointing large scale map of Planet Mars at UCL, London”