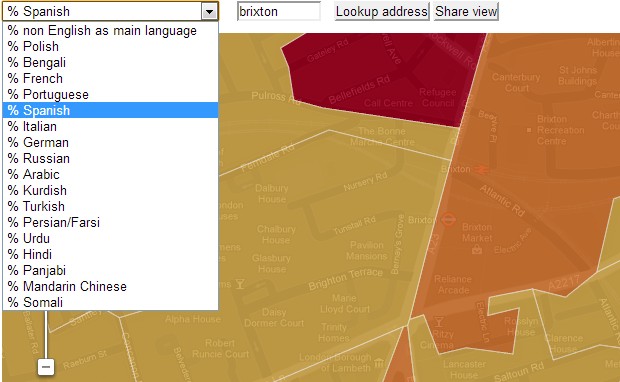 The study found that although 0.3% of the population cannot speak English at all, around four million people do not speak it as their main language.

The interactive guide on The Guardian’s site lets you choose an area you’re interested in and use a drop down menu to see the percentage of people speaking different languages in that area. 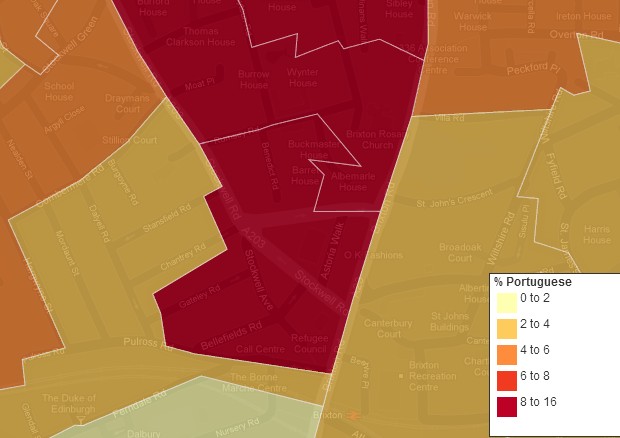 Naturally, we were keen to see how Brixton fared and, not surprisingly, there was a few languages represented, with the most popular being Portuguese, reflecting the large community centred around Stockwell Road, with Spanish speakers being the second most common.

Browsing the guide makes for a fascinating read, although I was a bit miffed to find no mention of the Welsh language anywhere – even for their Welsh maps. Harrumph!

[Click here to view the language map – or click on the links below to jump straight to the following cities: Bradford | Bristol | Birmingham | Cardiff | Liverpool | Manchester | Peterborough | Southampton.]

Did your street get bombed in the war? View Brixton WW2 bombsites on this fascinating website

Eating out in Brixton? Here’s the best guide for cafes and restaurants

St Patrick was a Welshman!