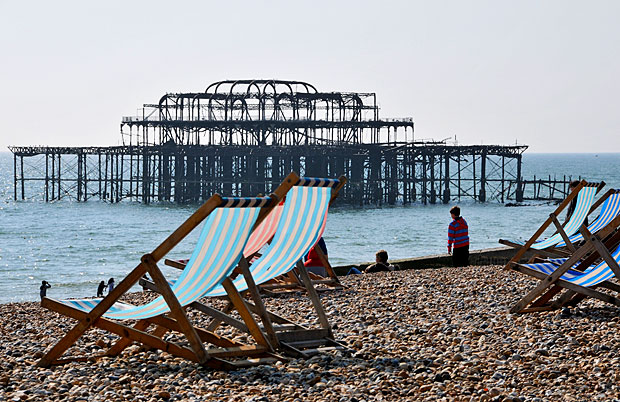 Unlikely to ever recover from the suspicious fires that saw this beautiful Grade I listed pier reduced to a burnt out shell, Brighton’s West Pier cuts a sorrowful sight in the spring sunshine. 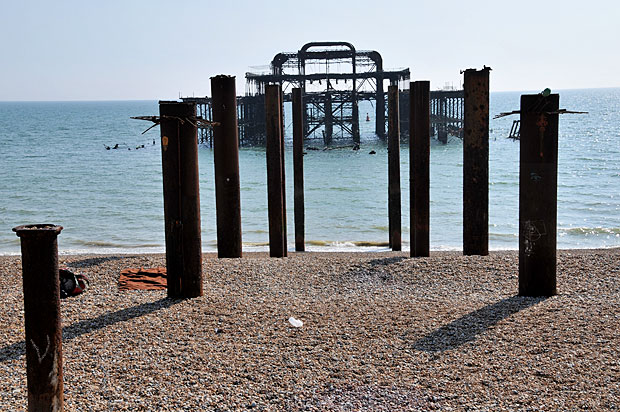 I’ve already covered a lot of the history of the pier in a series of articles last year – Remembering the Brighton West Pier in photos – but it’s still heartbreaking to see the structure dying a slow death out to sea. 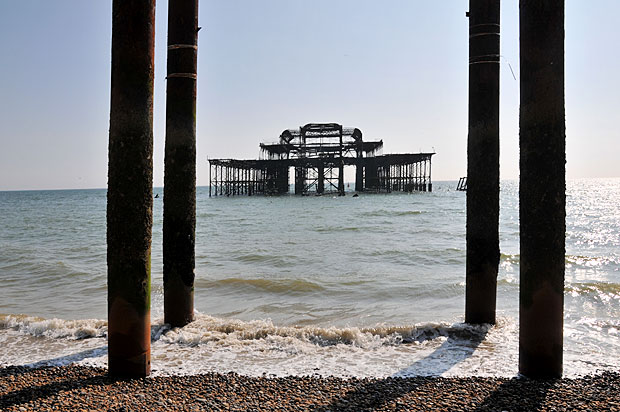 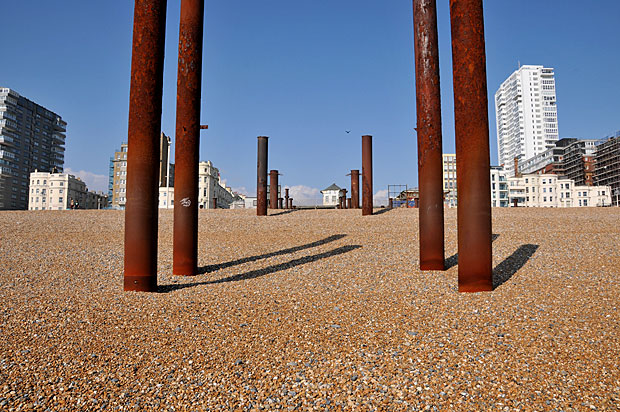 The West Pier Trust is still clinging on to its faint hopes of restoring the pier.

Unfortunately, this aspiration now seems linked with the construction of the Brighton i360 Tower, a beastly, brash confection, optimistically described by the Trust as being, “entirely in the spirit of the original pier’s history and the best option to replicate its success and ethos.” 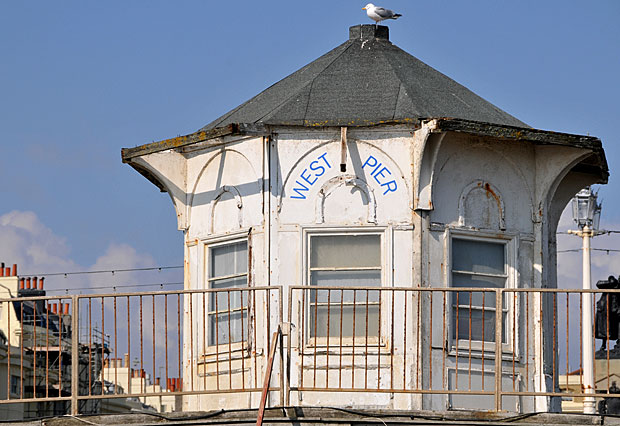 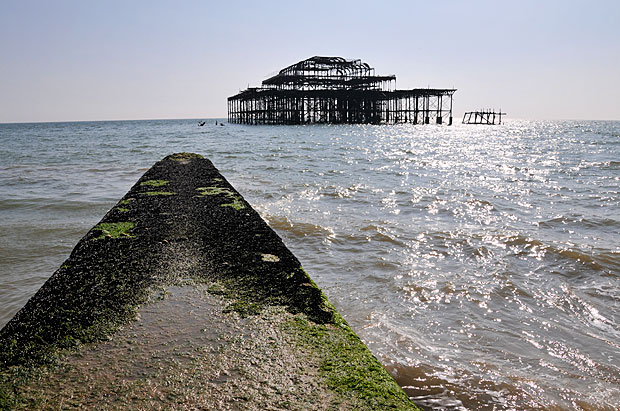 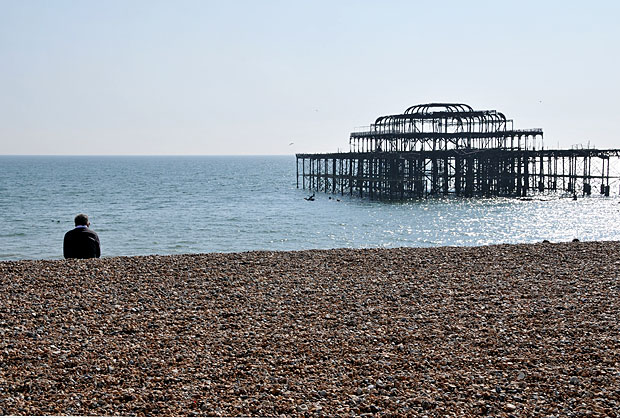 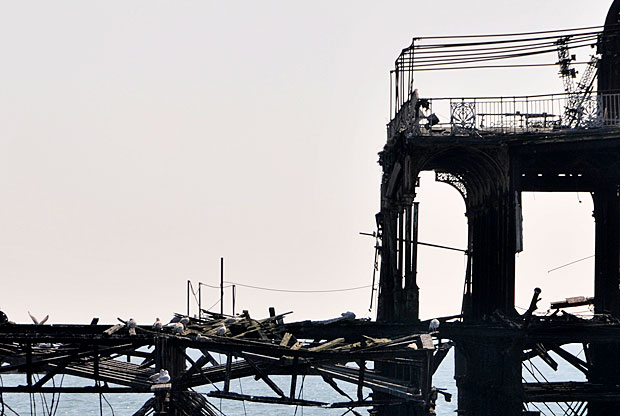 You can still see some of the fine ironwork on the pier. 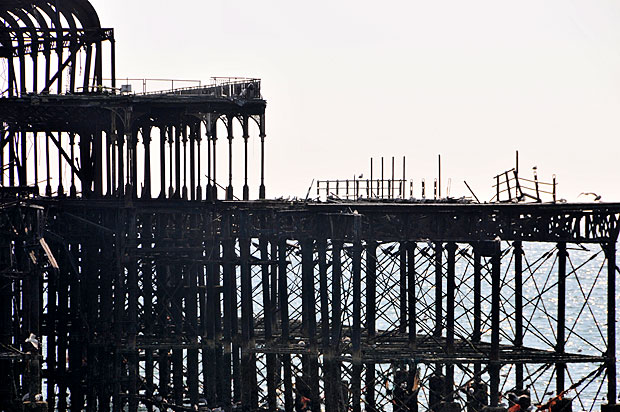 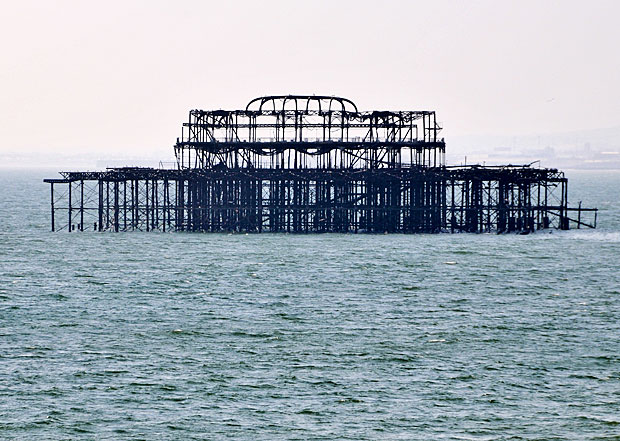 View of the West Pier from its old rival, the Palace Pier.

After being given a £14.2m Lottery award in 1998, there was real hope that this beautiful old pier would be restored, but two subsequent arson attacks – and major storm damage – have ensured that it’s hugely unlikely the West Pier will return from the dead.

I don’t imagine that’s something that’s going to upset the owners of  the Palace Pier too much. 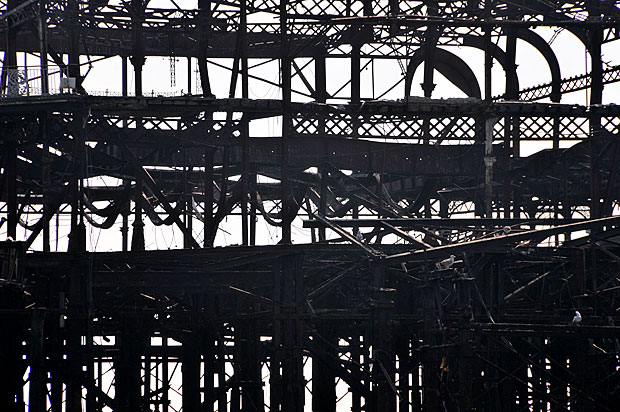 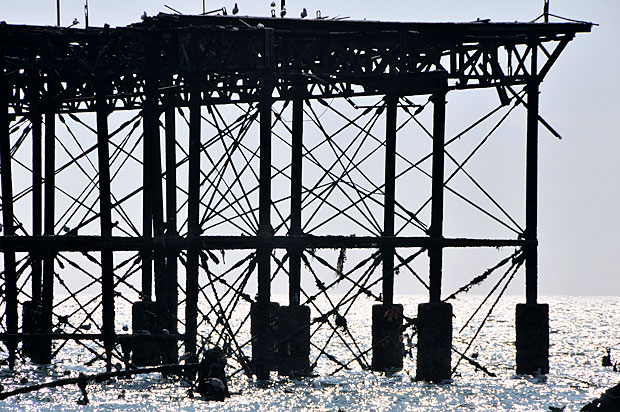 Some of the structure seems in surprisingly good shape. 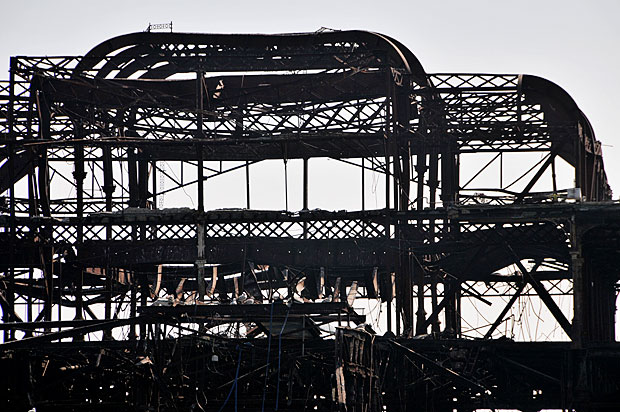 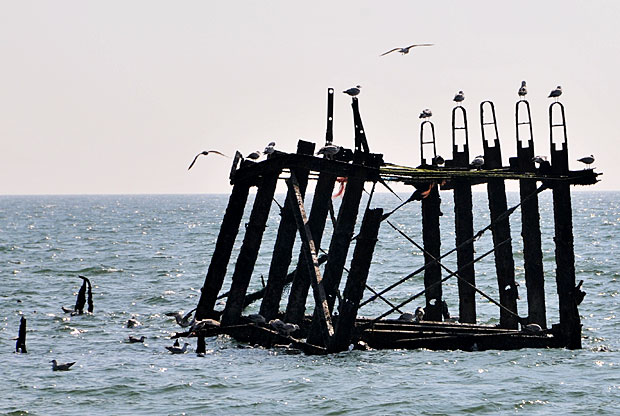 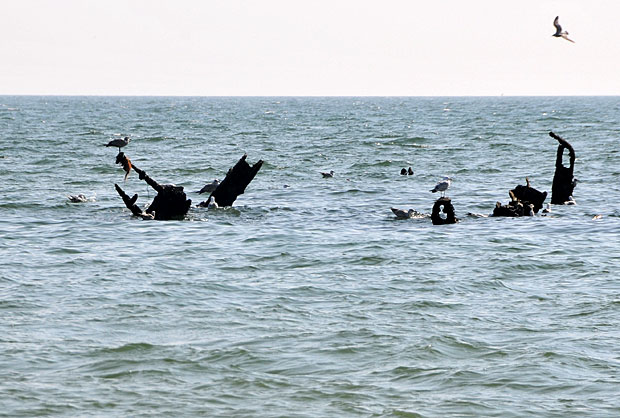 Part of the old concert hall can still be seen jutting out above the waves.

Read more about the pier’s past, present and future here: Remembering the Brighton West Pier in photos.

In photos: Brighton’s West Pier falls into the sea while its i360 tower successor flounders, Nov 2018

One Comment on “The tragedy of West Pier, Brighton beach, Brighton”