It’s not often I drift west into the rugger-loving wilds of Putney, but it was well worth the trip last night to see a triple bill of Thee Faction, The Nuns and The Blindness playing the Half Moon pub, Putney. 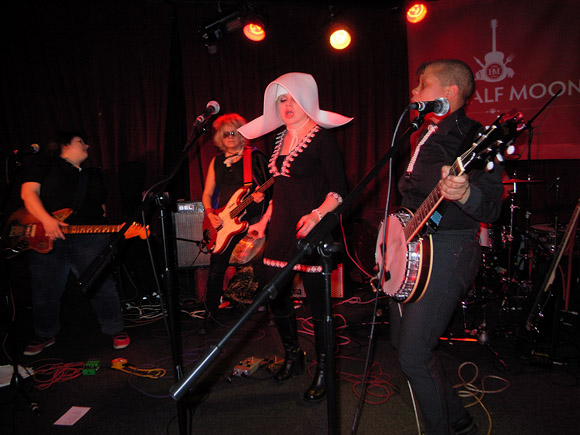 First up were the wonderfully noisy all-female tribute to The Monks, The Nuns.

If loud, fun, garage rock is your thing, this is a band to see. 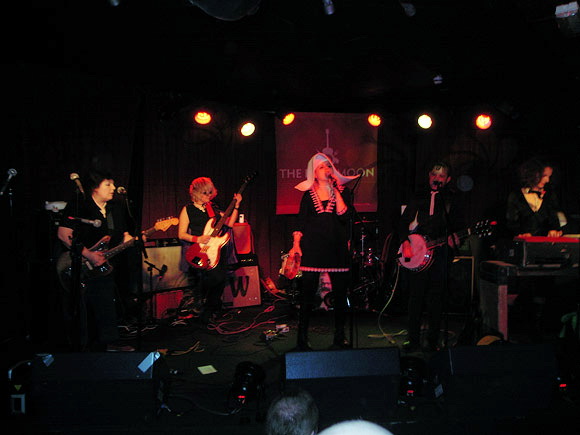 There’s a great set up in the band room at the Half Moon.

The top-notch stage, sound and lighting make for a great venue, and with a vast selection of real ales on offer, it’s a far better place to see bands than the similarly sized Water Rats in Kings Cross. 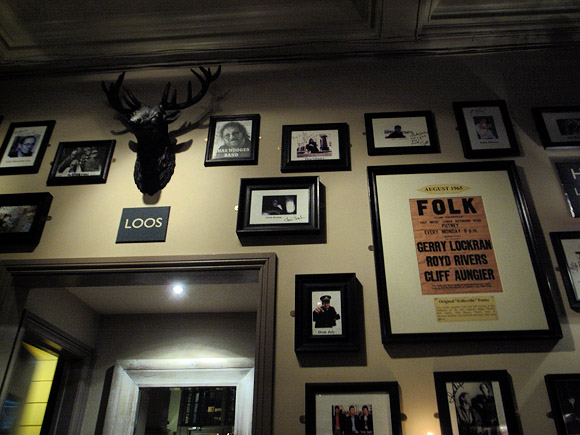 The pub has a fantastic musical heritage, with big acts like John Martyn, Bert Jamsch, John Mayall, Stones, The Who, Elvis Costello, the Bonzos, U2, Kate Bush and Dr Feelgood all gracing its stage.

It’s been a while since it was on the cutting edge of new music though, with most of the current fare being acts who may well have played the place several decades ago (Eddie and the Hot Rods, Geno Washington  and Ducks Deluxe are all coming up) . 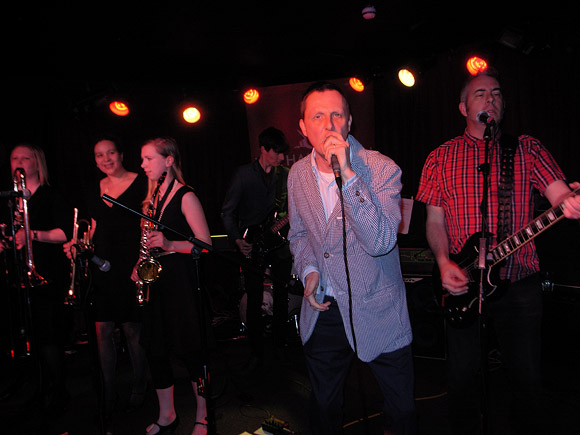 The wonderful Thee Faction take the stage for a tight, sharp blast of Socialist R’n’B.

Described by The Guardian as, “bringing down the Tories one song at a time,” this band are impossible not to love. 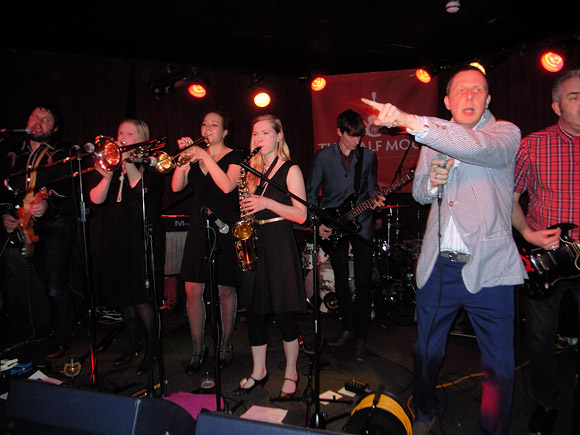 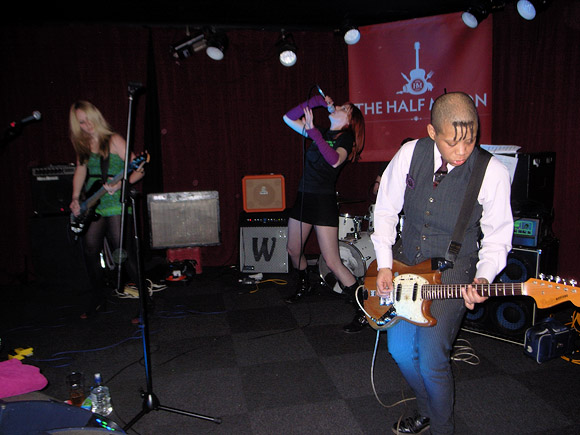 Last on were the Blindness who served up a rather chilly blend of electro/goth. 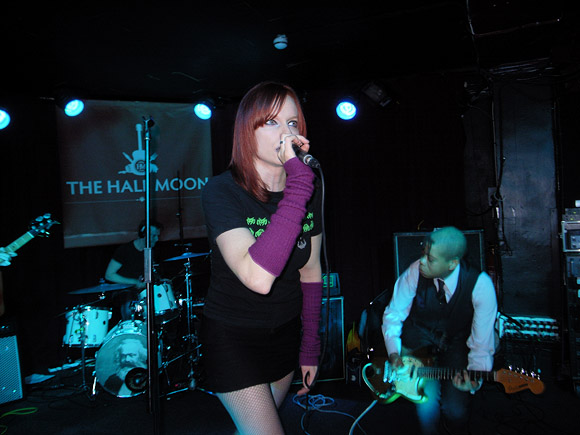 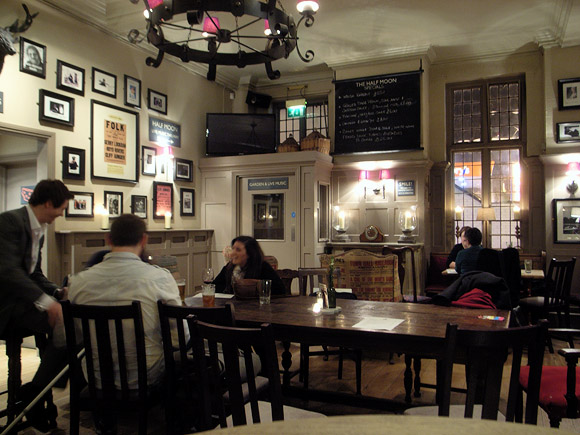 Compared to the scruffy pubs I usually frequent, the Half Moon is almost posh. There was even a real fire blazing away in the corner. 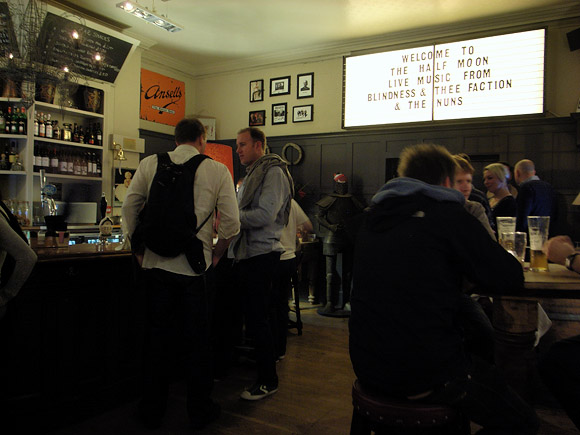 The entrance to the band room has a cinema-style illuminated billboard advertising what’s on. I like this very much and want one. 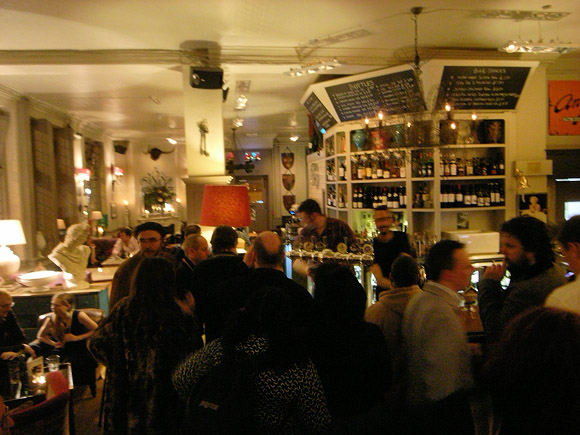 The pub had a great selection of real ales, with a handy leaflet explaining their provenance.  I could see it would be very easy to settle down here for a long ‘tasting’ evening… 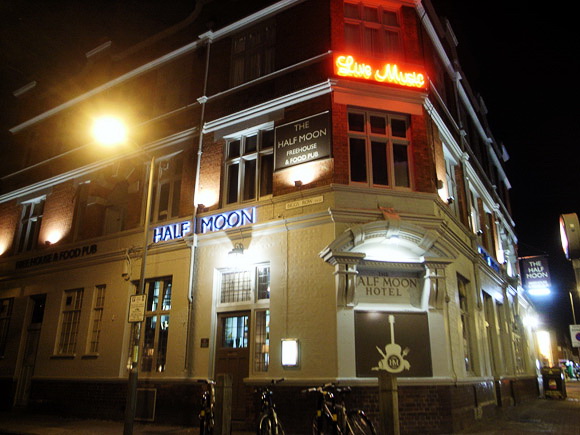 A last look at the Half Moon. I was trying to remember if any of my bands had played here in the past, but I’m stil not sure.

Either way, it’s great that the pub is still going and looking in such fine shape – just three years ago it was threatened with closure.

A night at the Half Moon, Herne Hill, south London

Socialist R’n’B for the masses! Thee Faction at the Brixton Albert

Thee Spivs at the Hope and Anchor, Islington N1