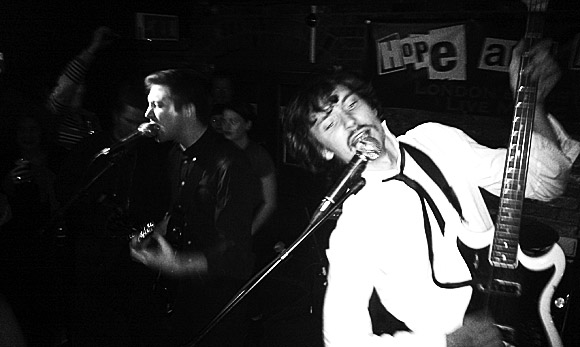 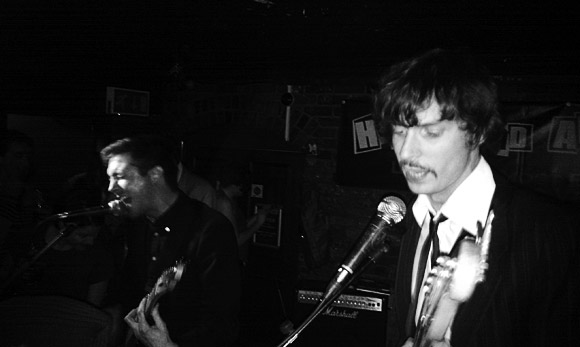 The songs were sharp, short and snappy, recalling early Clash, Rezillos, Who, Wire with a bit of the Undertones thrown in for good measure.

They’re a whole heap of energetic fun that should bring a smile to even the most curmudgeonly old rocker. 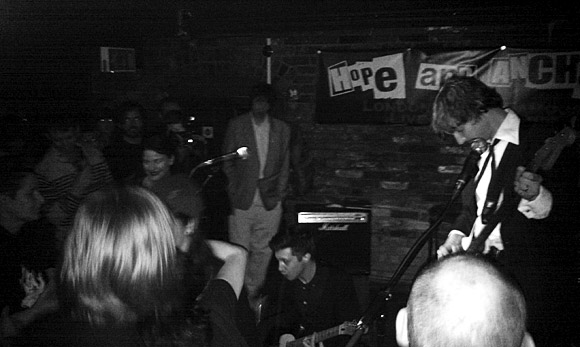 With the stage being less than a foot high, the line between band and punters did get blurred at times. 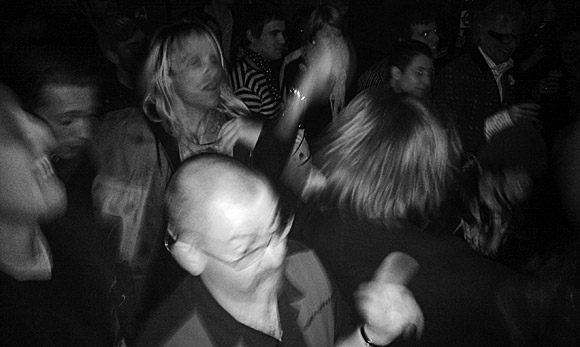 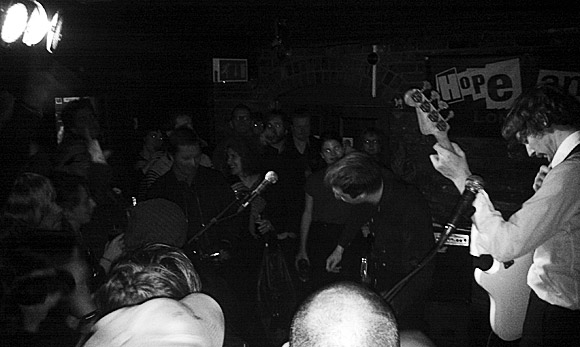 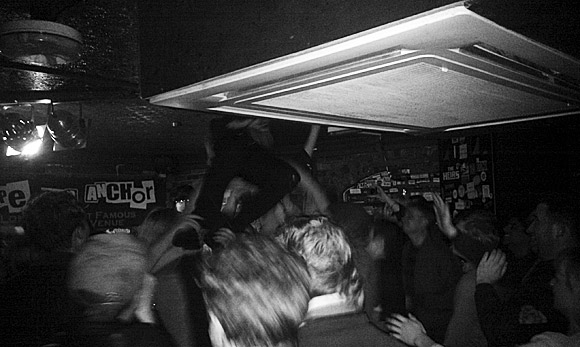 Singer Ben Edge finds himself held aloft by the crowd and enjoying an unexpected rendezvous with the roof tiles as the set comes to a close.

A few moments earlier, an elderly Elvis Presley impersonator with what looked like a distraught black cat on his head  accompanied Ben for a deeply strange duet.

I loved the band, and hope to have them back at the Brixton Offline club soon. 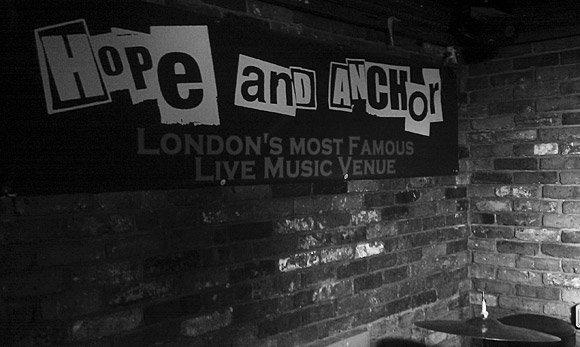 Quite possibly London’s most famous rock music pub, The Hope and Anchor’s tiny stage has seen legends like Madness, XTC, The Damned, Joy Division, U2, Ian Dury, The Police and The Stranglers.

I played there a few times with various bands, including one hideously drink-and-amphetamine fuelled night where I ended up joining various members of the Boomtown Rats and Graham Parker’s band on a benefit night and – according to the NME – played a “punk version of  Toad”  (‘Toad’ being a particularly self indulgent drum odyssey by Ginger Baker).

Sadly, I have no recollection of any of the evening’s events, but I do have the NME clipping, and a photo of me somewhere which confirms my rather alcohoic state – I’ll see if I can dig ’em up.

On a more pleasing note, here’s a video recorded by north London boys Madness at the Hope and Anchor.