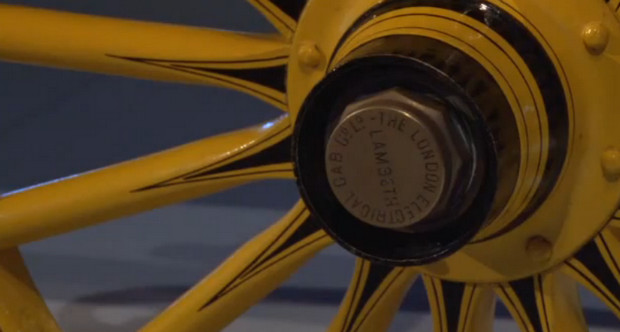 The notion of a fleet of electric taxi cabs purring around the streets of the capital may still sound the stuff of sci-fi, but they were already a familiar sight on the Victorian roads over a century ago. 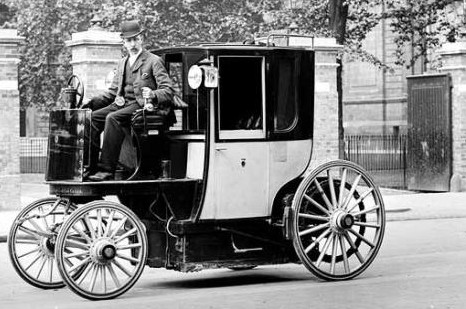 Developed by a Mr Walter Bersey in 1897, the Bersey taxi was London’s first “self-propelled” vehicle and, at their peak, there were no less than 75  of these electric cabs going about their business on London’s thoroughfares. 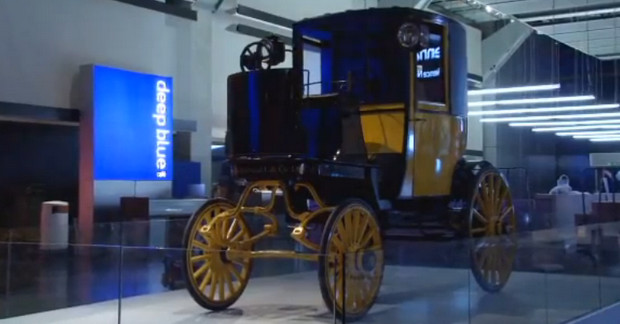 Bersey’s electric cabs looked exactly the same as a regular old-fashioned horse carriage -but without the horse, natch – and could reach a maximum speed of 9mph. Later tweaks brought this up to a rather nippier 12mph.

Bersey was keen to voice the advantages of electric vehicles and his arguments sound surprisingly contemporary:

There is no smell, no noise, no heat, no vibration, no possible danger, and it has been found that vehicles built on this company’s system do not frighten passing horses…

Whilst petroleum may become the motive power in country districts, and steam will probably be used for very heavy vehicles, there is no doubt that electricity will be the most advantageous where the traffic can be located within a radius.” 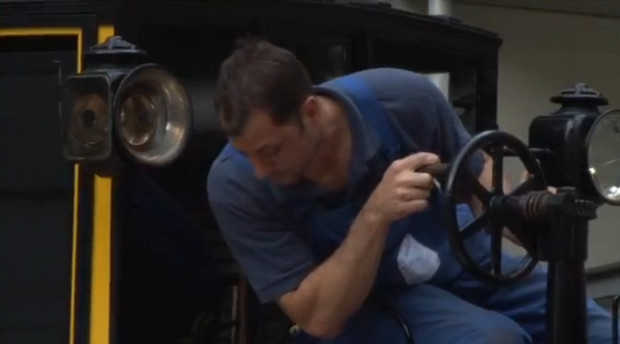 “We think of electric cars as something really futuristic we’re investing in to cut climate change. But they’re actually a lot older than we think,” said Selina Hurley, curator of the Climate Changing Stories exhibit at the Science Museum, which has just put a Bersey cab on display (see video below).

Mirroring the problems of modern electric vehicles, the grid-plate batteries (stored under the passenger compartment) seriously limited the operating range of the Bersy cab, which could only muster 30-miles on each charge.

A cunning hydraulic lifting system  at Bersey’s Lambeth station allowed batteries to be exchanged in just a few minutes, so cabs were able to get back on the road quickly.

Reliability problems with tyres and a misfiring venture to generate their own electricity resulted in Bersey finally going out of business in 1899, four years before petrol-driven taxi cabs were introduced on to the streets of London.

3 Comments on “Think electric taxis are a modern idea? The Victorians had them back in 1897”