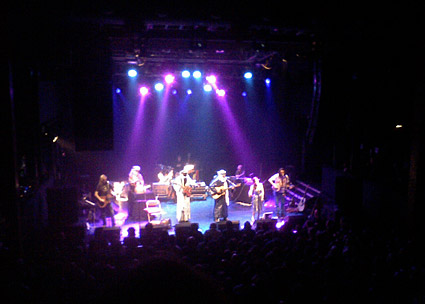 We went along to KoKo in Camden tonight to see three members of the Algerian band Tinariwen, collaborating with twisted pop-folkies Tunng onstage.

It was a great show and it was nice to see the old Camden Palace (or Music Machine if you’re even older) in such fine condition – even if the drinks are well pricey.

The late Victorian theatre has been restored beautifully, with the dark red and gold interior looking immaculate. 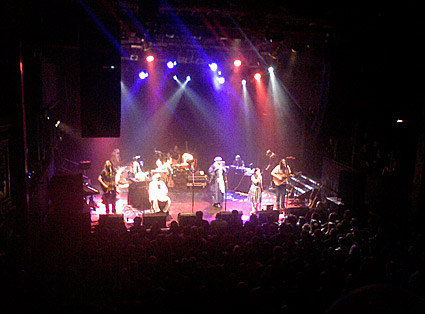 Fact: the venue was the last place AC/DC’s Bon Scott was seen drinking before his death from alcohol poisoning in 1980

Fact! I saw Prince do a secret gig there once. There were wall-to-wall music celebs inside and his gig was quite probably one of the best shows I’d ever seen. He was amazing!

Pic of the day: which way is Camden Town?