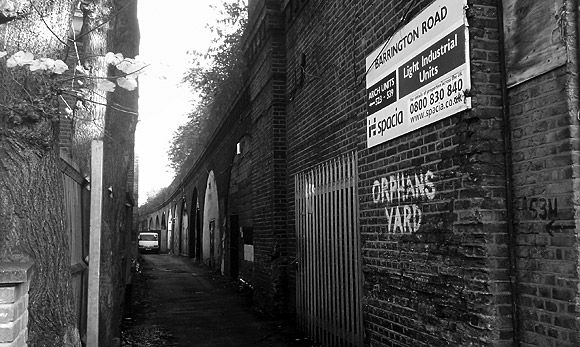 Situated underneath the railway tracks running above Barrington Road in Brixton is Orphan’s Yard.

The entrance to Orphan’s Yard is close to the junction with Coldharbour Lane, past the site of the old East Brixton railway station.

Such is its slightly shifty, out of the way feel, you half expect Arthur Daley and Terry to come bounding out from one of the lock ups. 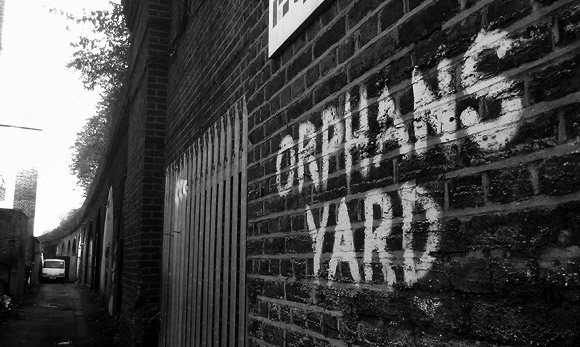 The alley takes its name from the nearby Brixton Orphanage for Fatherless Girls, which was founded in 1876 by Annie E. Montague and funded by several local Anglican churches.

By 1886, the orphanage was home to 300 ‘fatherless girls,’ and continued to serve until 1937, when it was closed and the remaining girls transferred to the Stockwell Orphanage.

The old orphanage is now used for private housing, although the building has barely altered over a hundred years [See: Barrington Road: Then and Now]. 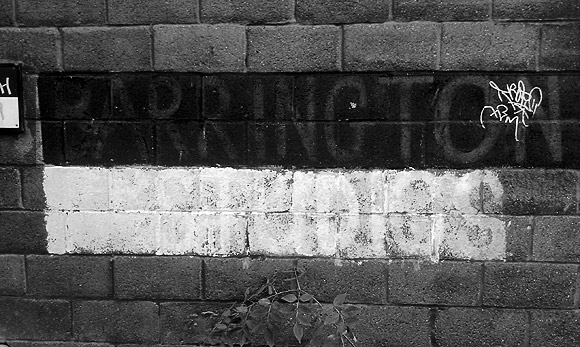 The space was later taken over by TimeWarp Studio, which signed off in some style when it closed some years ago:

The poorly named TimeWarp Studio (Let’s NOT do the timewarp again) arose from the ashes of the late great Paint It Black studio across the street. It exists on the site that was originally the famous (notorious?) Barrington Studios and so cost very little money to set up. This was fortunate as the amount of money available was very little. In March 2000 the legendary Mr. Oli K returned to his native French Alp and the studio was taken over by veteran Buckinghamshire guitar puncher Bruce. Since then it has become a second home to an increasing number of freaks, freeloaders and swine.
BLAH BLAH BLAH
IT CLOSED!
NEVER open a rehearsal studio unless you are RICH, MEAN, or BOTH. 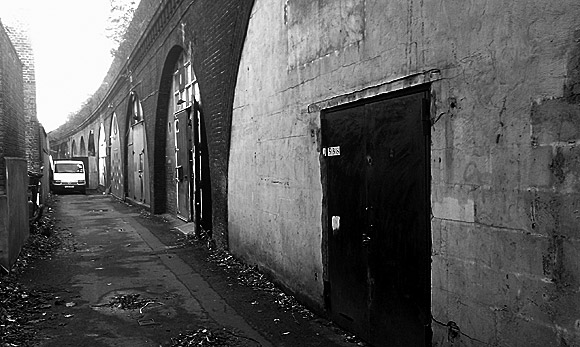 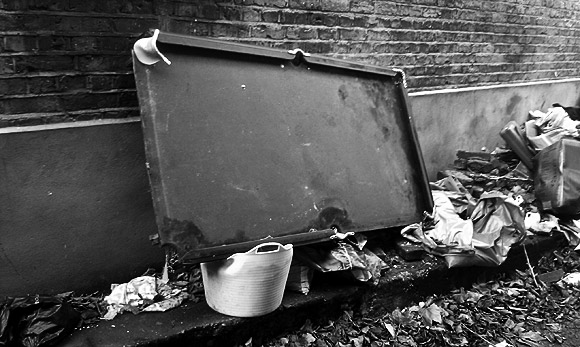 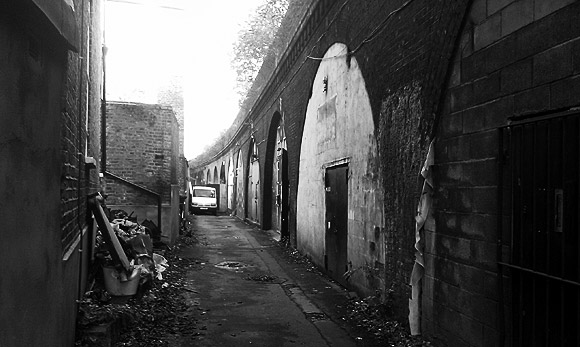