It seems a weird combination, but allow me to explain!

On Wednesday, the BBC effectively paid me to have Hugh Grant look at one of my pictures, when they interviewed him for the BBC One TV show.

The picture was of Garth Mountain, near Cardiff, which featured in a film he made in 1995. Here’s the photo and background to the story. 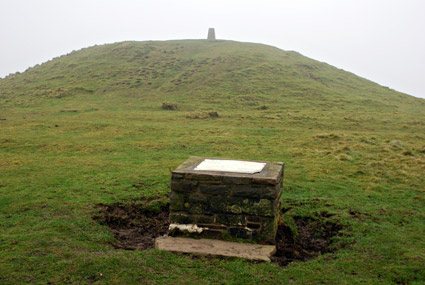 Visible for miles around, the mountain lies in the Taff Vale and looks down onto the small village of Gwaelod-y-Garth.

At the top of the mountain can be found several tumuli (ancient burial sites), dating back from the early to middle bronze age, around 2000 BC.

The mountain caught the public eye after a book called, “Ffynnon Garw” was made into a popular film called ‘The Englishman Who Went Up a Hill But Came Down a Mountain’ (1995), starring toff heartthrob Hugh Grant. 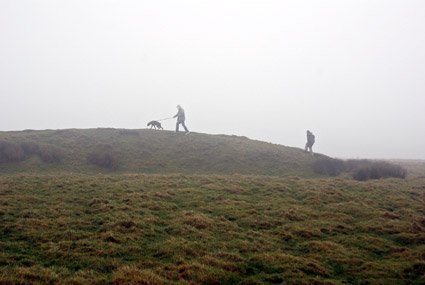 Set in 1917, the film tells the story of two English cartographers arriving at the fictional Welsh village of Ffynnon Garw who cause local outrage when they reveal that their mountain is in fact only a hill because it just falls short of the required 1,000ft.

Villagers then construct a tall cairn to ensure that the hill is high enough to be classed as a mountain.

The movie has since made Garth mountain a popular walking destination, adding to the regular annual pilgrimages from stoners keen to exploit its plentiful supply of magic mushrooms.

I was out in the pub celebrating the successful completion of my bastard tax return, but apparently there was a feature on UK internet takeup and a discussion about upgrading the UK broadband infrastructure.

Part of the report was an update to a 2006 story about a home where the teenage son was using broadband but the mother wasn’t interested. The story was updated to 2009, to show the mother now using online and shown logging onto Urban75 – which she mentioned was her ‘favourite website’

Morton Valence and the Mountain Of Love at the Railway Tavern, Tulse Hill

A trip along the Brecon Mountain Railway

Caerfilli Mountain with a headful of ale