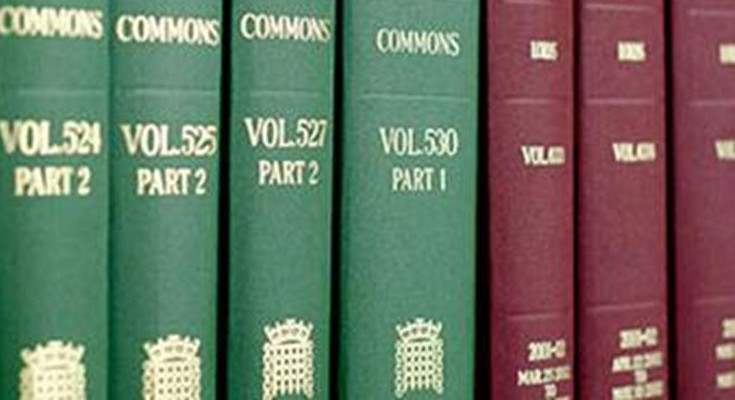 From the archives: spliffed-up tortoises on sticky buns appear in The Hansard!

The Draft Misuse of Drugs Act 1971 (Amendment) Order 2005 was discussed in the House of Commons on the 31st October 2005, with a host of MPs sat around the table.

The assembled representatives were discussing whether the ‘dance drug’ Ketamine should be made illegal.

The debate was recorded in The Hansard:

Martin Horwood (Cheltenham) (LD): I support my hon. Friend the Member for Hornsey and Wood Green (Lynne Featherstone) and the Minister in welcoming the proposal to add Ketamine to the register.

It is true that there is a great deal of information about the drug and its misuse. I found one disconcertingly well-informed website called urban.75.com, which explained the effects of Ketamine. It stated:

“If you’re on a dance floor music can sound heavy, weird and strangely compelling, lights seem very intense and physical co-ordination can fall apart along with an overall feeling of numbness.”

That is not surprising, given that Ketamine is an anaesthetic. The website went on to warn clubbers:

“This may turn you into a gibbering, spaced out bore, mumbling and slurring away while your dancing may begin to resemble Bill and Ben on acid.

Your movements may become as swift as a spliffed-up tortoise crawling across an extra-sticky big bun on a very hot day. You may be unable to move at all.”

That is humorously phrased, but the serious point is that an anaesthetic is not the best thing for someone’s dancing, and if a person falls as a result of taking the drug and is injured, they may not realise it. For instance, they may be bleeding without realising it.

The website warns of the further effects that the Minister and others mentioned: mixing the drug with other drugs may induce serious side effects, including, at its most extreme, heart failure.

Pleased as I am to see urban75 described as “disconcertingly well-informed”, I can only guess the faces on the MPs when he started quoting my words about “a spliffed-up tortoise crawling across an extra-sticky big bun on a very hot day.”

“I support my hon. Friend the Member for Hornsey and Wood Green in calling on the Government to support education. In that respect, allowing and supporting websites such as urban75.com is essential.

National charities such as Addaction have taken the same approach in pursuing education in media and language that are relevant to young people, which is worth much more than high-profile Government PR campaigns. I am happy to support the order”

All of which reminds me that I started the urban75 drugs section precisely because the government had failed to provide adequate, sensible and impartial information online.

A walk around Ashtead and Epsom Commons