The Vauxhall Society is up in arms over TfL and Lambeth Council plans to spend £25 million demolishing the shiny edifice that is Vauxhall Bus Station, just ten years after it opened. 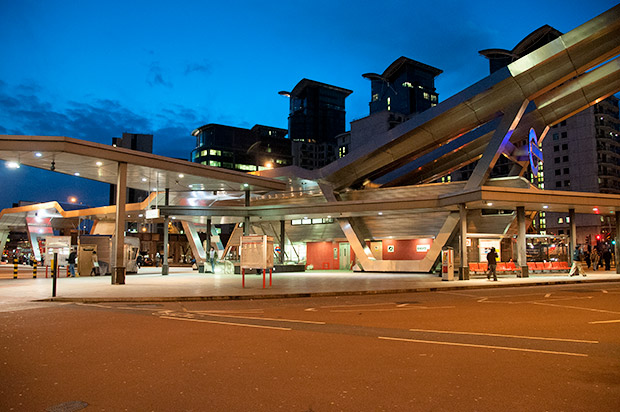 According to the proposals, the various bus stops currently using the station will be dispersed around the area as part of a plan to make the Vauxhall Gyratory a two-way system while creating a new ‘High Street.’

Today (3rd Feb 2014) is the last day for people to respond to Lambeth’s Local Plan and make their comments – for more info on how to submit your representations, take a look at the Vauxhall Society website. 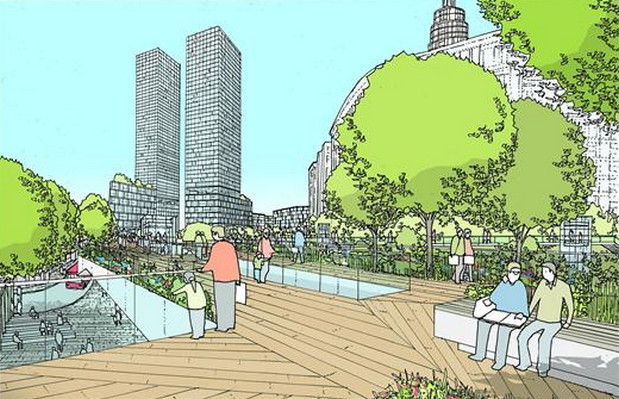 There’s been plans knocking around for this area almost since the ‘ski jump’ bus station was built – back in February 2011, the Architects’ Journal was reporting that the station may be flattened to make way for a £20m ‘linear walkway’ in the area:

Five practices – including local studio Marks Barfield and Irish company Heneghan Peng – have been shortlisted for the contest, with each set to reveal their designs early next month.

Costing up to £20 million, the raised walkway is part of package of community benefits linked to the developer’s proposal to build two 40-storey plus skyscrapers nearby.

The proposed walkway would have at least nine street-level access points and may also host a cycle route. CLS’s towers feature 400 flats and 18,600m² of office space with a 300 bed hotel and a six 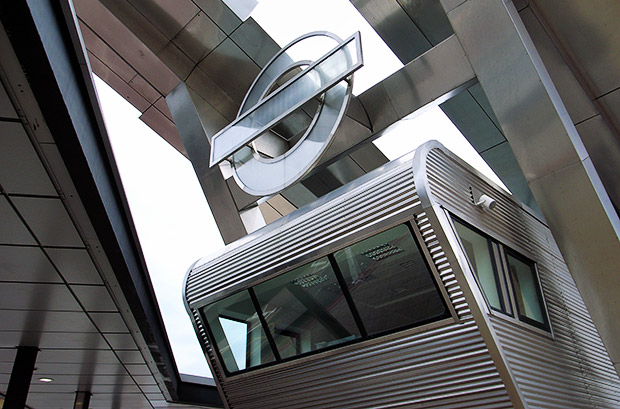 Those plans were swiftly abandoned, only to be replaced by a new plan to turn the area into a ‘lively riverside’ town centre,’ as the same journal reported:

The pedestrian friendly vision is at the centre of a Terry Farrell-designed supplementary planning document for the district adopted by Lambeth earlier this year.

Lambeth’s proposal would see Vauxhall’s bus stops relocated to a new ‘high street’ sheltered from the gyratory and the distinctive stainless steel canopy demolished to make way for an urban square. 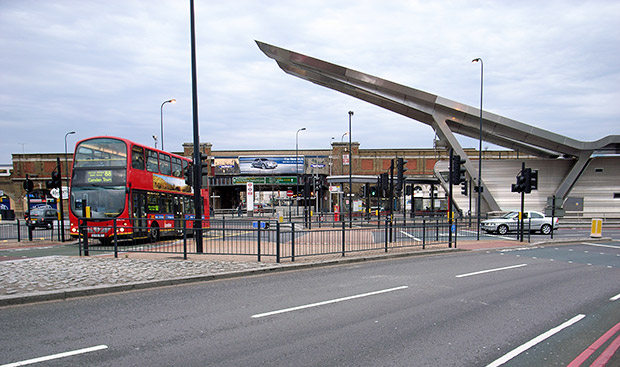 Despite opposition from the Vauxhall Society, Lambeth council leader Lib Peck seems to insist that it’s what local people want:

Lambeth’s ambitious plans to recreate Vauxhall as a lively riverside town centre that puts people before traffic have been shaped through wide consultation with local residents.

We welcome discussion about the bus station structure along with ideas about how to transform the area and radically improve it for pedestrians, cyclists and people who use public transport.

This is a once in a generation opportunity to transform an area that’s been dominated by the gyratory system and traffic and sadly overlooked. The development of Vauxhall which includes retaining excellent bus services and other transport connections will bring thousands of jobs and homes for local people and a more pleasant environment in which to live, work and play.

So what do you think about the proposals?