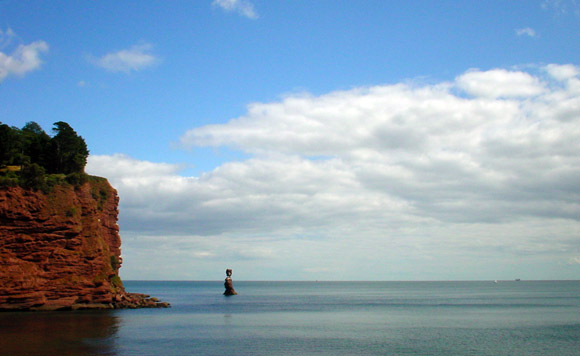 One of the most exciting, scenically stunning stretches of railway line in the UK has to be the Great Western main line that runs along a spectacular stretch of exposed coastline between Teignmouth and Dawlish.

The route takes you past stunning seaside views, with the train darting into a series of short tunnels blasted through the red rock. 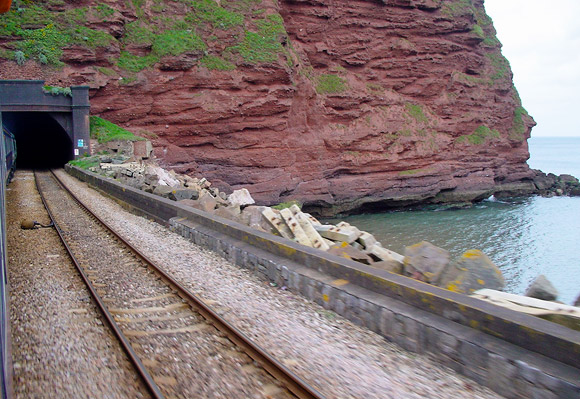 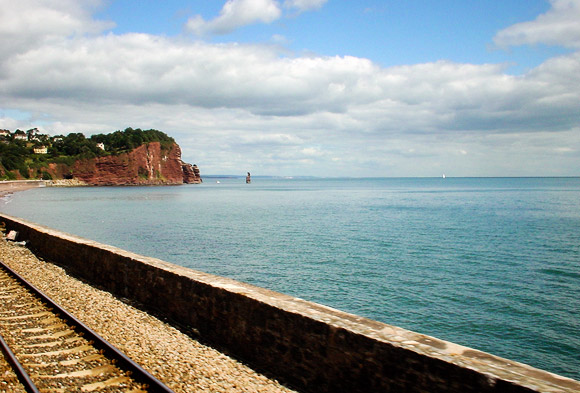 The red sandstone rock of Dawlish. The name Dawlish has had many derivations over the centuries – the earliest spelling was Deawlisc, or ‘Devil Water’, from the reddish coloured water which flows from the hills after heavy rain. 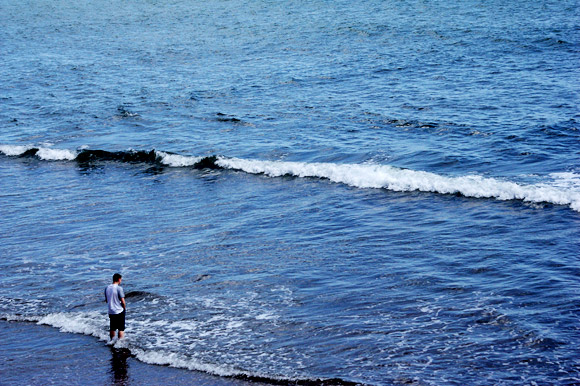 Built to Brunel’s daring broad gauge railway of 7 feet ¼ inch gauge, the stretch was originally intended to be worked as an atmospheric railway, but due to technical difficulties, atmospheric trains only ran from 13 September 1847 until 9 September 1848.

After the South Devon Railway was amalgamated into the Great Western Railway on 1 February 1876, the gauge was converted to the standard 4 feet 8½ inches after 20 May 1892. 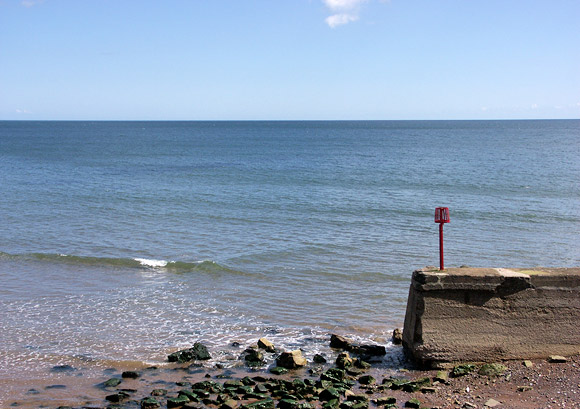 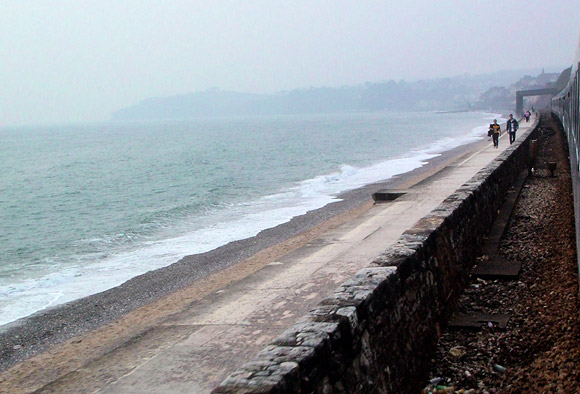 At times it seems that you could almost touch the sea from the train window (in winter storms, the spray from the sea can batter passing carriages). 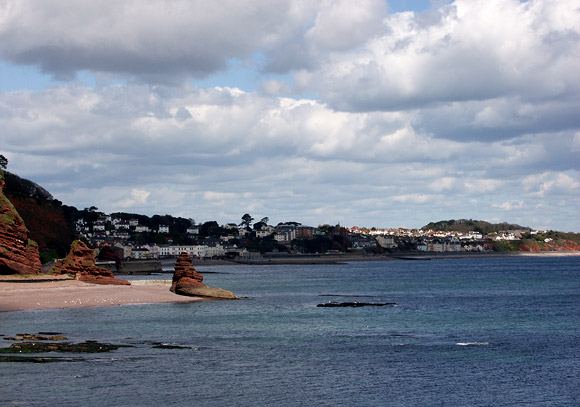 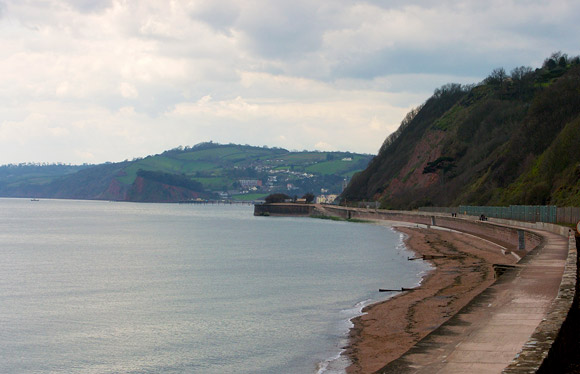 You can see how closely the track hugs the coastline. 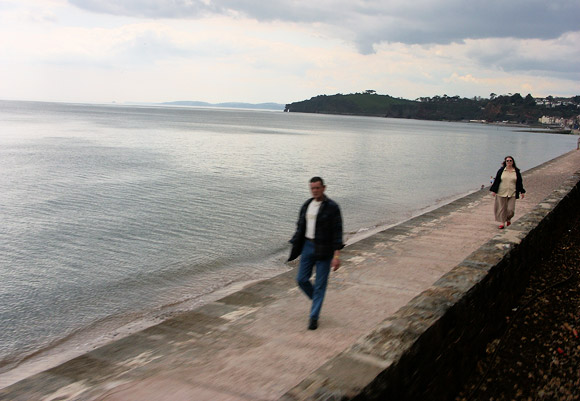 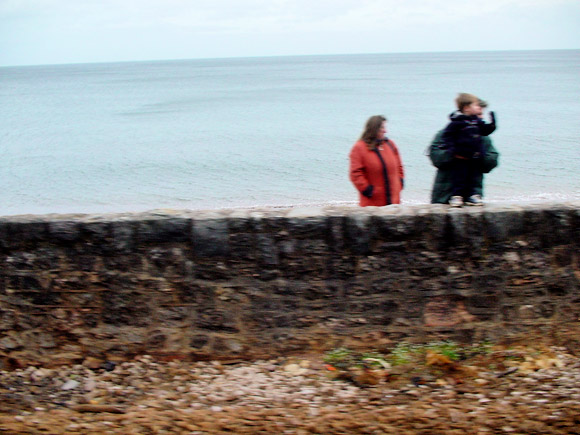 I’ll be the first to admit that some of the photos aren’t particularly good, but seeing as most of them were taken on fairly rubbish cameras while hanging out of a train doing 70mph, I trust you’ll forgive me! 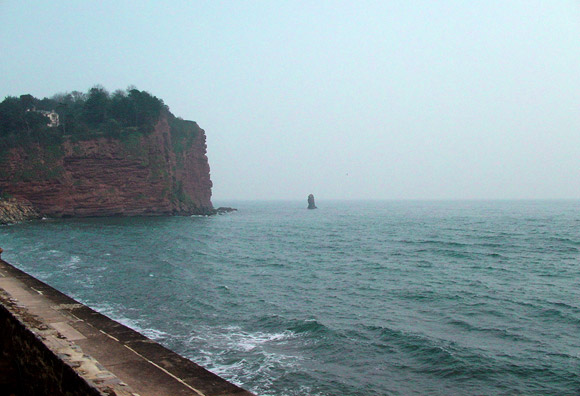 Through Dawlish on a winter’s morning. 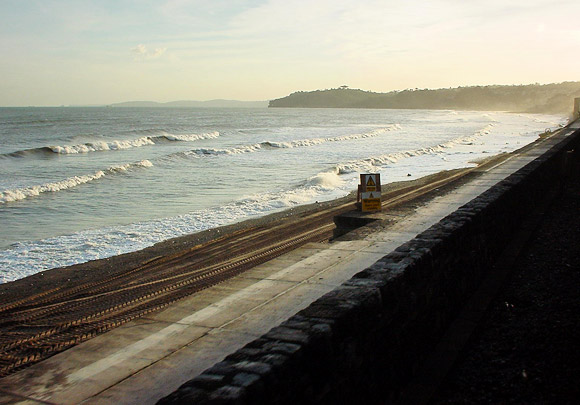 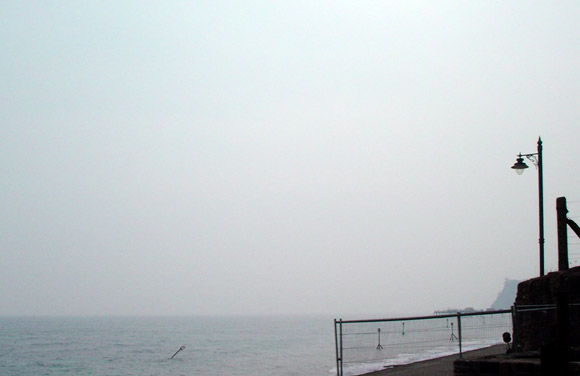 Get a great free view of London from One New Change, St Pauls

2 Comments on “View from a train: the stunning Great Western line through Dawlish, Devon”