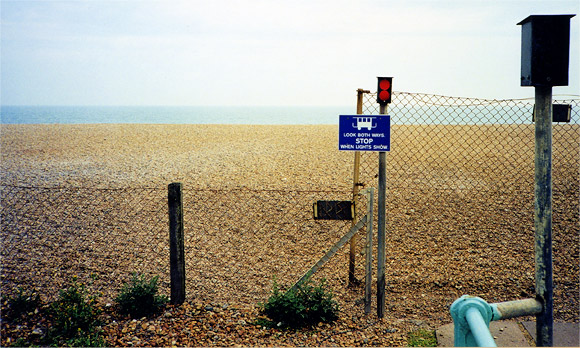 Although the beautiful West Pier looks unlikely to rise from the depths again, there’s still some quirky attractions to be found around the south coast city of Brighton.

One of my favourites is the Volk’s Electric Railway, which runs parallel with the beach for around one and a quarter miles (2 km), with several pedestrian crossings (above) giving sunbathers access on to Brighton’s famous beach. 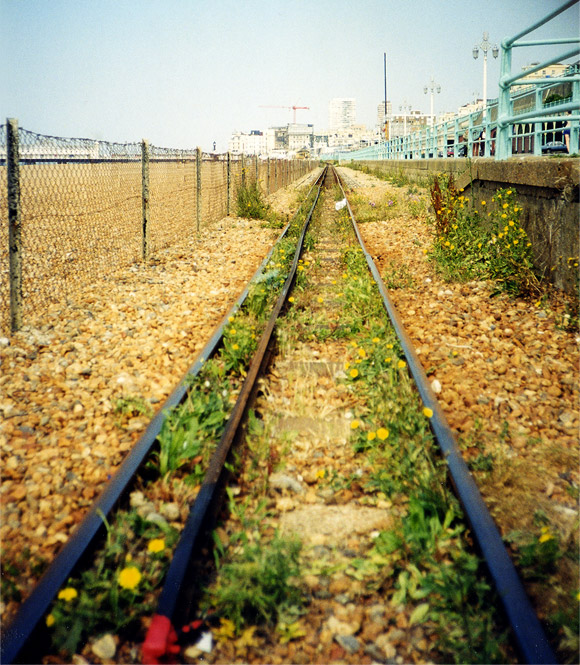 The electric railway was opened in 1883 by Magnus Volk and originally ran for just a quarter of a mile on a narrow two foot gauge.

Since then the line has been extended, re-gauged, shortened, closed and reopened, and now operates between Easter and September, with trains running every 15 minutes. 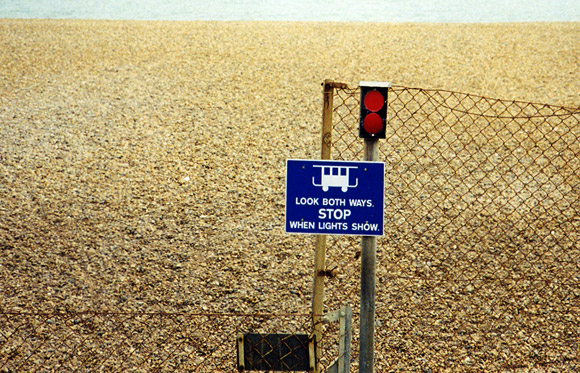 More photos and info:
Volk’s Electric Railway, Brighton – A trip on the oldest remaining operating electric railway in the world. 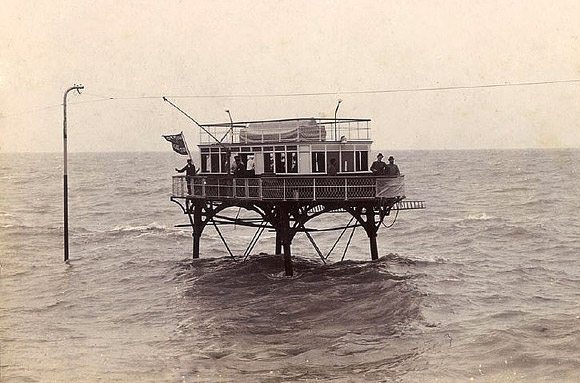 The railway in the sea

The unique coastline railway ran through the waves of the English Channel between 1896 and 1901, taking passengers for a ride on a bizarre Victorian stilted structure, which came complete with a captain.

Check out the videos below:

The mad railways of Brighton

A sunny summer’s afternoon in Brighton