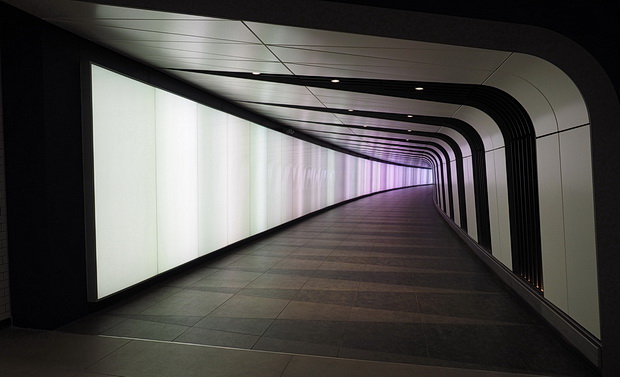 Looking like something off the set of a Star Trek movie is the new pedestrian tunnel at King’s Cross. 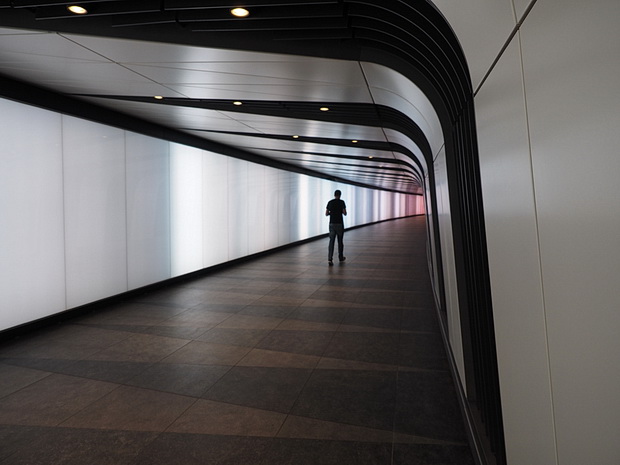 The integrated lightwall was designed by Speirs +Major, and features LED lights installed behind a jointed glass wall.

The technical blurb says that the LED lights are capable of emanating the full RGB spectrum and also a white light spectrum from 3.0K to 6.0K, so can create moving light shows with no shadow lines. 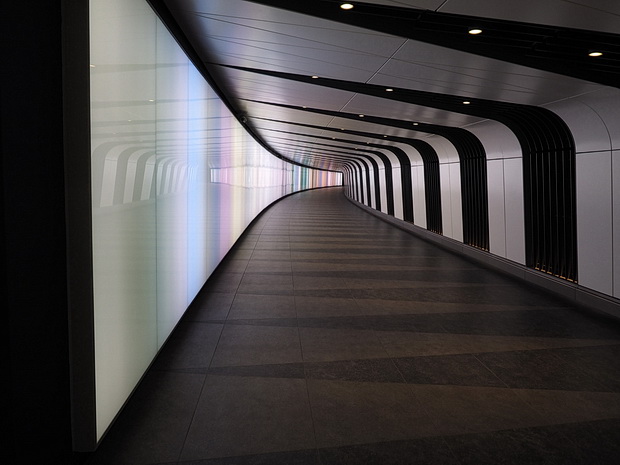 For the opening months, the wall will have a dedicated light artwork on display. Called ‘Pipette’ and created by Miriam Sleeman and Tom Sloan, the pattern is suppose to, “evoke the colourful tapestry of King’s Cross through a tranquil yet animated design.”

I’m not so sure about myself, that but it still looked pretty enough in a time-tunnel portal kind of way.  I liked it. 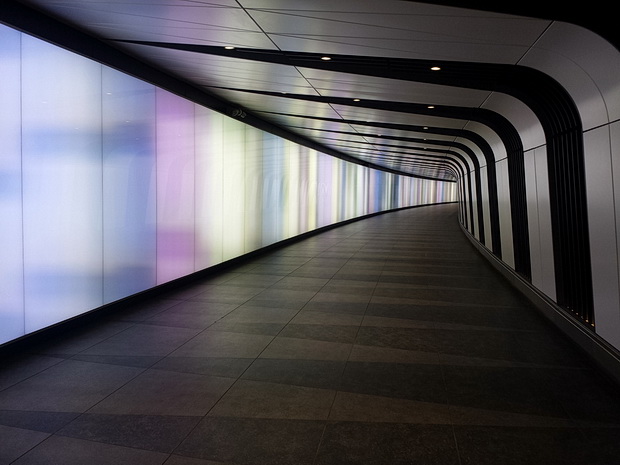 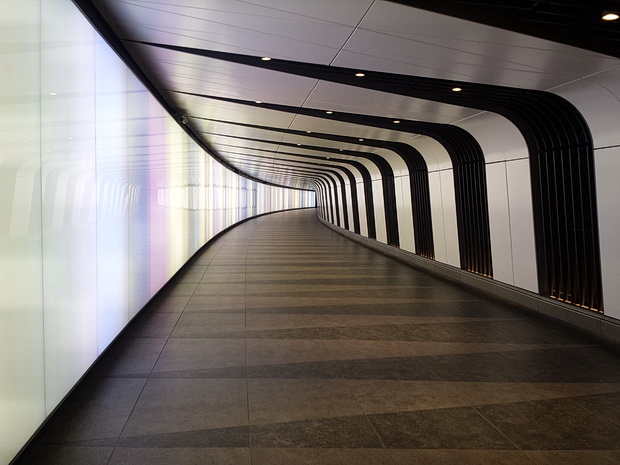 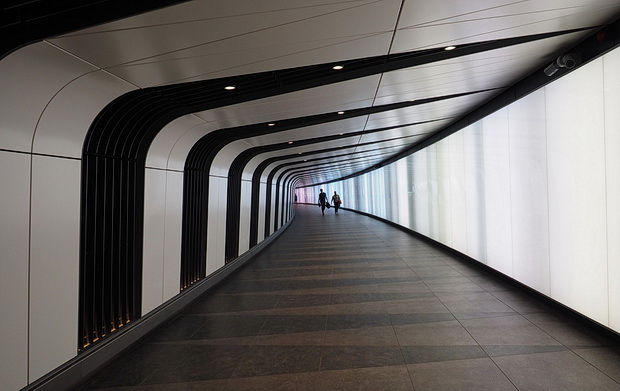 The entrance to the tunnel is in the north-east corner of the One Pancras Square building, and it is accessed via an escalator hall.

The tunnel is open to pedestrians from Monday-Sunday, 7am until 8pm.