I fear I would be failing in my responsibilities as a seasoned festival-goer to not pass on some words of advice to anyone who has booked their first ticket to Glastonbury festival, or they’ve been looking at photos of sun-bronzed revellers enjoying recent Glastos.

It’s not always that good. They were damn lucky.

Glastonbury isn’t normally like a holiday in the sun with some great bands thrown in. More often than not it’s an ordeal. A trial of drugs, beer, endurance, bad toilets. Pot Noodles, mud and filth where a few swimming proficiency badges may come in handy.

You usually have to work damn hard to enjoy yourself, goddammit.

And if you don’t believe me, allow me to show what two previous Glastonbury festivals looked like – and it’s not a pretty sight: 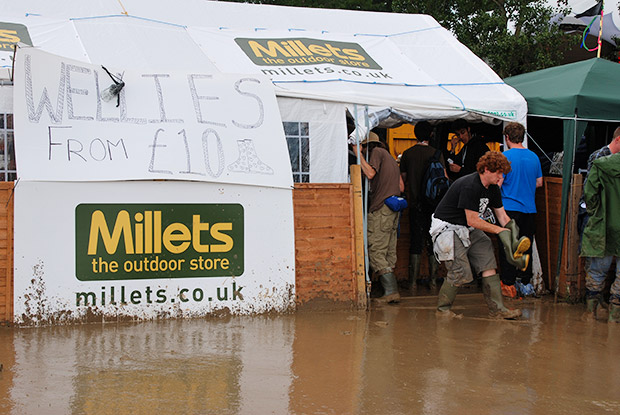 Here’s the thrills that were in store for festival goers attending Glastonbury 2007.

It started a little overcast. And then rained for just about all of the festival. 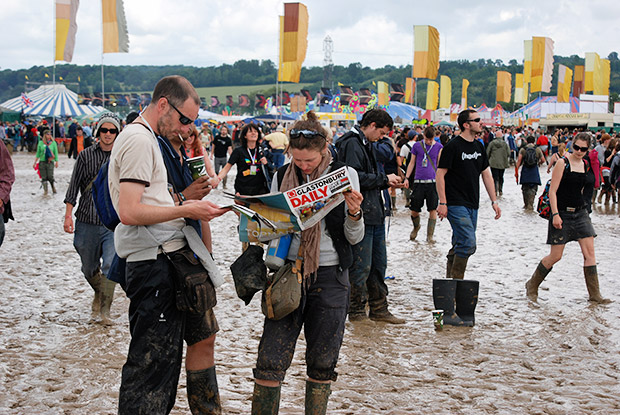 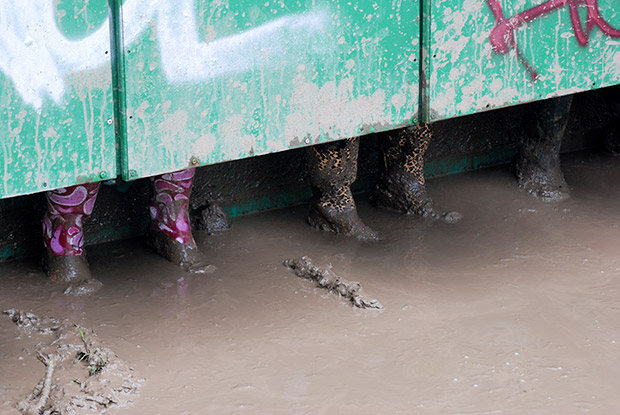 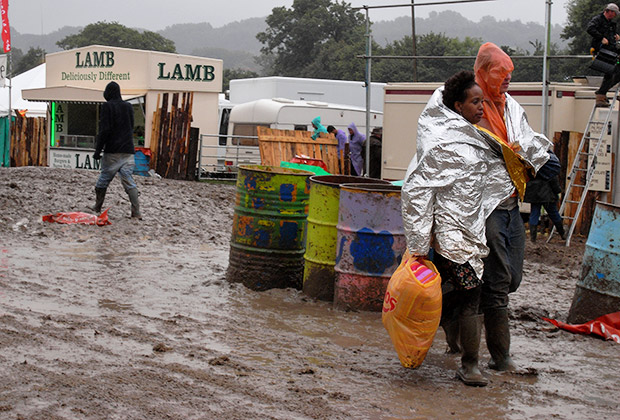 Rain and thick, gloopy mud. Lots of it. 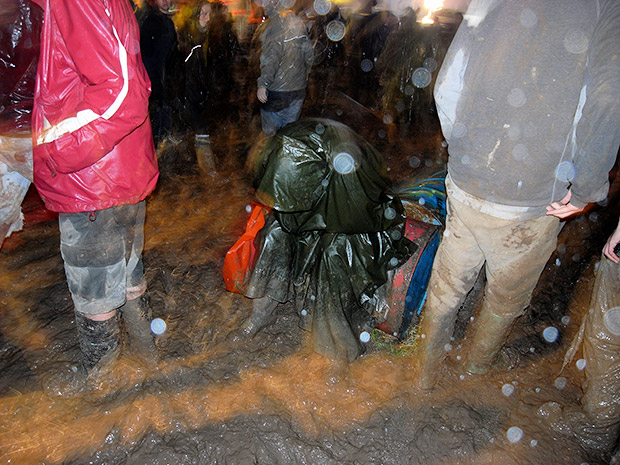 By Sunday the whole site was a wet quagmire with a biting wind that was enough to break Everest-ascending veterans.

People shuffled aimlessly about in wellie-sucking thick mud and tried to huddle under whatever shelter they could find as the rain ceaselessly pelted down. It was miserable.

No drug could relieve you from the dystopian gloom that was Sunday night at Glastonbury 2007. I know because I tried them all. 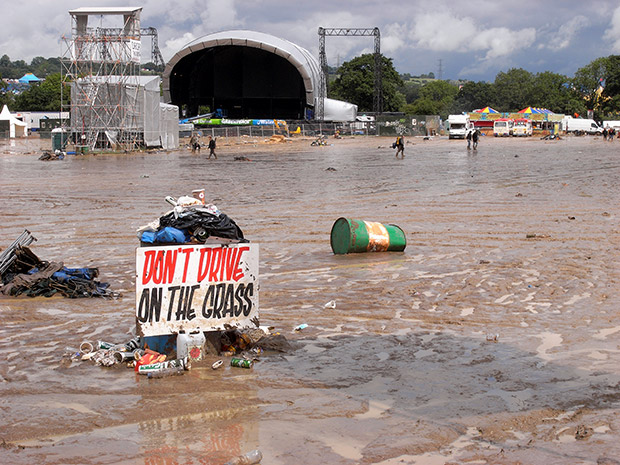 The scene of devastation on the Monday morning when the sun finally came out. 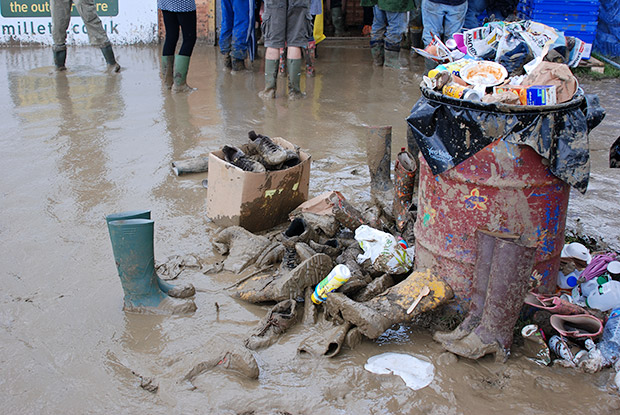 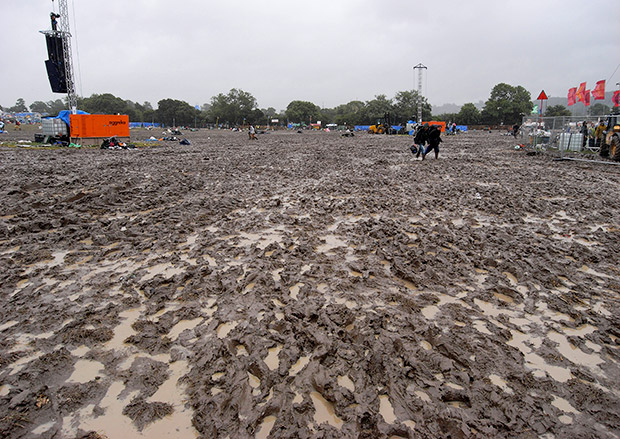 A scene from The Somme perhaps? 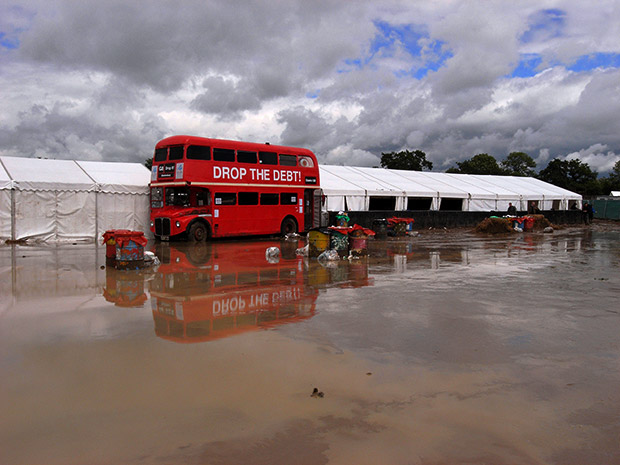 The site looked more like a muddy lake with God knows what lurking in its muddy depths. 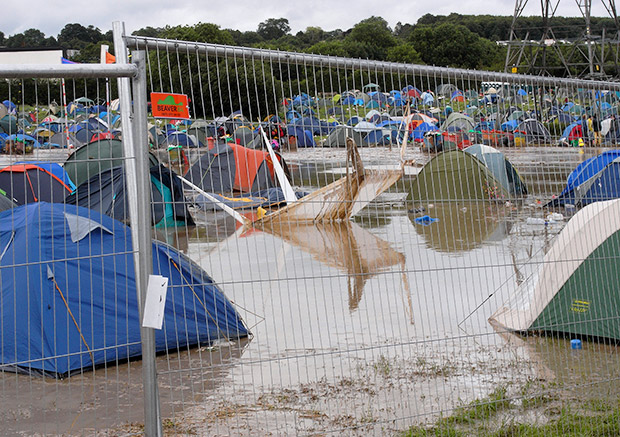 Leaving the site past submerged tents. Rarely had a bath felt so good than when I finally made it home.

And it got worse…

If you think 2007 looked bad, wait until you feast your eyes on these scenes from 2005, where things got so bad people were treated for trench foot!

It started off so well though. For the first two days I was there it was glorious sunshine all the way. And then… 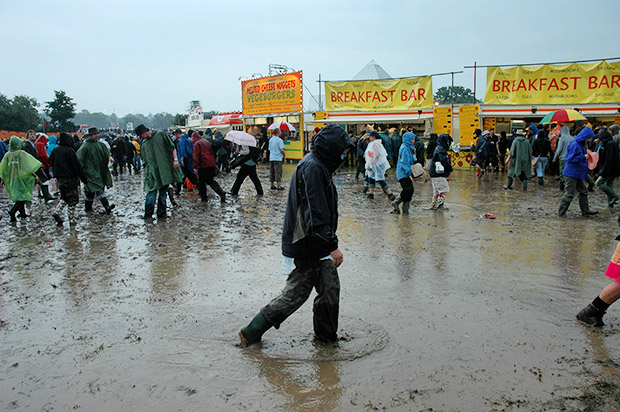 After a night of extremely heavy rain, the site had transformed into a Tribute To Mud. 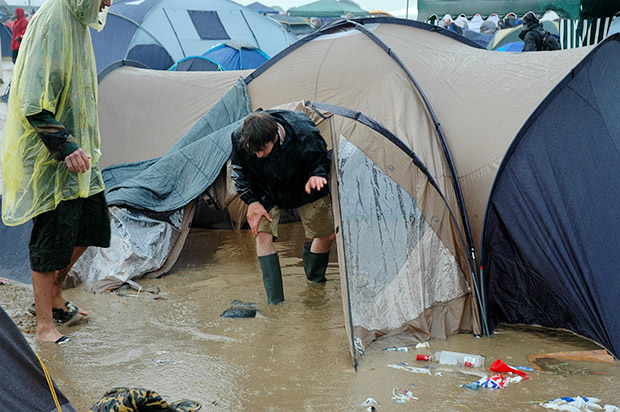 Sleeping revellers woke to find a stream running through the middle of their tents, with their clothes and belongings floating away downstream into the dark night. 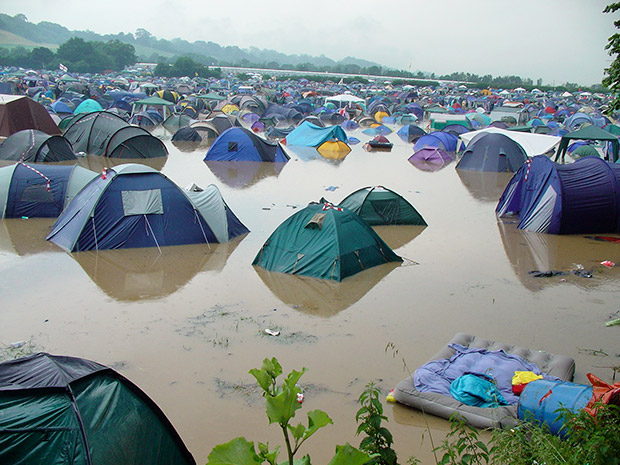 During the night’s torrential rainstorm, folks were forced to abandon their tents as a cascade of water ran down the hillside and formed a substantial river.

There were reports of portable toilets toppling over in the mudslide and emptying their contents into the water flowing into people’s tents. Now there’s a thought you don’t want to leave in your head for too long.

After what must have appeared as Biblical retribution, many threw in the towel and just went straight home in the morning. 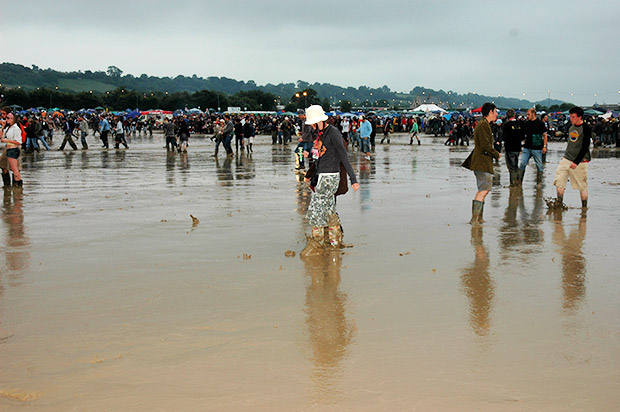 Wading between the stages. 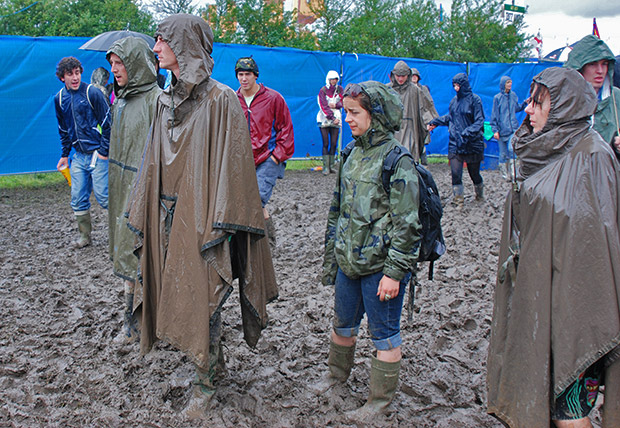 This is the kind of fun that was Glastonbury 2005.

Now, I don’t want you to think I’m in any way bitter at those sun-tanned people who came back from a wonderful Glastonbury festival in the years I#ve decided not to go.

But if I end up going next year and it turns out to be another mud nightmare, I may have some harsh words to say to Him Upstairs. That is all.

…or relive the full Glastonbury 2005/2007 experience with these archive photo features:

Around the Green Fields

Glastonbury aftermath pt3
To the Green Fields and the Stone Circle.

Glastonbury aftermath pt 4
A wade around the Other Stage.

Glastonbury gallery
120+ photos in and around the site

Yellow hat, bumblebee and the Super Furry Animals at Glastonbury

Green Gathering 2017 in photos – scenes around the festival site

The worst festival ever!

5 Comments on “Warning to Glastonbury festival first-timers – it’s not always that bloody good (see: great mudfests of the past)”