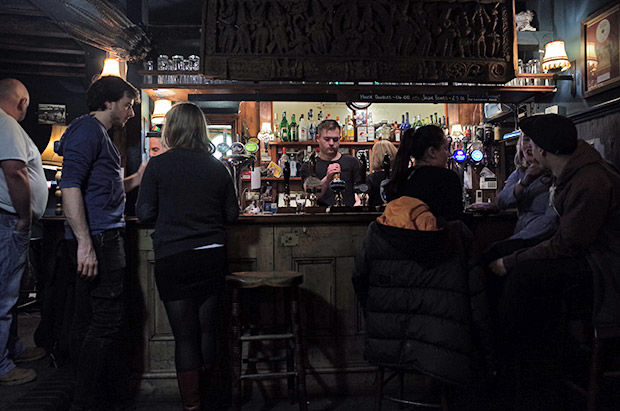 Keen to let alcohol smooth away the disappointment of Dulwich Hamlet‘s 0-2 defeat against Lewes FC on Saturday, we decided to spend an evening in the East Sussex town enjoying some of the many fine pubs in the town. 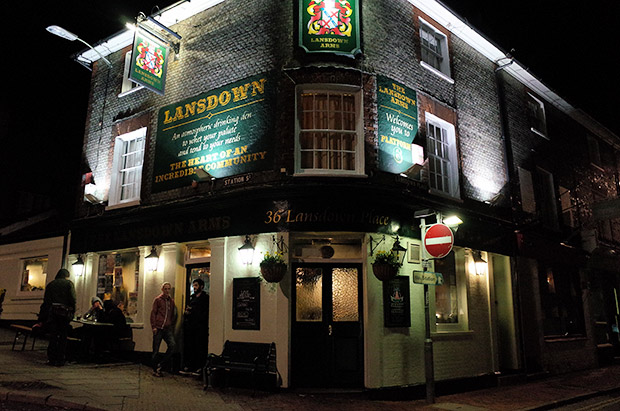 Our ambitious plans for a pub crawl around town swiftly went awry as we found ourselves being seduced by the raucous randomness of the Lansdown Arms, a small but very lively hostelry situated a short walk from the railway station.

The place was a riot. A proper Saturday night boozer. And best of all, there was a great big tree in the middle of the bar. 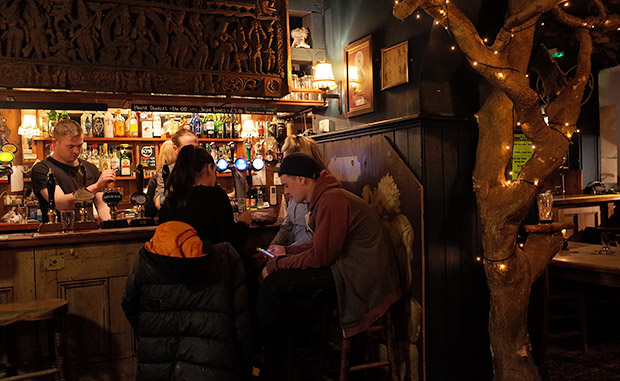 As I ordered the first round of drinks, a bunch of lads by the bar were describing their recent fights, each adding graphic detail about where the punches went, with the occasional re-enactment of what they felt were particularly impressive moves.

They were no bother though, and soon headed out into the cold night, perhaps on their way for a fresh bout of fisticuffs elsewhere. 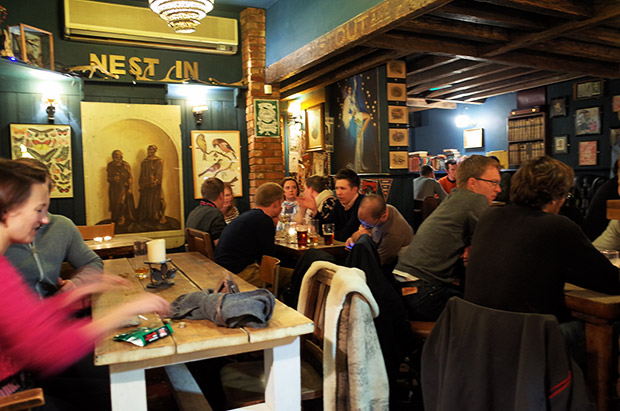 The bar staff were friendly and there was a good selection of ales on offer, but it seemed appropriate to stick with the excellent  Harvey’s Sussex Ale, seeing as the brewery is only a few hundred metres away.

Pounding out through the modest sound system with varying levels of distortion was a hugely eclectic range of genre-spanning songs. 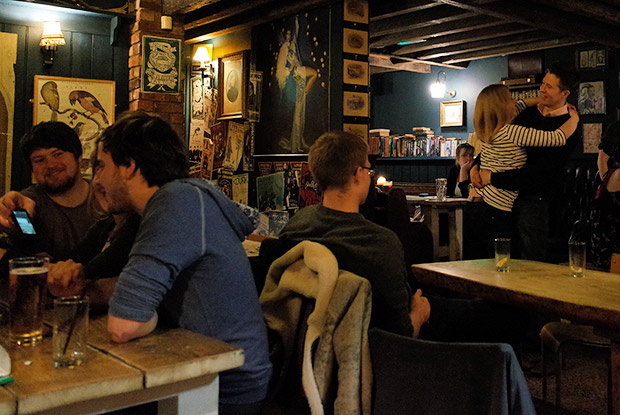 A customer free-for-all at the DJ machine meant that some songs would only last 30 seconds or so before being swiftly replaced, while some were loved so much they were played several times.

I got chatting to a heavily tattooed young bloke bloke with enormous, t-shirt ripping muscles who told me how miffed he was that they’d taken his choice of Roots off after just 60 seconds. I’m not sure who took off his song, but I’d certainly think twice about it. 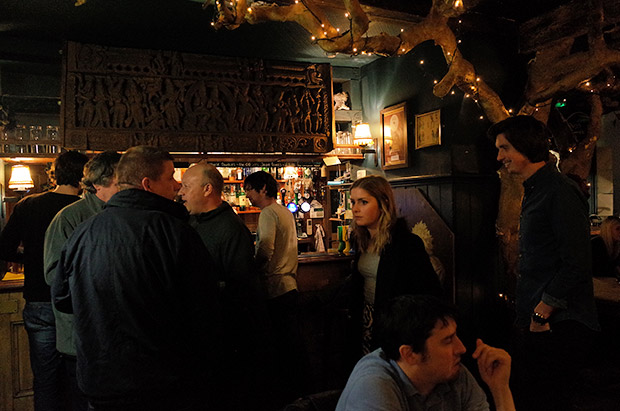 There was a fairly mixed crowd milling around the pub, with many of the drinkers joyously bursting into song whenever anything by Oasis came on, with the Stone Roses also proving hugely popular.

Leaning against the bar was the oldest Oasis  fan in the world, who would swing his arm in the air for the big singalong numbers while a man with an unfeasibly large beergut balanced on a delicate bar stool while necking pints at an impressive rate. 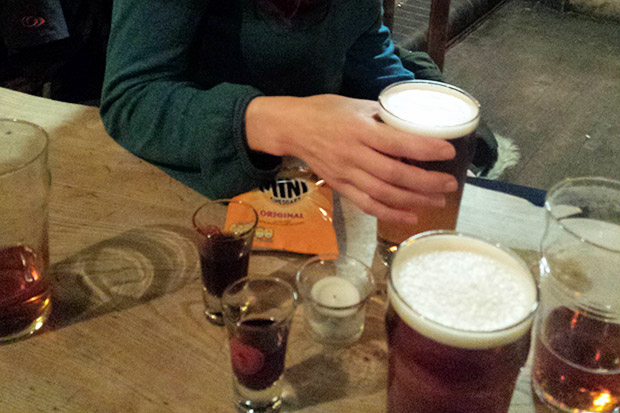 The joyous table across from us were definitely there to have a good time, all the time, and kept the bar staff busy with orders of shots on constant rotation.

Sporadic bouts of drunken dancing added to the table’s fun ambience, although one of their members became so drunk he had to be manhandled into a chair by a female companion.

We found ourselves getting caught up in the alco-fest occasion, and soon Jager shots were accompanying our ales, although we managed to resist the lure of joining in with the regular ‘Wonderwall’ choruses.

I can’t remember what time we left, but we had a great night.

The Lansdown Arms is a fabulous, unpretentious, good-time pub and quite probably one of the liveliest you’ll find in the area.

It’s not one for quiet romantic liaisons, hushed discussions about the hoppy nuances of real ales or high-powered business meetings, but it’s a ruddy good night out. They put on bands occasionally too. Recommended.

A night at the Water Rats, Kings Cross – loads of bands, but not a love of love

Some photos from around Brixton on a Saturday night

The Bromley Arms, Cleveland St NW1 and the case of the bad shilling