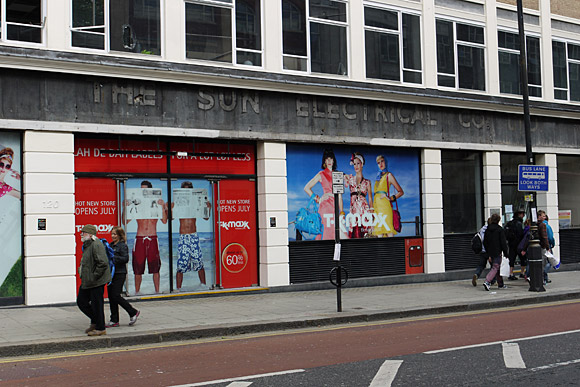 After selling a few photos recently I was able to justify shelling out for a Lumix 14mm-45mm zooms lens for my Panasonic Lumix GF-1 camera.

In case you’re not familiar with the camera, the GF-1 uses the Micro Four Thirds system, offering near-dSLR quality images, removable lens and high end controls in a compact package considerably smaller than a regular SLR.

It’s a great ‘bigger brother’ to the Lumix LX3 compact camera – my favourite small digital snapper – and when used with the nifty 17mm ‘pancake’ lens, is a great street shooting camera.

In the above photo you can see the old Borders store in Charing Cross Road, London, with the name of its previous owners, The Sun Electrical Co Ltd clearly visible.

The store is set to reopen as a TK Maxx fashion shop. 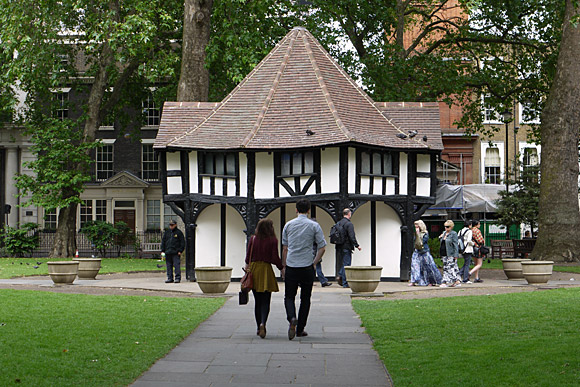 All the photos were blasted off in the camera’s excellent ‘iA’ auto mode, with occasional exposure compensation tweaks. This is Soho Square, a short walk away from the bustle and hustle of Oxford Street. 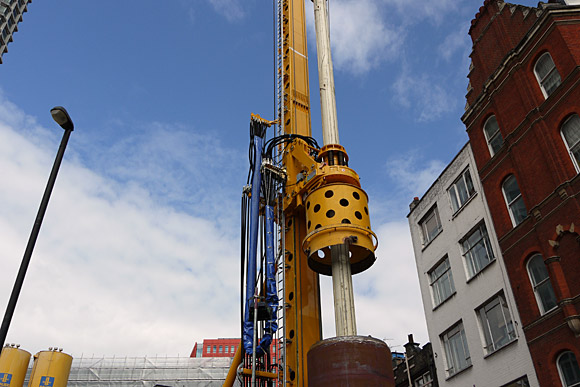 This monster pile driver is near the junction of Charing Cross Road and Oxford Street, and is part of the major works involved in the Crossrail project. 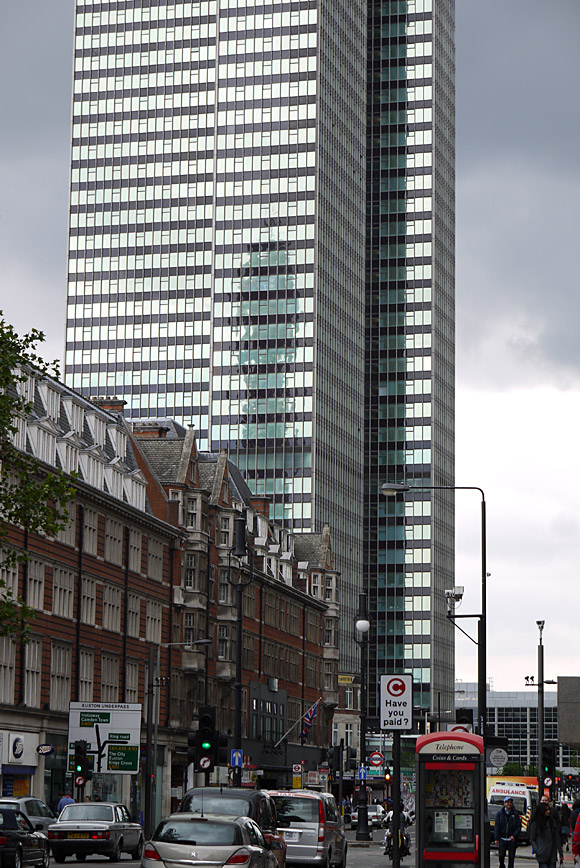 You can clearly see the reflection of  the Telecom Tower in this shot of Euston tower near  Warren Street tube station.

(This feature was originally published on my other blog, Wirefresh)